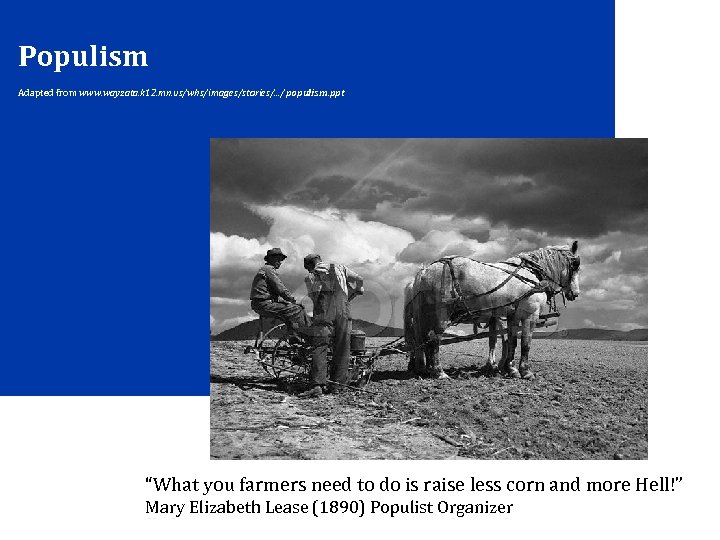 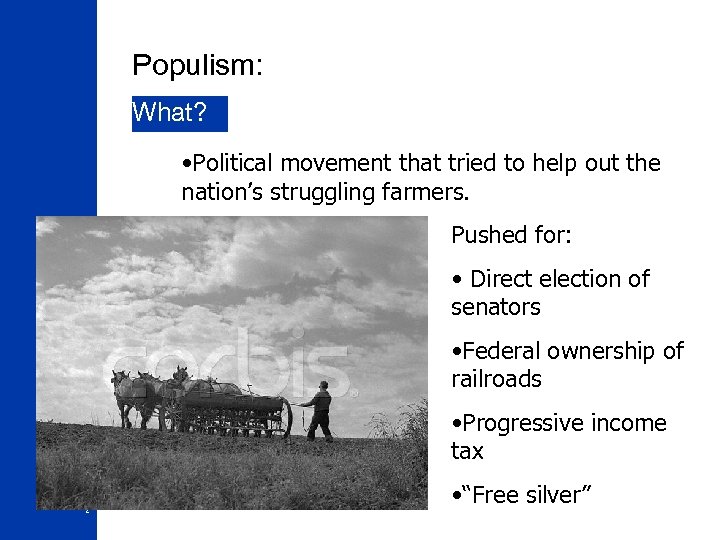 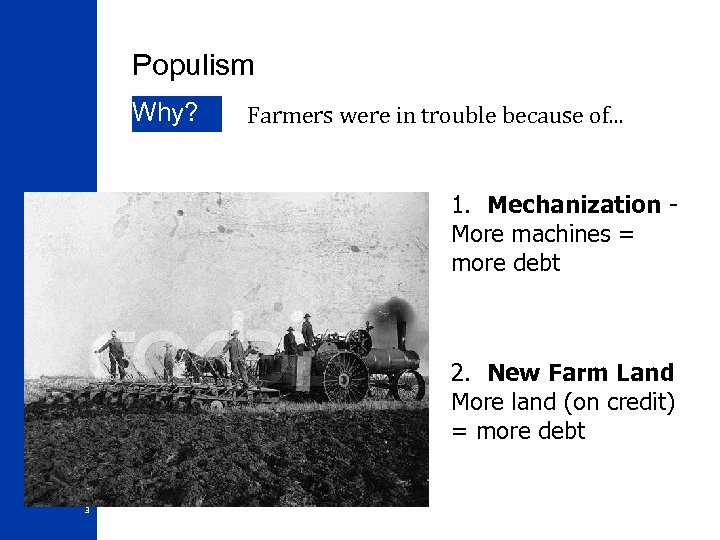 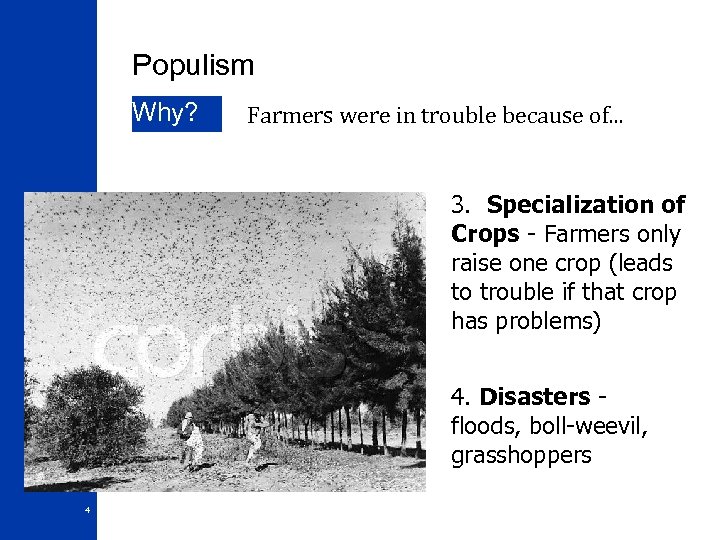 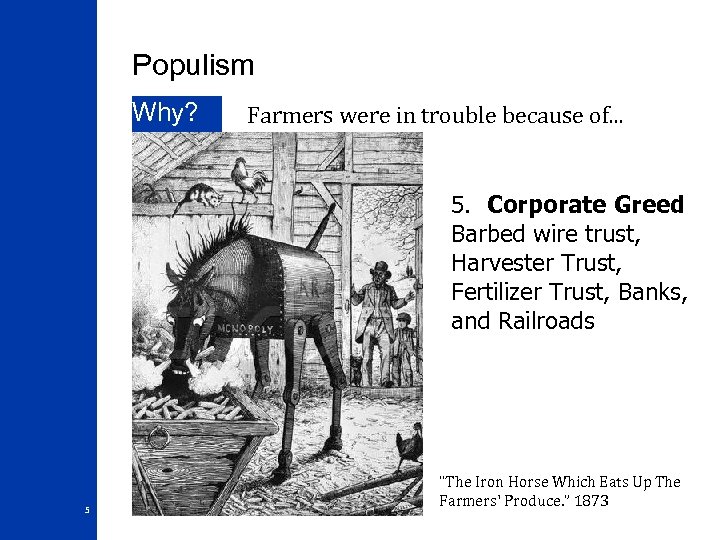 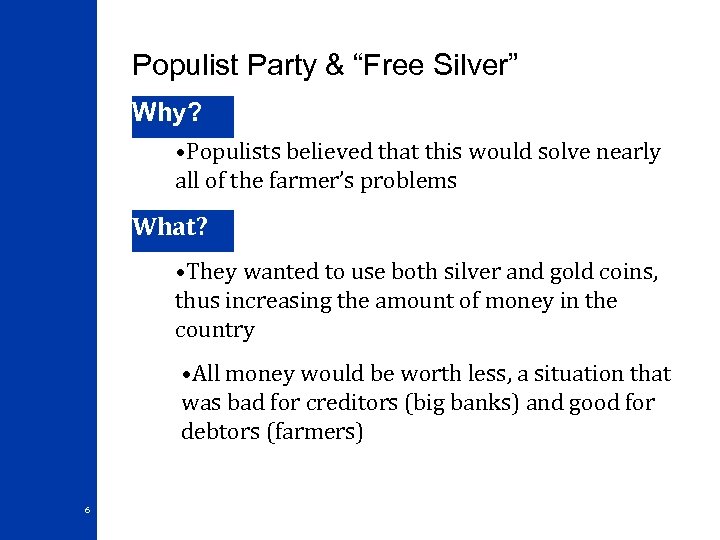 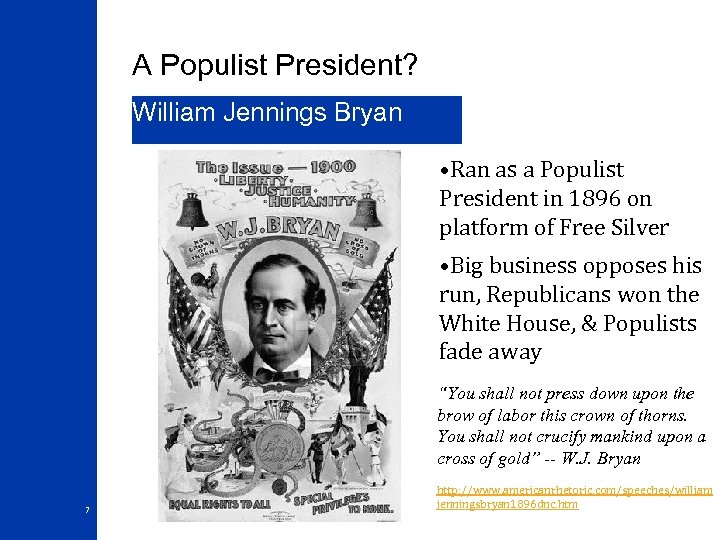 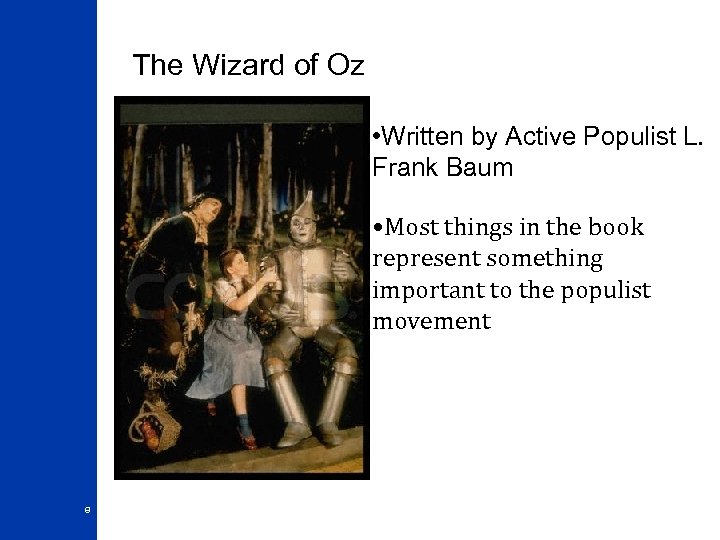 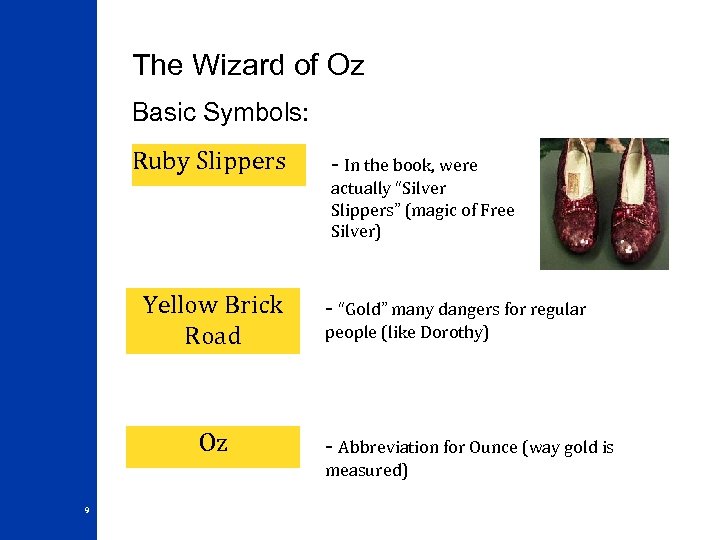 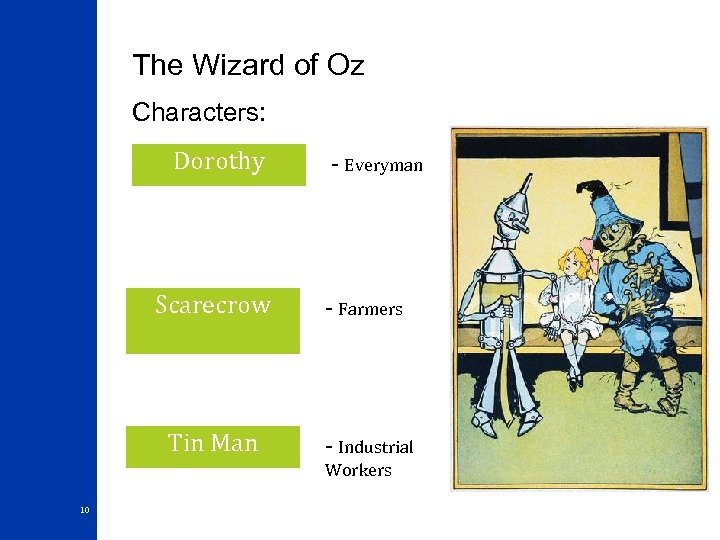 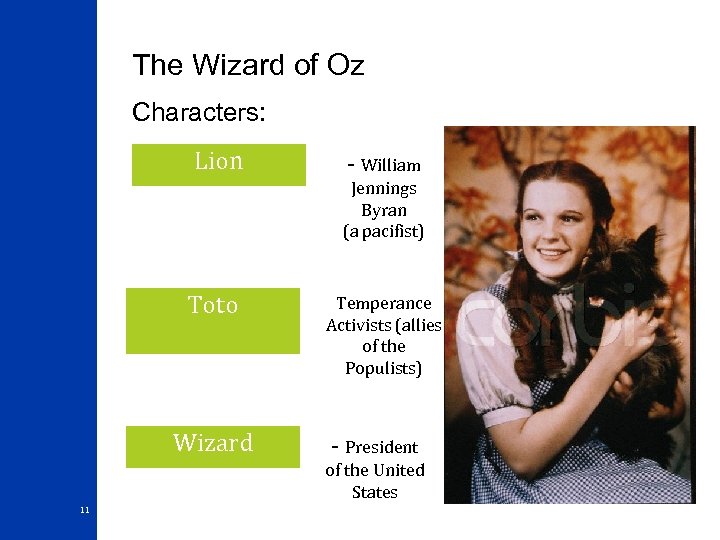 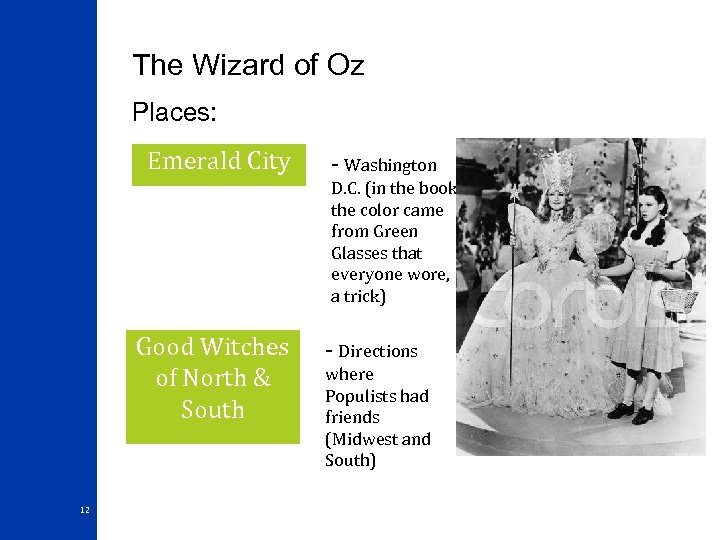 Populism Why? Farmers were in trouble because of. . . 3. Specialization of Crops - Farmers only raise one crop (leads to trouble if that crop has problems) 4. Disasters floods, boll-weevil, grasshoppers 4

Populism Why? Farmers were in trouble because of. . . 5. Corporate Greed Barbed wire trust, Harvester Trust, Fertilizer Trust, Banks, and Railroads 5 "The Iron Horse Which Eats Up The Farmers' Produce. ” 1873

Populist Party & “Free Silver” Why? • Populists believed that this would solve nearly all of the farmer’s problems What? • They wanted to use both silver and gold coins, thus increasing the amount of money in the country • All money would be worth less, a situation that was bad for creditors (big banks) and good for debtors (farmers) 6

A Populist President? William Jennings Bryan • Ran as a Populist President in 1896 on platform of Free Silver • Big business opposes his run, Republicans won the White House, & Populists fade away “You shall not press down upon the brow of labor this crown of thorns. You shall not crucify mankind upon a cross of gold” -- W. J. Bryan 7 http: //www. americanrhetoric. com/speeches/william jenningsbryan 1896 dnc. htm

The Wizard of Oz • Written by Active Populist L. Frank Baum • Most things in the book represent something important to the populist movement 8

The Wizard of Oz Places: Emerald City - Washington D. C. (in the book, the color came from Green Glasses that everyone wore, a trick) Good Witches of North & South 12 - Directions where Populists had friends (Midwest and South)