POLLUTION OF THE OCEANS RIVERS AND LAKES 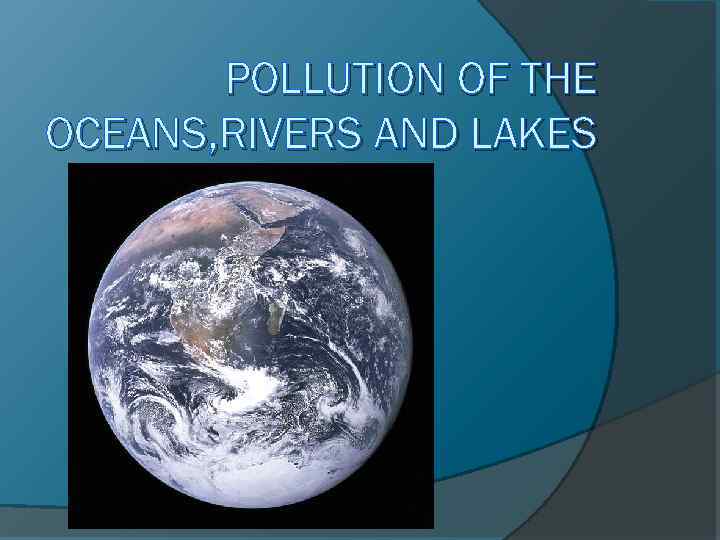 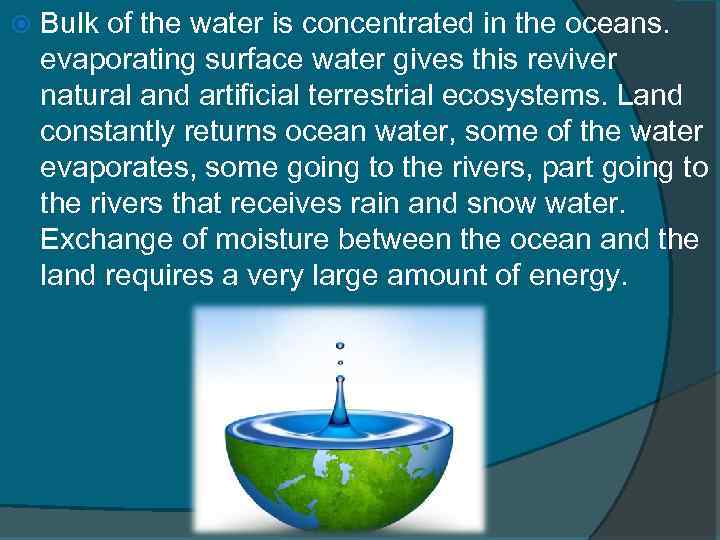 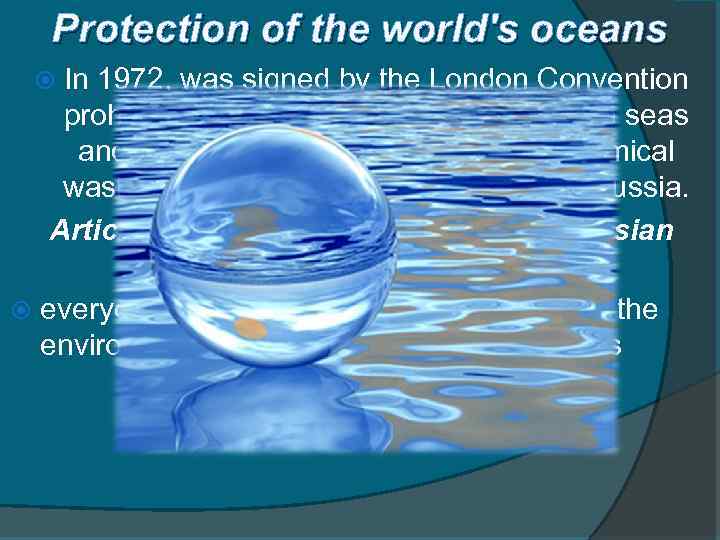 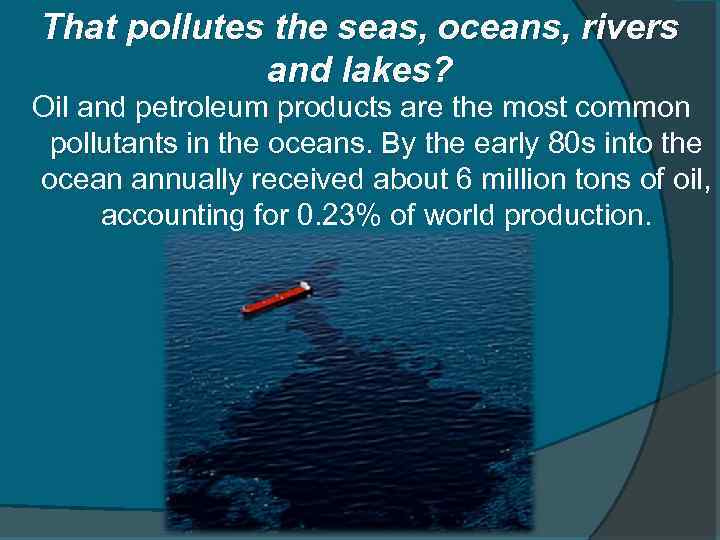 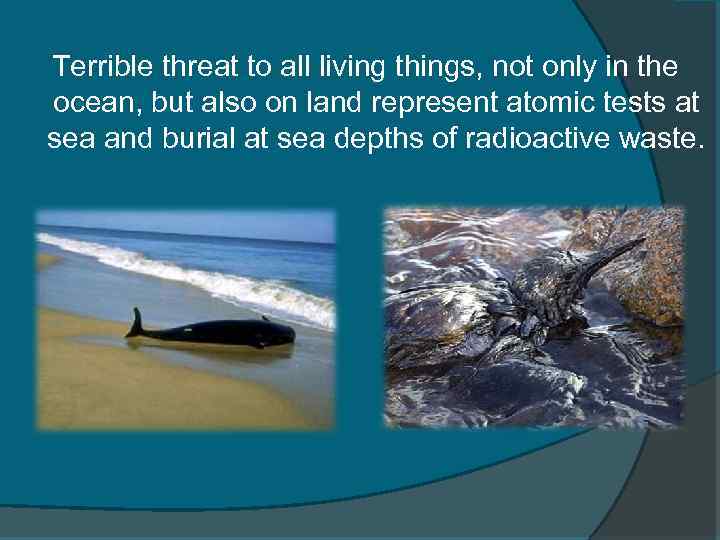 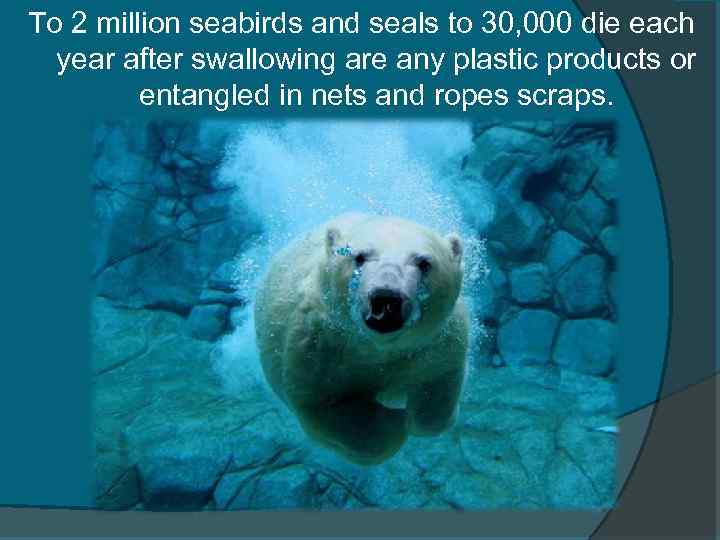 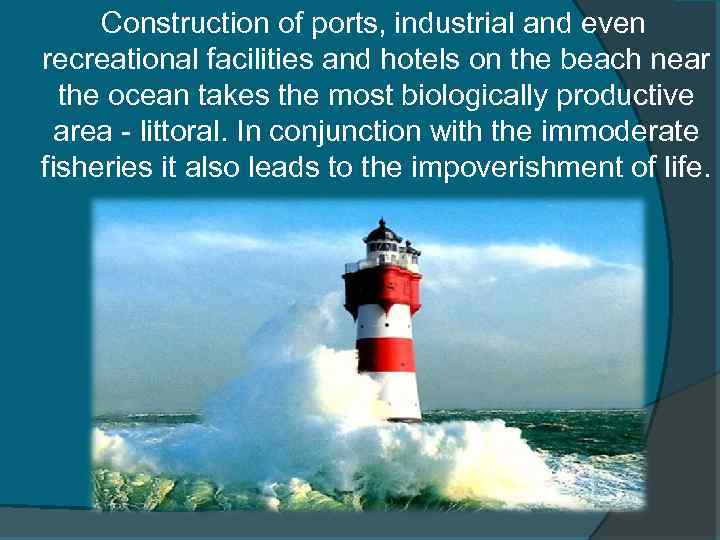 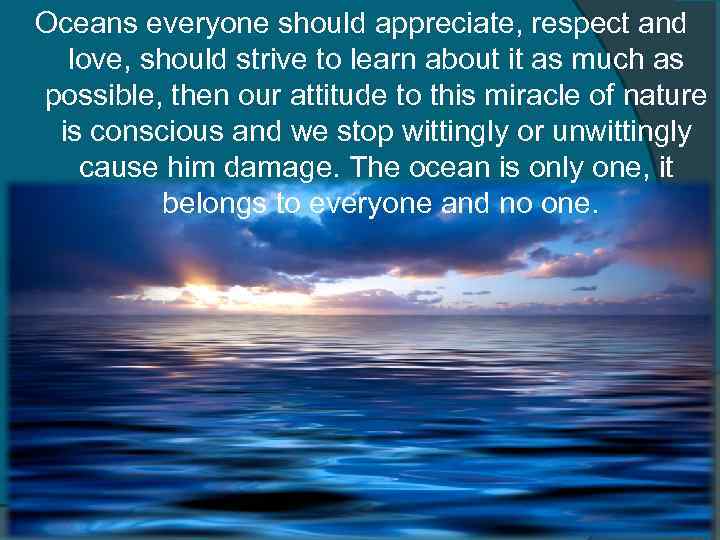 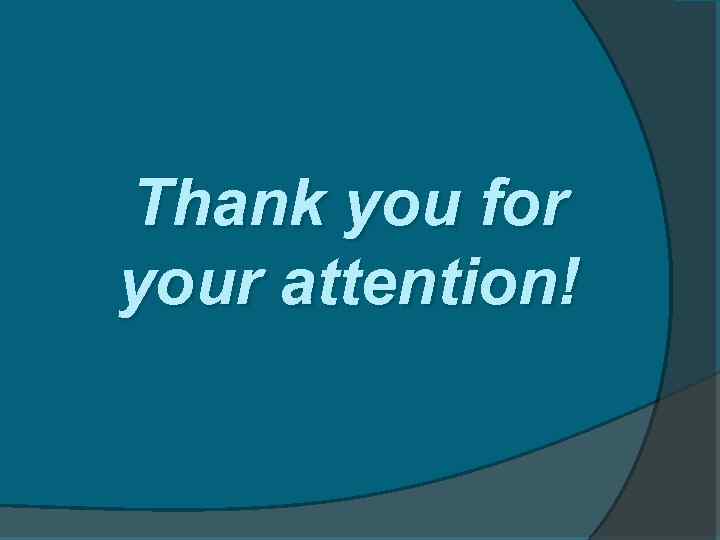 Скачать презентацию POLLUTION OF THE OCEANS RIVERS AND LAKES

POLLUTION OF THE OCEANS, RIVERS AND LAKES

Bulk of the water is concentrated in the oceans. evaporating surface water gives this reviver natural and artificial terrestrial ecosystems. Land constantly returns ocean water, some of the water evaporates, some going to the rivers, part going to the rivers that receives rain and snow water. Exchange of moisture between the ocean and the land requires a very large amount of energy.

Protection of the world's oceans In 1972, was signed by the London Convention prohibits the dumping at the bottom of the seas and oceans of radioactive and toxic chemical waste. Acceded to this Convention and Russia. Article 58 of the Constitution of the Russian Federation: everyone is obliged to preserve nature and the environment, and care for natural resources

That pollutes the seas, oceans, rivers and lakes? Oil and petroleum products are the most common pollutants in the oceans. By the early 80 s into the ocean annually received about 6 million tons of oil, accounting for 0. 23% of world production.

Terrible threat to all living things, not only in the ocean, but also on land represent atomic tests at sea and burial at sea depths of radioactive waste.

To 2 million seabirds and seals to 30, 000 die each year after swallowing are any plastic products or entangled in nets and ropes scraps.

Construction of ports, industrial and even recreational facilities and hotels on the beach near the ocean takes the most biologically productive area - littoral. In conjunction with the immoderate fisheries it also leads to the impoverishment of life.

Oceans everyone should appreciate, respect and love, should strive to learn about it as much as possible, then our attitude to this miracle of nature is conscious and we stop wittingly or unwittingly cause him damage. The ocean is only one, it belongs to everyone and no one.