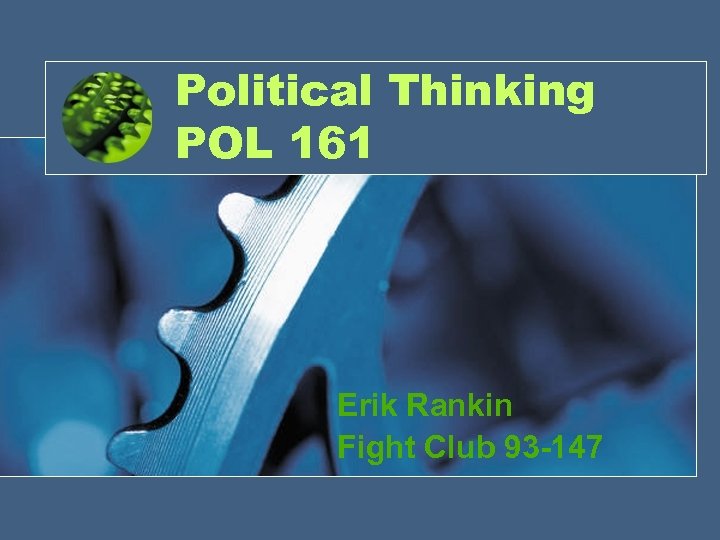 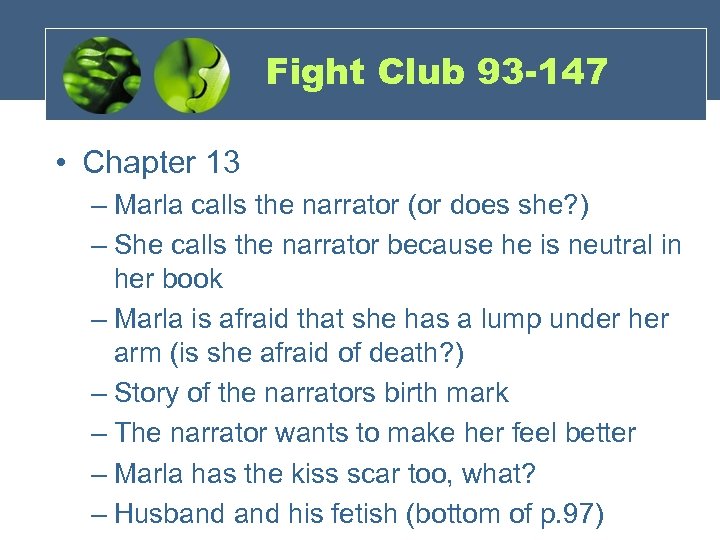 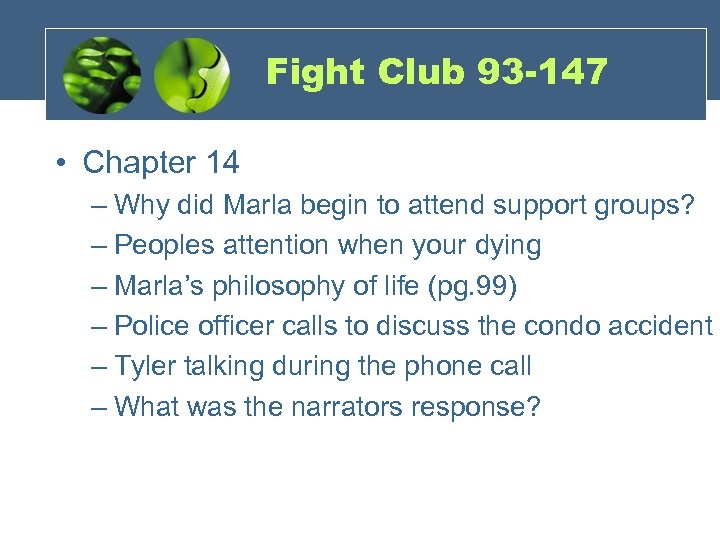 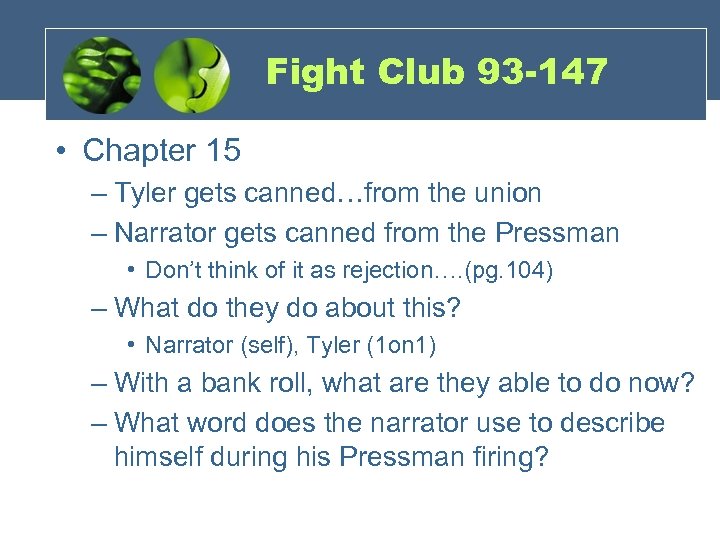 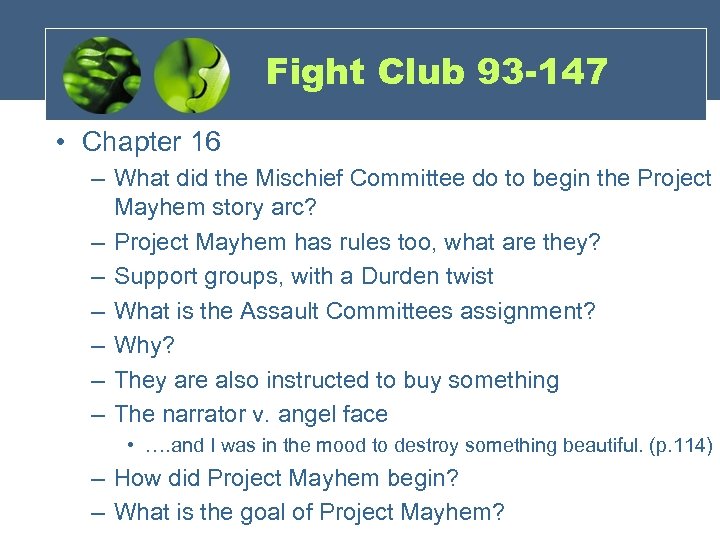 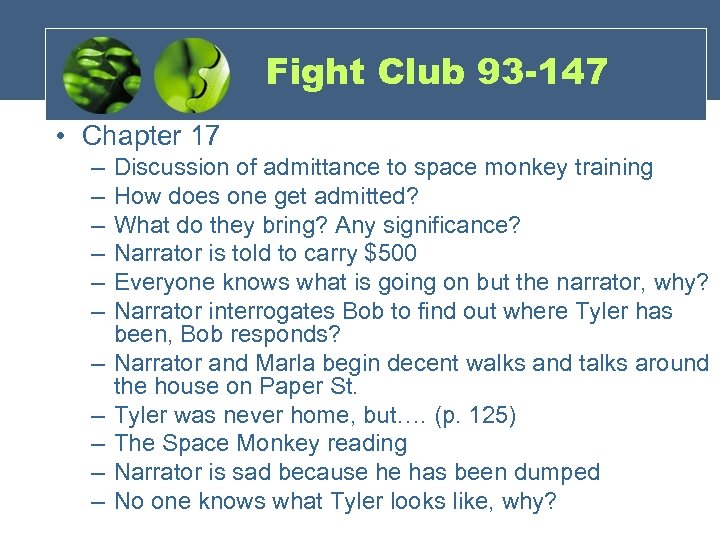 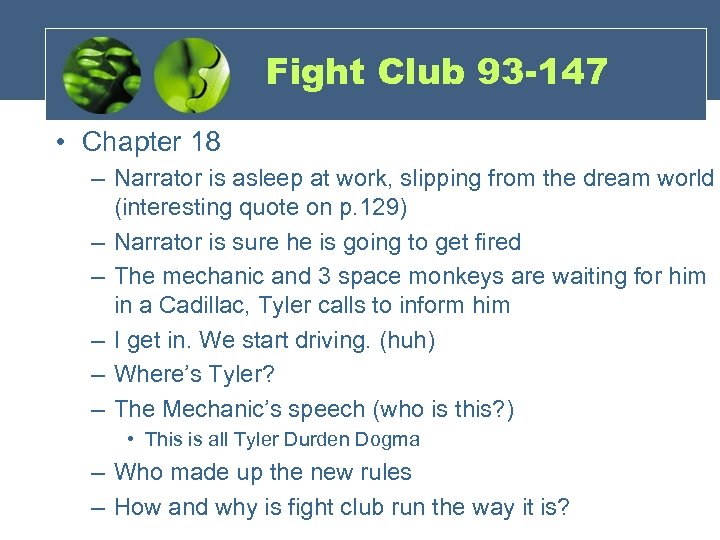 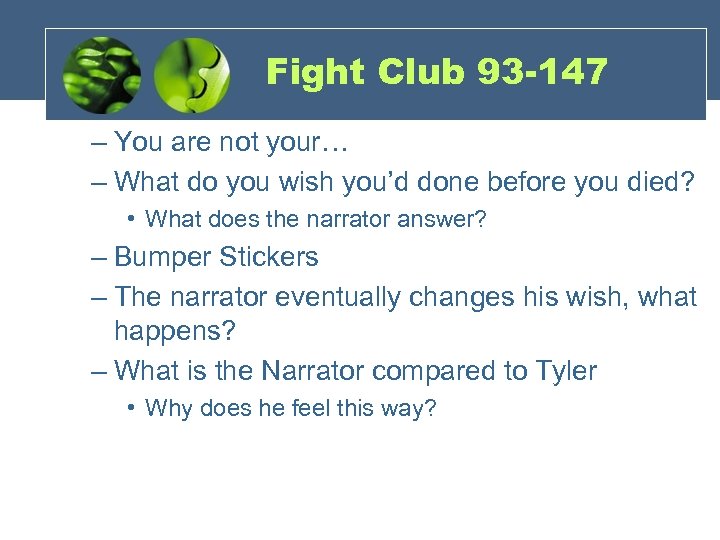 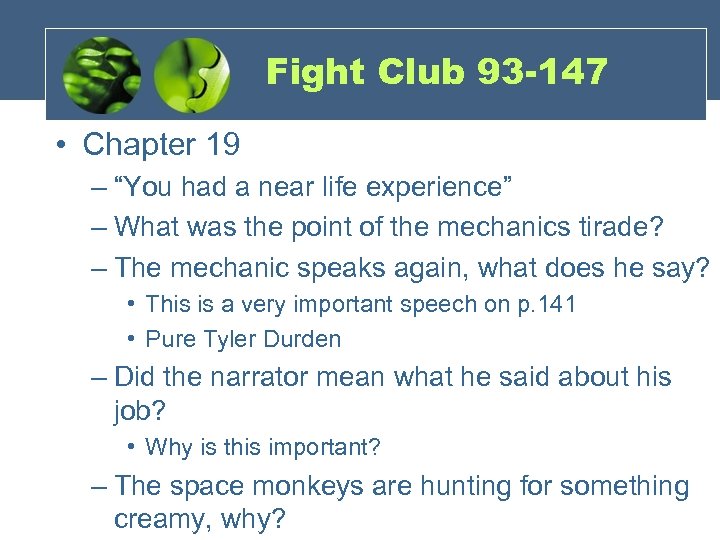 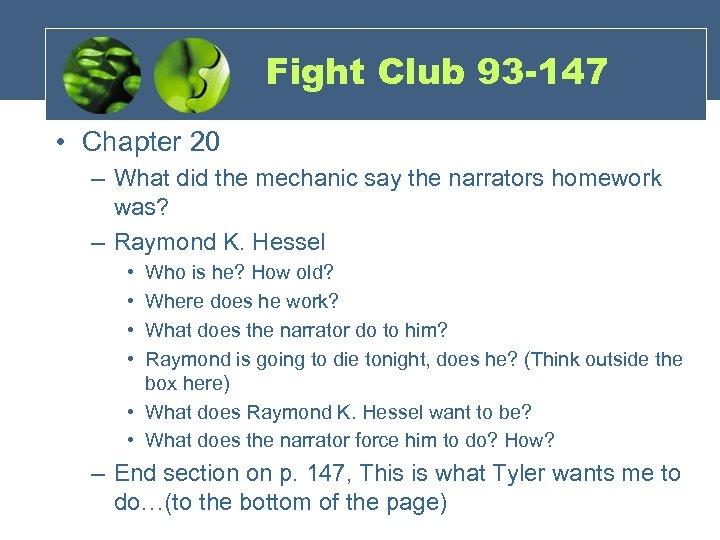 Fight Club 93 -147 • Chapter 13 – Marla calls the narrator (or does she? ) – She calls the narrator because he is neutral in her book – Marla is afraid that she has a lump under her arm (is she afraid of death? ) – Story of the narrators birth mark – The narrator wants to make her feel better – Marla has the kiss scar too, what? – Husband his fetish (bottom of p. 97)

Fight Club 93 -147 • Chapter 14 – Why did Marla begin to attend support groups? – Peoples attention when your dying – Marla’s philosophy of life (pg. 99) – Police officer calls to discuss the condo accident – Tyler talking during the phone call – What was the narrators response?

Fight Club 93 -147 • Chapter 17 – – – Discussion of admittance to space monkey training How does one get admitted? What do they bring? Any significance? Narrator is told to carry $500 Everyone knows what is going on but the narrator, why? Narrator interrogates Bob to find out where Tyler has been, Bob responds? Narrator and Marla begin decent walks and talks around the house on Paper St. Tyler was never home, but…. (p. 125) The Space Monkey reading Narrator is sad because he has been dumped No one knows what Tyler looks like, why?

Fight Club 93 -147 • Chapter 18 – Narrator is asleep at work, slipping from the dream world (interesting quote on p. 129) – Narrator is sure he is going to get fired – The mechanic and 3 space monkeys are waiting for him in a Cadillac, Tyler calls to inform him – I get in. We start driving. (huh) – Where’s Tyler? – The Mechanic’s speech (who is this? ) • This is all Tyler Durden Dogma – Who made up the new rules – How and why is fight club run the way it is?

Fight Club 93 -147 – You are not your… – What do you wish you’d done before you died? • What does the narrator answer? – Bumper Stickers – The narrator eventually changes his wish, what happens? – What is the Narrator compared to Tyler • Why does he feel this way?

Fight Club 93 -147 • Chapter 19 – “You had a near life experience” – What was the point of the mechanics tirade? – The mechanic speaks again, what does he say? • This is a very important speech on p. 141 • Pure Tyler Durden – Did the narrator mean what he said about his job? • Why is this important? – The space monkeys are hunting for something creamy, why?