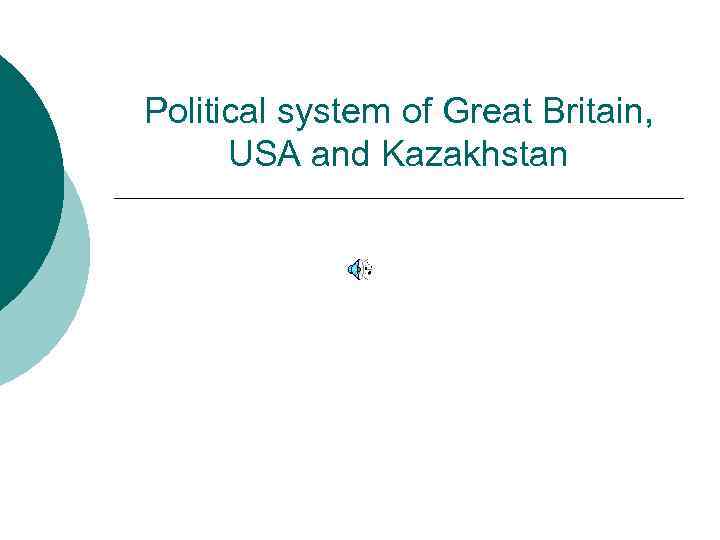 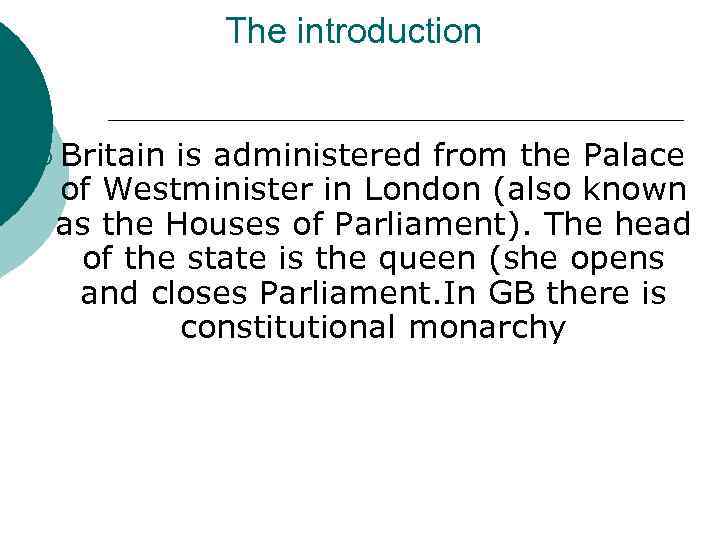 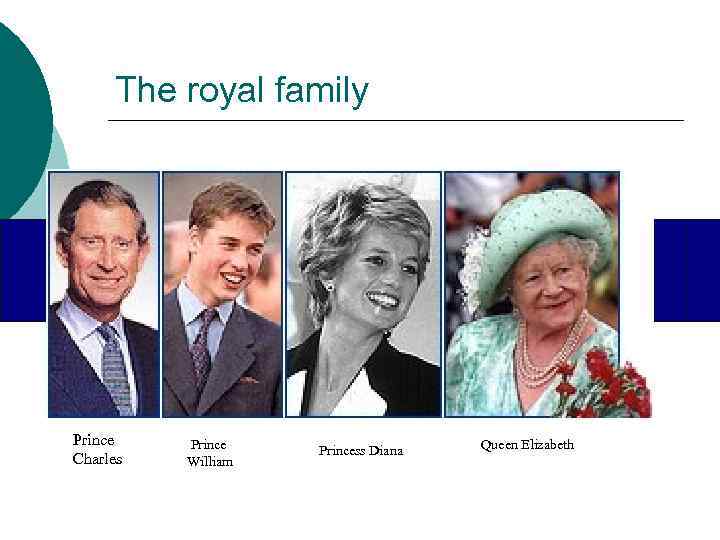 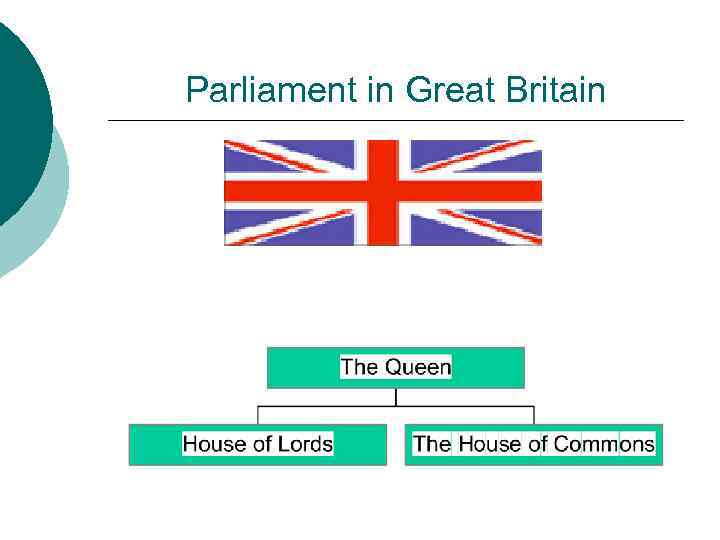 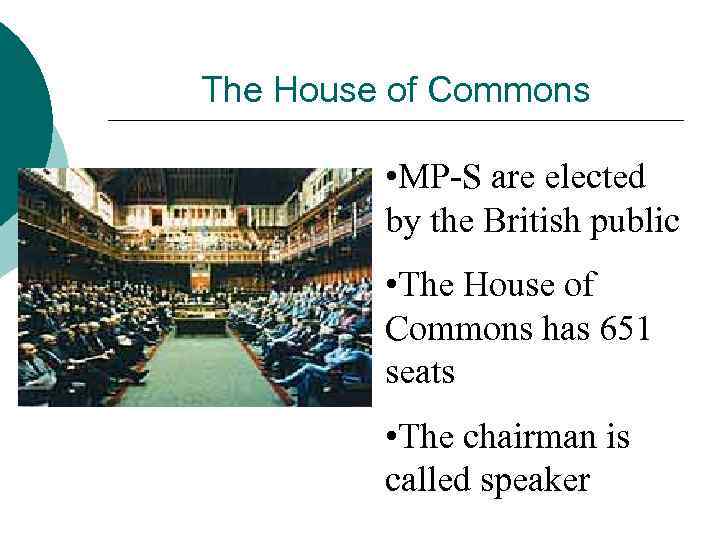 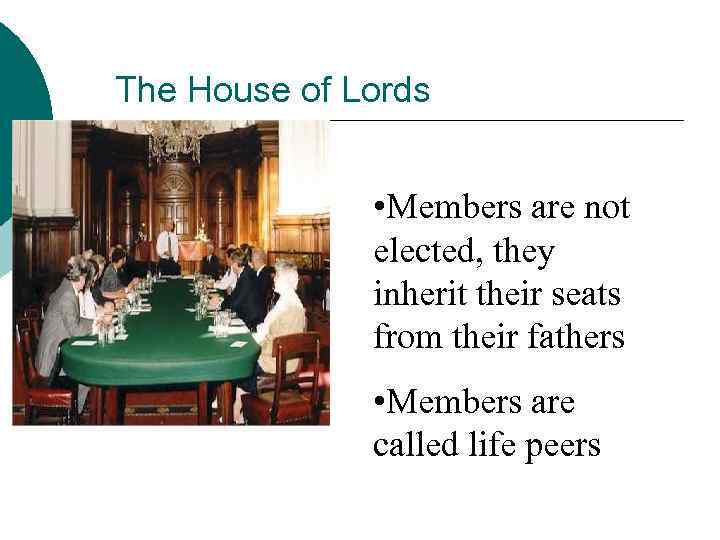 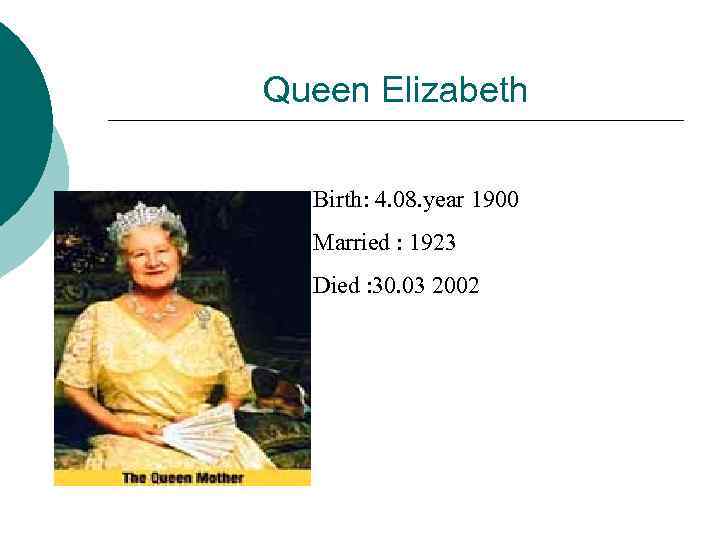 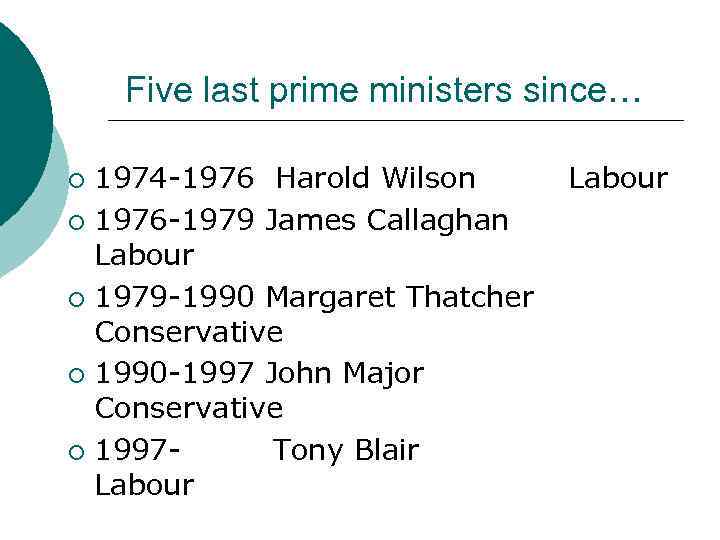 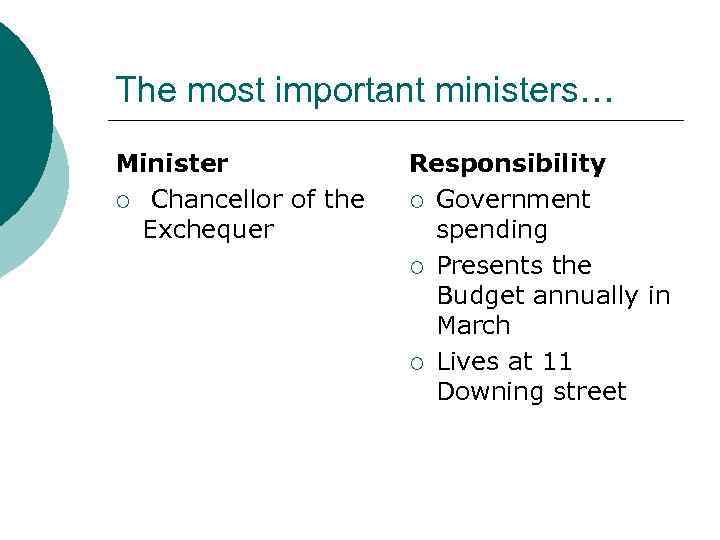 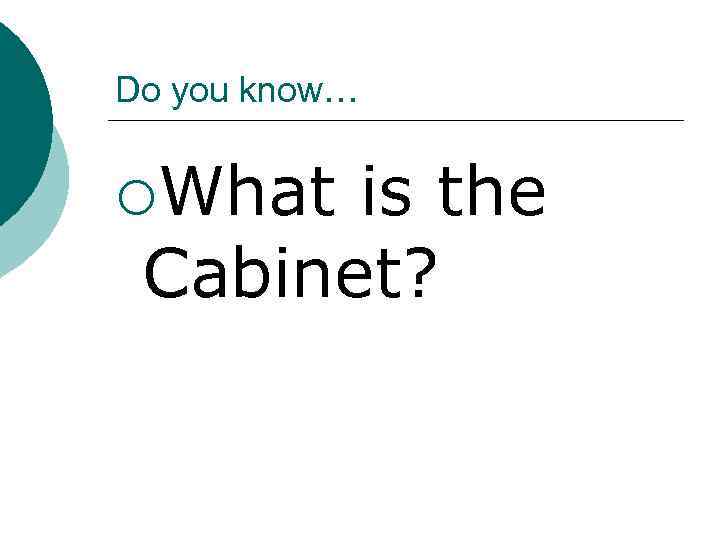 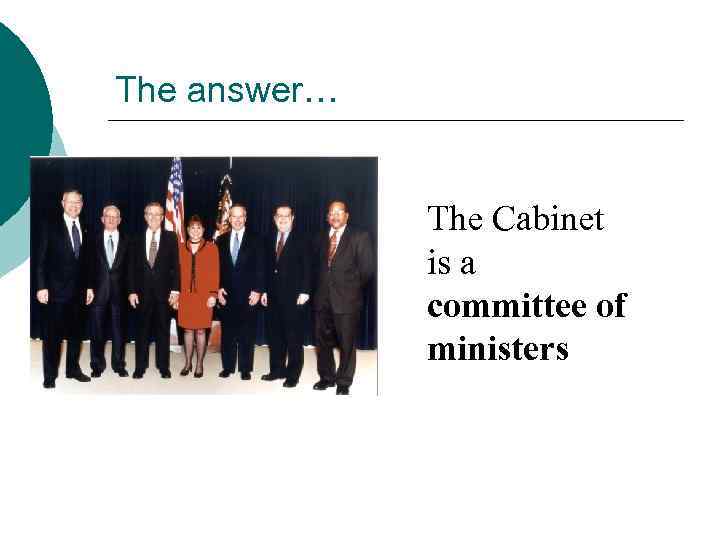 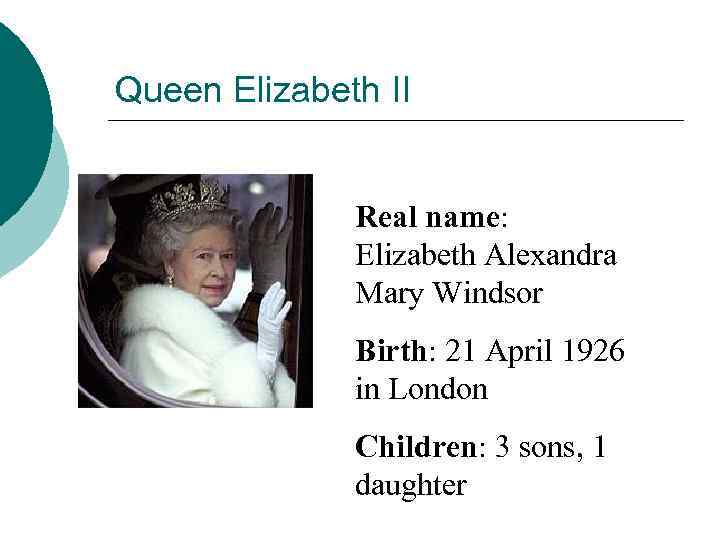 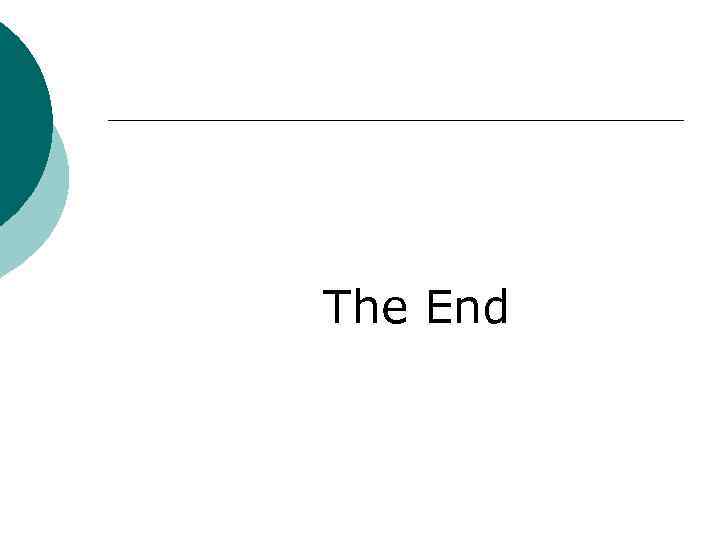 Political systems of the UK.ppt

The introduction ¡ Britain is administered from the Palace of Westminister in London (also known as the Houses of Parliament). The head of the state is the queen (she opens and closes Parliament. In GB there is constitutional monarchy

Do you know… ¡What is the Cabinet?

The answer… The Cabinet is a committee of ministers

Political System of Kazakhstan. President of the Republic