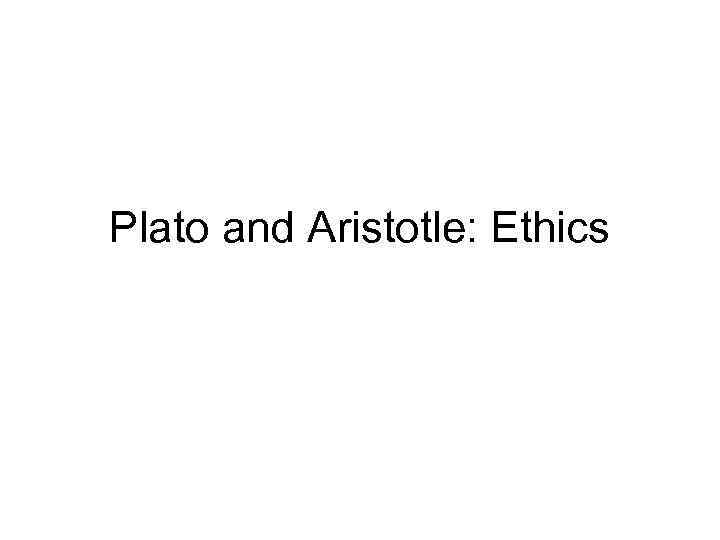 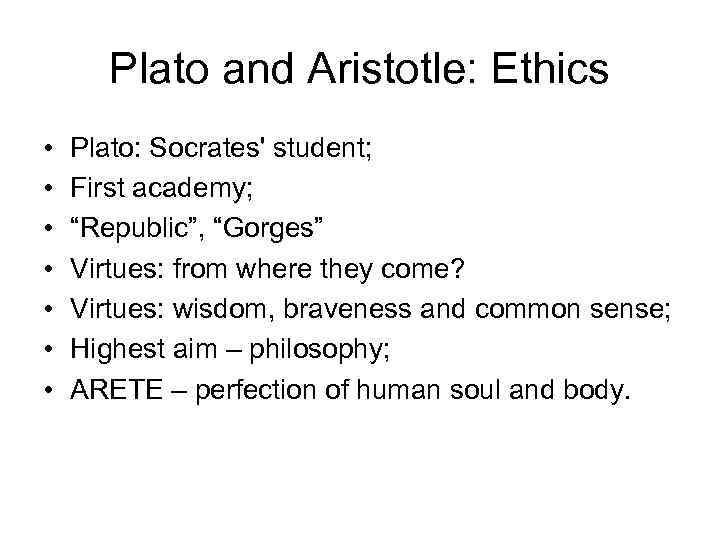 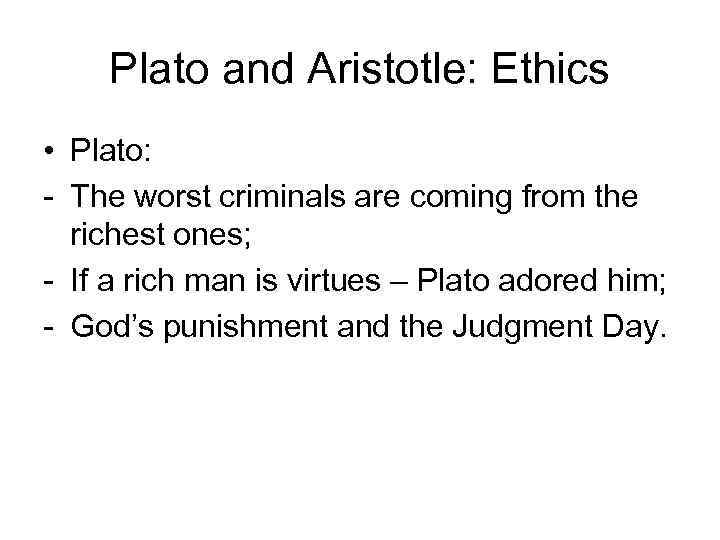 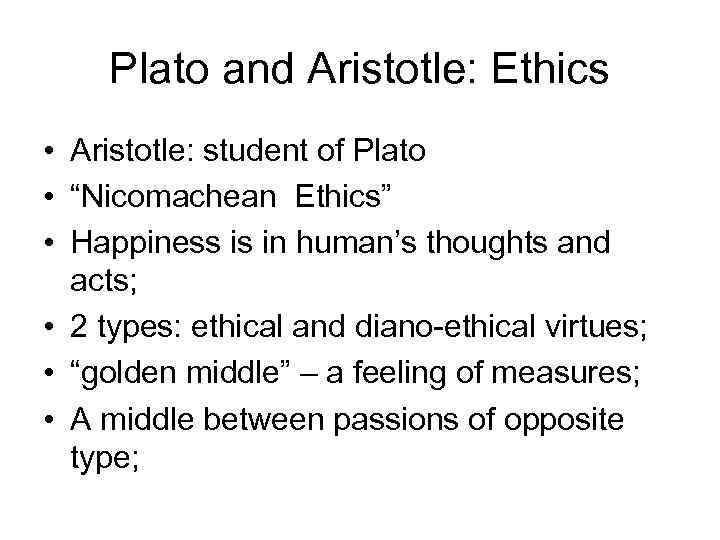 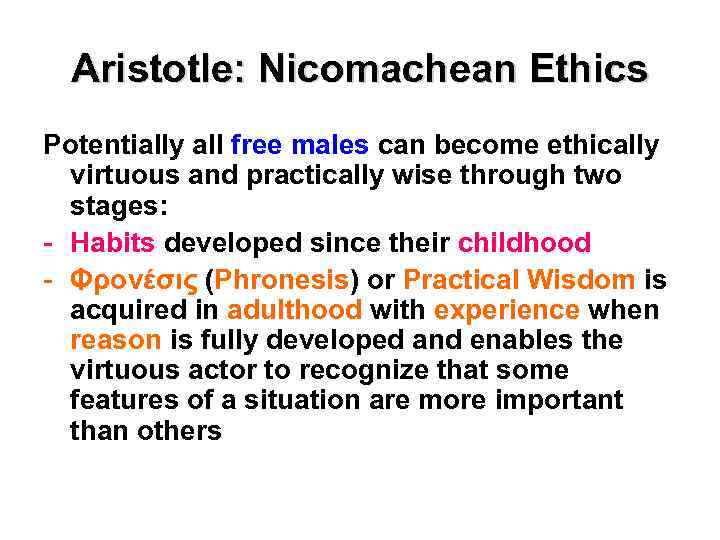 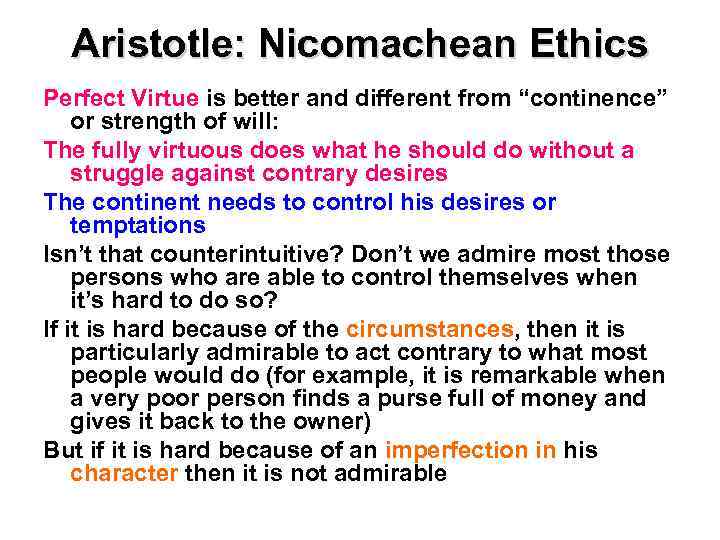 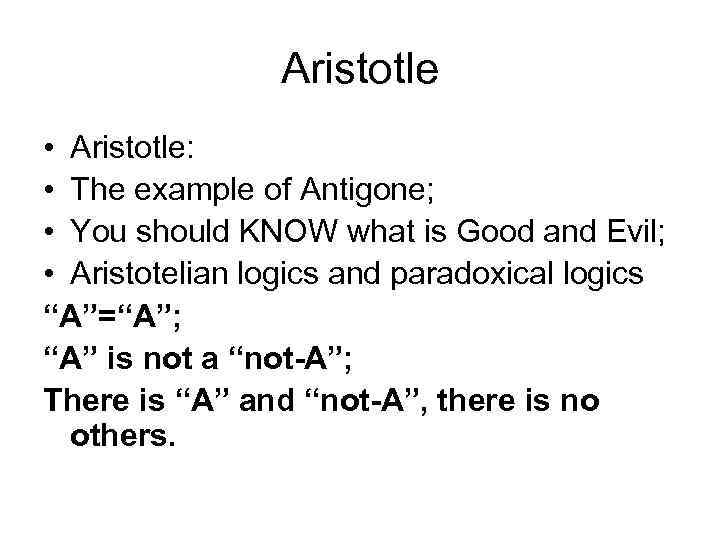 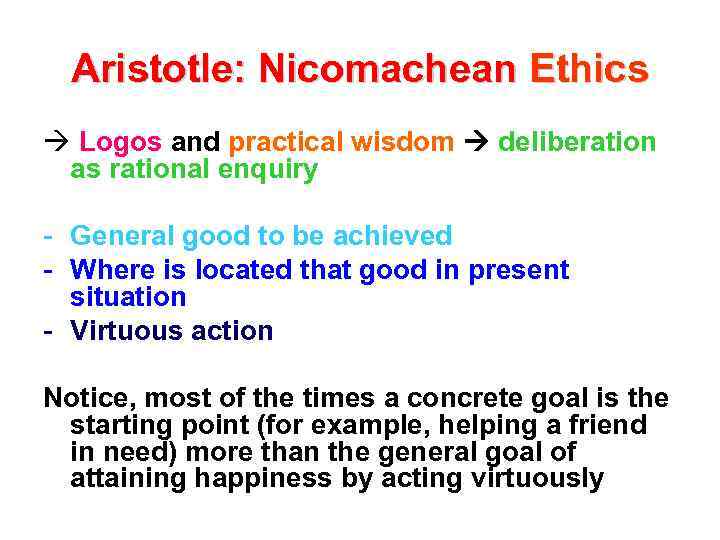 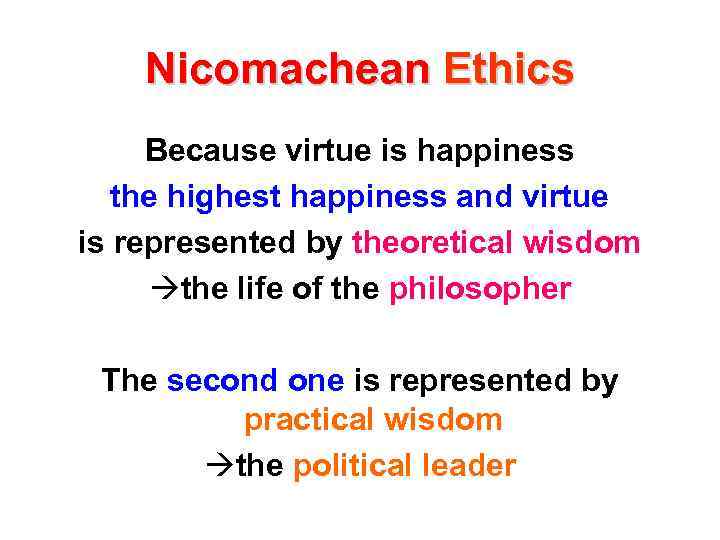 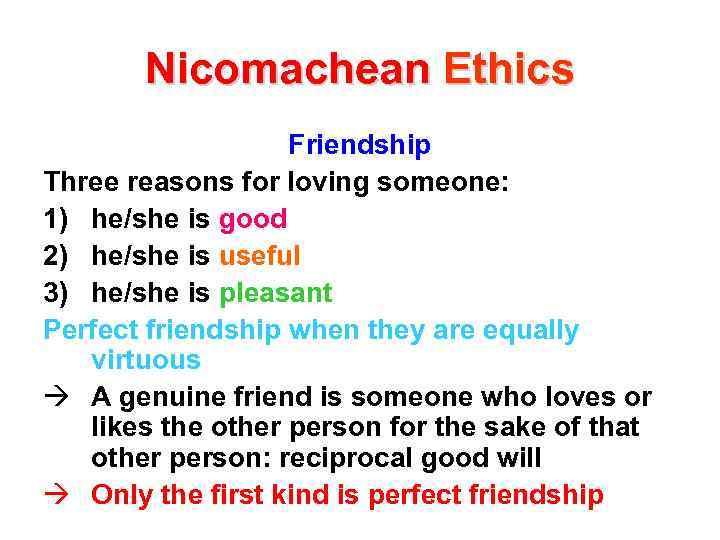 Plato and Aristotle: Ethics • Plato: - The worst criminals are coming from the richest ones; - If a rich man is virtues – Plato adored him; - God’s punishment and the Judgment Day.

Plato and Aristotle: Ethics • Aristotle: student of Plato • “Nicomachean Ethics” • Happiness is in human’s thoughts and acts; • 2 types: ethical and diano-ethical virtues; • “golden middle” – a feeling of measures; • A middle between passions of opposite type;

Aristotle: Nicomachean Ethics Potentially all free males can become ethically virtuous and practically wise through two stages: - Habits developed since their childhood - Φρονέσις (Phronesis) or Practical Wisdom is acquired in adulthood with experience when reason is fully developed and enables the virtuous actor to recognize that some features of a situation are more important than others

Aristotle: Nicomachean Ethics Perfect Virtue is better and different from “continence” or strength of will: The fully virtuous does what he should do without a struggle against contrary desires The continent needs to control his desires or temptations Isn’t that counterintuitive? Don’t we admire most those persons who are able to control themselves when it’s hard to do so? If it is hard because of the circumstances, then it is particularly admirable to act contrary to what most people would do (for example, it is remarkable when a very poor person finds a purse full of money and gives it back to the owner) But if it is hard because of an imperfection in his character then it is not admirable

Aristotle • Aristotle: • The example of Antigone; • You should KNOW what is Good and Evil; • Aristotelian logics and paradoxical logics “A”=“A”; “A” is not a “not-A”; There is “A” and “not-A”, there is no others.

Aristotle: Nicomachean Ethics à Logos and practical wisdom deliberation as rational enquiry - General good to be achieved - Where is located that good in present situation - Virtuous action Notice, most of the times a concrete goal is the starting point (for example, helping a friend in need) more than the general goal of attaining happiness by acting virtuously