Picture Discussion A sample for Picture 1 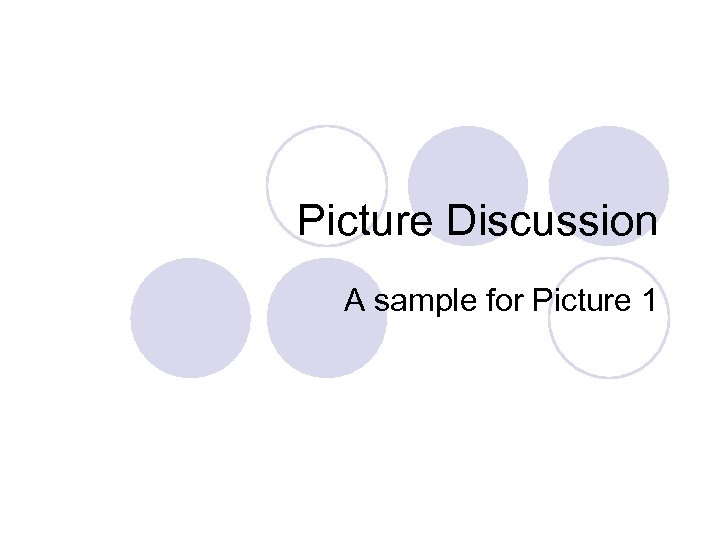 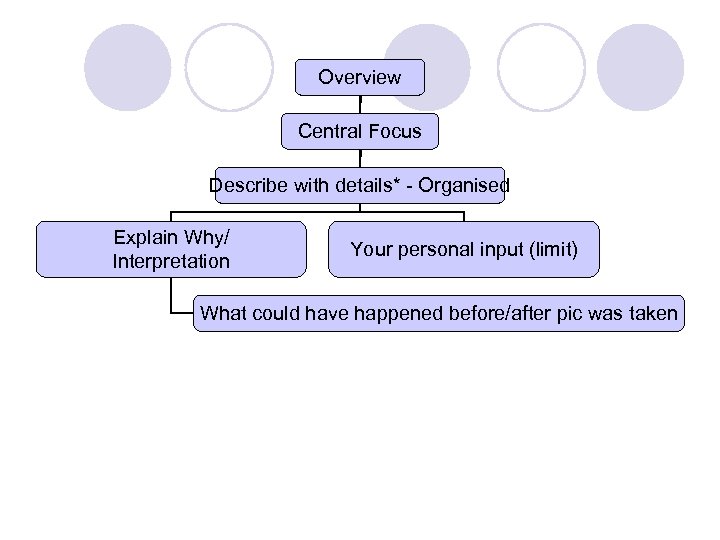 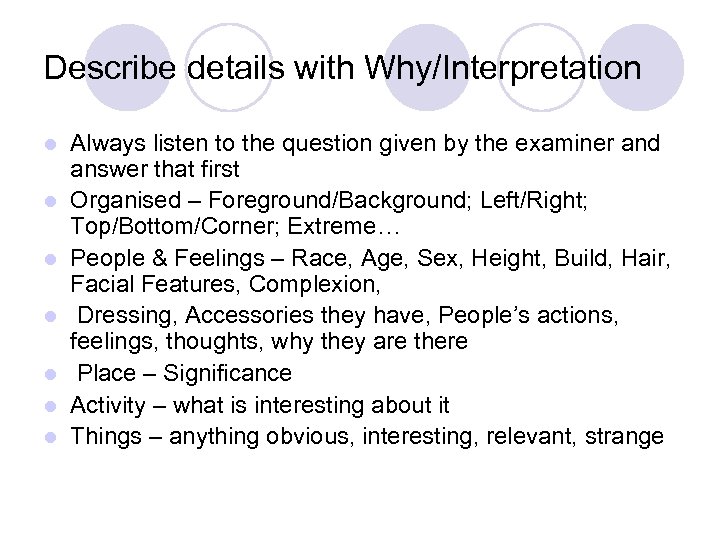 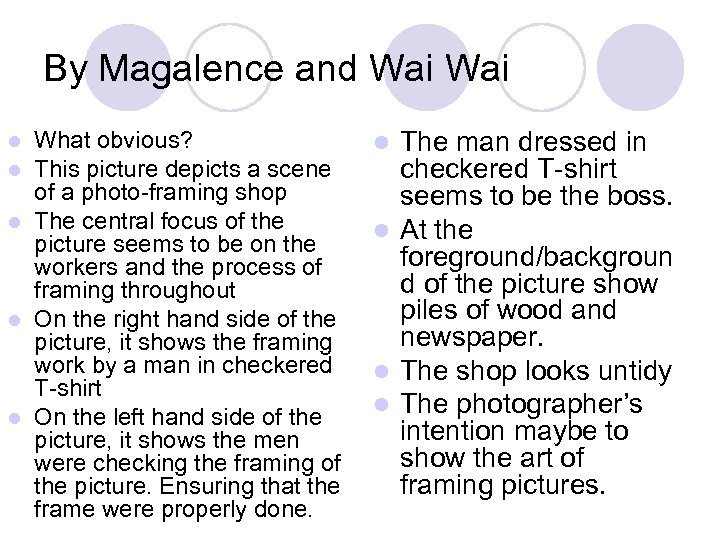 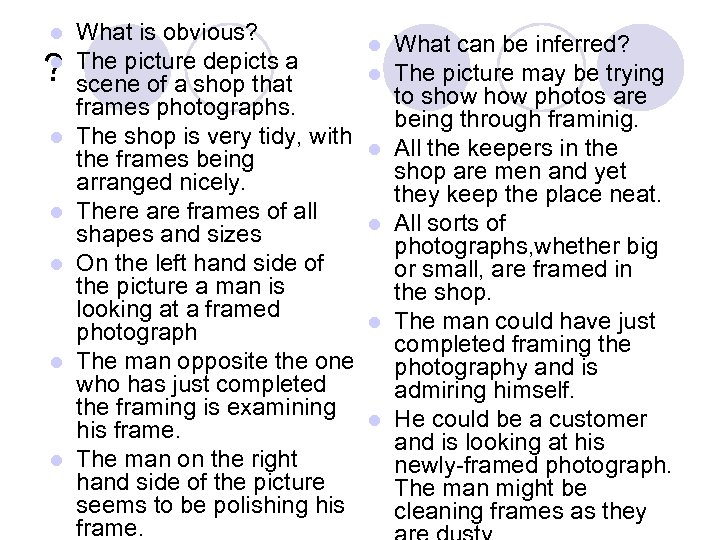 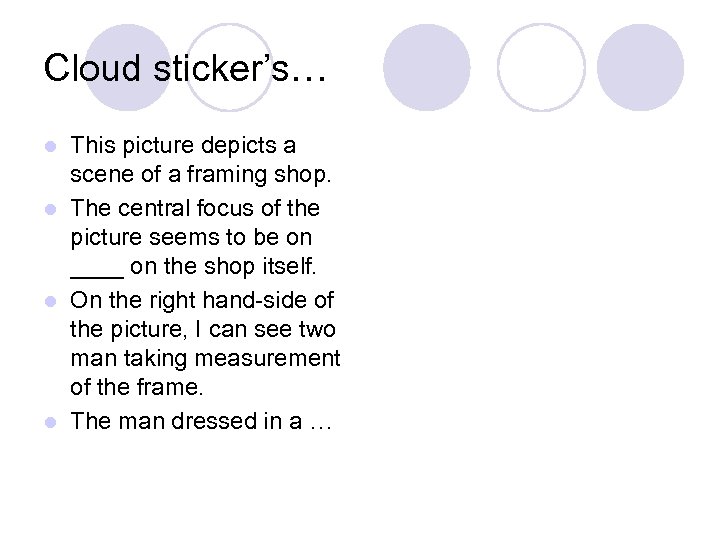 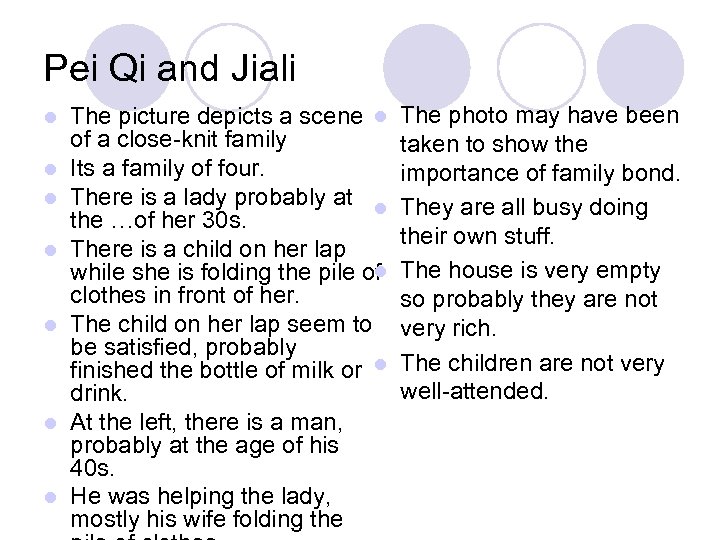 Picture Discussion A sample for Picture 1

Describe details with Why/Interpretation l l l l Always listen to the question given by the examiner and answer that first Organised – Foreground/Background; Left/Right; Top/Bottom/Corner; Extreme… People & Feelings – Race, Age, Sex, Height, Build, Hair, Facial Features, Complexion, Dressing, Accessories they have, People’s actions, feelings, thoughts, why they are there Place – Significance Activity – what is interesting about it Things – anything obvious, interesting, relevant, strange

By Magalence and Wai What obvious? This picture depicts a scene of a photo-framing shop l The central focus of the picture seems to be on the workers and the process of framing throughout l On the right hand side of the picture, it shows the framing work by a man in checkered T-shirt l On the left hand side of the picture, it shows the men were checking the framing of the picture. Ensuring that the frame were properly done. l l The man dressed in checkered T-shirt seems to be the boss. l At the foreground/backgroun d of the picture show piles of wood and newspaper. l The shop looks untidy l The photographer’s intention maybe to show the art of framing pictures. l

l l ? l l l What is obvious? The picture depicts a scene of a shop that frames photographs. The shop is very tidy, with the frames being arranged nicely. There are frames of all shapes and sizes On the left hand side of the picture a man is looking at a framed photograph The man opposite the one who has just completed the framing is examining his frame. The man on the right hand side of the picture seems to be polishing his frame. l l l What can be inferred? The picture may be trying to show photos are being through framinig. All the keepers in the shop are men and yet they keep the place neat. All sorts of photographs, whether big or small, are framed in the shop. The man could have just completed framing the photography and is admiring himself. He could be a customer and is looking at his newly-framed photograph. The man might be cleaning frames as they

Cloud sticker’s… This picture depicts a scene of a framing shop. l The central focus of the picture seems to be on ____ on the shop itself. l On the right hand-side of the picture, I can see two man taking measurement of the frame. l The man dressed in a … l

Pei Qi and Jiali l l l l The picture depicts a scene l of a close-knit family Its a family of four. There is a lady probably at l the …of her 30 s. There is a child on her lap l while she is folding the pile of clothes in front of her. The child on her lap seem to be satisfied, probably finished the bottle of milk or l drink. At the left, there is a man, probably at the age of his 40 s. He was helping the lady, mostly his wife folding the The photo may have been taken to show the importance of family bond. They are all busy doing their own stuff. The house is very empty so probably they are not very rich. The children are not very well-attended.

The two men on the left of the picture are looking intently at their work, totally oblivious to the photographer taking the shot. The two men on the right look very amused that their photo is being taken and may have said something to make them laugh just before the photo was taken…. .