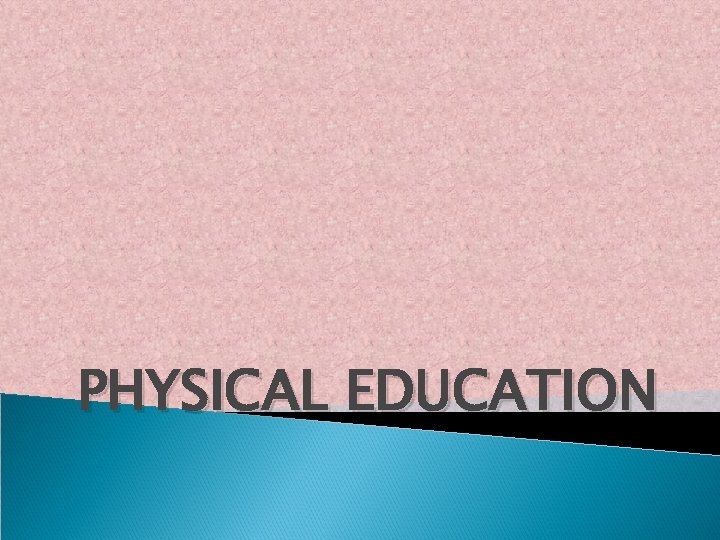 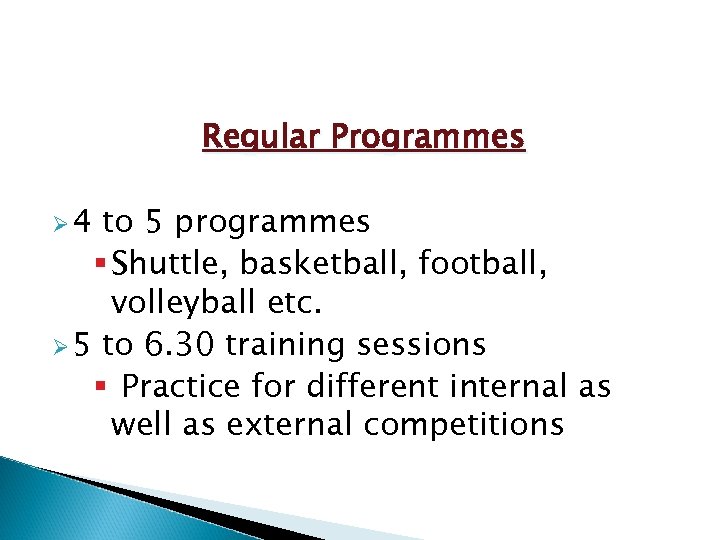 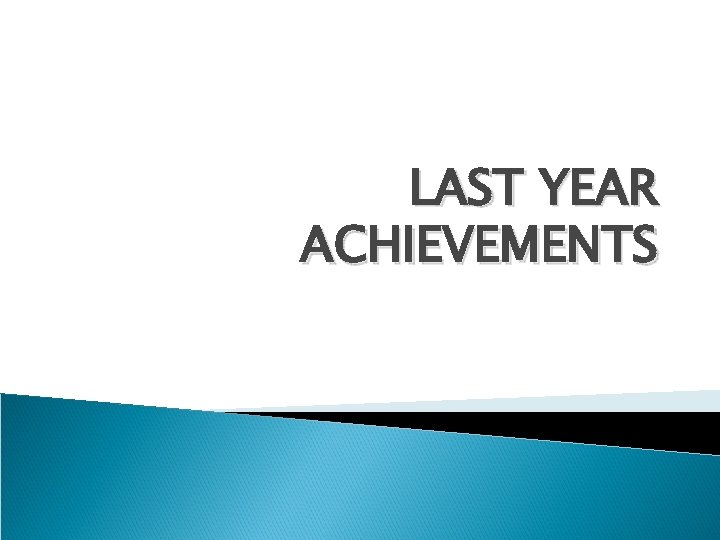 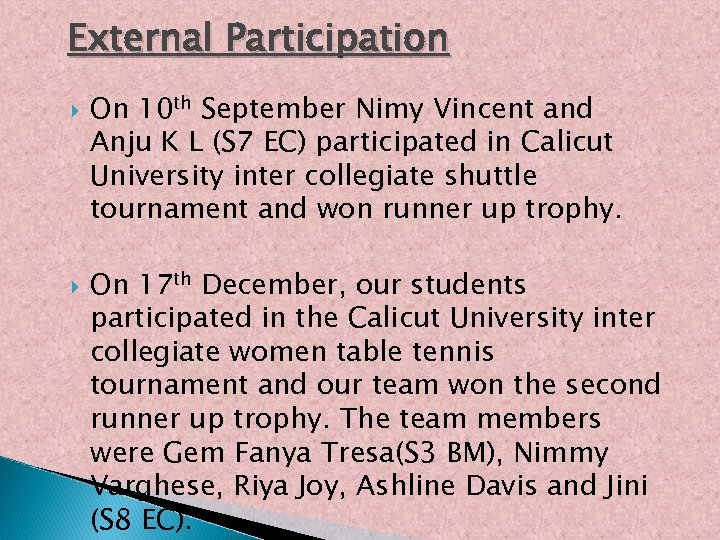 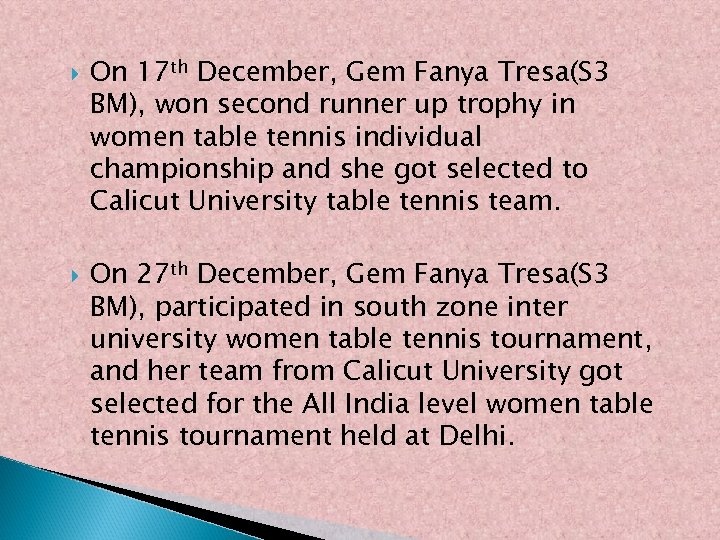 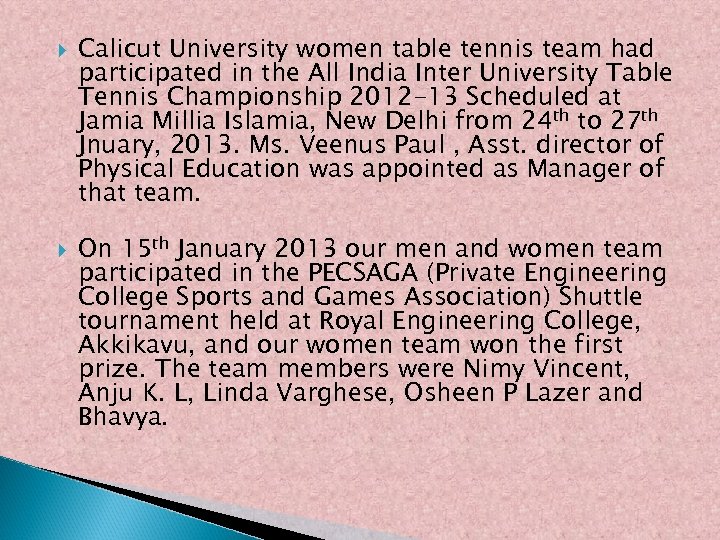 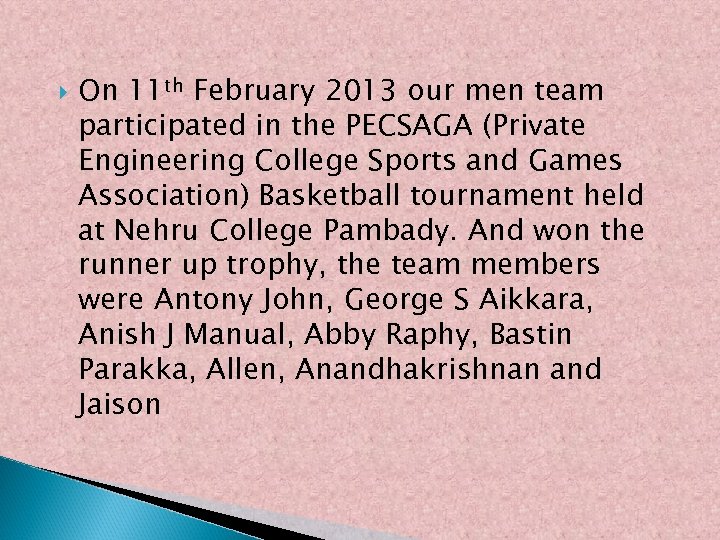 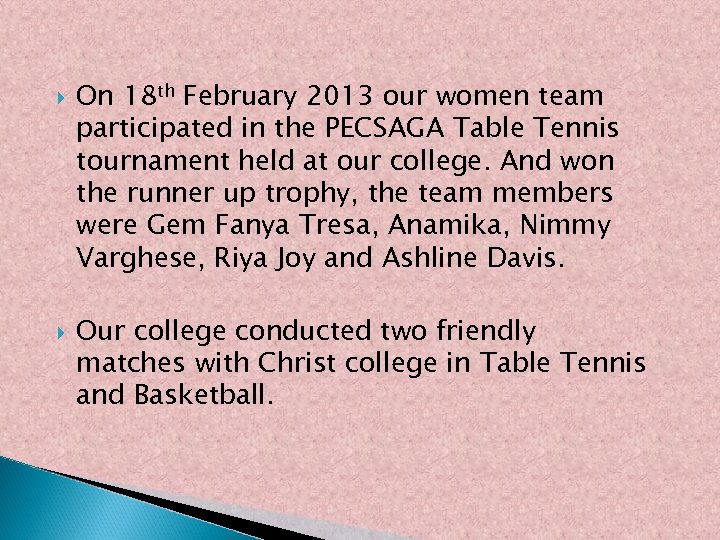 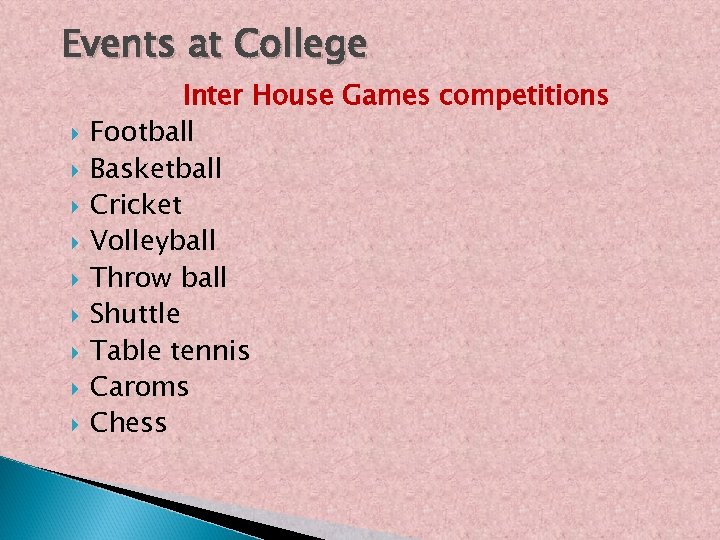 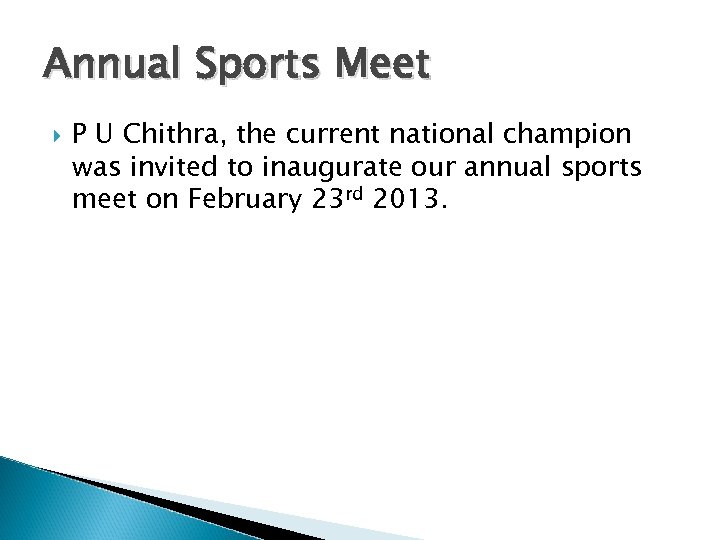 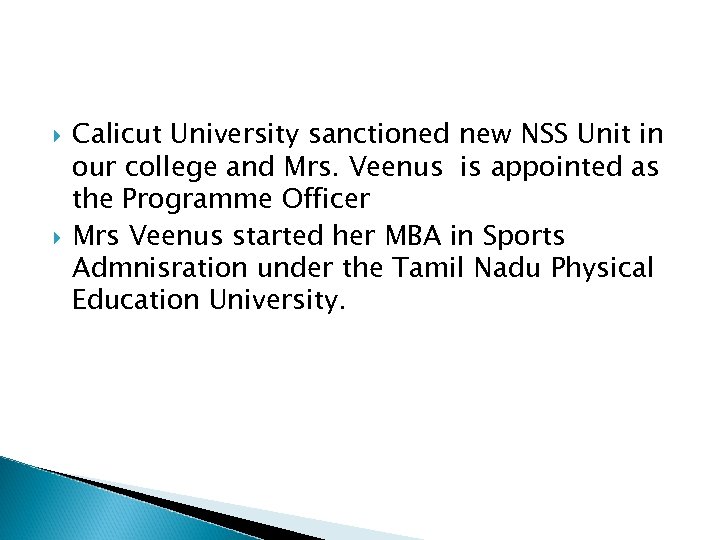 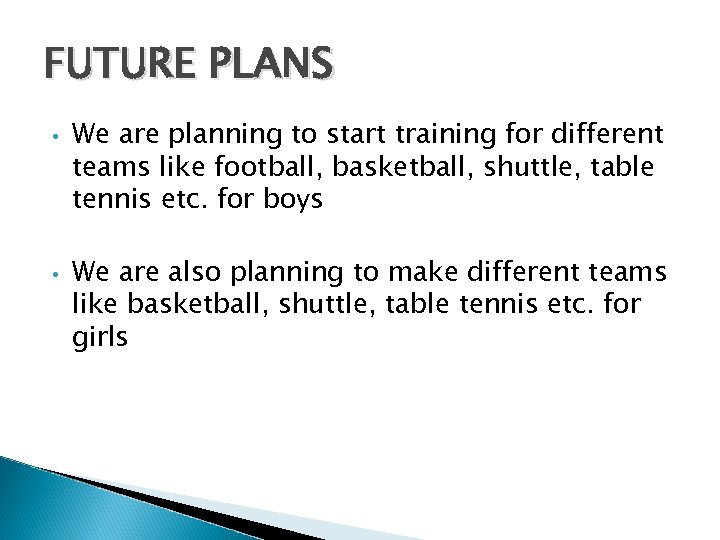 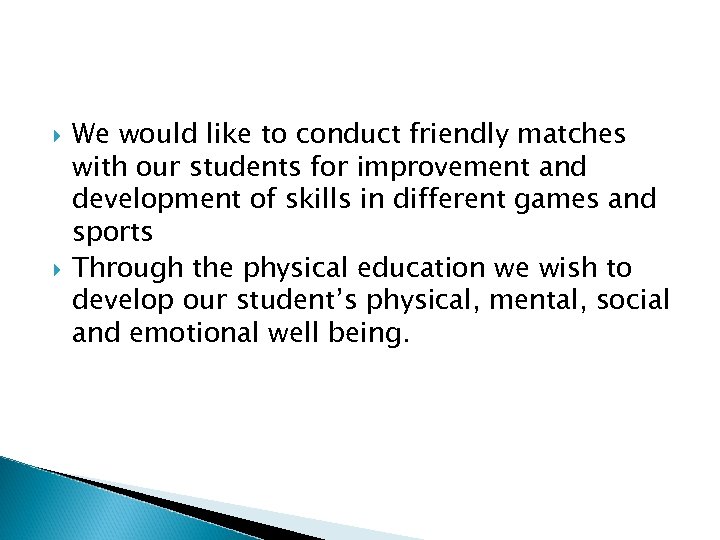 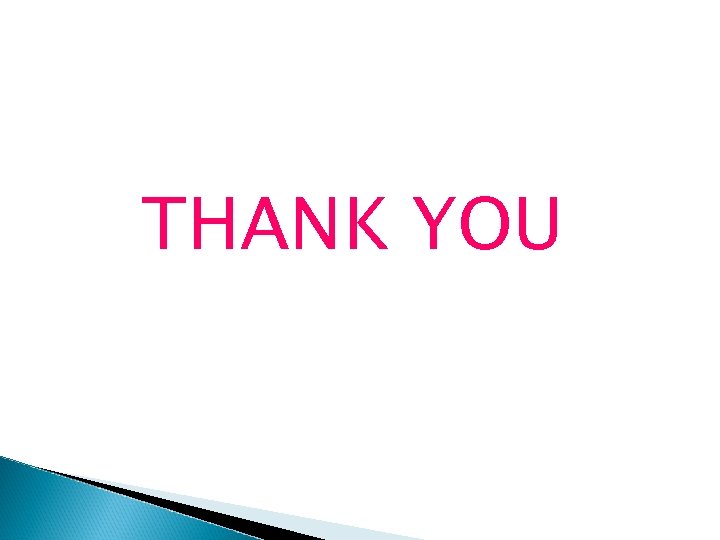 On 18 th February 2013 our women team participated in the PECSAGA Table Tennis tournament held at our college. And won the runner up trophy, the team members were Gem Fanya Tresa, Anamika, Nimmy Varghese, Riya Joy and Ashline Davis. Our college conducted two friendly matches with Christ college in Table Tennis and Basketball.

Calicut University sanctioned new NSS Unit in our college and Mrs. Veenus is appointed as the Programme Officer Mrs Veenus started her MBA in Sports Admnisration under the Tamil Nadu Physical Education University.

We would like to conduct friendly matches with our students for improvement and development of skills in different games and sports Through the physical education we wish to develop our student’s physical, mental, social and emotional well being.