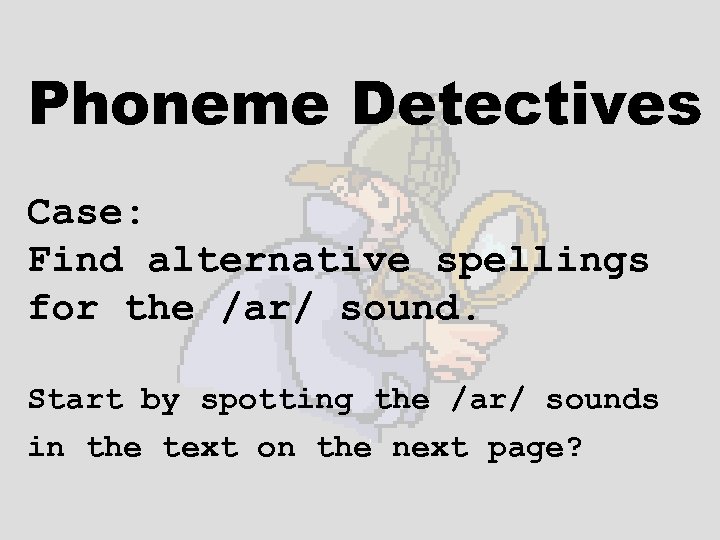 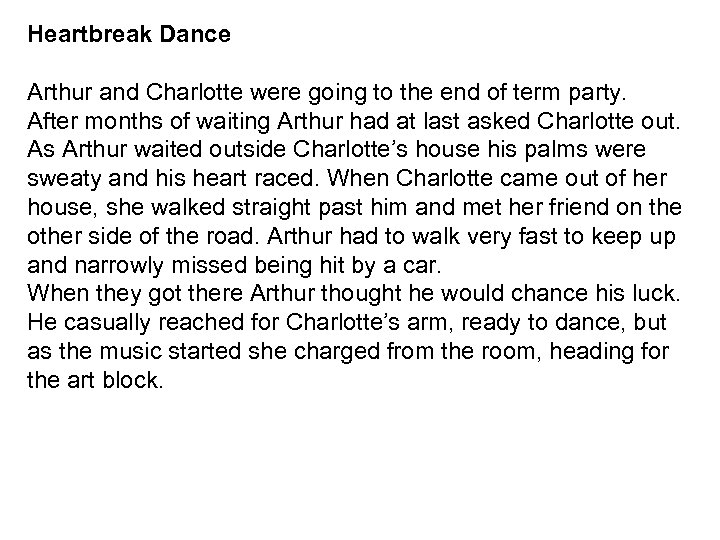 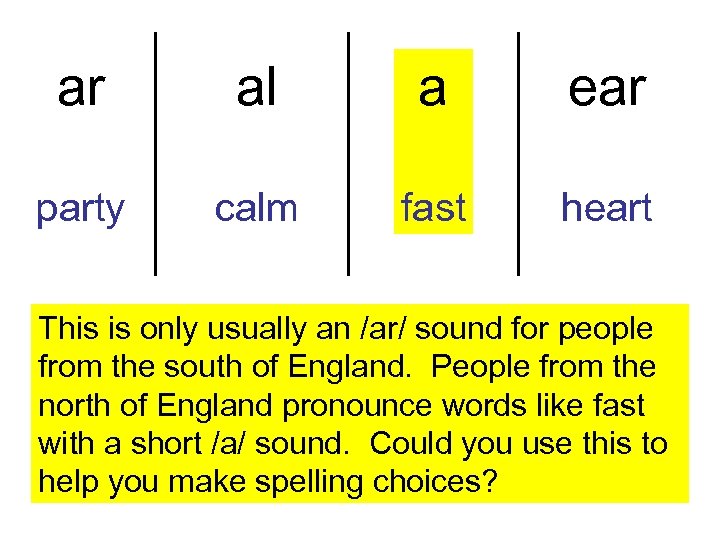 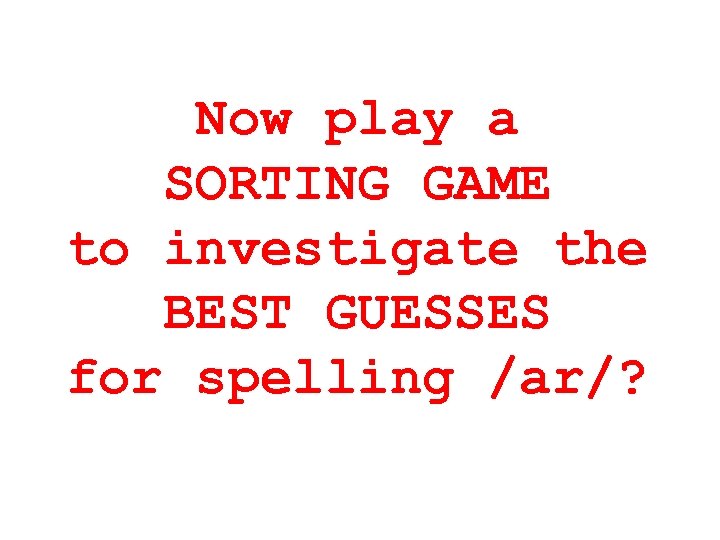 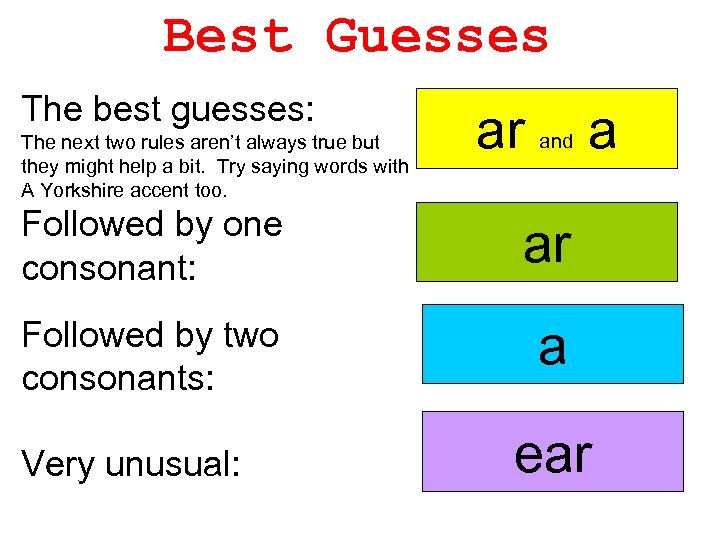 Phoneme Detectives Case: Find alternative spellings for the /ar/ sound. Start by spotting the /ar/ sounds in the text on the next page?

Heartbreak Dance Arthur and Charlotte were going to the end of term party. After months of waiting Arthur had at last asked Charlotte out. As Arthur waited outside Charlotte’s house his palms were sweaty and his heart raced. When Charlotte came out of her house, she walked straight past him and met her friend on the other side of the road. Arthur had to walk very fast to keep up and narrowly missed being hit by a car. When they got there Arthur thought he would chance his luck. He casually reached for Charlotte’s arm, ready to dance, but as the music started she charged from the room, heading for the art block.

ar al a ear party calm fast heart This is only usually an /ar/ sound for people from the south of England. People from the north of England pronounce words like fast with a short /a/ sound. Could you use this to help you make spelling choices?

Now play a SORTING GAME to investigate the BEST GUESSES for spelling /ar/?

Best Guesses The best guesses: The next two rules aren’t always true but they might help a bit. Try saying words with A Yorkshire accent too. ar and Followed by one consonant: ar Followed by two consonants: a a Very unusual: ear