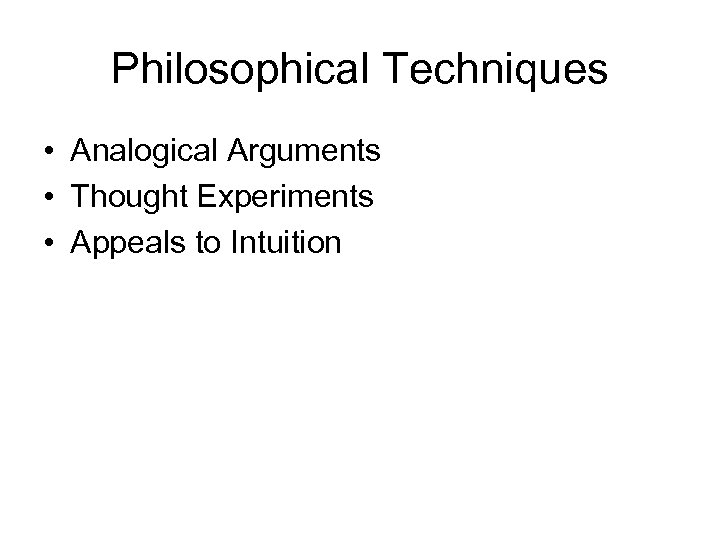 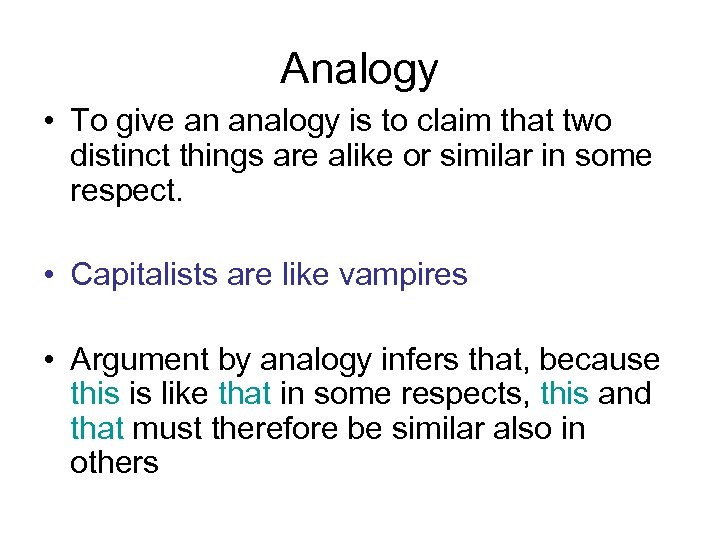 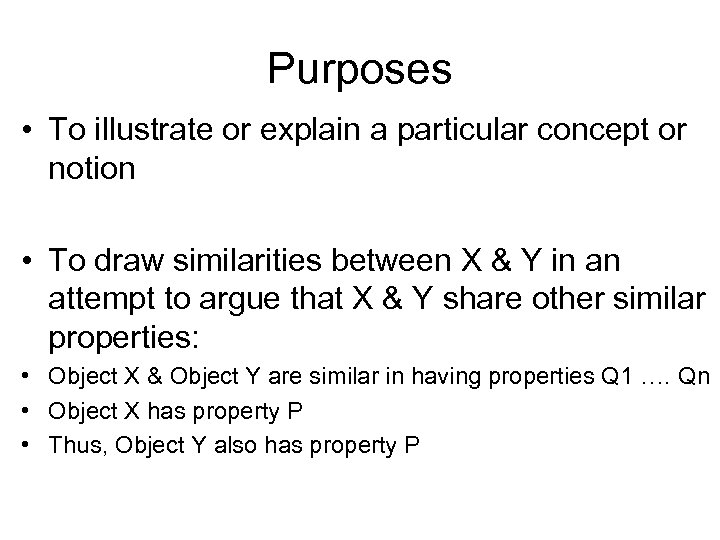 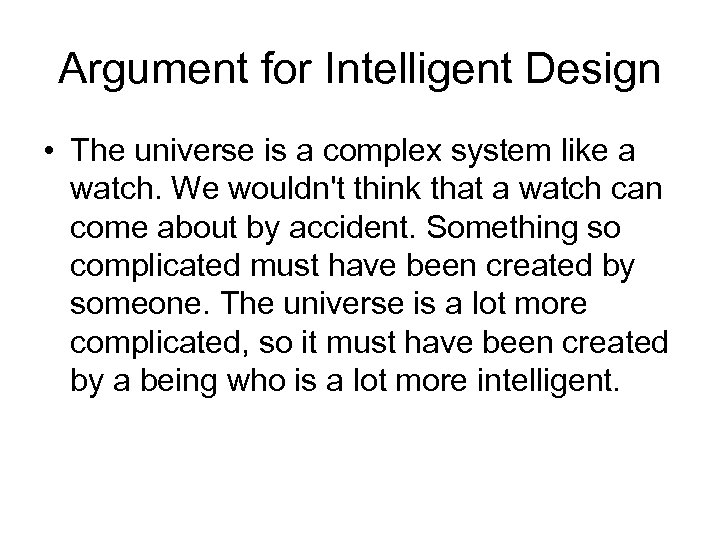 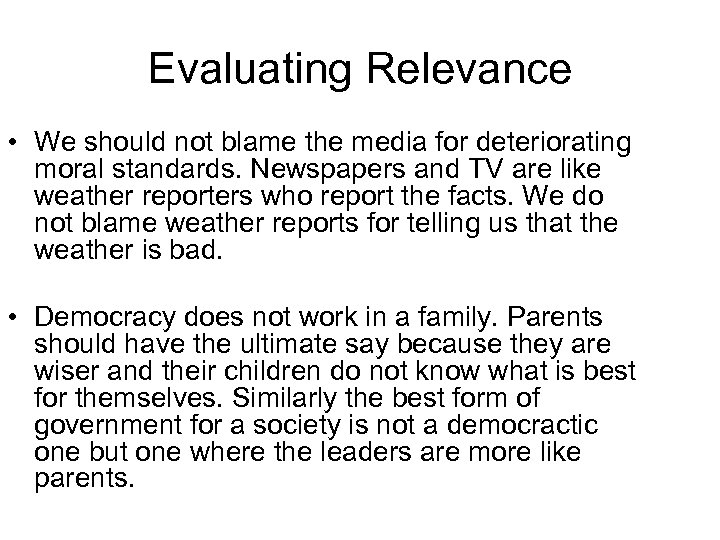 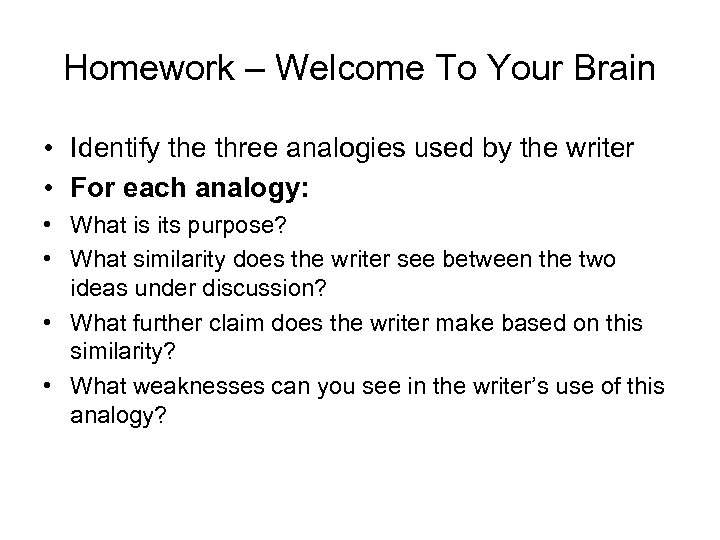 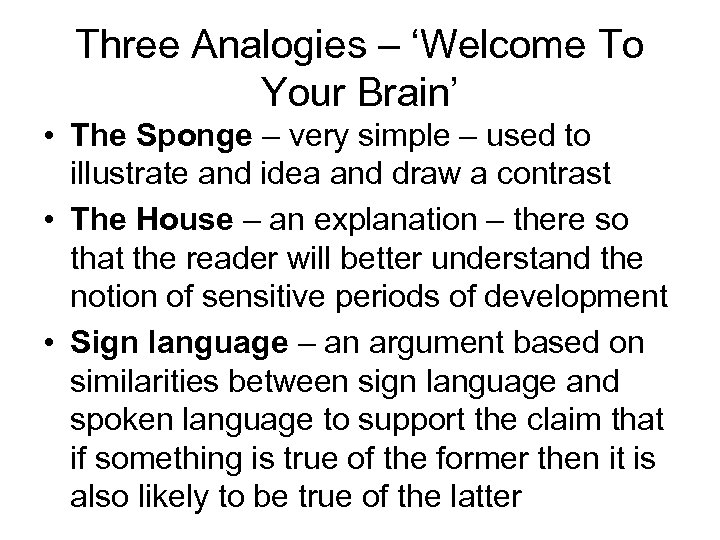 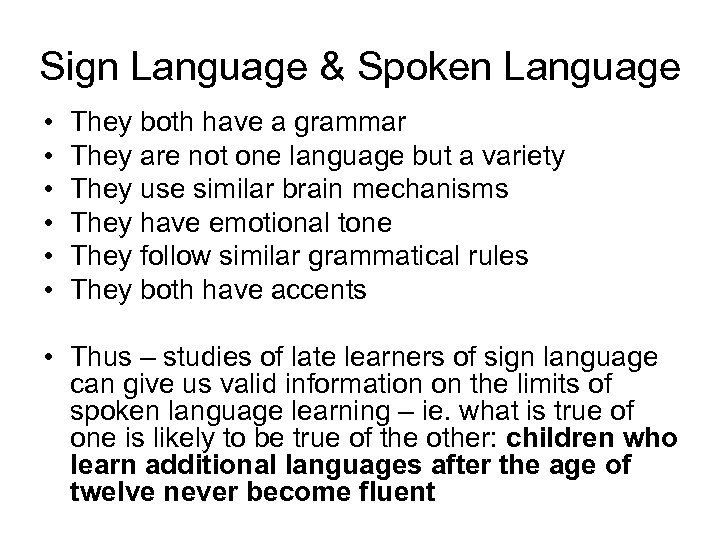 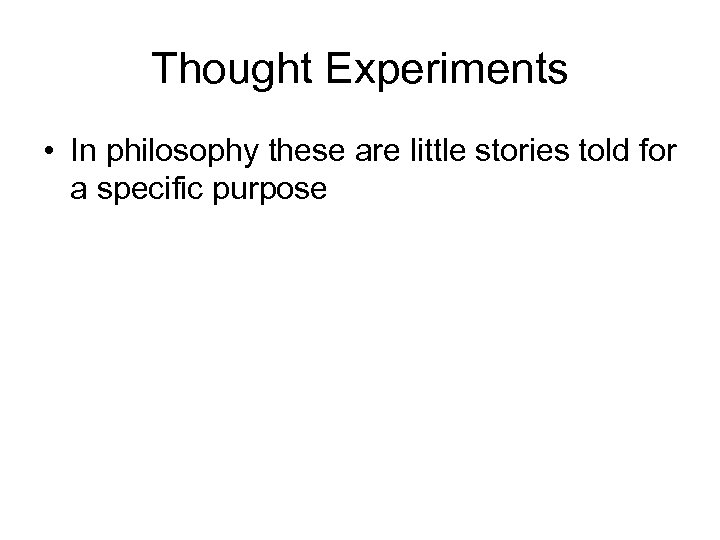 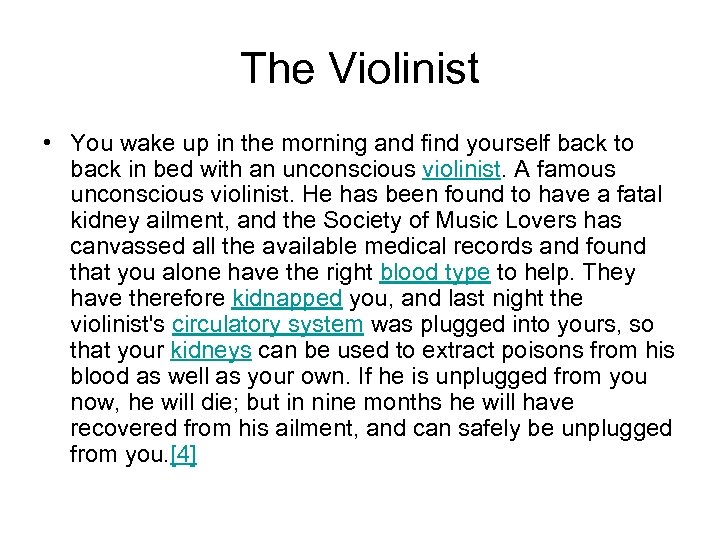 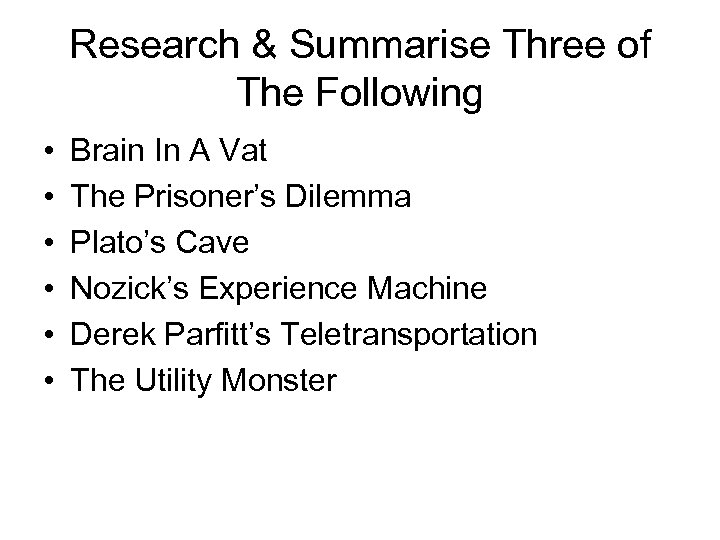 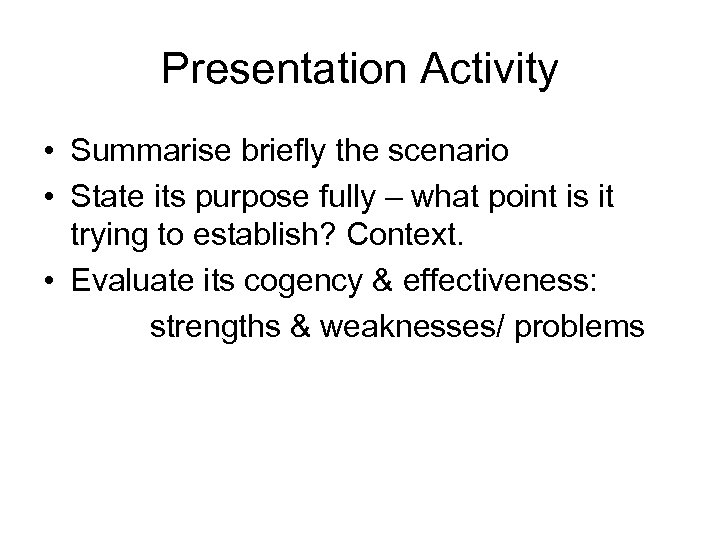 • People think that there would be many religious objections to this simple proposal (automatic organ harvesting without consent). This seems doubtful since there has never been an outcry against the present system in which coroners may order post-mortem examinations of the dead without any consent being required. No one may opt out and there is no provision for conscientious objection. Moreover, as is now well known, organs are often removed during such examinations and not replaced. We have all accepted that there is an important public interest at stake here… If there is a public interest in the one case, there is surely also a strong public interest in providing donor organs to save lives.

Analogy • To give an analogy is to claim that two distinct things are alike or similar in some respect. • Capitalists are like vampires • Argument by analogy infers that, because this is like that in some respects, this and that must therefore be similar also in others

Purposes • To illustrate or explain a particular concept or notion • To draw similarities between X & Y in an attempt to argue that X & Y share other similar properties: • Object X & Object Y are similar in having properties Q 1 …. Qn • Object X has property P • Thus, Object Y also has property P

Evaluating Relevance • We should not blame the media for deteriorating moral standards. Newspapers and TV are like weather reporters who report the facts. We do not blame weather reports for telling us that the weather is bad. • Democracy does not work in a family. Parents should have the ultimate say because they are wiser and their children do not know what is best for themselves. Similarly the best form of government for a society is not a democractic one but one where the leaders are more like parents.

Homework – Welcome To Your Brain • Identify the three analogies used by the writer • For each analogy: • What is its purpose? • What similarity does the writer see between the two ideas under discussion? • What further claim does the writer make based on this similarity? • What weaknesses can you see in the writer’s use of this analogy?

Sign Language & Spoken Language • • • They both have a grammar They are not one language but a variety They use similar brain mechanisms They have emotional tone They follow similar grammatical rules They both have accents • Thus – studies of late learners of sign language can give us valid information on the limits of spoken language learning – ie. what is true of one is likely to be true of the other: children who learn additional languages after the age of twelve never become fluent

The Violinist • You wake up in the morning and find yourself back to back in bed with an unconscious violinist. A famous unconscious violinist. He has been found to have a fatal kidney ailment, and the Society of Music Lovers has canvassed all the available medical records and found that you alone have the right blood type to help. They have therefore kidnapped you, and last night the violinist's circulatory system was plugged into yours, so that your kidneys can be used to extract poisons from his blood as well as your own. If he is unplugged from you now, he will die; but in nine months he will have recovered from his ailment, and can safely be unplugged from you. [4]

Philosophy, its object and functions The term