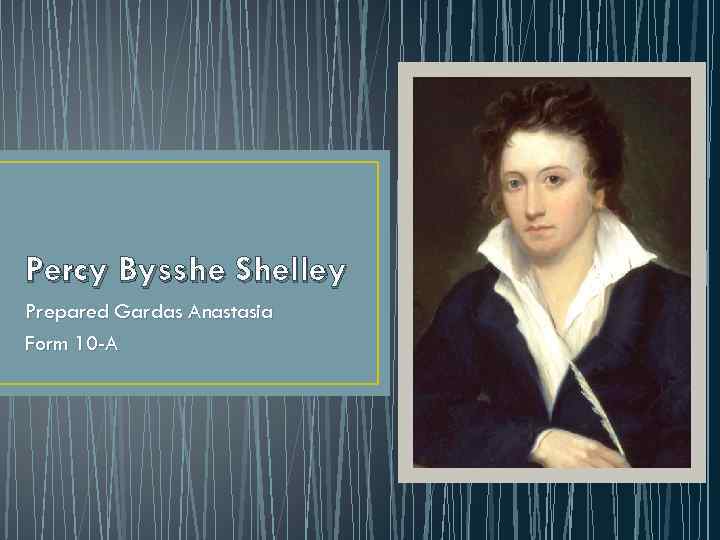 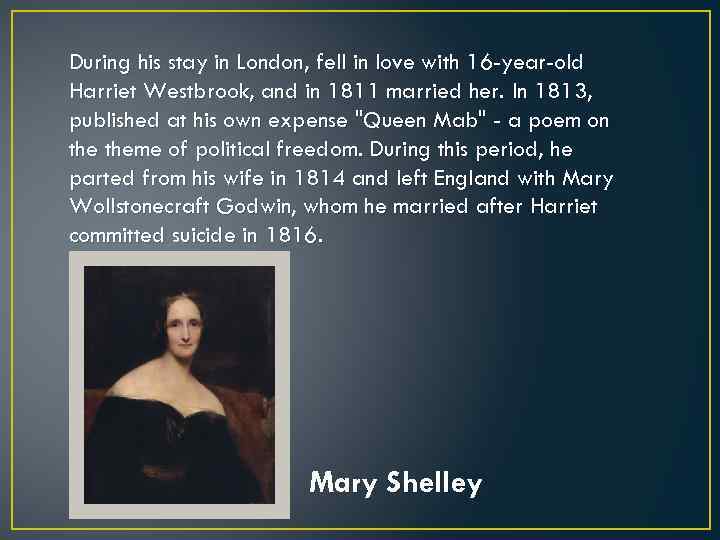 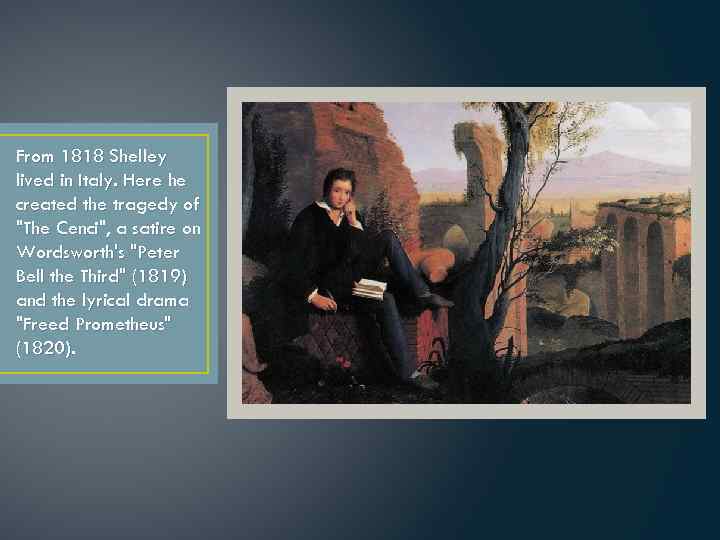 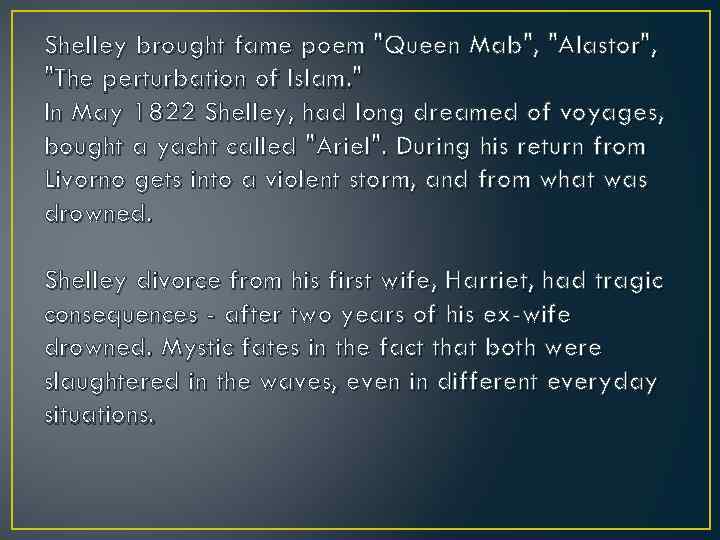 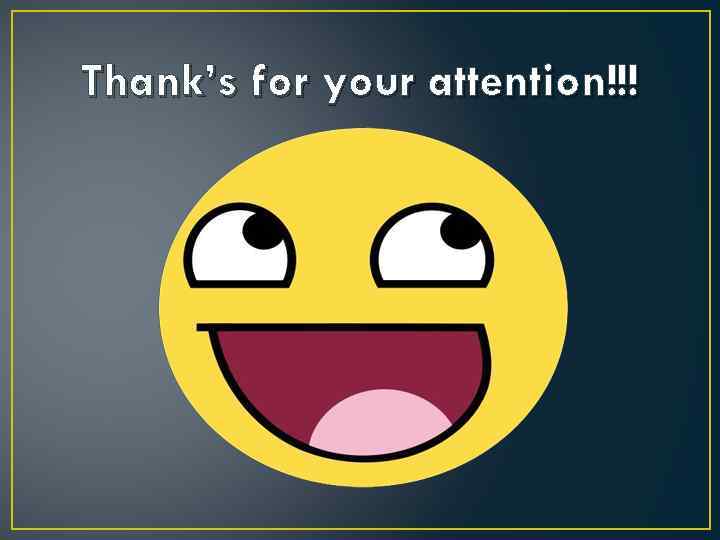 Percy Bysshe Shelley one of the greatest English poets of the XIX century. Born in Sussex 4 August 1792. He studied at Eton and then at Oxford University, from which he was expelled for taking part in work on the pamphlet "Necessity of Atheism" (1811).

During his stay in London, fell in love with 16 -year-old Harriet Westbrook, and in 1811 married her. In 1813, published at his own expense "Queen Mab" - a poem on theme of political freedom. During this period, he parted from his wife in 1814 and left England with Mary Wollstonecraft Godwin, whom he married after Harriet committed suicide in 1816. Mary Shelley

Shelley brought fame poem "Queen Mab", "Alastor", "The perturbation of Islam. " In May 1822 Shelley, had long dreamed of voyages, bought a yacht called "Ariel". During his return from Livorno gets into a violent storm, and from what was drowned. Shelley divorce from his first wife, Harriet, had tragic consequences - after two years of his ex-wife drowned. Mystic fates in the fact that both were slaughtered in the waves, even in different everyday situations.

Thank’s for your attention!!!