Pension Funds in Slovakia Consequences for the 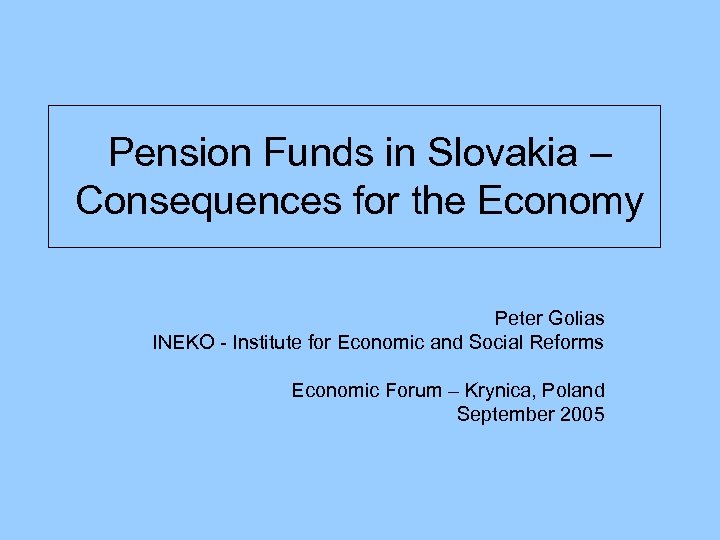 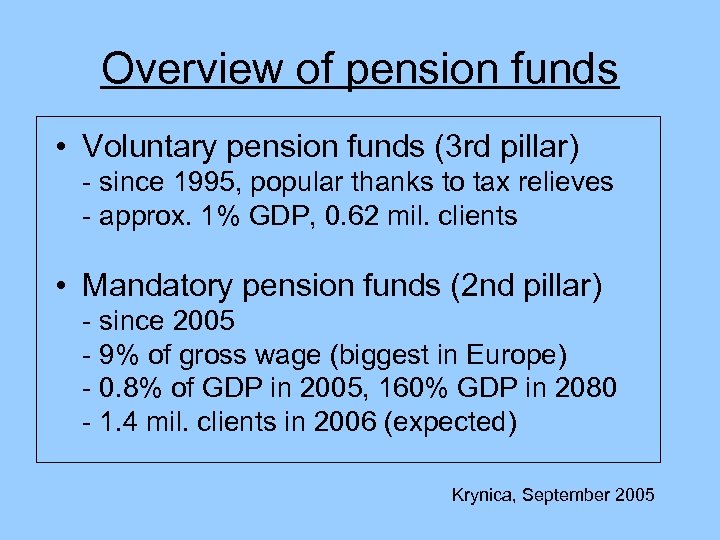 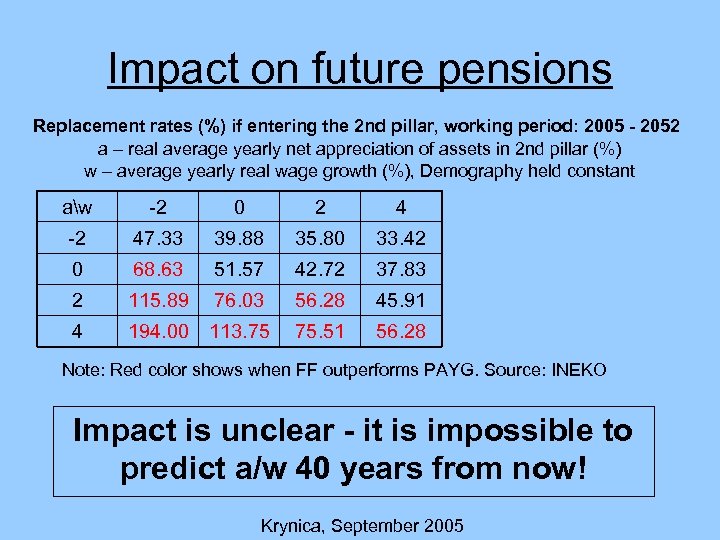 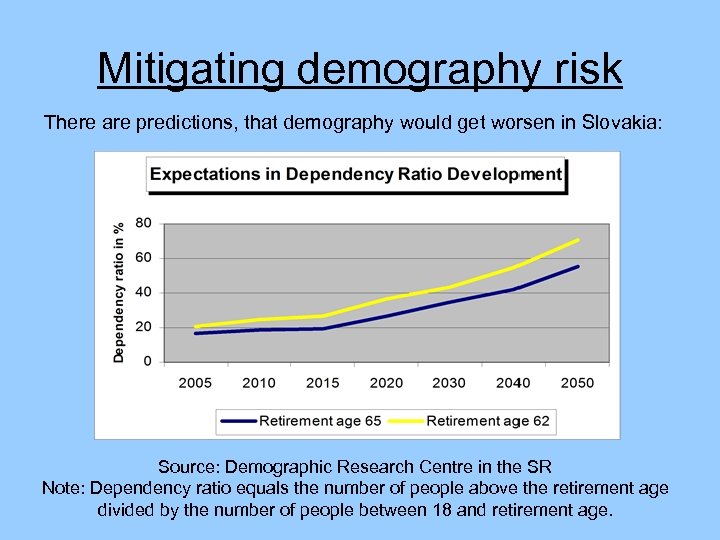 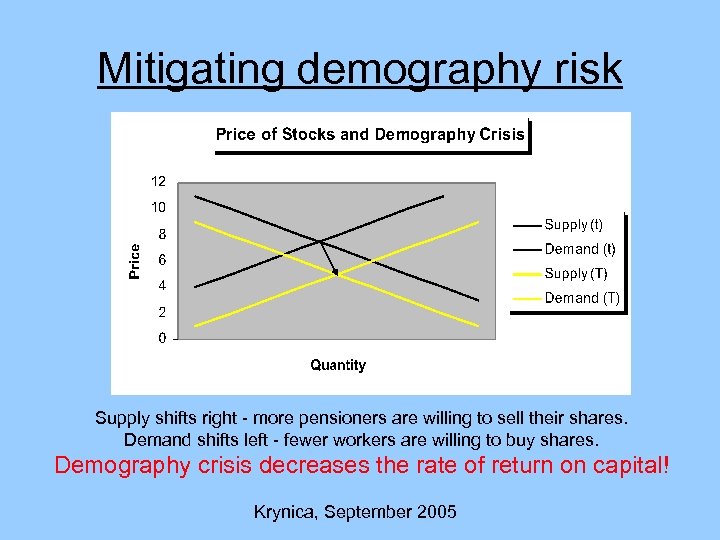 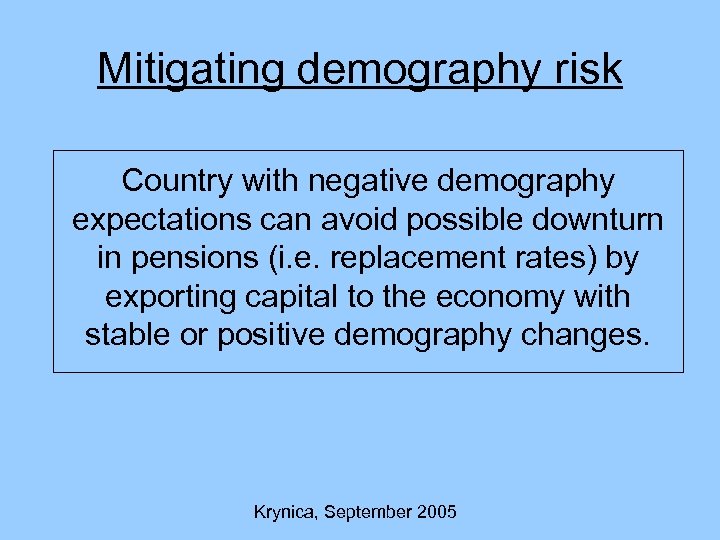 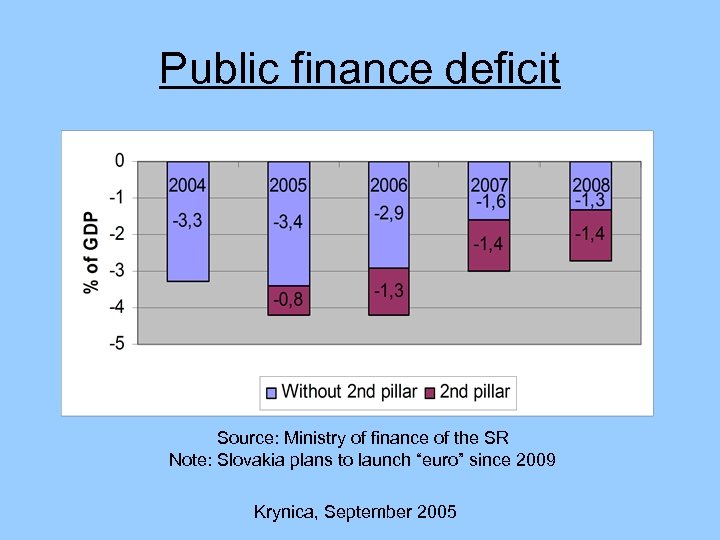 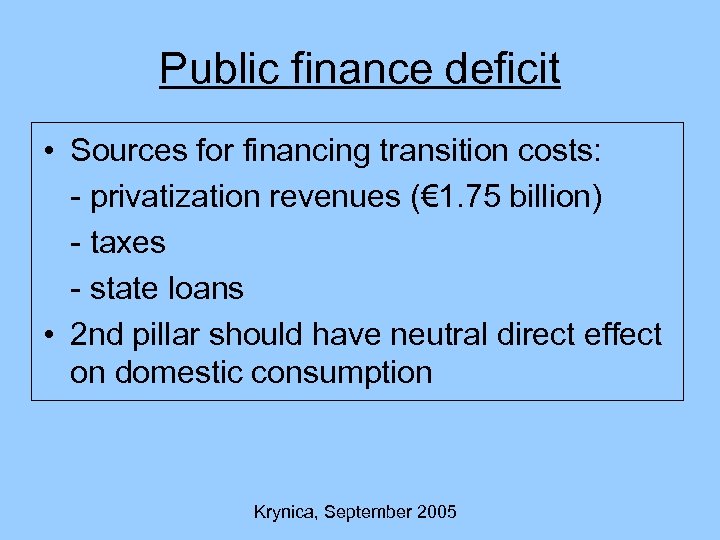 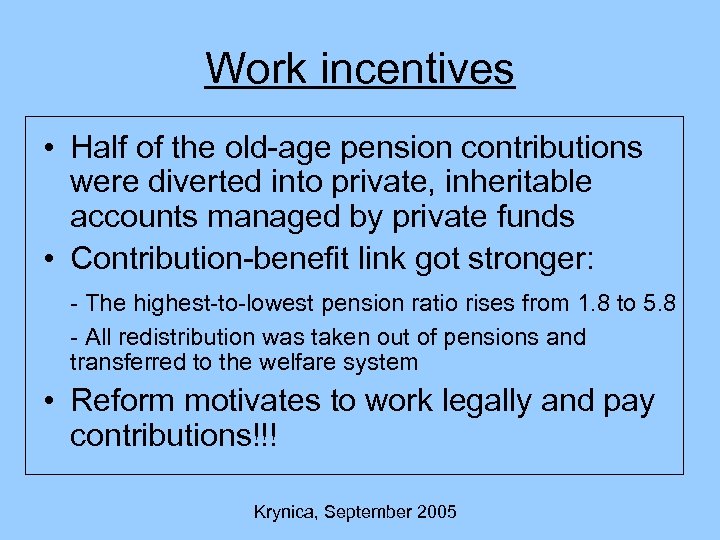 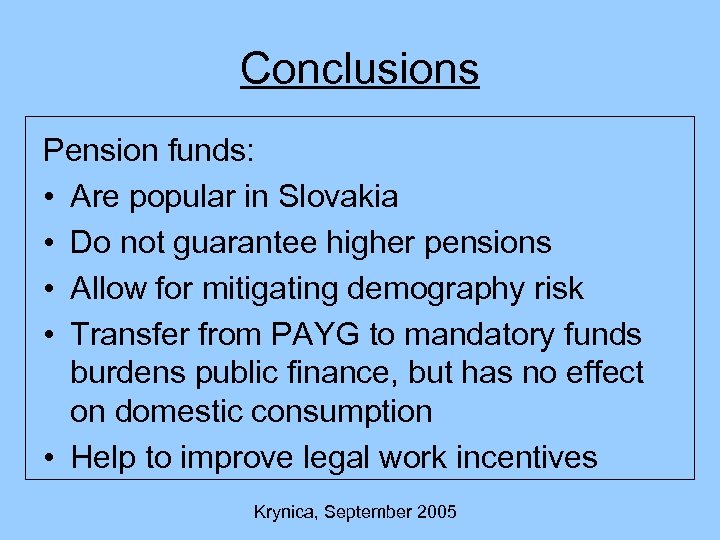 Скачать презентацию Pension Funds in Slovakia Consequences for the

Work incentives • Half of the old-age pension contributions were diverted into private, inheritable accounts managed by private funds • Contribution-benefit link got stronger: - The highest-to-lowest pension ratio rises from 1. 8 to 5. 8 - All redistribution was taken out of pensions and transferred to the welfare system • Reform motivates to work legally and pay contributions!!! Krynica, September 2005