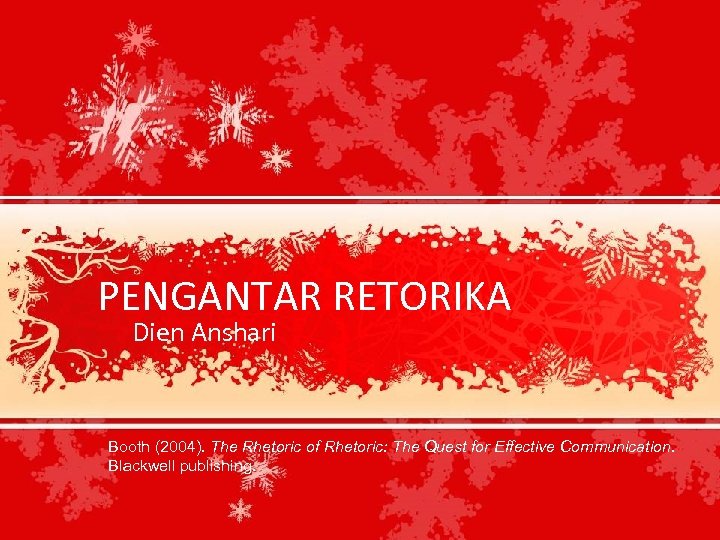 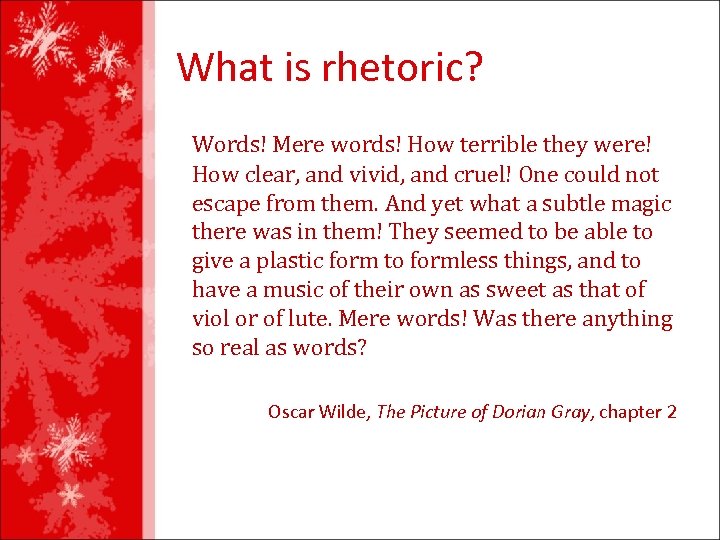 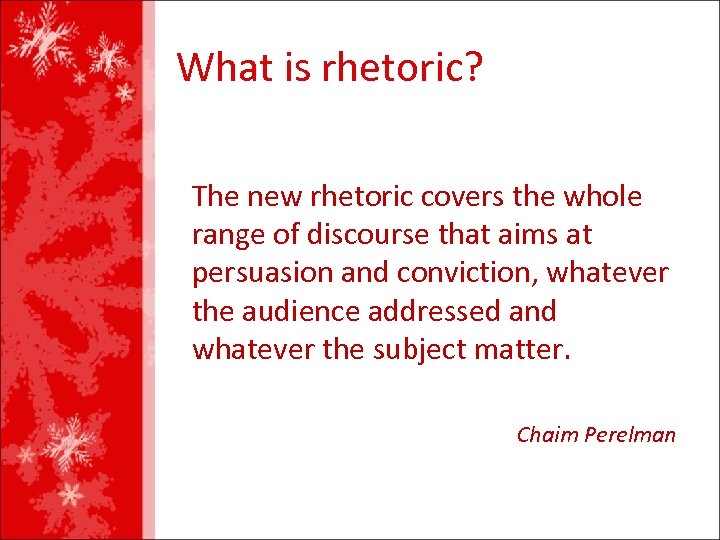 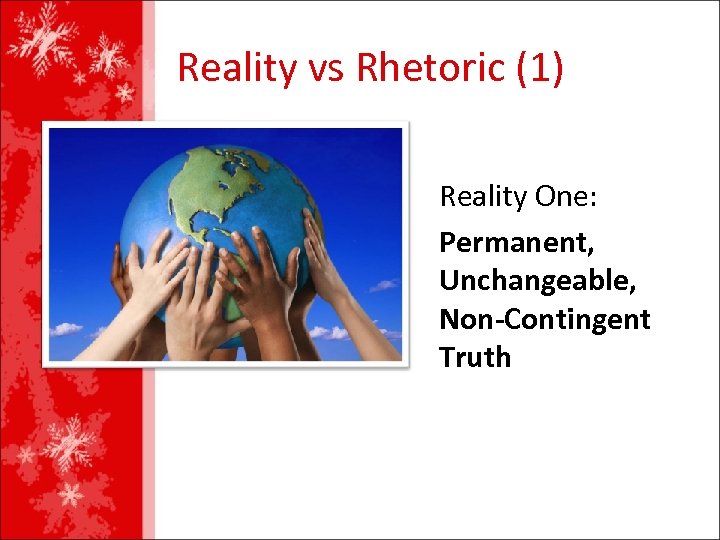 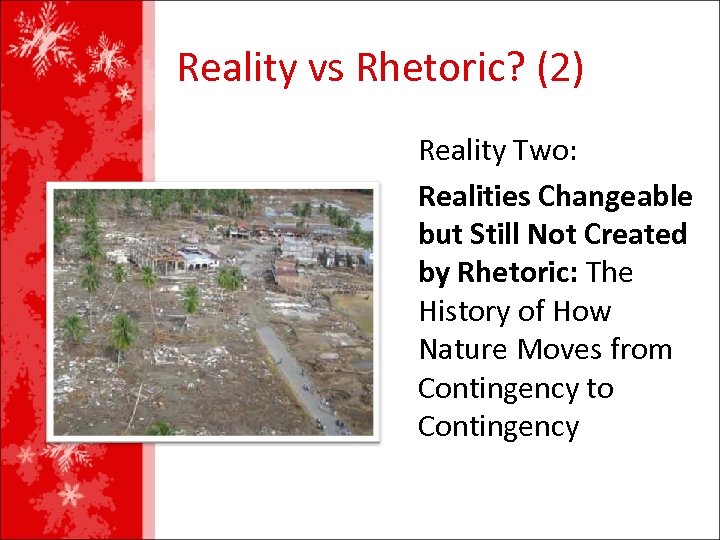 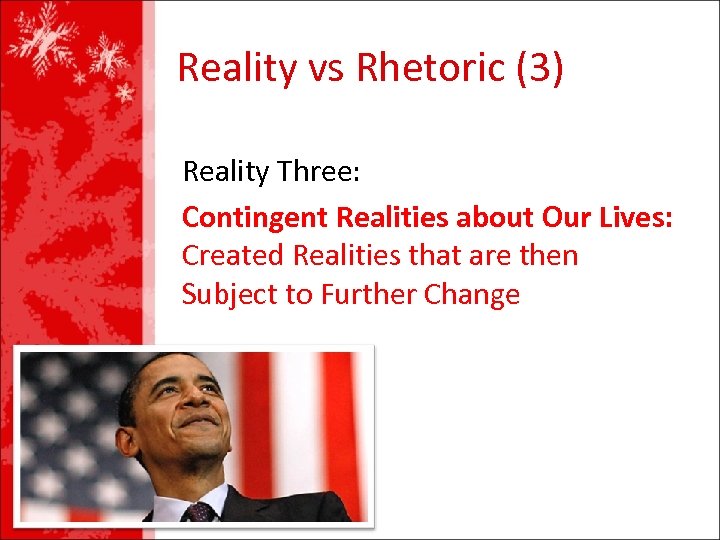 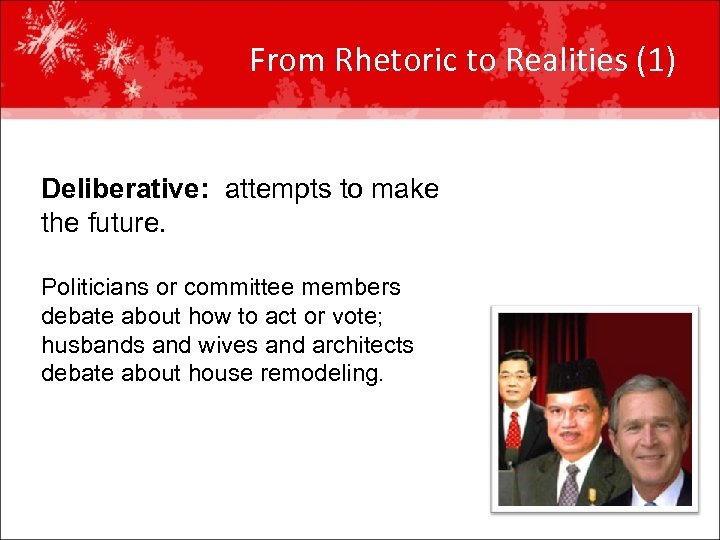 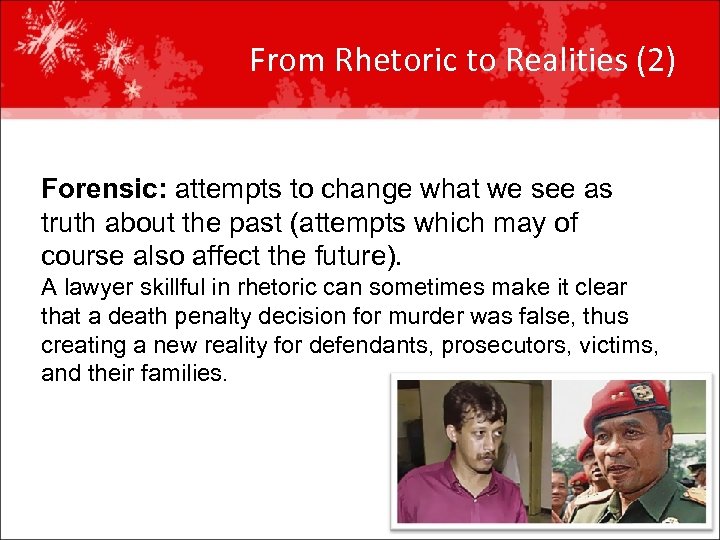 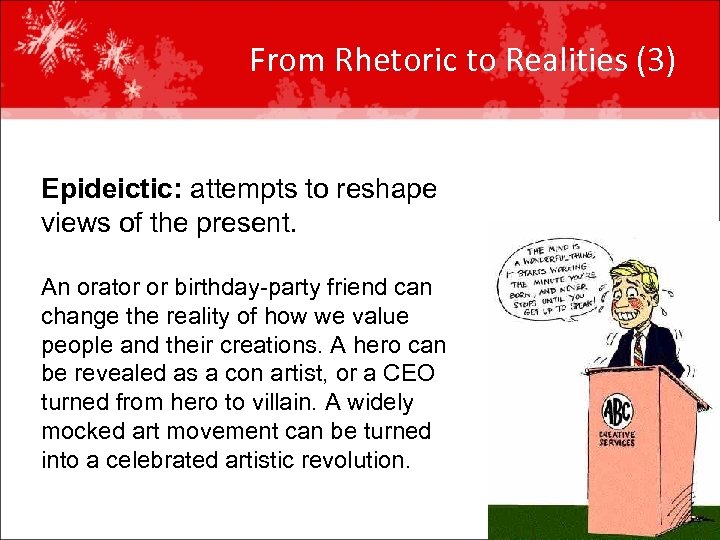 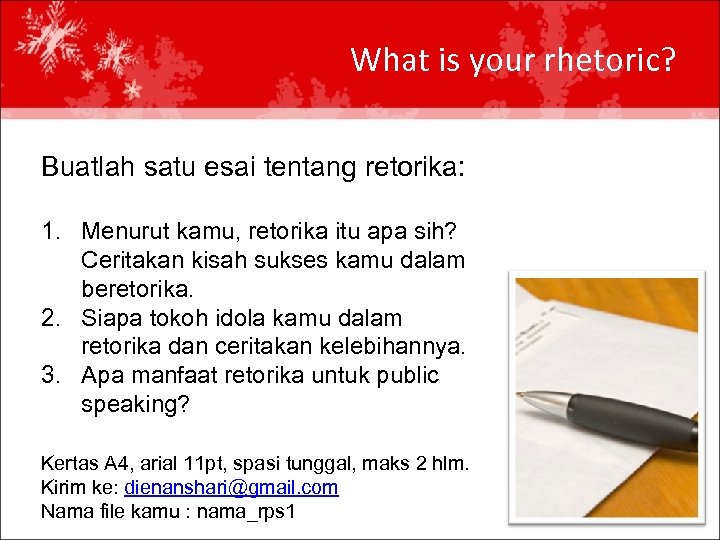 What is rhetoric? Words! Mere words! How terrible they were! How clear, and vivid, and cruel! One could not escape from them. And yet what a subtle magic there was in them! They seemed to be able to give a plastic form to formless things, and to have a music of their own as sweet as that of viol or of lute. Mere words! Was there anything so real as words? Oscar Wilde, The Picture of Dorian Gray, chapter 2

What is rhetoric? The new rhetoric covers the whole range of discourse that aims at persuasion and conviction, whatever the audience addressed and whatever the subject matter. Chaim Perelman

Reality vs Rhetoric? (2) Reality Two: Realities Changeable but Still Not Created by Rhetoric: The History of How Nature Moves from Contingency to Contingency

Reality vs Rhetoric (3) Reality Three: Contingent Realities about Our Lives: Created Realities that are then Subject to Further Change

From Rhetoric to Realities (1) Deliberative: attempts to make the future. Politicians or committee members debate about how to act or vote; husbands and wives and architects debate about house remodeling.

From Rhetoric to Realities (2) Forensic: attempts to change what we see as truth about the past (attempts which may of course also affect the future). A lawyer skillful in rhetoric can sometimes make it clear that a death penalty decision for murder was false, thus creating a new reality for defendants, prosecutors, victims, and their families.

From Rhetoric to Realities (3) Epideictic: attempts to reshape views of the present. An orator or birthday-party friend can change the reality of how we value people and their creations. A hero can be revealed as a con artist, or a CEO turned from hero to villain. A widely mocked art movement can be turned into a celebrated artistic revolution.