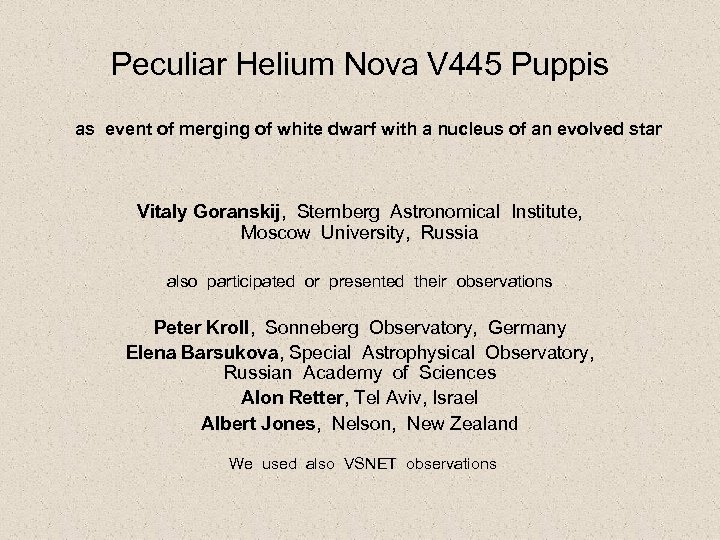 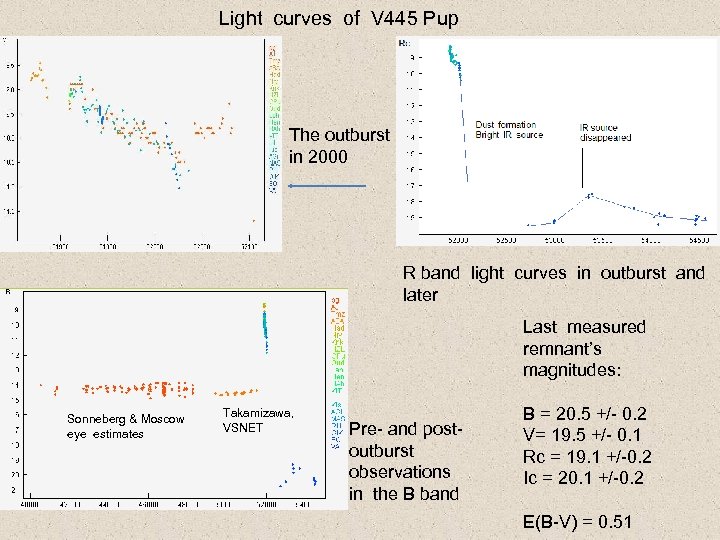 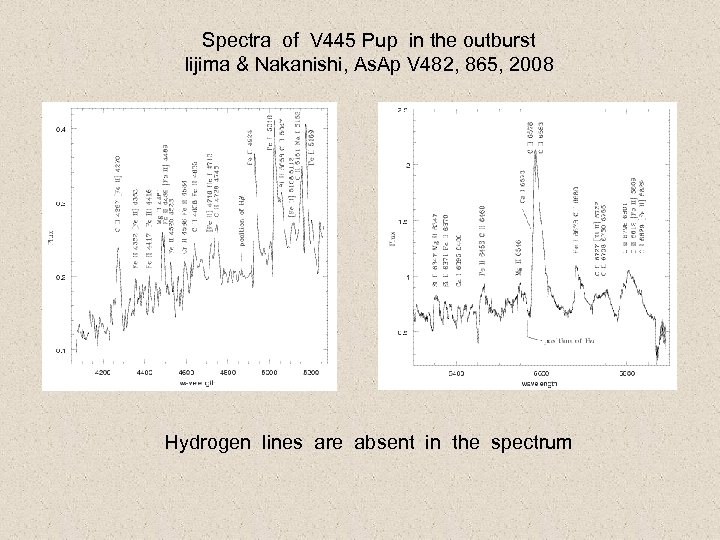 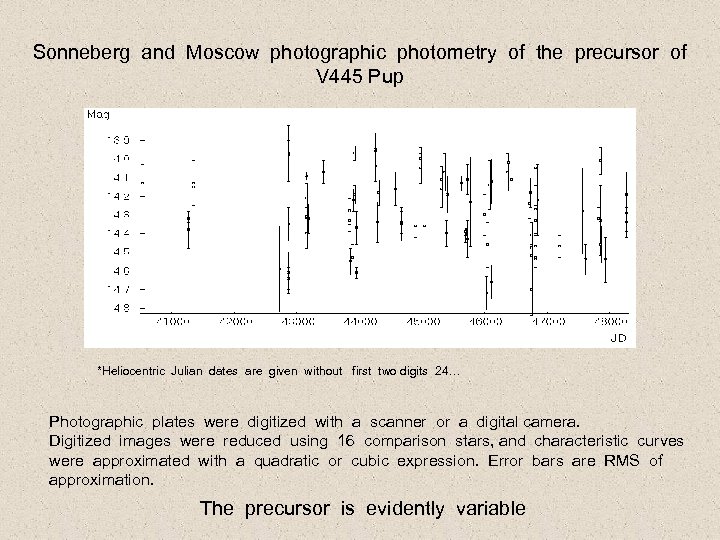 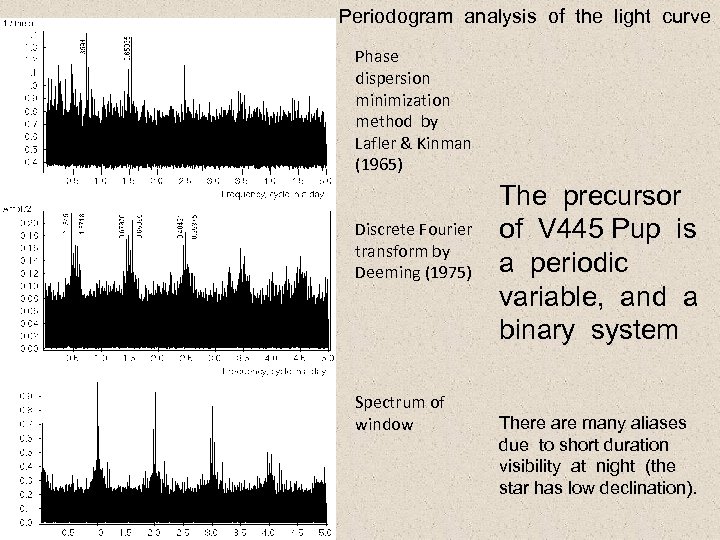 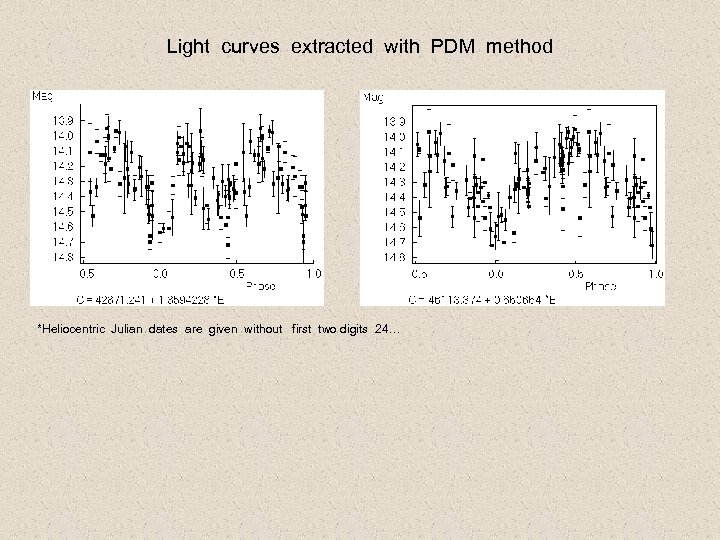 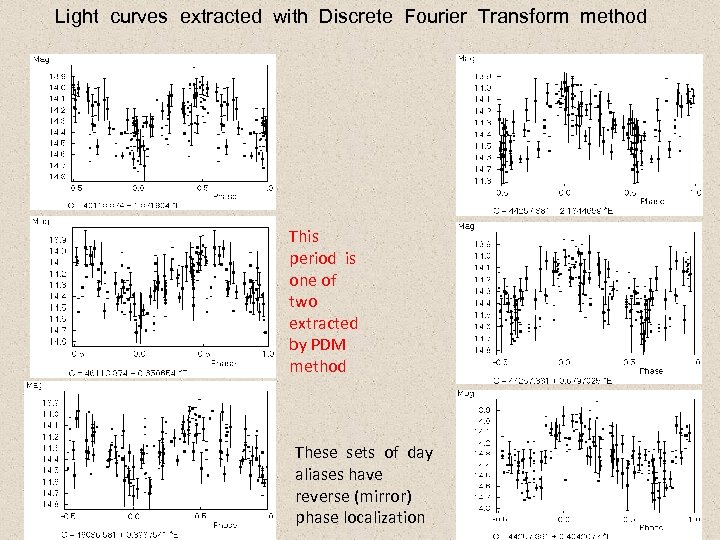 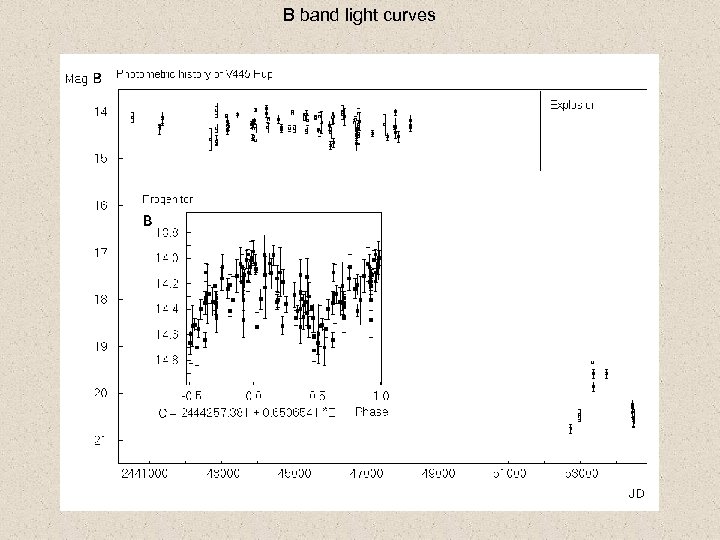 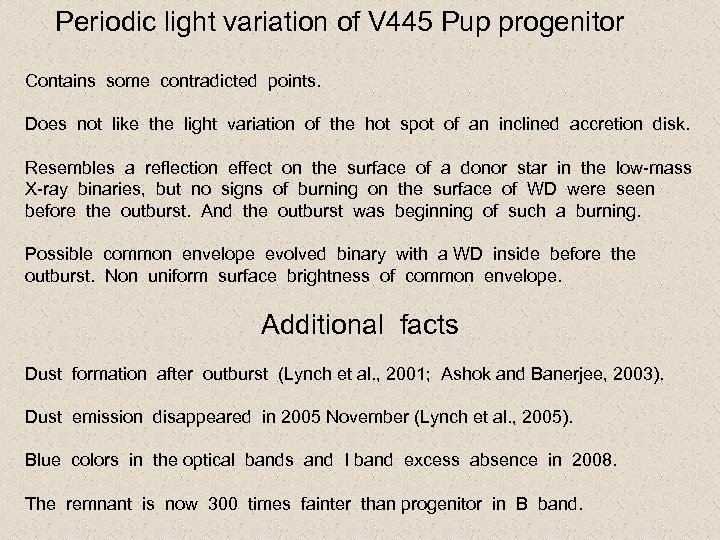 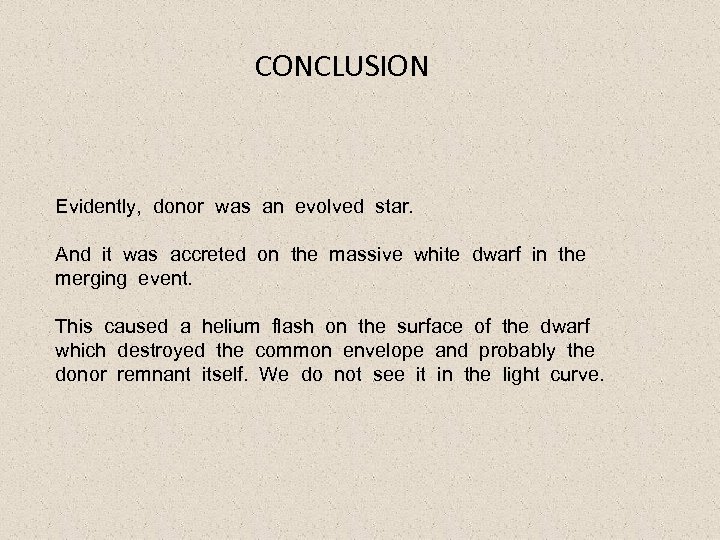 Sonneberg and Moscow photographic photometry of the precursor of V 445 Pup *Heliocentric Julian dates are given without first two digits 24… Photographic plates were digitized with a scanner or a digital camera. Digitized images were reduced using 16 comparison stars, and characteristic curves were approximated with a quadratic or cubic expression. Error bars are RMS of approximation. The precursor is evidently variable

Periodogram analysis of the light curve Phase dispersion minimization method by Lafler & Kinman (1965) Discrete Fourier transform by Deeming (1975) Spectrum of window The precursor of V 445 Pup is a periodic variable, and a binary system There are many aliases due to short duration visibility at night (the star has low declination).

Periodic light variation of V 445 Pup progenitor Contains some contradicted points. Does not like the light variation of the hot spot of an inclined accretion disk. Resembles a reflection effect on the surface of a donor star in the low-mass X-ray binaries, but no signs of burning on the surface of WD were seen before the outburst. And the outburst was beginning of such a burning. Possible common envelope evolved binary with a WD inside before the outburst. Non uniform surface brightness of common envelope. Additional facts Dust formation after outburst (Lynch et al. , 2001; Ashok and Banerjee, 2003). Dust emission disappeared in 2005 November (Lynch et al. , 2005). Blue colors in the optical bands and I band excess absence in 2008. The remnant is now 300 times fainter than progenitor in B band.

CONCLUSION Evidently, donor was an evolved star. And it was accreted on the massive white dwarf in the merging event. This caused a helium flash on the surface of the dwarf which destroyed the common envelope and probably the donor remnant itself. We do not see it in the light curve.