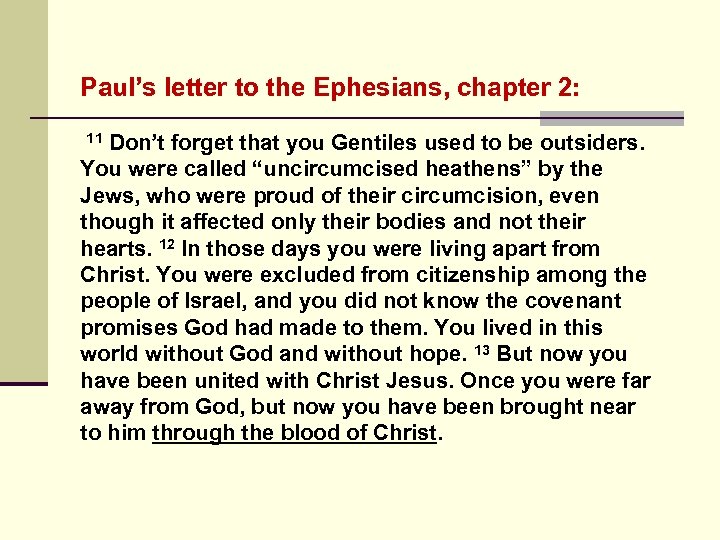 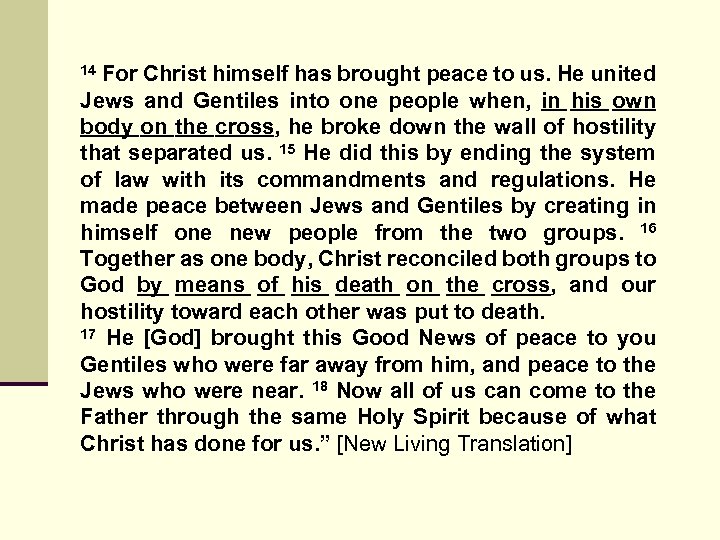 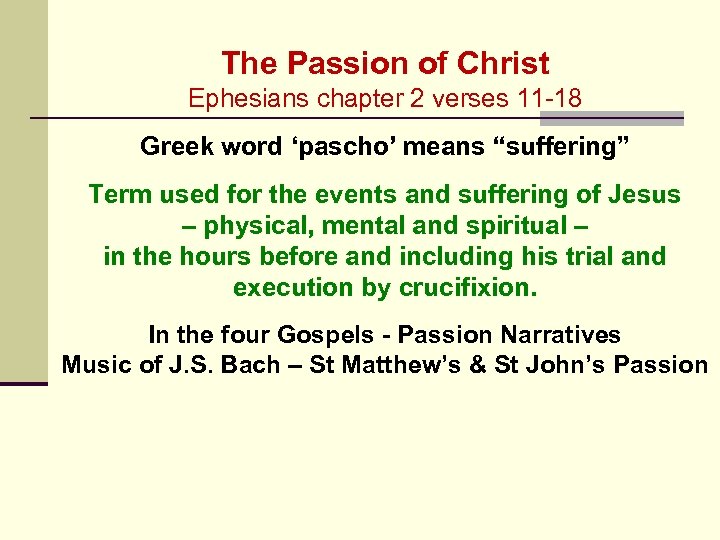 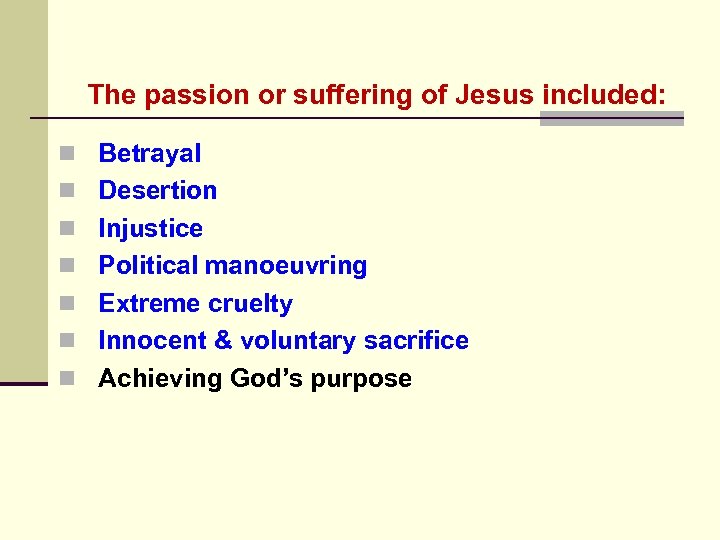 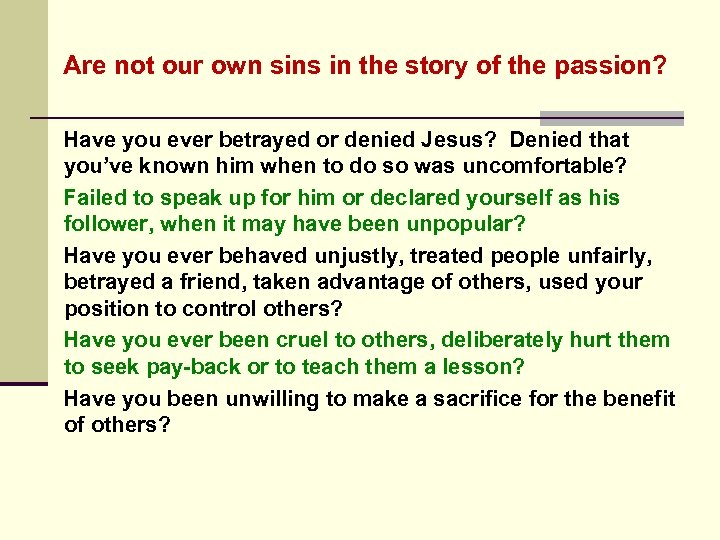 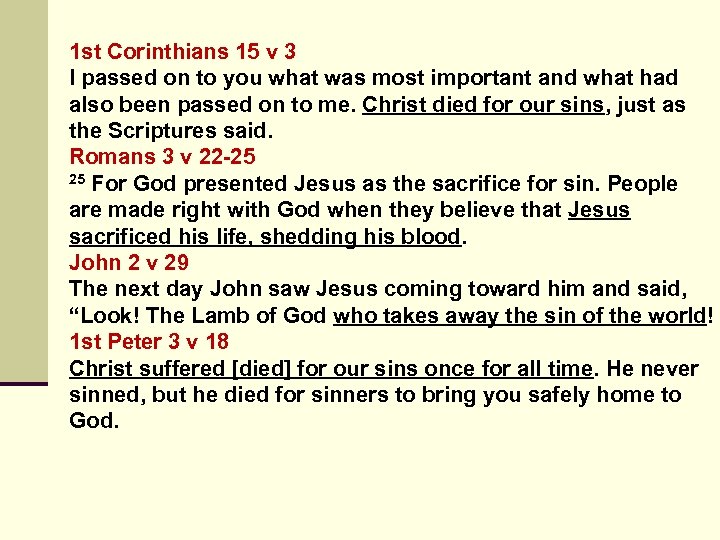 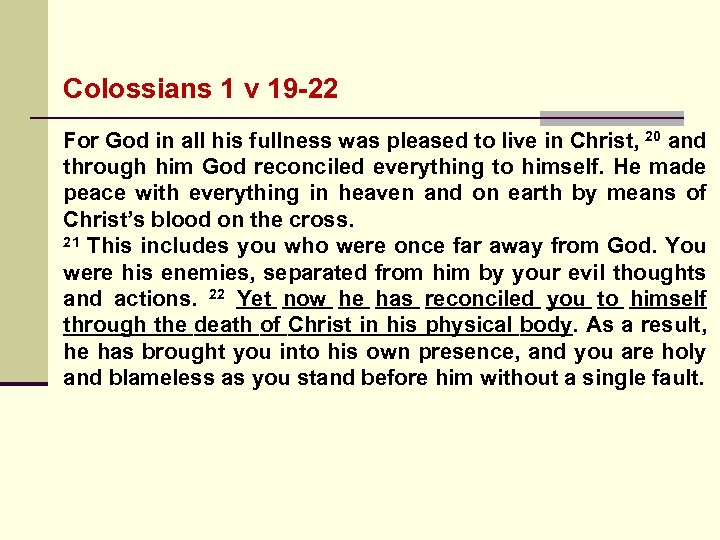 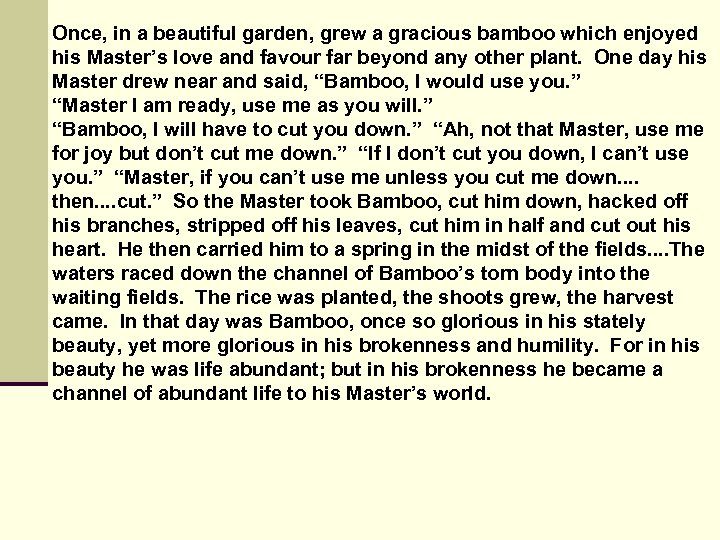 Paul’s letter to the Ephesians, chapter 2: 11 Don’t forget that you Gentiles used to be outsiders. You were called “uncircumcised heathens” by the Jews, who were proud of their circumcision, even though it affected only their bodies and not their hearts. 12 In those days you were living apart from Christ. You were excluded from citizenship among the people of Israel, and you did not know the covenant promises God had made to them. You lived in this world without God and without hope. 13 But now you have been united with Christ Jesus. Once you were far away from God, but now you have been brought near to him through the blood of Christ.

14 For Christ himself has brought peace to us. He united Jews and Gentiles into one people when, in his own body on the cross, he broke down the wall of hostility that separated us. 15 He did this by ending the system of law with its commandments and regulations. He made peace between Jews and Gentiles by creating in himself one new people from the two groups. 16 Together as one body, Christ reconciled both groups to God by means of his death on the cross, and our hostility toward each other was put to death. 17 He [God] brought this Good News of peace to you Gentiles who were far away from him, and peace to the Jews who were near. 18 Now all of us can come to the Father through the same Holy Spirit because of what Christ has done for us. ” [New Living Translation]

The Passion of Christ Ephesians chapter 2 verses 11 -18 Greek word ‘pascho’ means “suffering” Term used for the events and suffering of Jesus – physical, mental and spiritual – in the hours before and including his trial and execution by crucifixion. In the four Gospels - Passion Narratives Music of J. S. Bach – St Matthew’s & St John’s Passion

Are not our own sins in the story of the passion? Have you ever betrayed or denied Jesus? Denied that you’ve known him when to do so was uncomfortable? Failed to speak up for him or declared yourself as his follower, when it may have been unpopular? Have you ever behaved unjustly, treated people unfairly, betrayed a friend, taken advantage of others, used your position to control others? Have you ever been cruel to others, deliberately hurt them to seek pay-back or to teach them a lesson? Have you been unwilling to make a sacrifice for the benefit of others?

1 st Corinthians 15 v 3 I passed on to you what was most important and what had also been passed on to me. Christ died for our sins, just as the Scriptures said. Romans 3 v 22 -25 25 For God presented Jesus as the sacrifice for sin. People are made right with God when they believe that Jesus sacrificed his life, shedding his blood. John 2 v 29 The next day John saw Jesus coming toward him and said, “Look! The Lamb of God who takes away the sin of the world! 1 st Peter 3 v 18 Christ suffered [died] for our sins once for all time. He never sinned, but he died for sinners to bring you safely home to God.

Colossians 1 v 19 -22 For God in all his fullness was pleased to live in Christ, 20 and through him God reconciled everything to himself. He made peace with everything in heaven and on earth by means of Christ’s blood on the cross. 21 This includes you who were once far away from God. You were his enemies, separated from him by your evil thoughts and actions. 22 Yet now he has reconciled you to himself through the death of Christ in his physical body. As a result, he has brought you into his own presence, and you are holy and blameless as you stand before him without a single fault.

Once, in a beautiful garden, grew a gracious bamboo which enjoyed his Master’s love and favour far beyond any other plant. One day his Master drew near and said, “Bamboo, I would use you. ” “Master I am ready, use me as you will. ” “Bamboo, I will have to cut you down. ” “Ah, not that Master, use me for joy but don’t cut me down. ” “If I don’t cut you down, I can’t use you. ” “Master, if you can’t use me unless you cut me down. . then. . cut. ” So the Master took Bamboo, cut him down, hacked off his branches, stripped off his leaves, cut him in half and cut out his heart. He then carried him to a spring in the midst of the fields. . The waters raced down the channel of Bamboo’s torn body into the waiting fields. The rice was planted, the shoots grew, the harvest came. In that day was Bamboo, once so glorious in his stately beauty, yet more glorious in his brokenness and humility. For in his beauty he was life abundant; but in his brokenness he became a channel of abundant life to his Master’s world.