Passive Voice Present Simple to BE am is are 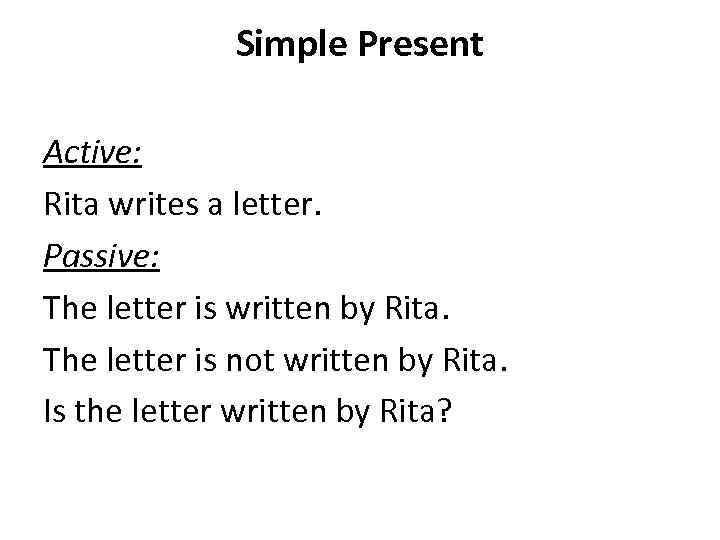 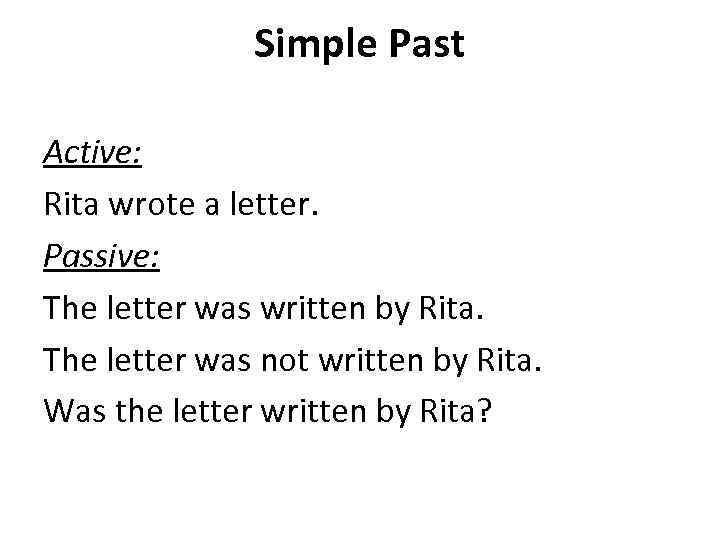 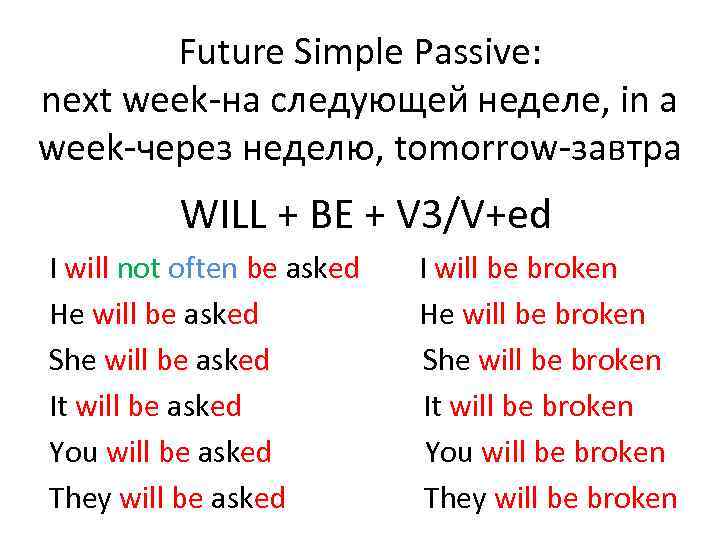 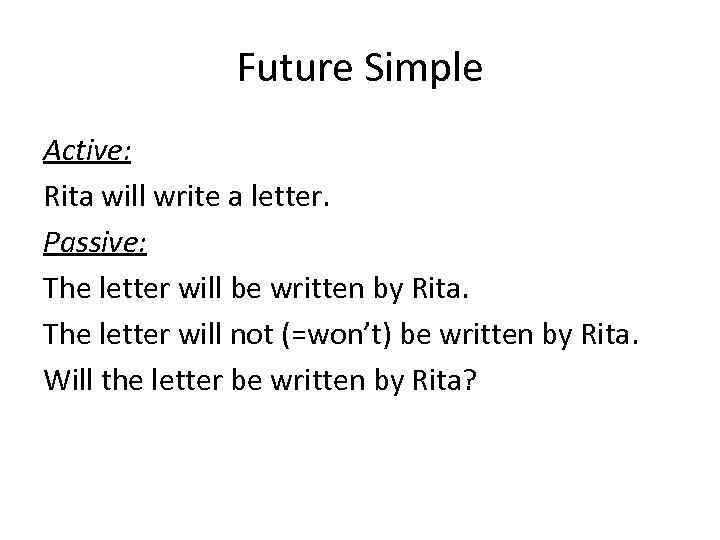 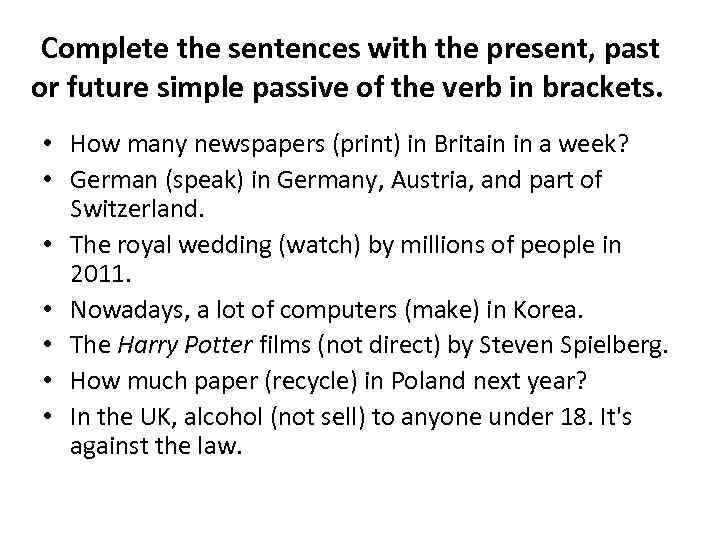 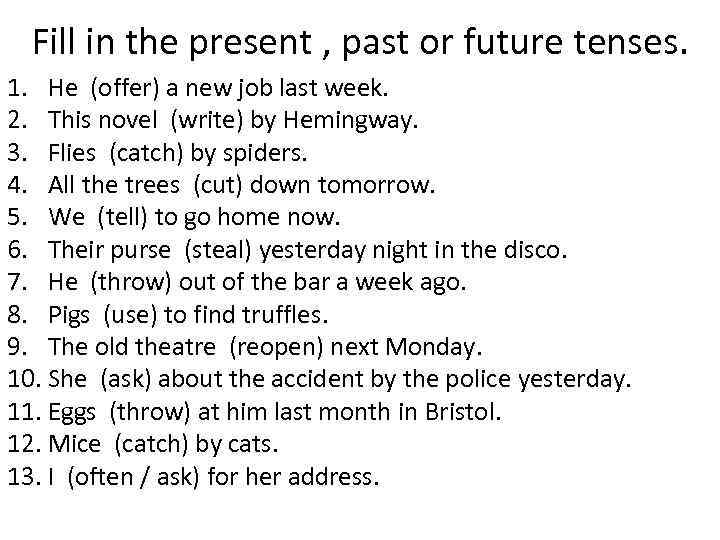 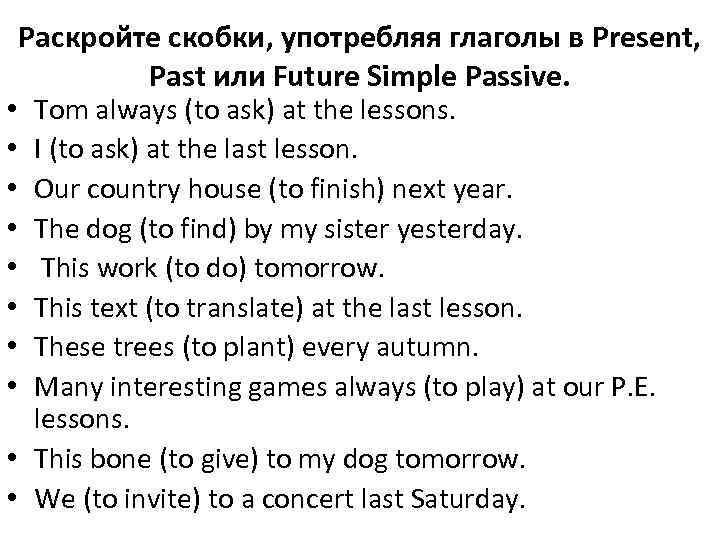 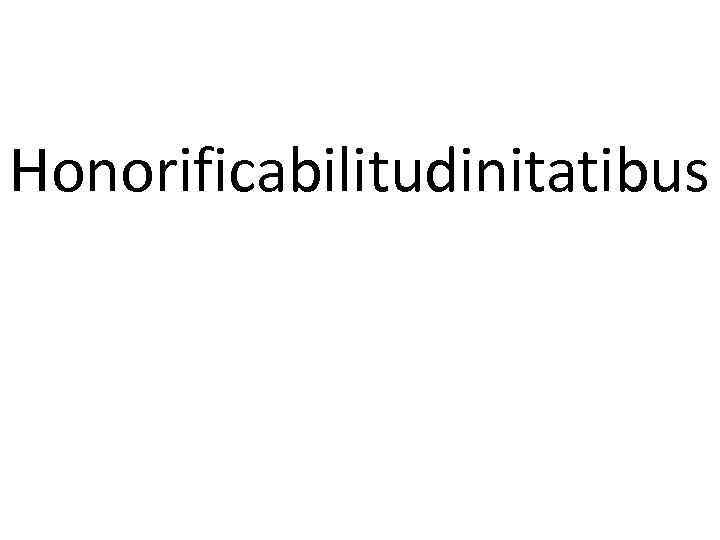 Скачать презентацию Passive Voice Present Simple to BE am is are

Complete the sentences with the present, past or future simple passive of the verb in brackets. • How many newspapers (print) in Britain in a week? • German (speak) in Germany, Austria, and part of Switzerland. • The royal wedding (watch) by millions of people in 2011. • Nowadays, a lot of computers (make) in Korea. • The Harry Potter films (not direct) by Steven Spielberg. • How much paper (recycle) in Poland next year? • In the UK, alcohol (not sell) to anyone under 18. It's against the law.

Раскройте скобки, употребляя глаголы в Present, Past или Future Simple Passive. Tom always (to ask) at the lessons. I (to ask) at the last lesson. Our country house (to finish) next year. The dog (to find) by my sister yesterday. This work (to do) tomorrow. This text (to translate) at the last lesson. These trees (to plant) every autumn. Many interesting games always (to play) at our P. E. lessons. • This bone (to give) to my dog tomorrow. • We (to invite) to a concert last Saturday. • •

REVISING GRAMMAR THERE IS / THERE ARE