Parts of Speech There s 8 of them 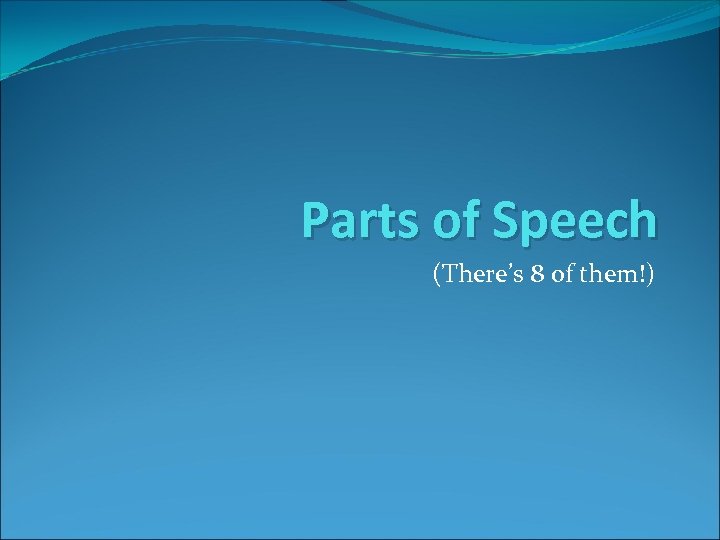 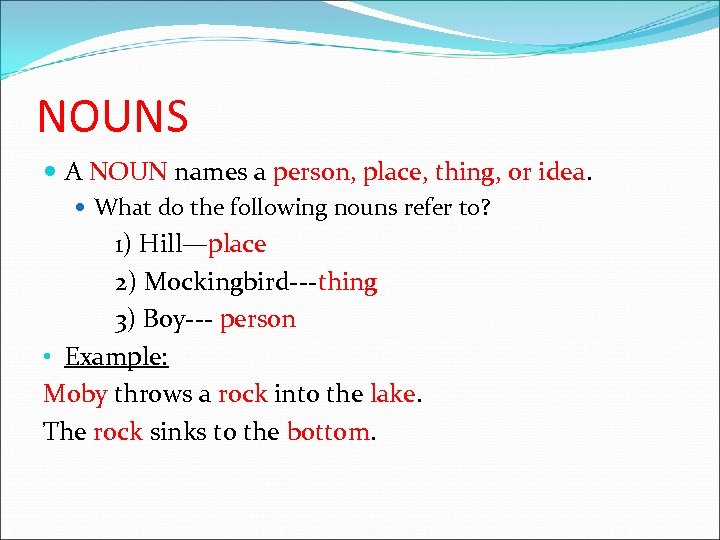 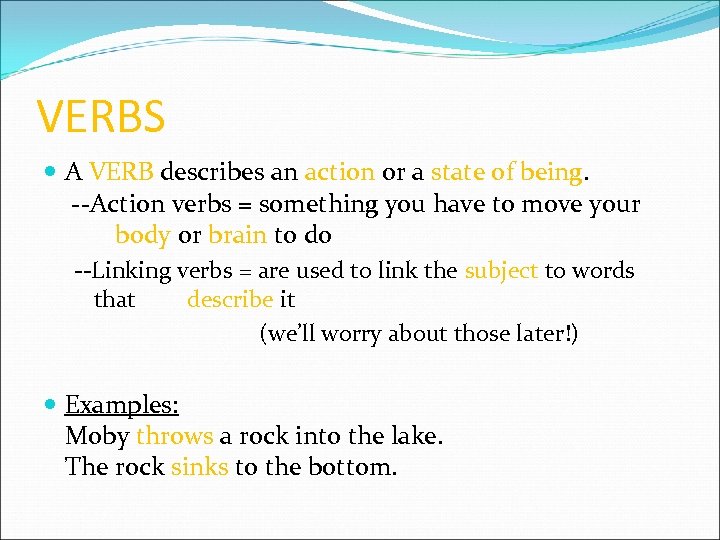 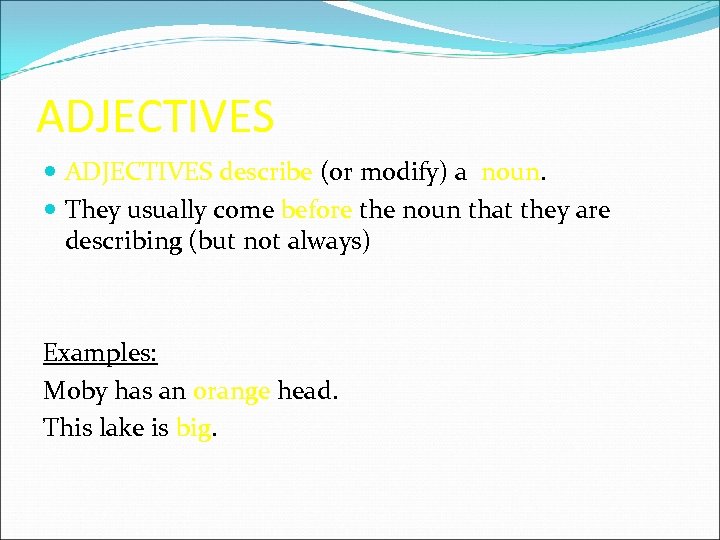 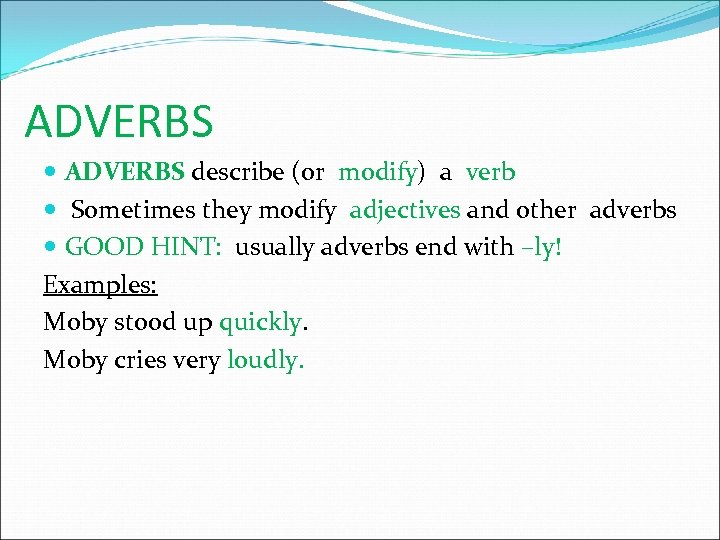 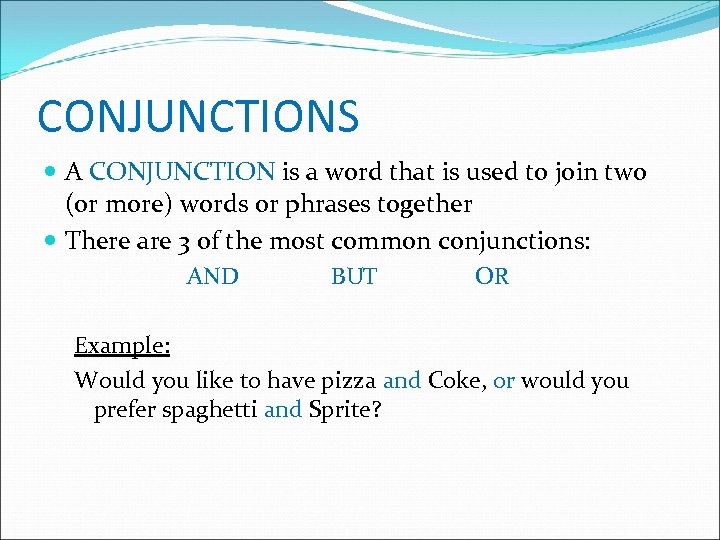 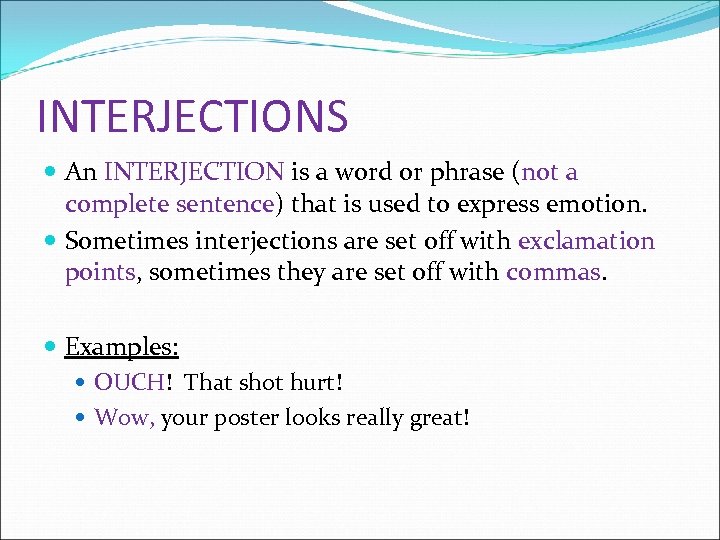 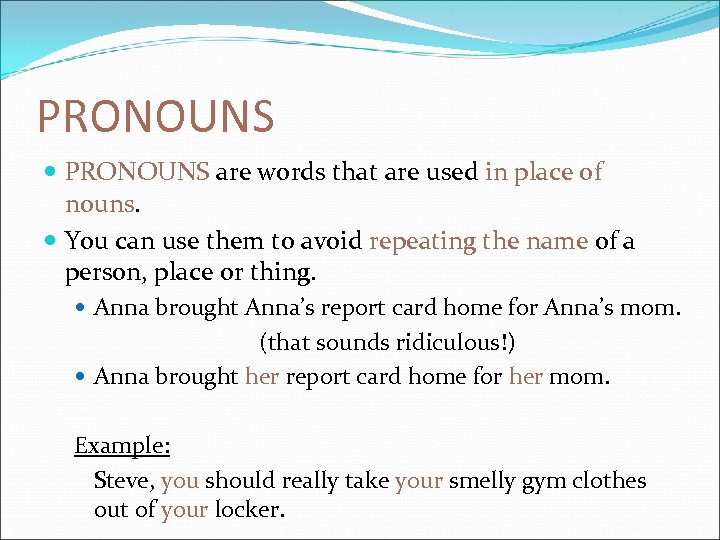 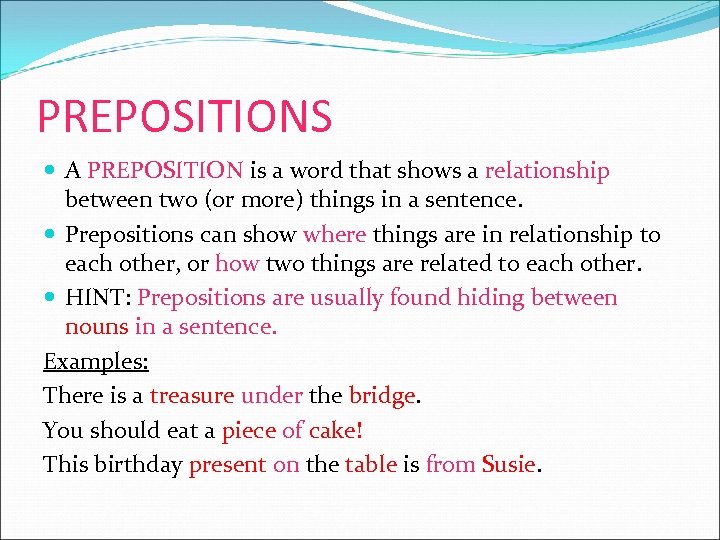 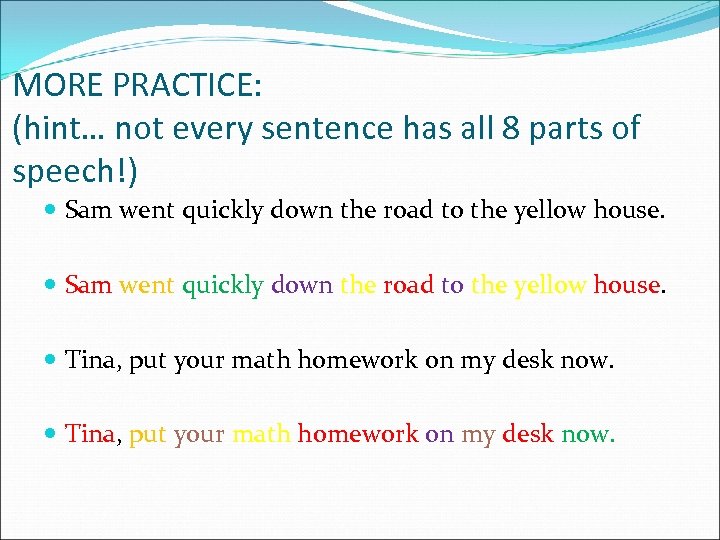 Скачать презентацию Parts of Speech There s 8 of them

NOUNS A NOUN names a person, place, thing, or idea. What do the following nouns refer to? 1) Hill—place 2) Mockingbird---thing 3) Boy--- person • Example: Moby throws a rock into the lake. The rock sinks to the bottom.

VERBS A VERB describes an action or a state of being. --Action verbs = something you have to move your body or brain to do --Linking verbs = are used to link the subject to words that describe it (we’ll worry about those later!) Examples: Moby throws a rock into the lake. The rock sinks to the bottom.

ADJECTIVES describe (or modify) a noun. They usually come before the noun that they are describing (but not always) Examples: Moby has an orange head. This lake is big.

CONJUNCTIONS A CONJUNCTION is a word that is used to join two (or more) words or phrases together There are 3 of the most common conjunctions: AND BUT OR Example: Would you like to have pizza and Coke, or would you prefer spaghetti and Sprite?

INTERJECTIONS An INTERJECTION is a word or phrase (not a complete sentence) that is used to express emotion. Sometimes interjections are set off with exclamation points, sometimes they are set off with commas. Examples: OUCH! That shot hurt! Wow, your poster looks really great!

PREPOSITIONS A PREPOSITION is a word that shows a relationship between two (or more) things in a sentence. Prepositions can show where things are in relationship to each other, or how two things are related to each other. HINT: Prepositions are usually found hiding between nouns in a sentence. Examples: There is a treasure under the bridge. You should eat a piece of cake! This birthday present on the table is from Susie.

MORE PRACTICE: (hint… not every sentence has all 8 parts of speech!) Sam went quickly down the road to the yellow house. Tina, put your math homework on my desk now.