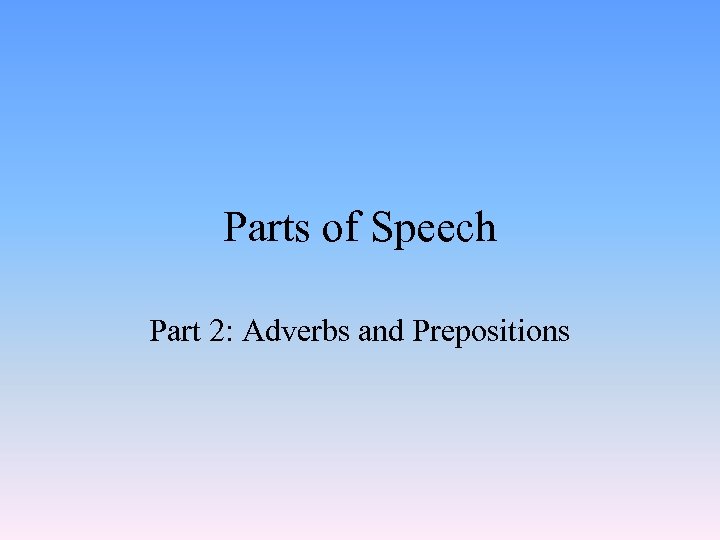 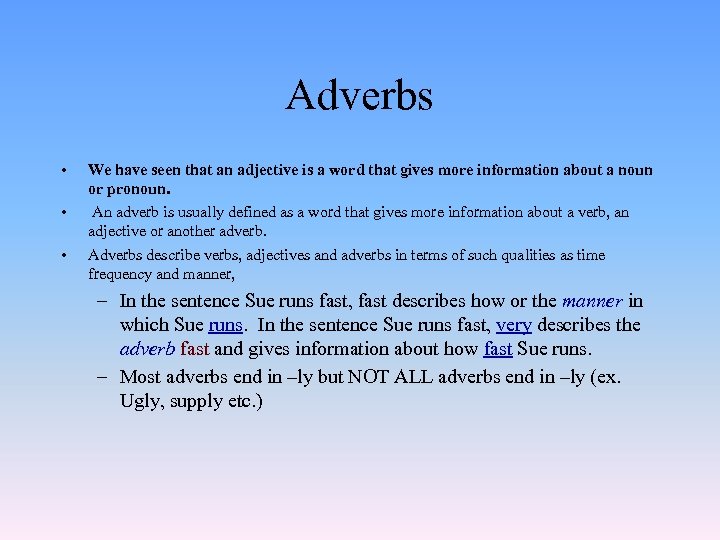 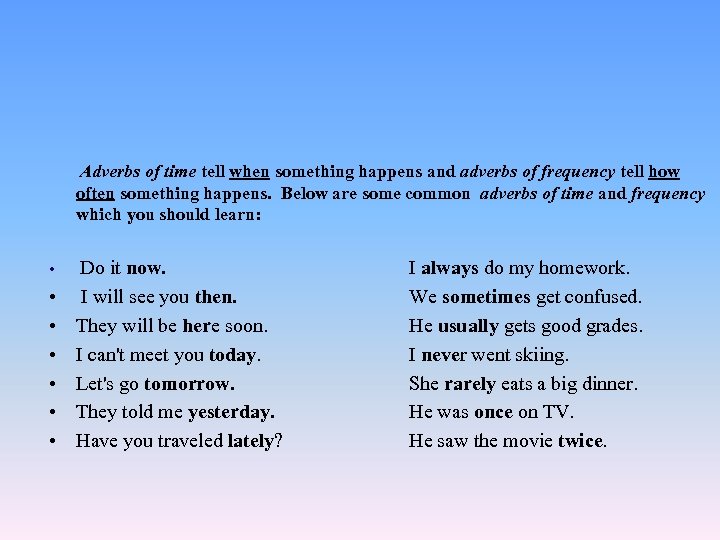 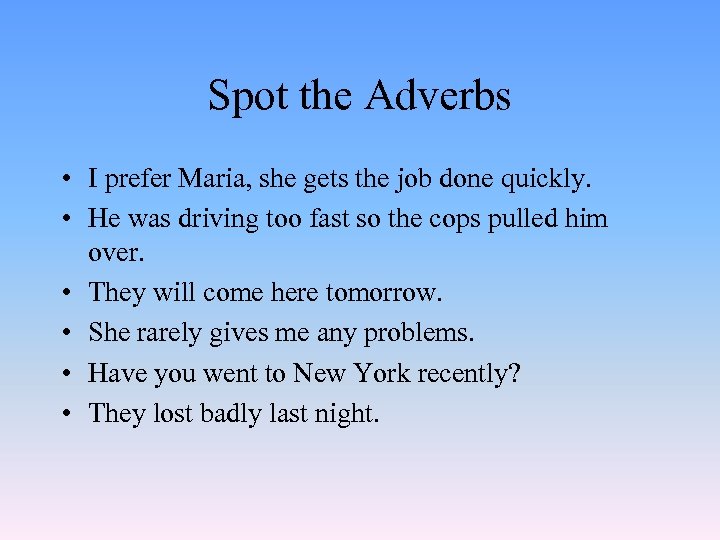 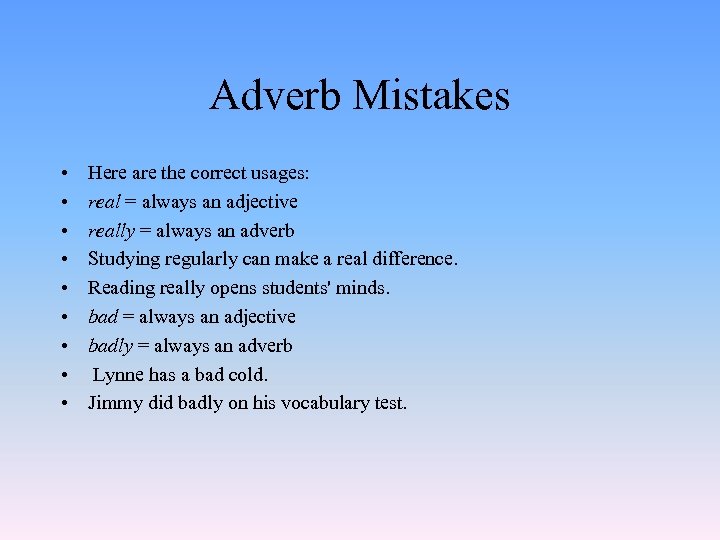 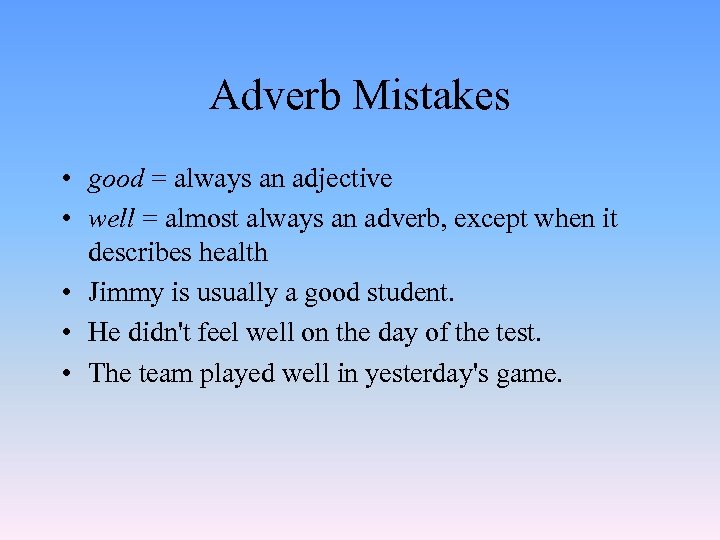 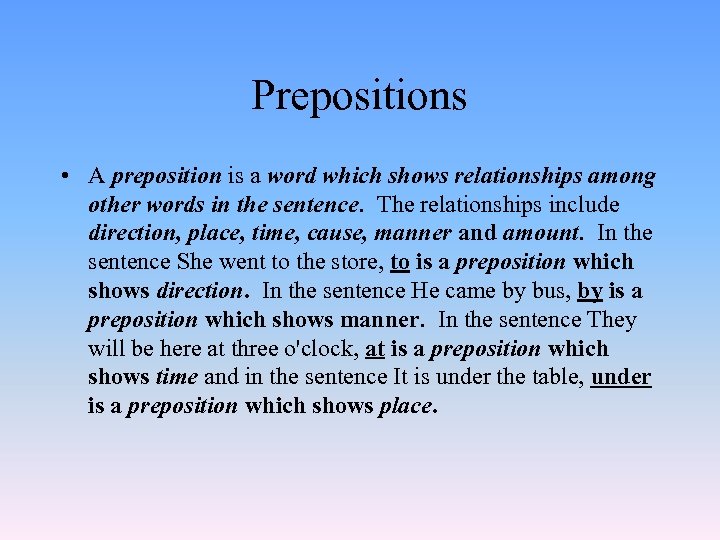 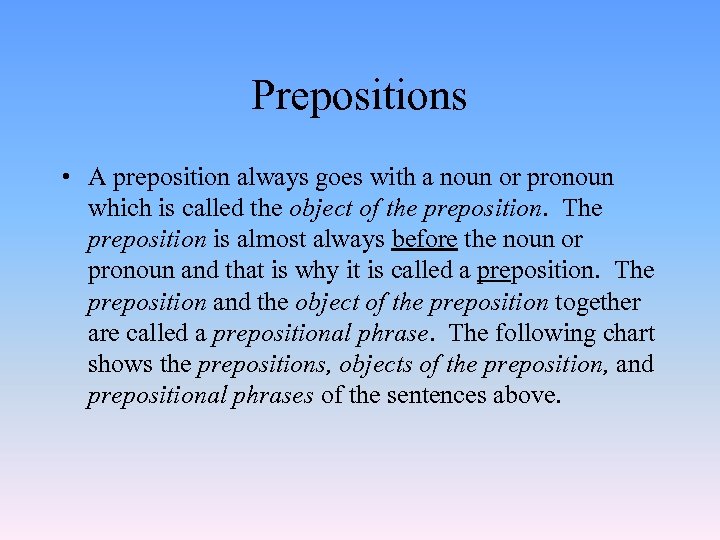 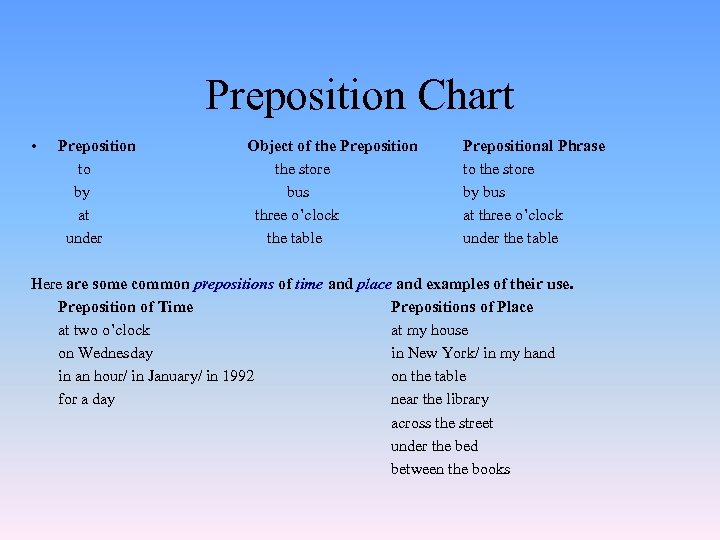 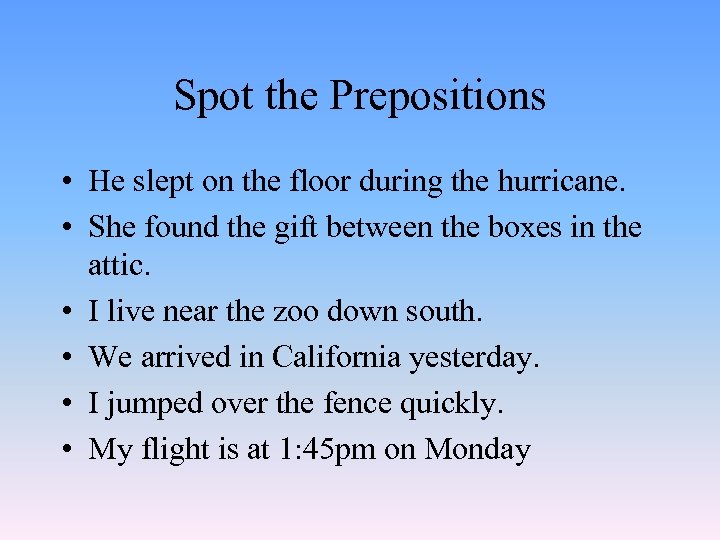 Adverbs of time tell when something happens and adverbs of frequency tell how often something happens. Below are some common adverbs of time and frequency which you should learn: • Do it now. • • • I will see you then. They will be here soon. I can't meet you today. Let's go tomorrow. They told me yesterday. Have you traveled lately? I always do my homework. We sometimes get confused. He usually gets good grades. I never went skiing. She rarely eats a big dinner. He was once on TV. He saw the movie twice.

Spot the Adverbs • I prefer Maria, she gets the job done quickly. • He was driving too fast so the cops pulled him over. • They will come here tomorrow. • She rarely gives me any problems. • Have you went to New York recently? • They lost badly last night.

Adverb Mistakes • good = always an adjective • well = almost always an adverb, except when it describes health • Jimmy is usually a good student. • He didn't feel well on the day of the test. • The team played well in yesterday's game.

Spot the Prepositions • He slept on the floor during the hurricane. • She found the gift between the boxes in the attic. • I live near the zoo down south. • We arrived in California yesterday. • I jumped over the fence quickly. • My flight is at 1: 45 pm on Monday