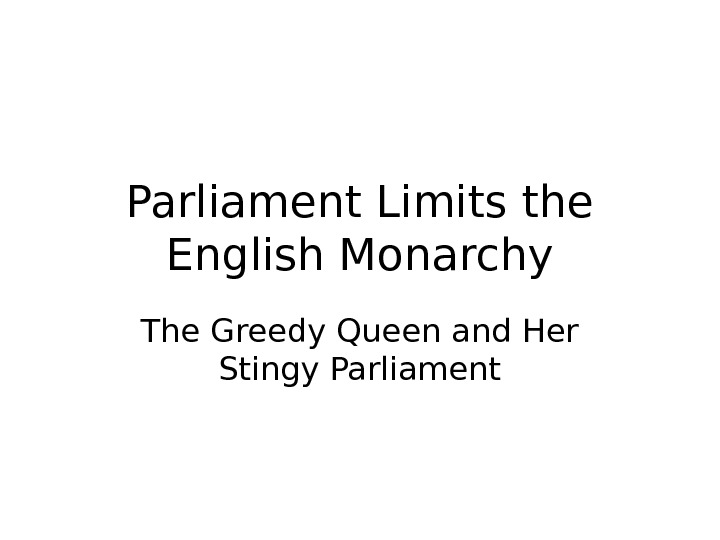 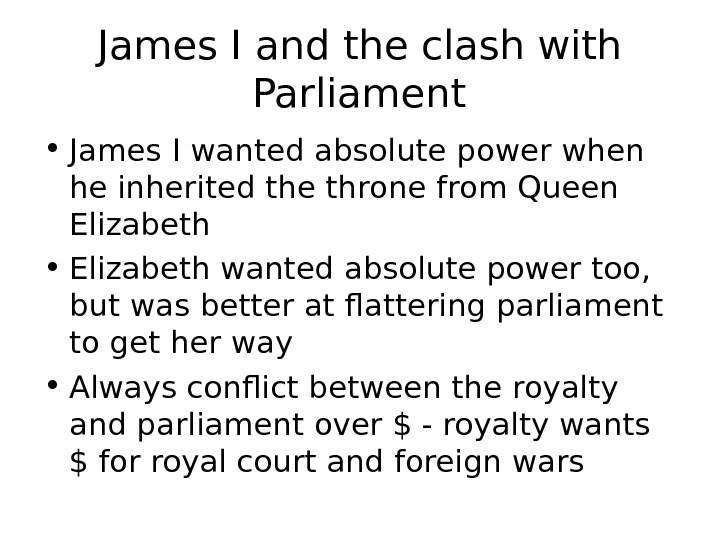 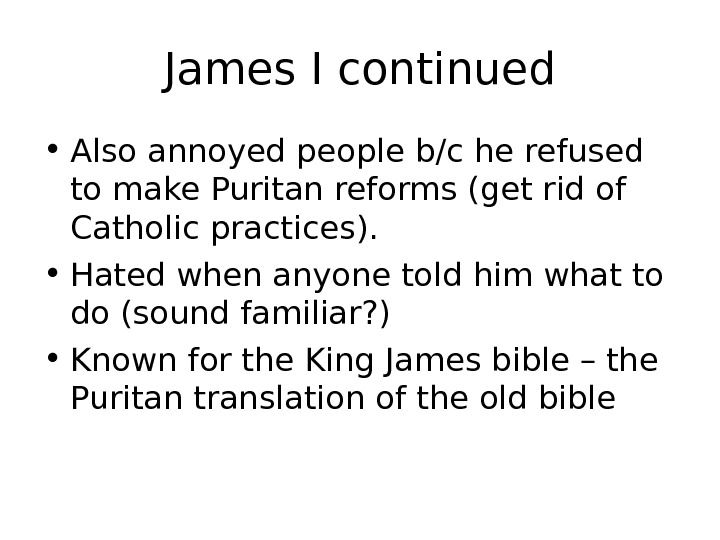 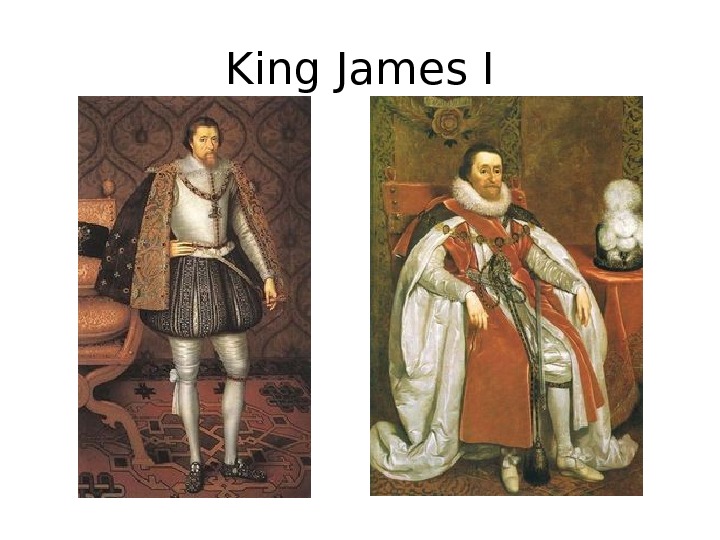 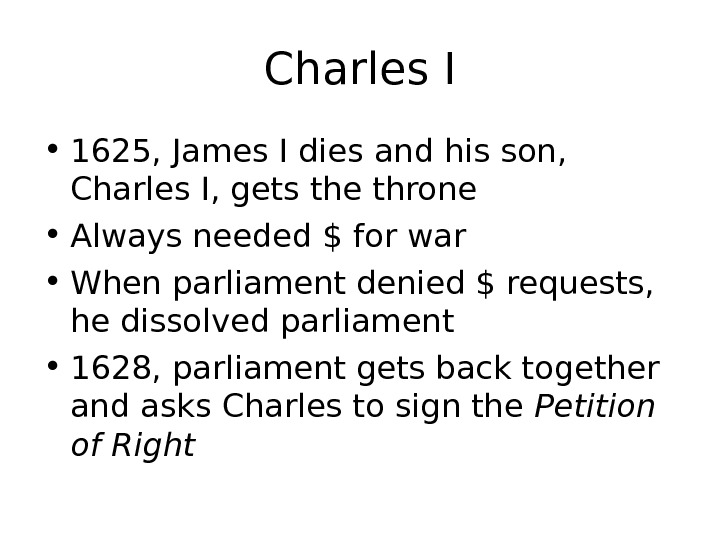 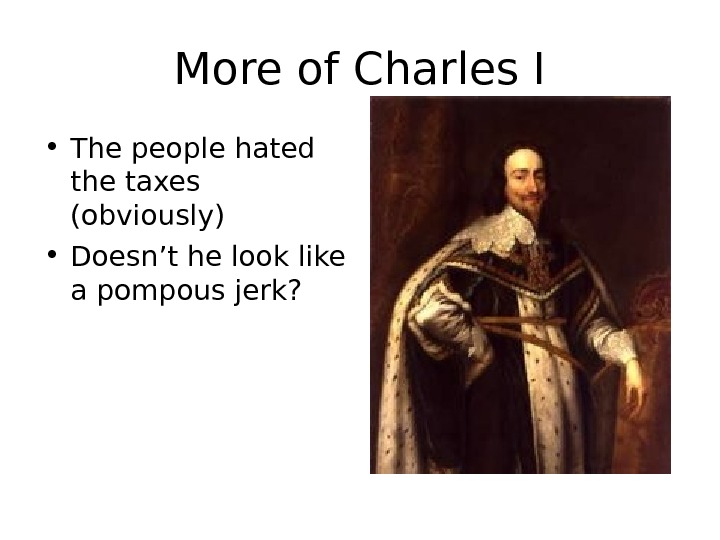 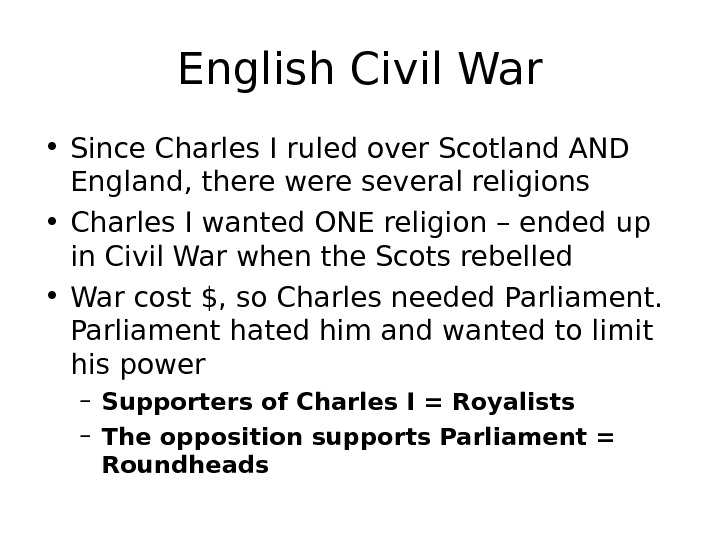 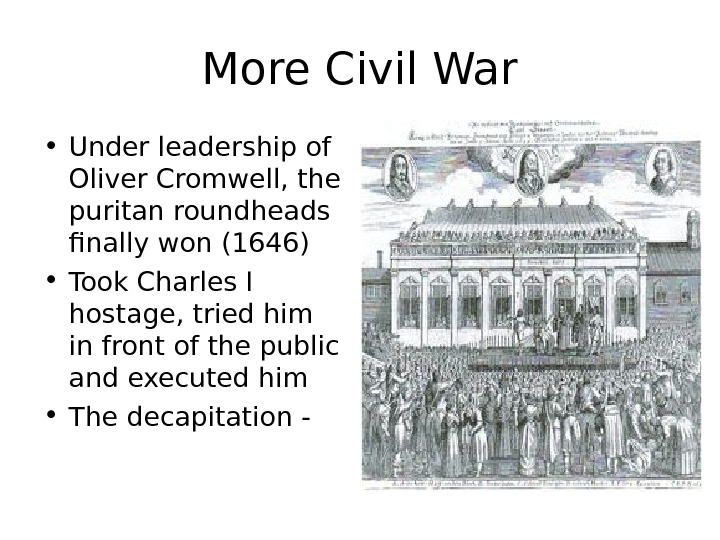 James I continued • Also annoyed people b/c he refused to make Puritan reforms (get rid of Catholic practices). • Hated when anyone told him what to do (sound familiar? ) • Known for the King James bible – the Puritan translation of the old bible

Charles I • 1625, James I dies and his son, Charles I, gets the throne • Always needed $ for war • When parliament denied $ requests, he dissolved parliament • 1628, parliament gets back together and asks Charles to sign the Petition of Right

More of Charles I • The people hated the taxes (obviously) • Doesn’t he look like a pompous jerk?

English Civil War • Since Charles I ruled over Scotland AND England, there were several religions • Charles I wanted ONE religion – ended up in Civil War when the Scots rebelled • War cost $, so Charles needed Parliament hated him and wanted to limit his power – Supporters of Charles I = Royalists – The opposition supports Parliament = Roundheads

More Civil War • Under leadership of Oliver Cromwell, the puritan roundheads finally won (1646) • Took Charles I hostage, tried him in front of the public and executed him • The decapitation —