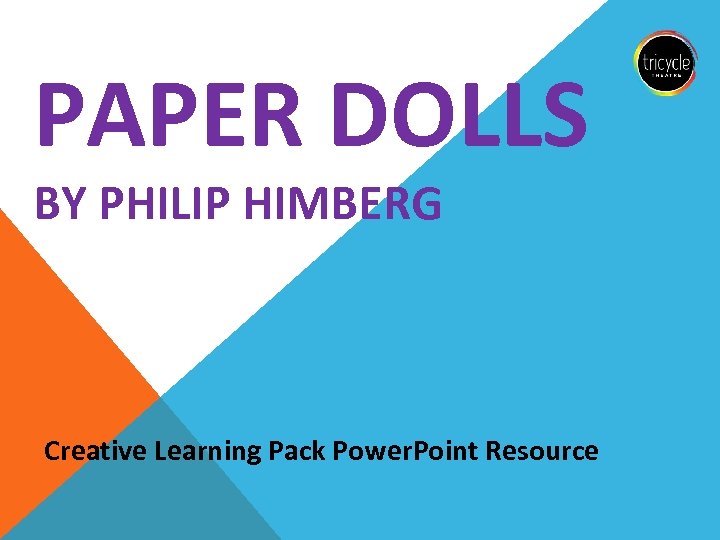 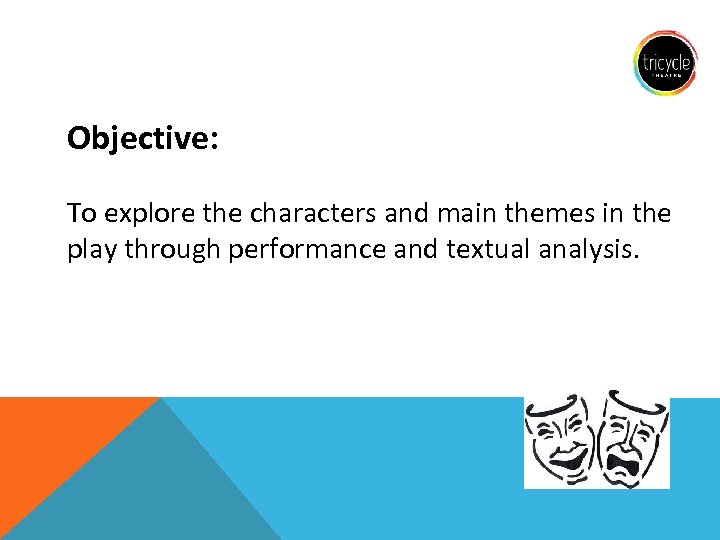 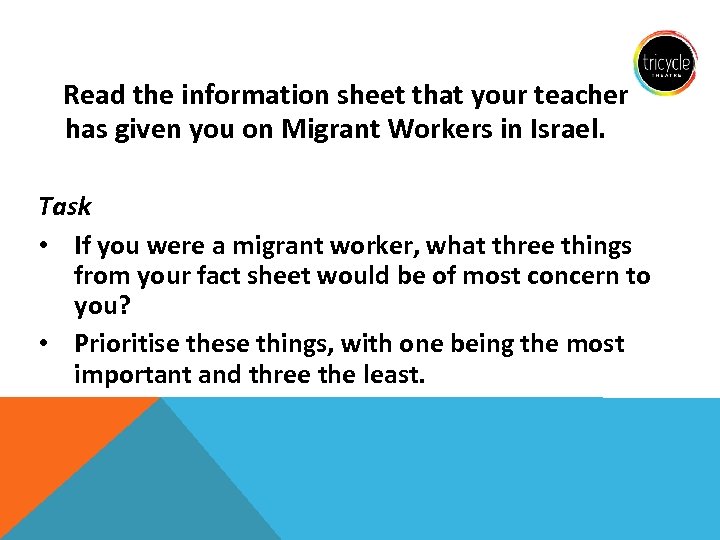 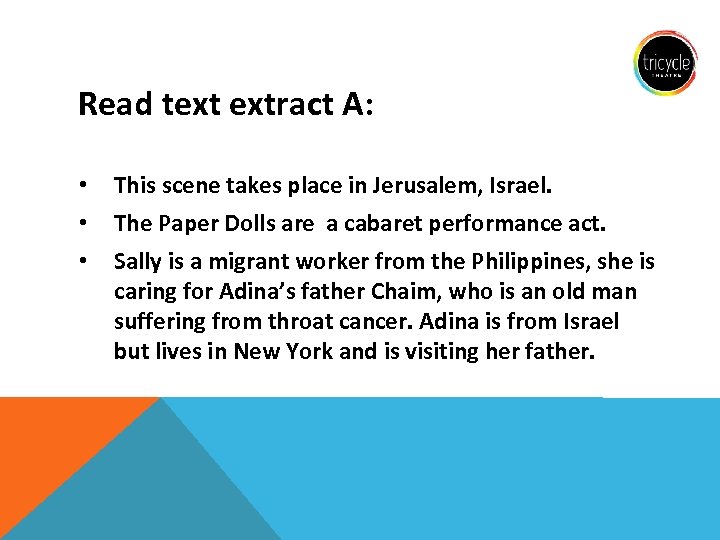 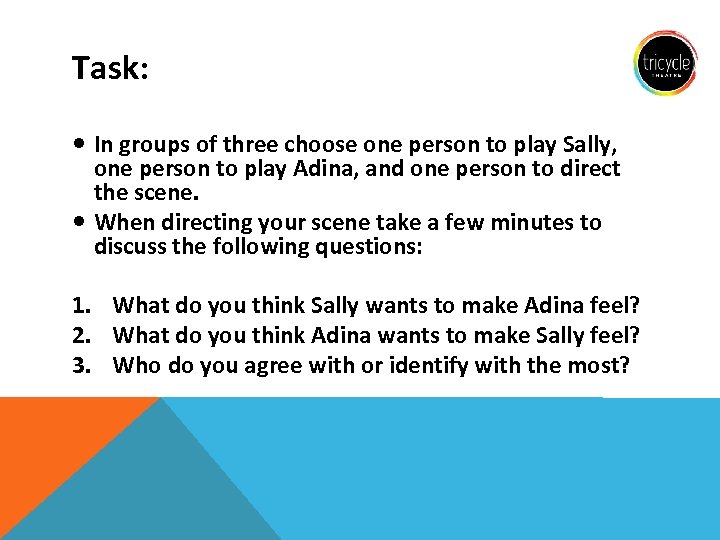 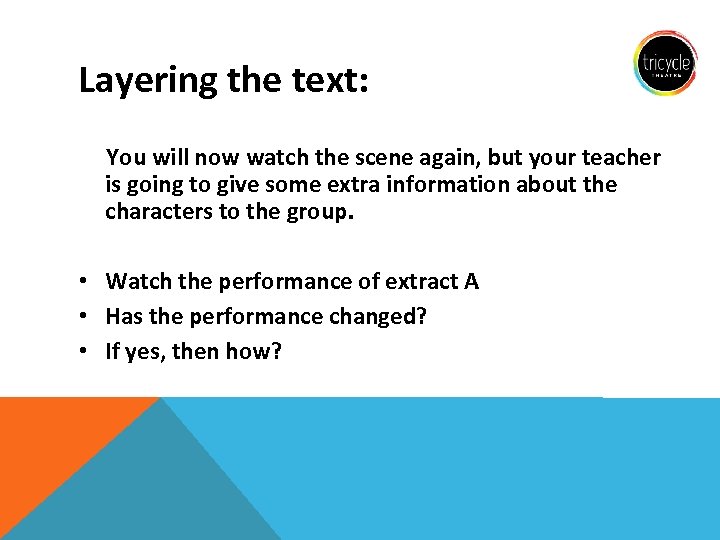 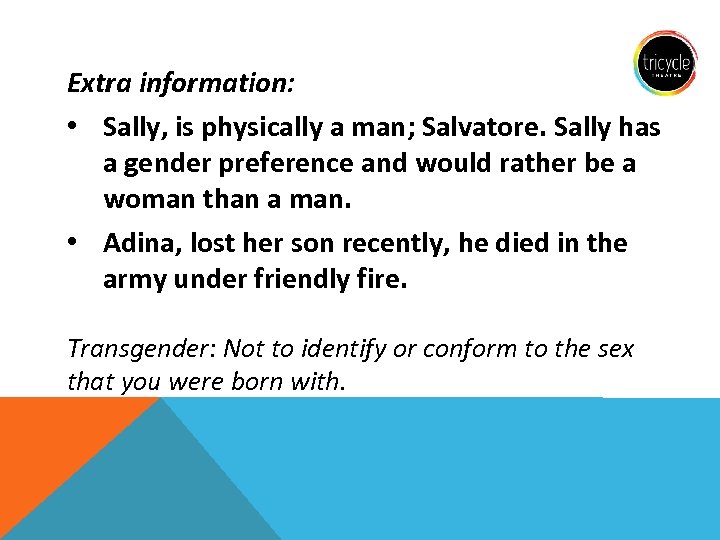 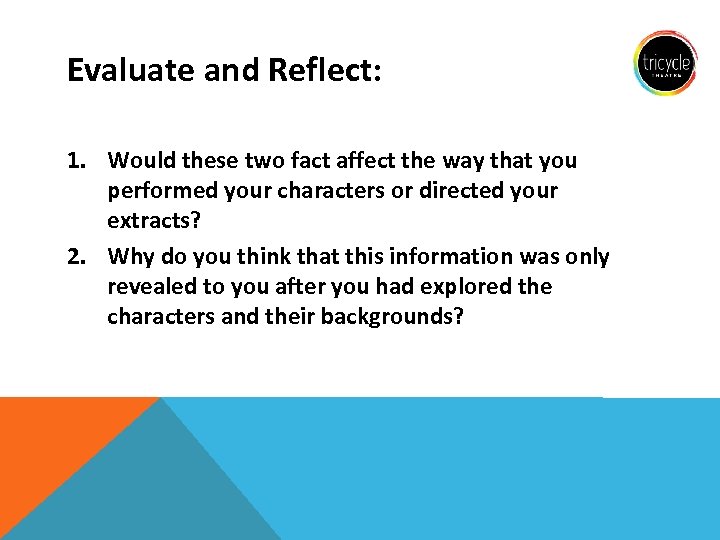 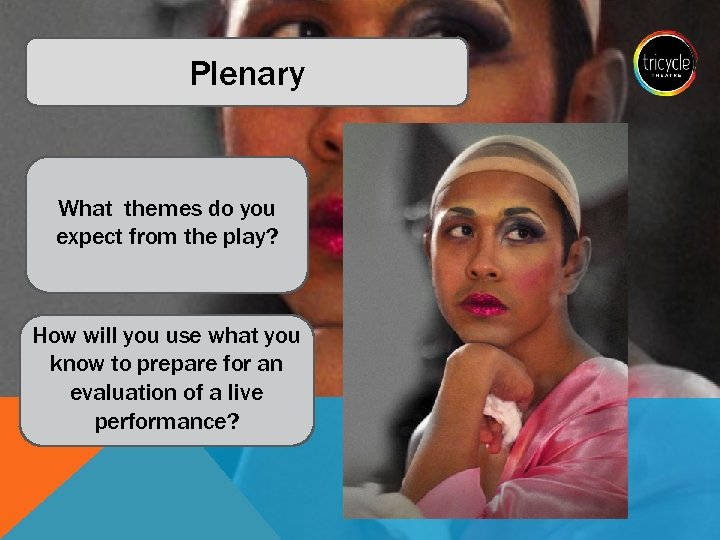 Objective: To explore the characters and main themes in the play through performance and textual analysis.

Read the information sheet that your teacher has given you on Migrant Workers in Israel. Task • If you were a migrant worker, what three things from your fact sheet would be of most concern to you? • Prioritise these things, with one being the most important and three the least.

Read text extract A: • • • This scene takes place in Jerusalem, Israel. The Paper Dolls are a cabaret performance act. Sally is a migrant worker from the Philippines, she is caring for Adina’s father Chaim, who is an old man suffering from throat cancer. Adina is from Israel but lives in New York and is visiting her father.

Layering the text: You will now watch the scene again, but your teacher is going to give some extra information about the characters to the group. • Watch the performance of extract A • Has the performance changed? • If yes, then how?

Extra information: • Sally, is physically a man; Salvatore. Sally has a gender preference and would rather be a woman than a man. • Adina, lost her son recently, he died in the army under friendly fire. Transgender: Not to identify or conform to the sex that you were born with.

Evaluate and Reflect: 1. Would these two fact affect the way that you performed your characters or directed your extracts? 2. Why do you think that this information was only revealed to you after you had explored the characters and their backgrounds?

Plenary What themes do you expect from the play? How will you use what you know to prepare for an evaluation of a live performance?