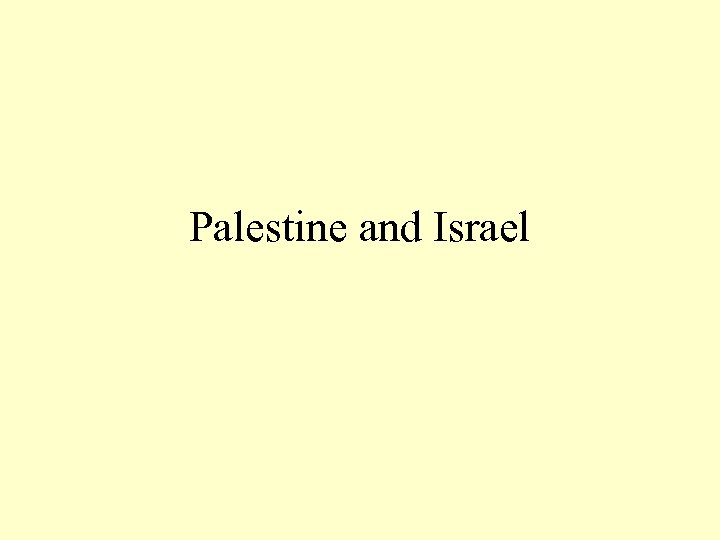 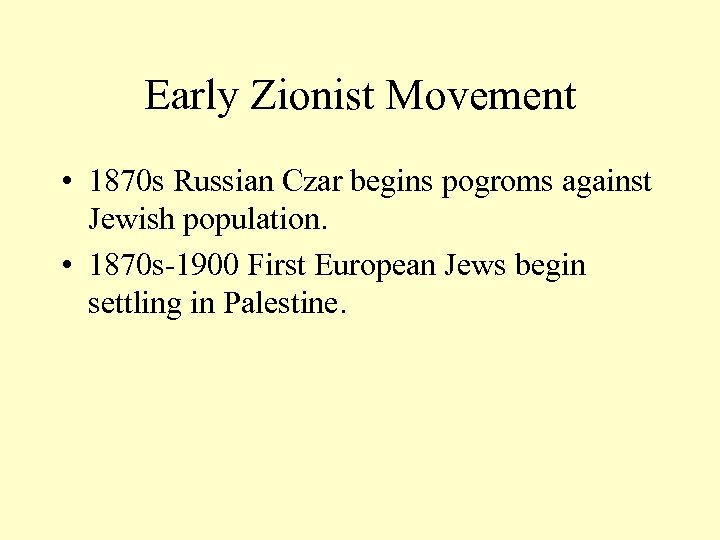 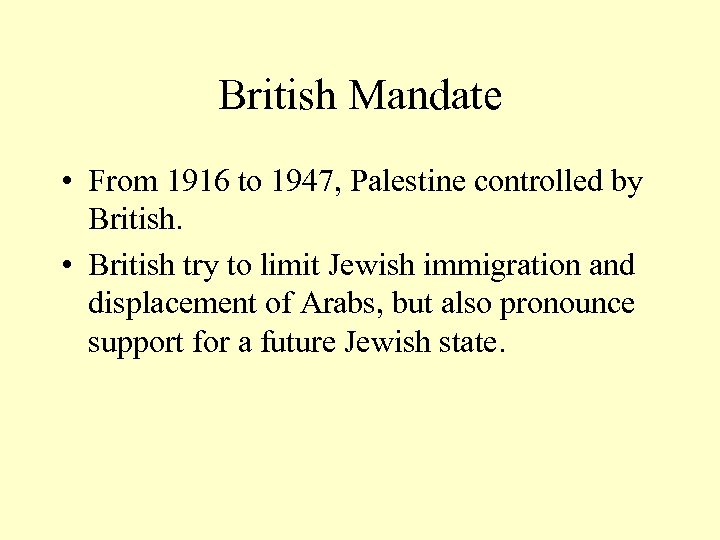 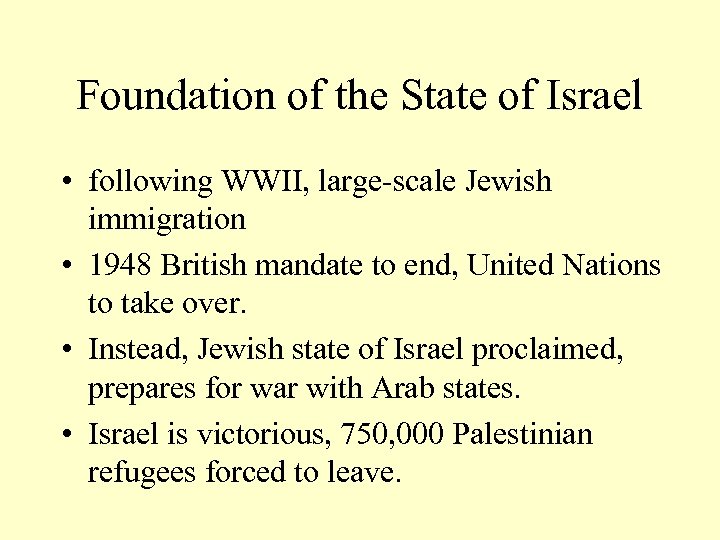 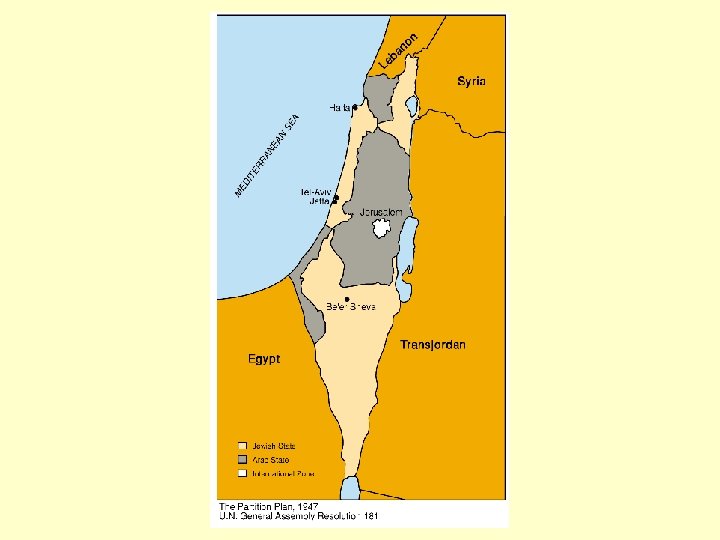 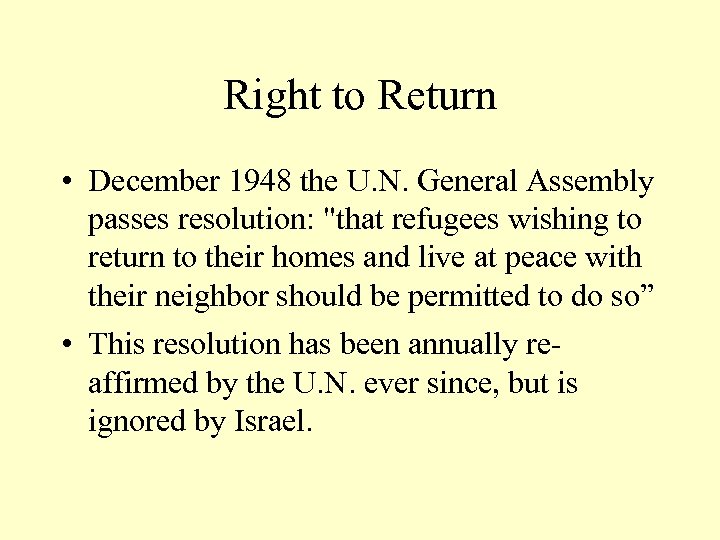 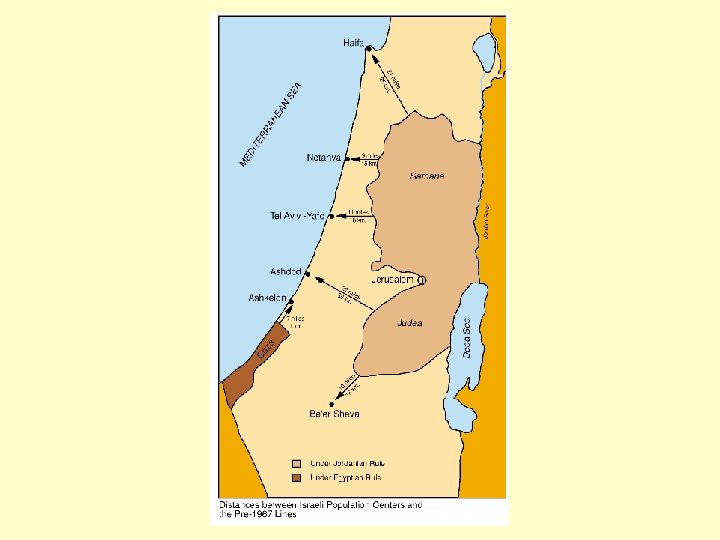 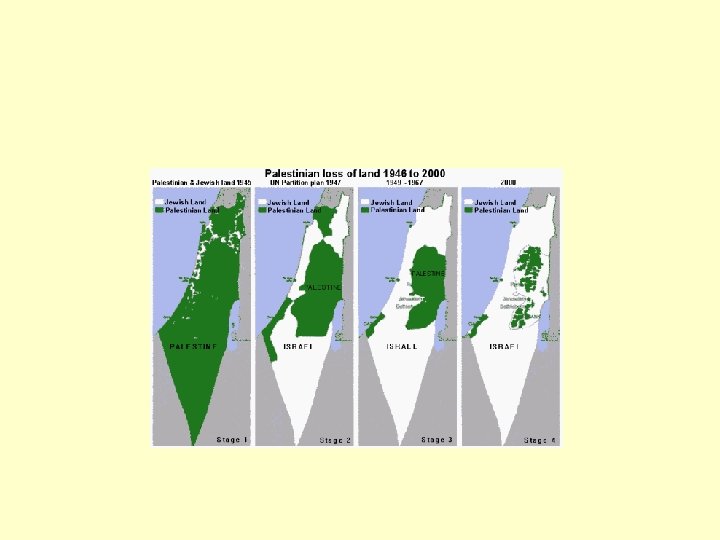 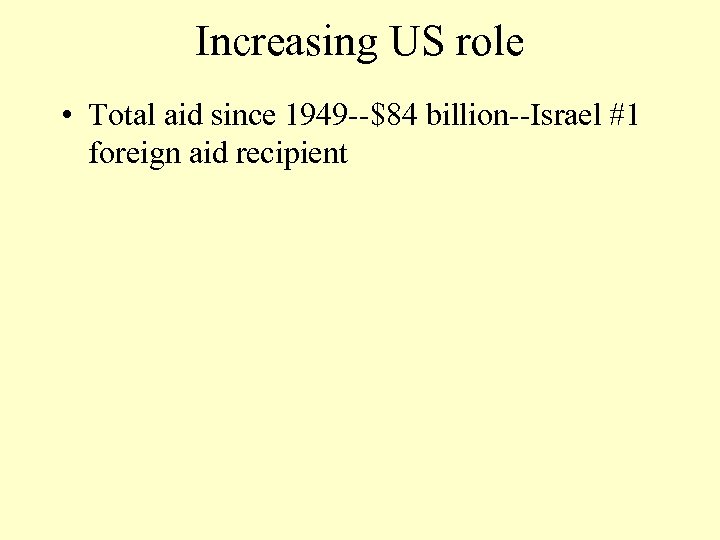 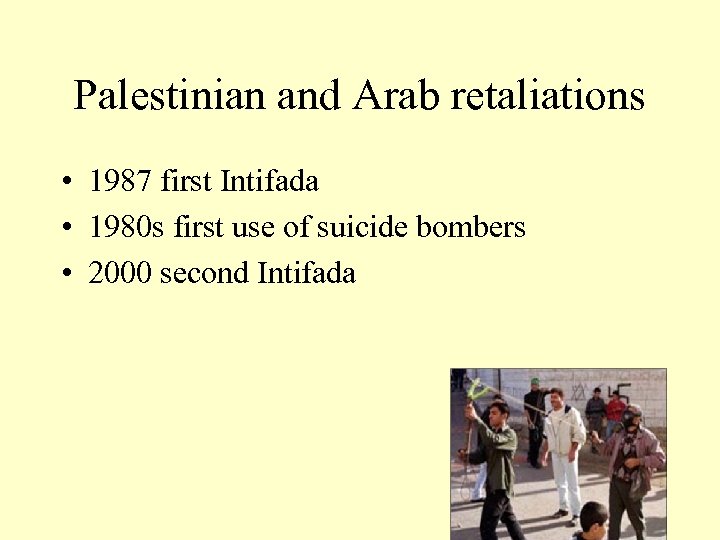 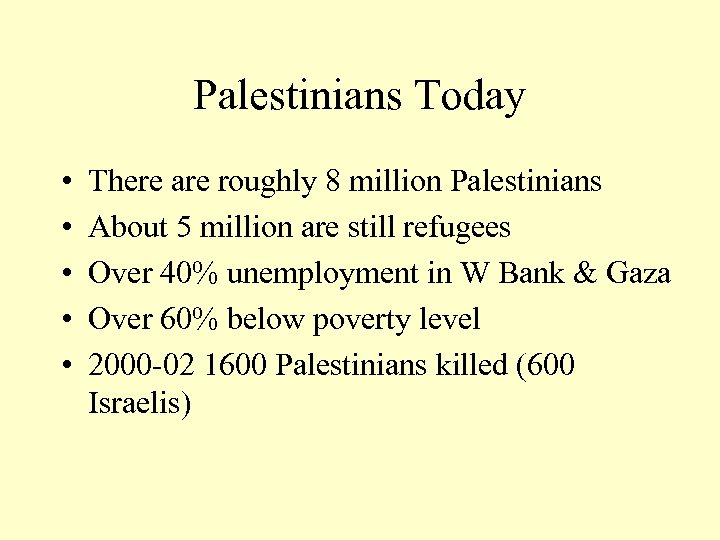 British Mandate • From 1916 to 1947, Palestine controlled by British. • British try to limit Jewish immigration and displacement of Arabs, but also pronounce support for a future Jewish state.

Foundation of the State of Israel • following WWII, large-scale Jewish immigration • 1948 British mandate to end, United Nations to take over. • Instead, Jewish state of Israel proclaimed, prepares for war with Arab states. • Israel is victorious, 750, 000 Palestinian refugees forced to leave.

Right to Return • December 1948 the U. N. General Assembly passes resolution: "that refugees wishing to return to their homes and live at peace with their neighbor should be permitted to do so” • This resolution has been annually reaffirmed by the U. N. ever since, but is ignored by Israel.