Oxbridge Oxford and Cambridge Made by Zakharova Jane 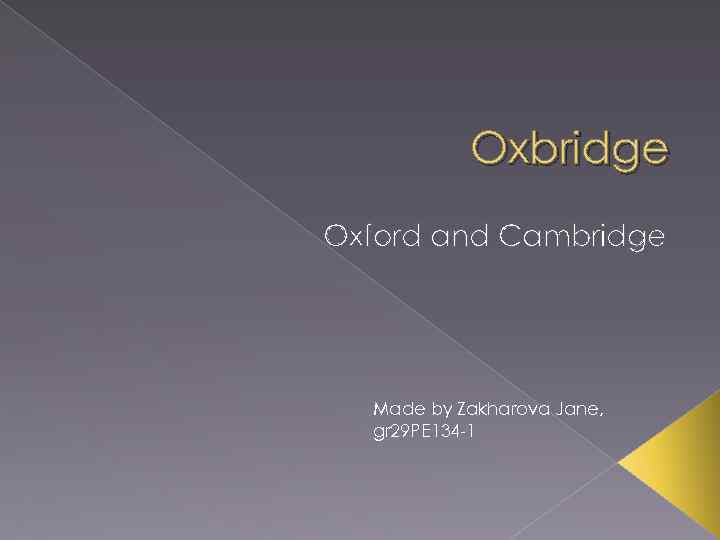 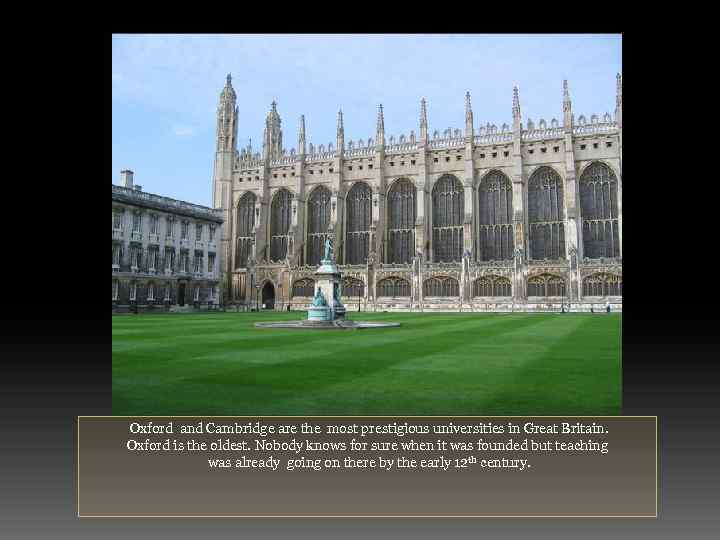 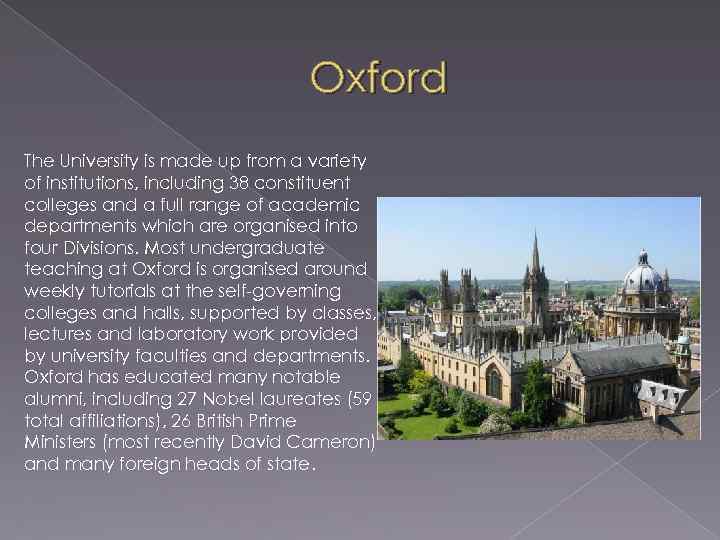 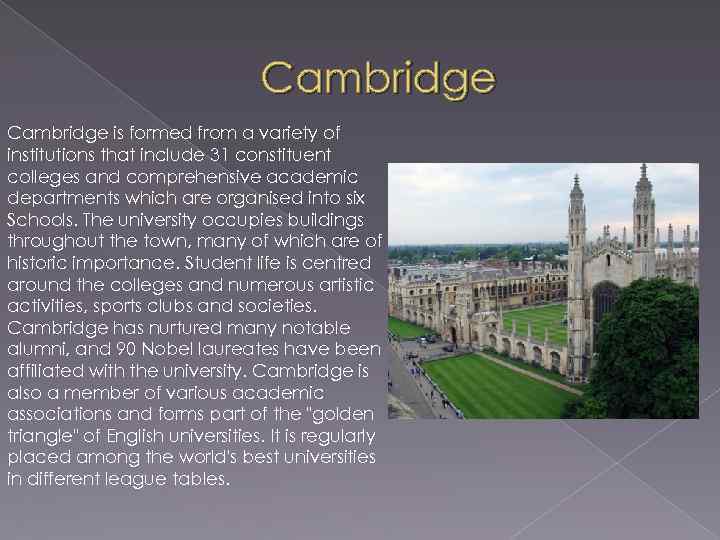 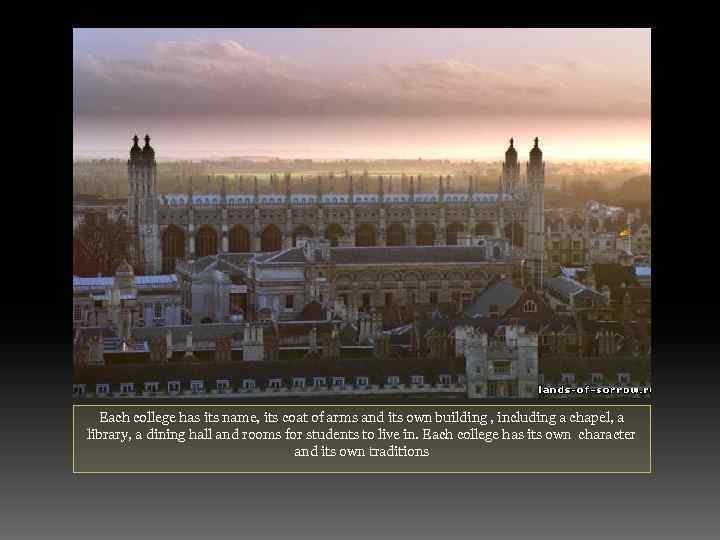 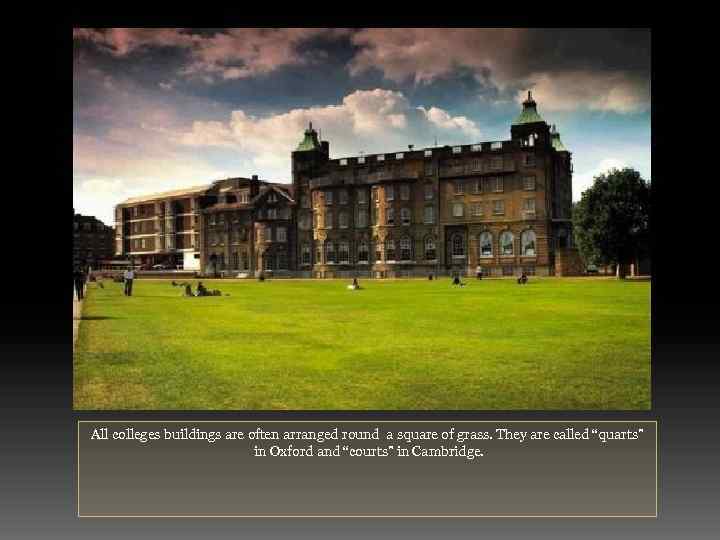 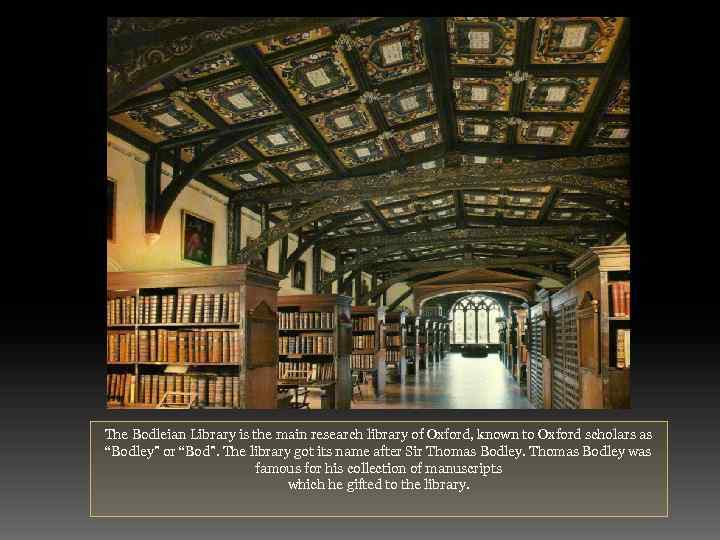 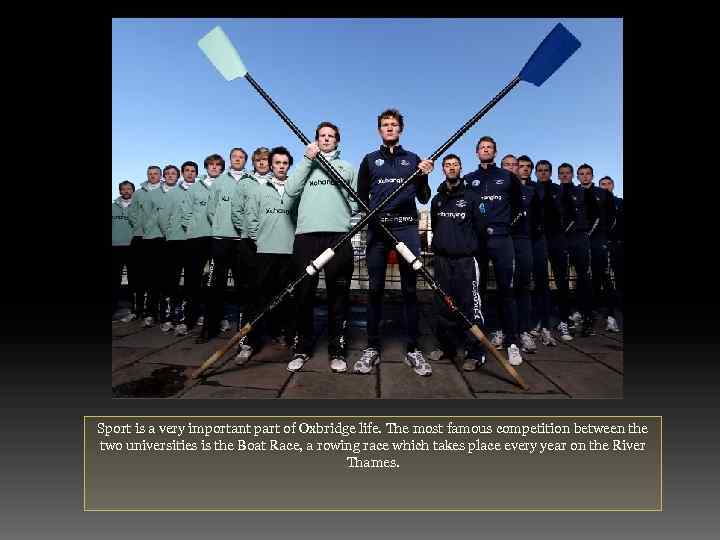 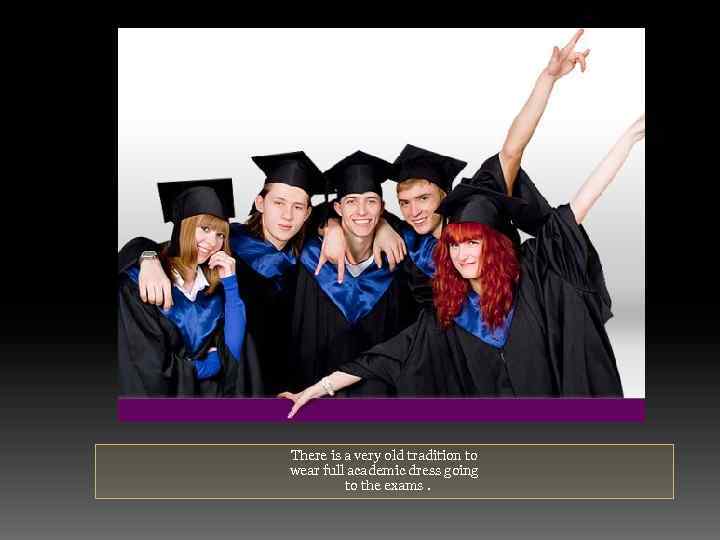 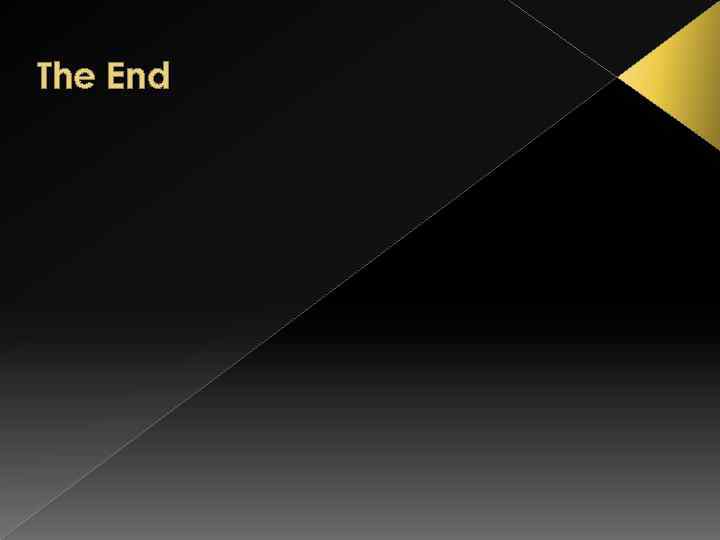 Скачать презентацию Oxbridge Oxford and Cambridge Made by Zakharova Jane

Oxbridge Oxford and Cambridge Made by Zakharova Jane, gr 29 PE 134 -1

Oxford and Cambridge are the most prestigious universities in Great Britain. Oxford is the oldest. Nobody knows for sure when it was founded but teaching was already going on there by the early 12 th century.

Oxford The University is made up from a variety of institutions, including 38 constituent colleges and a full range of academic departments which are organised into four Divisions. Most undergraduate teaching at Oxford is organised around weekly tutorials at the self-governing colleges and halls, supported by classes, lectures and laboratory work provided by university faculties and departments. Oxford has educated many notable alumni, including 27 Nobel laureates (59 total affiliations), 26 British Prime Ministers (most recently David Cameron) and many foreign heads of state.

Cambridge is formed from a variety of institutions that include 31 constituent colleges and comprehensive academic departments which are organised into six Schools. The university occupies buildings throughout the town, many of which are of historic importance. Student life is centred around the colleges and numerous artistic activities, sports clubs and societies. Cambridge has nurtured many notable alumni, and 90 Nobel laureates have been affiliated with the university. Cambridge is also a member of various academic associations and forms part of the "golden triangle" of English universities. It is regularly placed among the world's best universities in different league tables.

All colleges buildings are often arranged round a square of grass. They are called “quarts” in Oxford and “courts” in Cambridge.

The Bodleian Library is the main research library of Oxford, known to Oxford scholars as “Bodley” or “Bod”. The library got its name after Sir Thomas Bodley was famous for his collection of manuscripts which he gifted to the library.

Sport is a very important part of Oxbridge life. The most famous competition between the two universities is the Boat Race, a rowing race which takes place every year on the River Thames.

There is a very old tradition to wear full academic dress going to the exams.