Overview of IS Controls Auditing and Security Fall 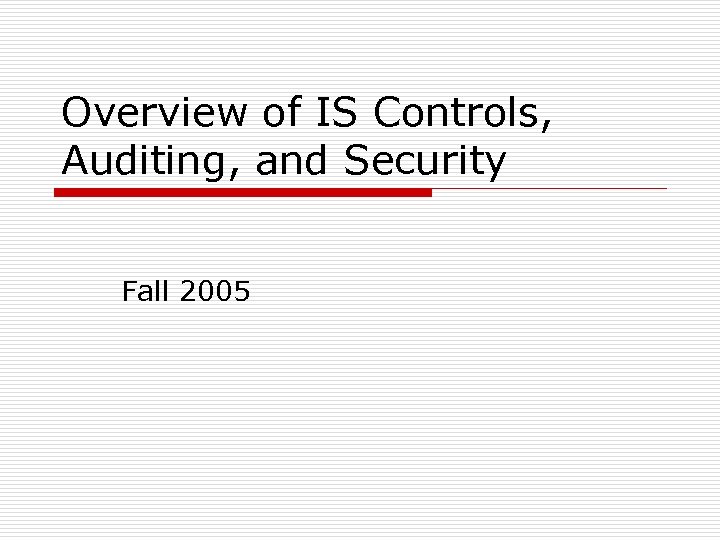 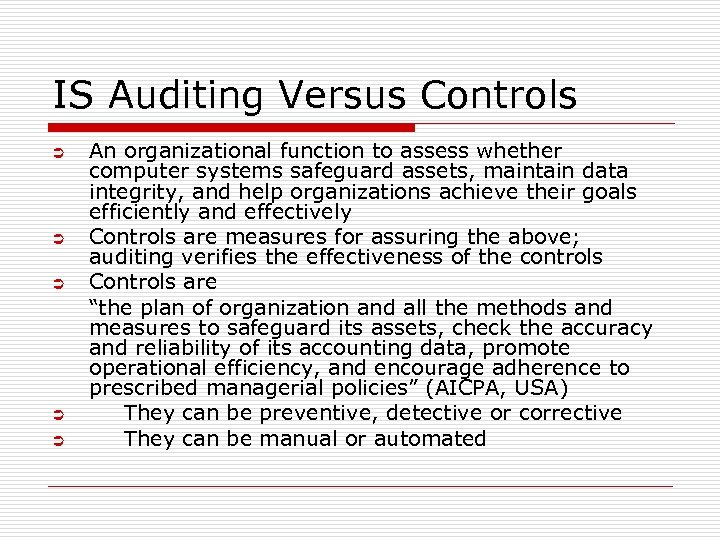 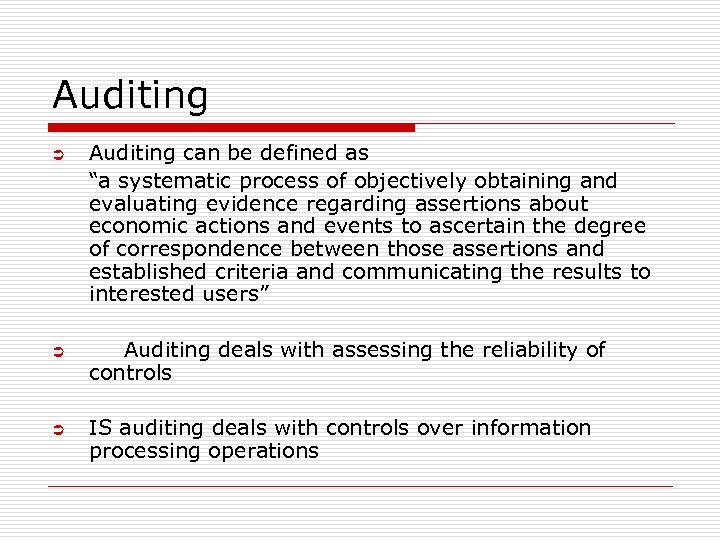 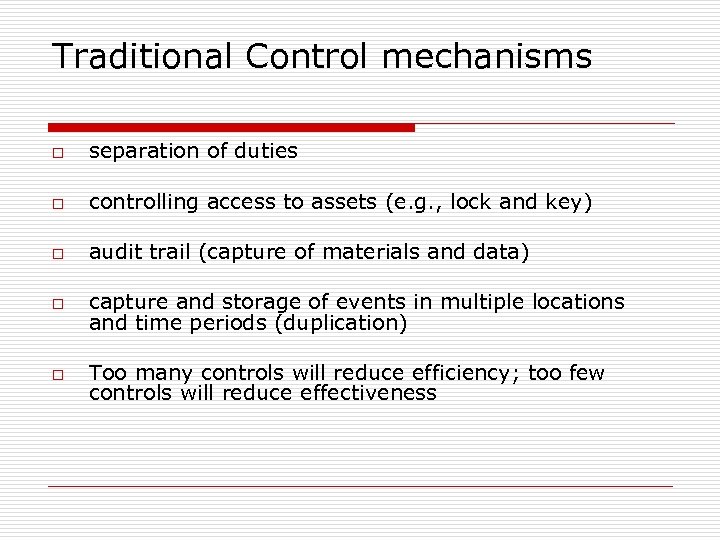 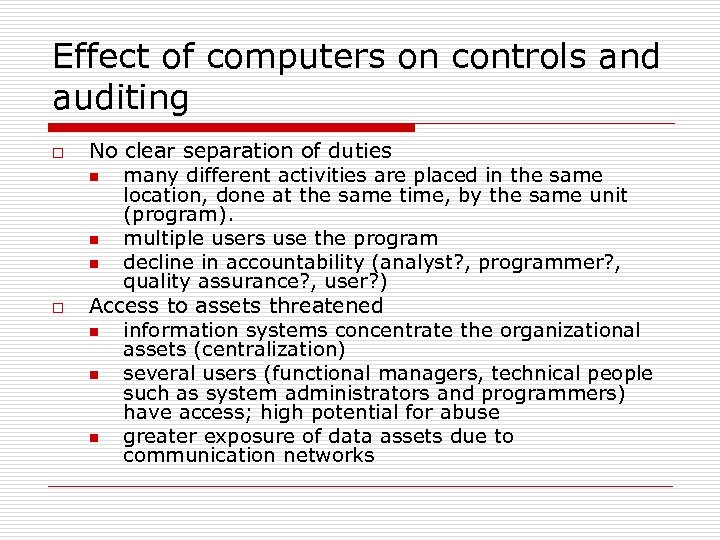 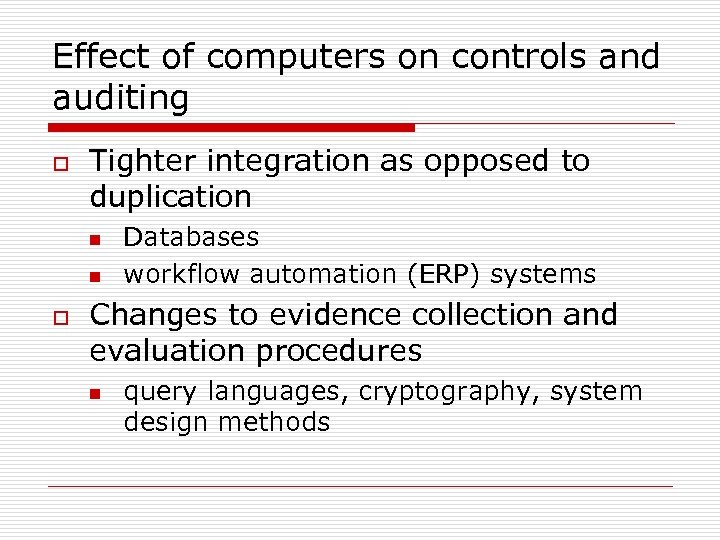 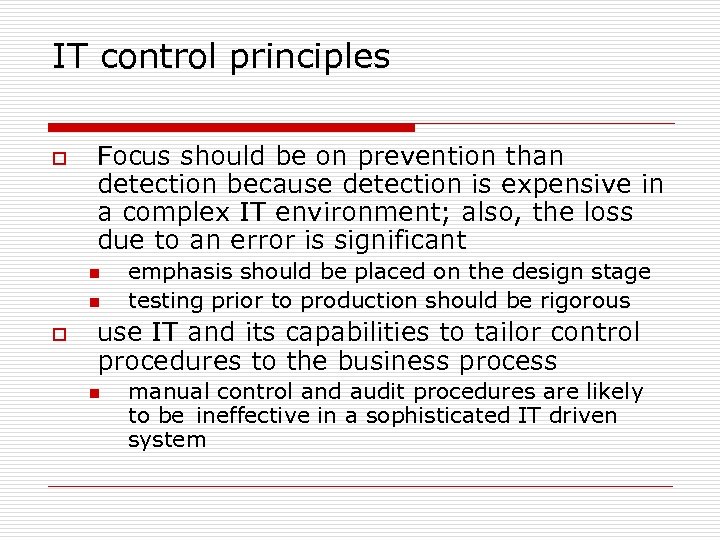 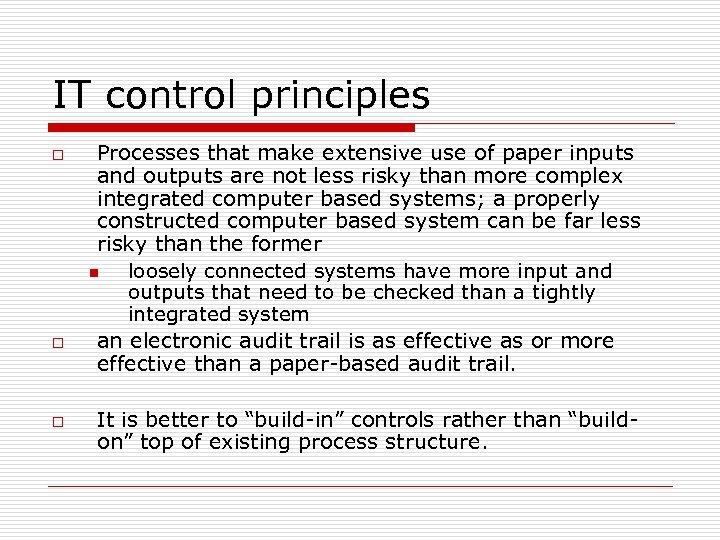 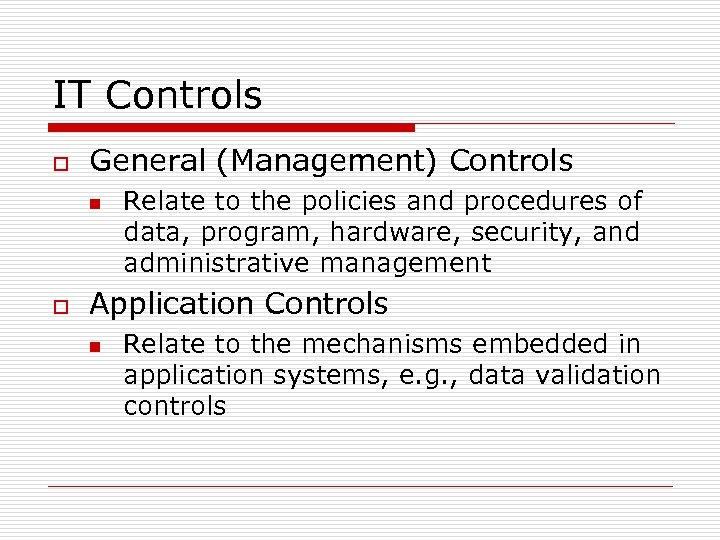 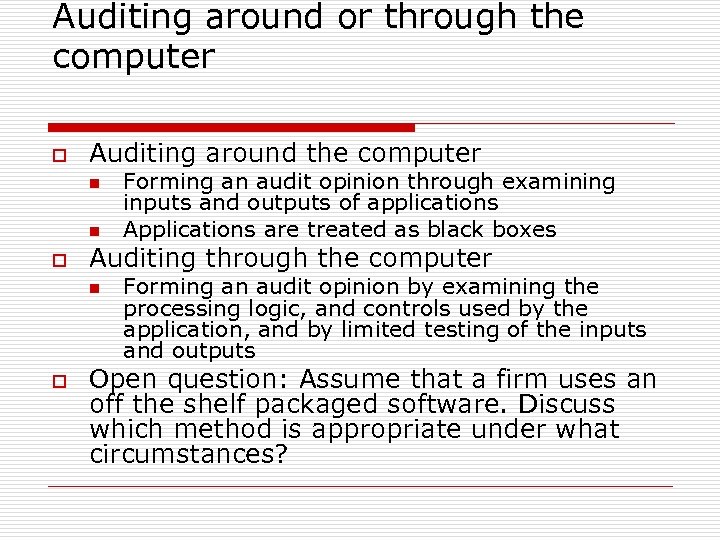 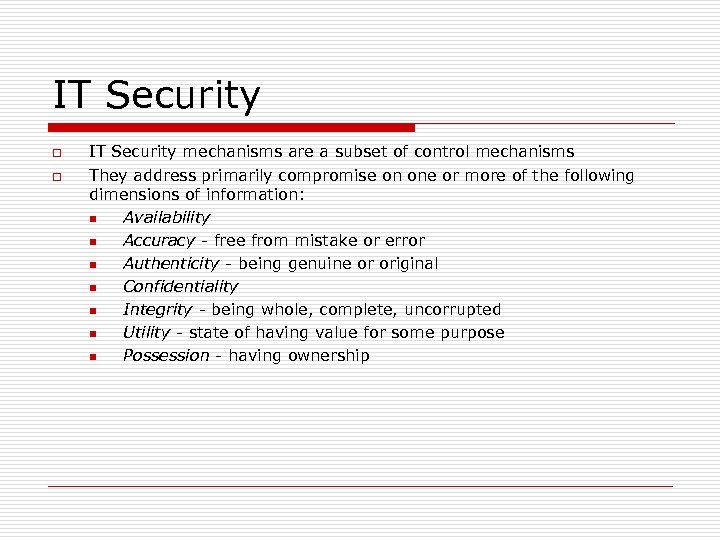 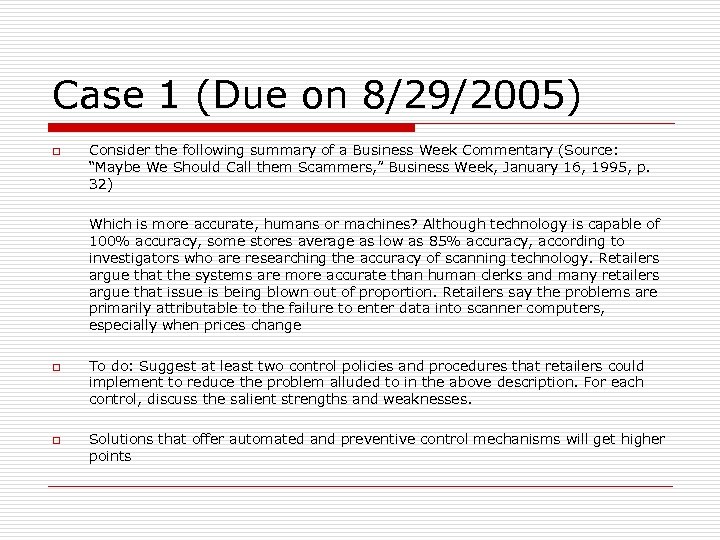 Скачать презентацию Overview of IS Controls Auditing and Security Fall

Overview of IS Controls, Auditing, and Security Fall 2005

IS Auditing Versus Controls Ü Ü Ü An organizational function to assess whether computer systems safeguard assets, maintain data integrity, and help organizations achieve their goals efficiently and effectively Controls are measures for assuring the above; auditing verifies the effectiveness of the controls Controls are “the plan of organization and all the methods and measures to safeguard its assets, check the accuracy and reliability of its accounting data, promote operational efficiency, and encourage adherence to prescribed managerial policies” (AICPA, USA) They can be preventive, detective or corrective They can be manual or automated

IT control principles o Focus should be on prevention than detection because detection is expensive in a complex IT environment; also, the loss due to an error is significant n n o emphasis should be placed on the design stage testing prior to production should be rigorous use IT and its capabilities to tailor control procedures to the business process n manual control and audit procedures are likely to be ineffective in a sophisticated IT driven system

IT control principles o o o Processes that make extensive use of paper inputs and outputs are not less risky than more complex integrated computer based systems; a properly constructed computer based system can be far less risky than the former n loosely connected systems have more input and outputs that need to be checked than a tightly integrated system an electronic audit trail is as effective as or more effective than a paper-based audit trail. It is better to “build-in” controls rather than “buildon” top of existing process structure.

Auditing around or through the computer o Auditing around the computer n n o Auditing through the computer n o Forming an audit opinion through examining inputs and outputs of applications Applications are treated as black boxes Forming an audit opinion by examining the processing logic, and controls used by the application, and by limited testing of the inputs and outputs Open question: Assume that a firm uses an off the shelf packaged software. Discuss which method is appropriate under what circumstances?

IT Security o o IT Security mechanisms are a subset of control mechanisms They address primarily compromise on one or more of the following dimensions of information: n Availability n Accuracy - free from mistake or error n Authenticity - being genuine or original n Confidentiality n Integrity - being whole, complete, uncorrupted n Utility - state of having value for some purpose n Possession - having ownership

Case 1 (Due on 8/29/2005) o Consider the following summary of a Business Week Commentary (Source: “Maybe We Should Call them Scammers, ” Business Week, January 16, 1995, p. 32) Which is more accurate, humans or machines? Although technology is capable of 100% accuracy, some stores average as low as 85% accuracy, according to investigators who are researching the accuracy of scanning technology. Retailers argue that the systems are more accurate than human clerks and many retailers argue that issue is being blown out of proportion. Retailers say the problems are primarily attributable to the failure to enter data into scanner computers, especially when prices change o o To do: Suggest at least two control policies and procedures that retailers could implement to reduce the problem alluded to in the above description. For each control, discuss the salient strengths and weaknesses. Solutions that offer automated and preventive control mechanisms will get higher points