Overproduction in rural economy The 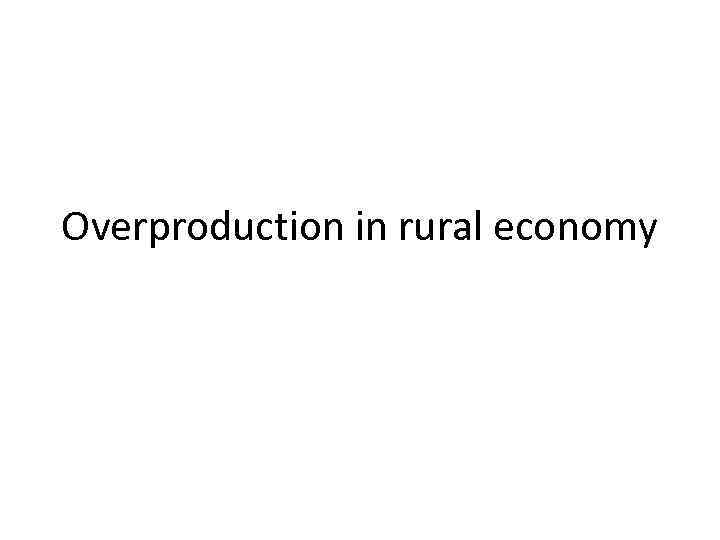 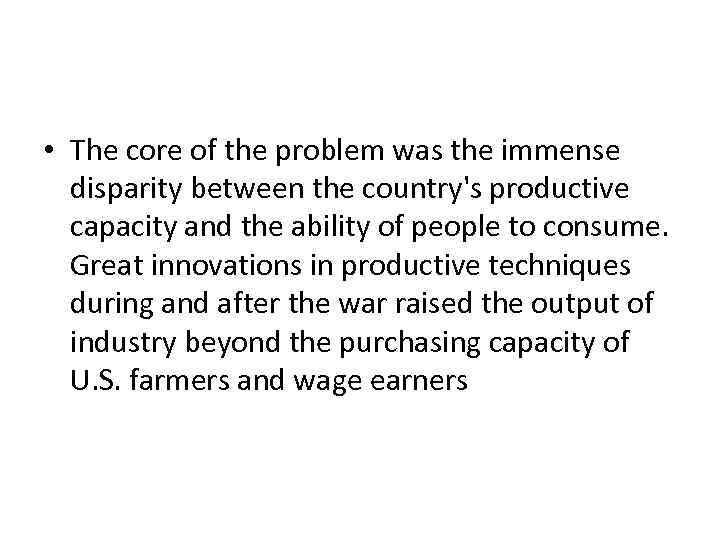 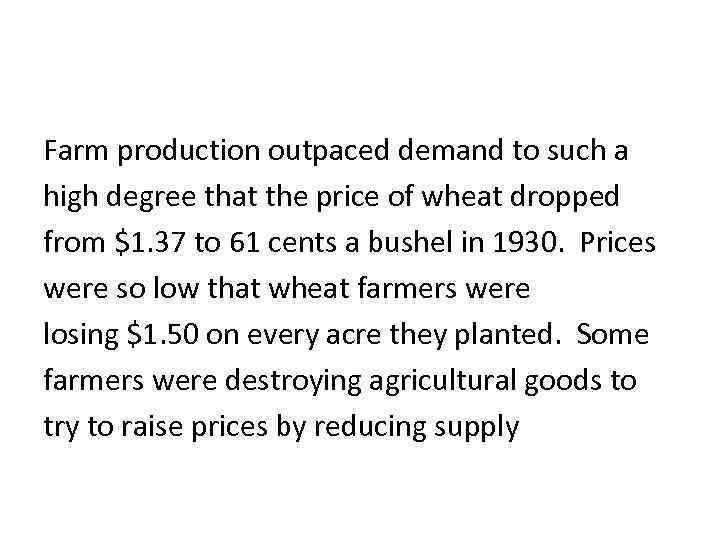 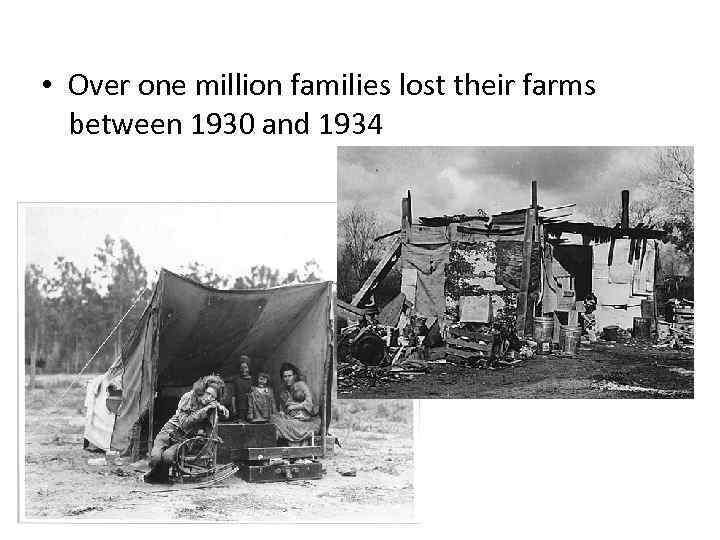 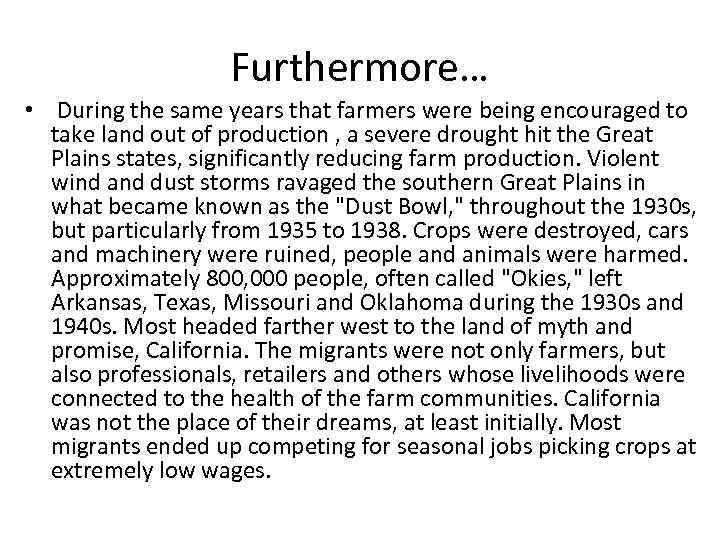 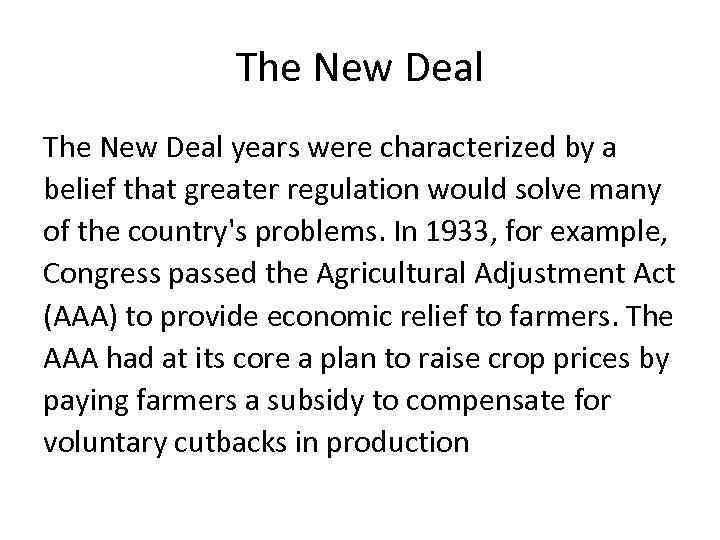 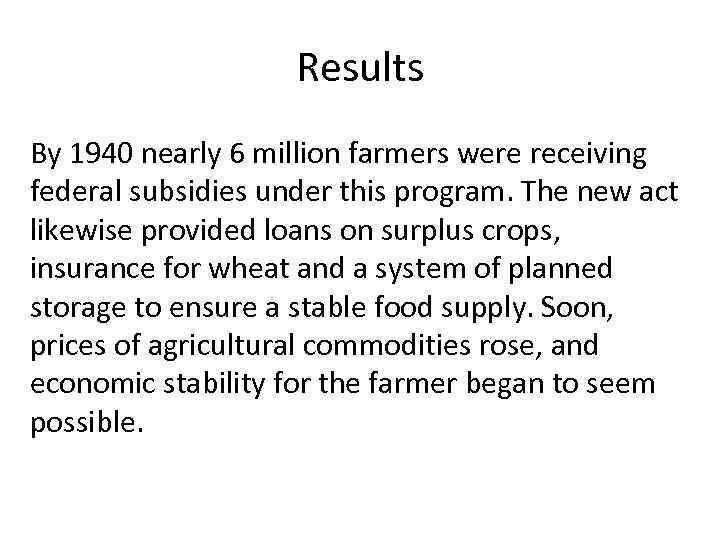 • The core of the problem was the immense disparity between the country's productive capacity and the ability of people to consume. Great innovations in productive techniques during and after the war raised the output of industry beyond the purchasing capacity of U. S. farmers and wage earners

Farm production outpaced demand to such a high degree that the price of wheat dropped from $1. 37 to 61 cents a bushel in 1930. Prices were so low that wheat farmers were losing $1. 50 on every acre they planted. Some farmers were destroying agricultural goods to try to raise prices by reducing supply

Furthermore… • During the same years that farmers were being encouraged to take land out of production , a severe drought hit the Great Plains states, significantly reducing farm production. Violent wind and dust storms ravaged the southern Great Plains in what became known as the "Dust Bowl, " throughout the 1930 s, but particularly from 1935 to 1938. Crops were destroyed, cars and machinery were ruined, people and animals were harmed. Approximately 800, 000 people, often called "Okies, " left Arkansas, Texas, Missouri and Oklahoma during the 1930 s and 1940 s. Most headed farther west to the land of myth and promise, California. The migrants were not only farmers, but also professionals, retailers and others whose livelihoods were connected to the health of the farm communities. California was not the place of their dreams, at least initially. Most migrants ended up competing for seasonal jobs picking crops at extremely low wages.

The New Deal years were characterized by a belief that greater regulation would solve many of the country's problems. In 1933, for example, Congress passed the Agricultural Adjustment Act (AAA) to provide economic relief to farmers. The AAA had at its core a plan to raise crop prices by paying farmers a subsidy to compensate for voluntary cutbacks in production

Results By 1940 nearly 6 million farmers were receiving federal subsidies under this program. The new act likewise provided loans on surplus crops, insurance for wheat and a system of planned storage to ensure a stable food supply. Soon, prices of agricultural commodities rose, and economic stability for the farmer began to seem possible.