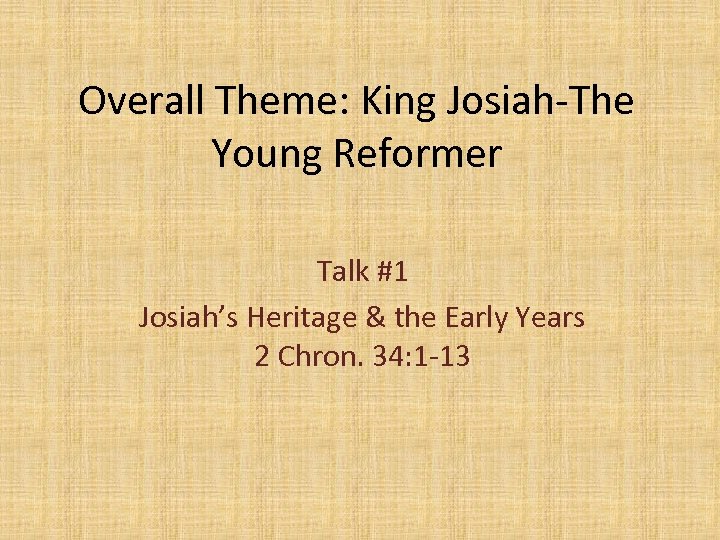 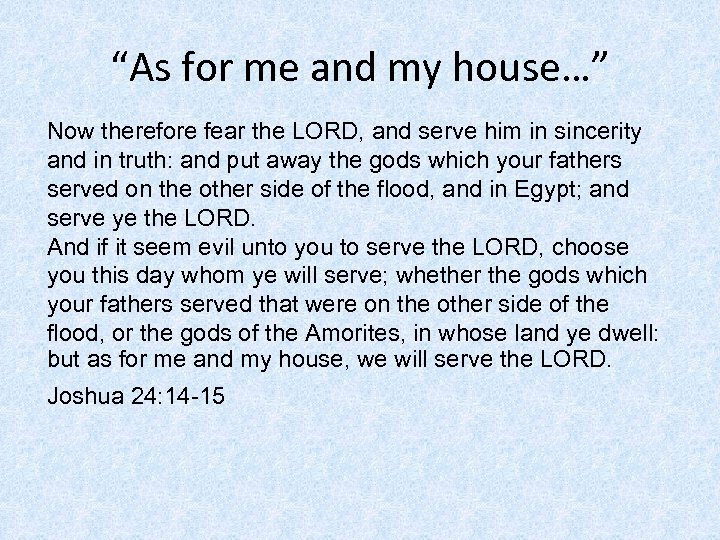 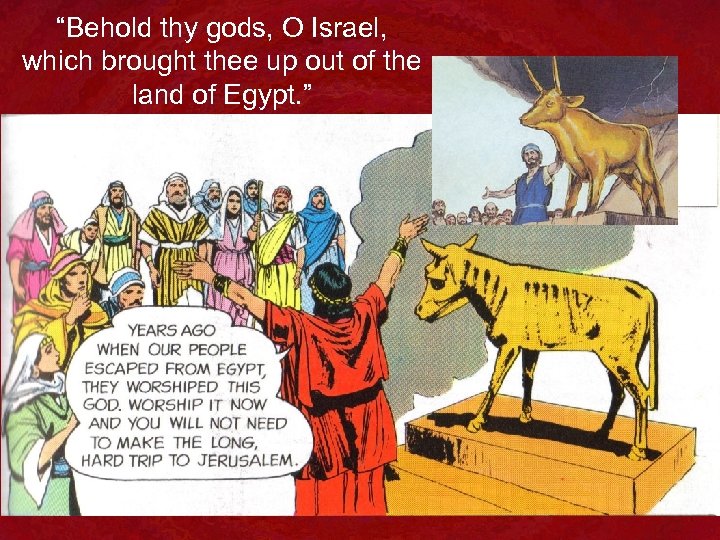 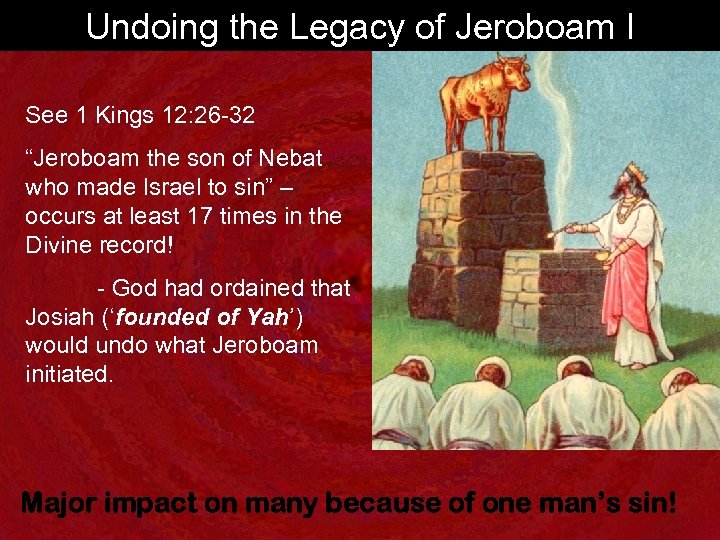 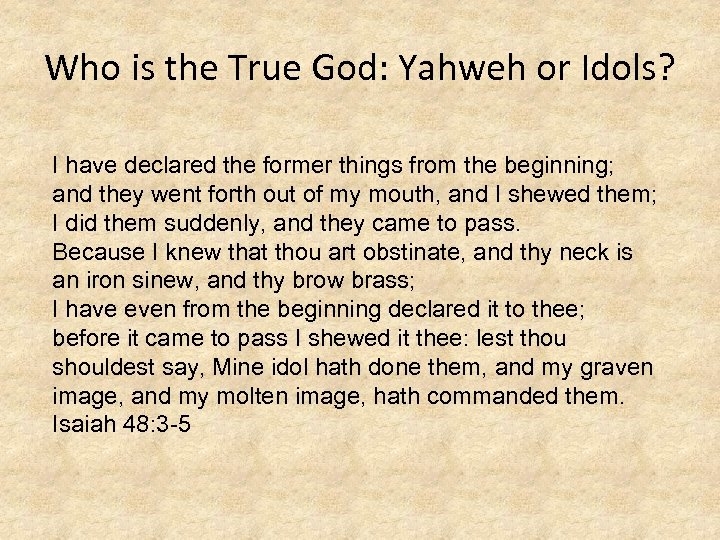 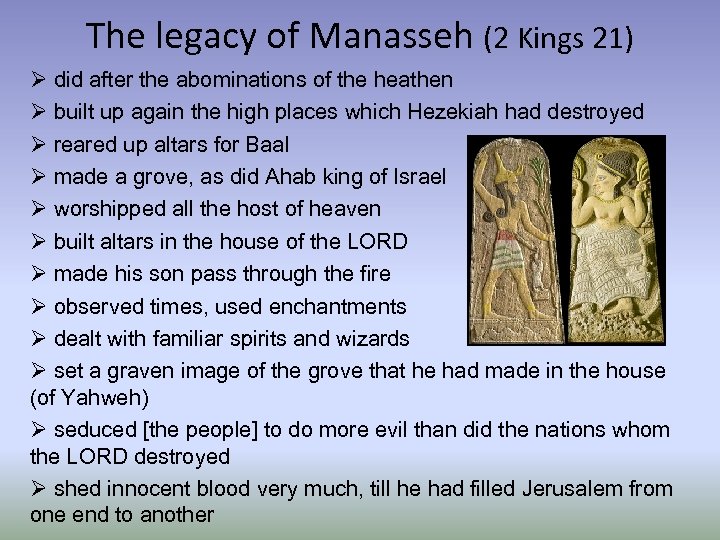 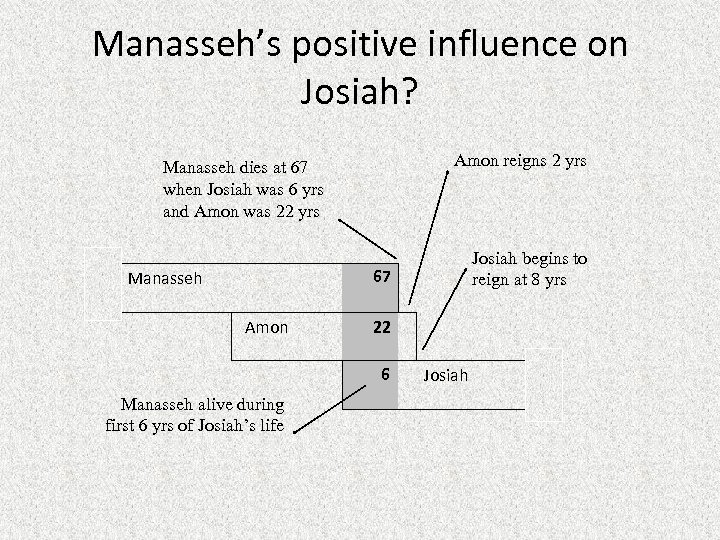 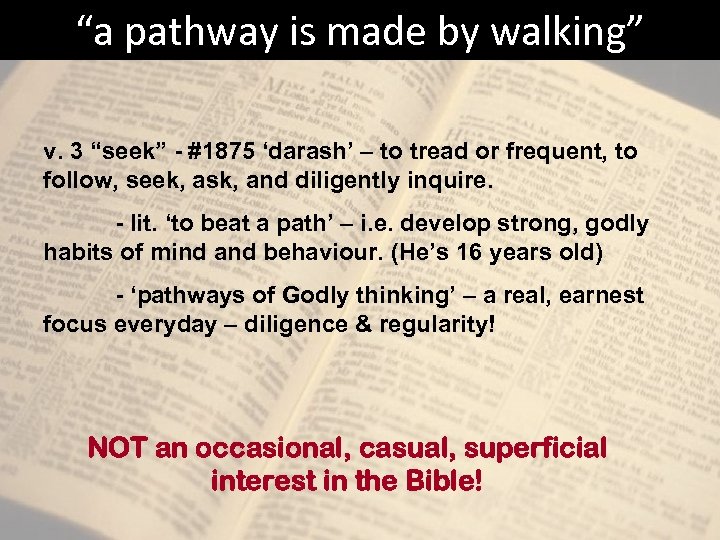 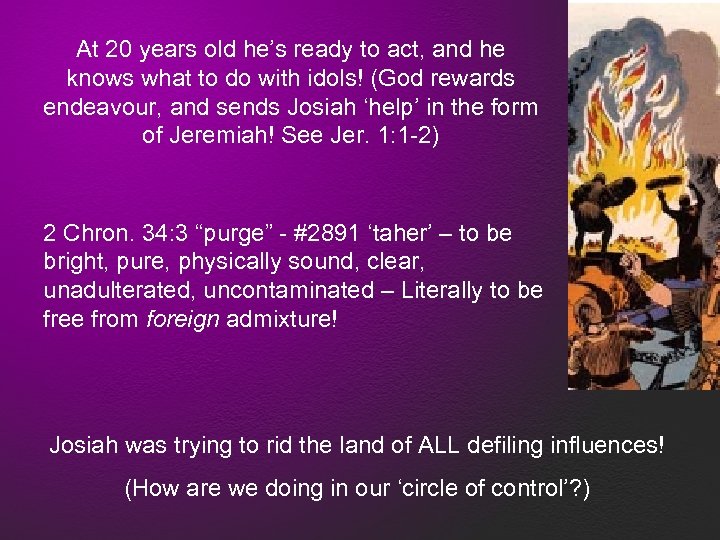 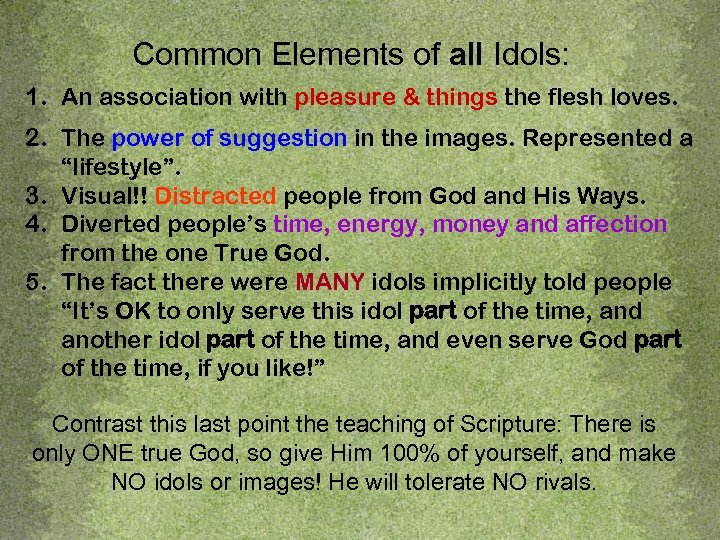 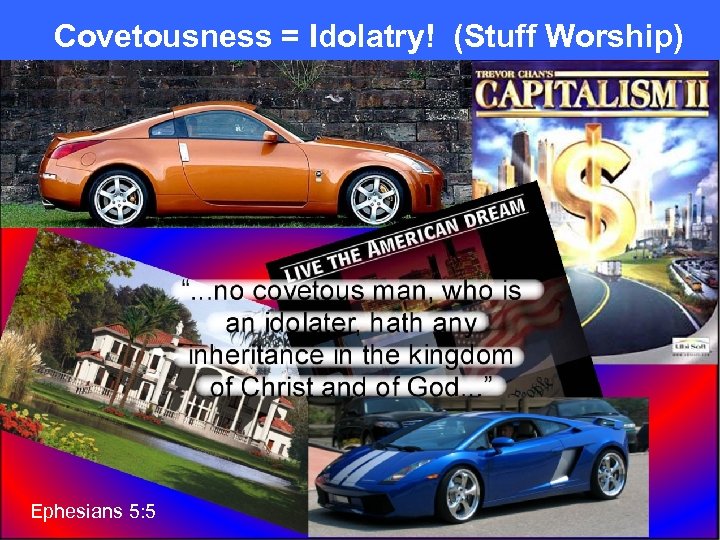 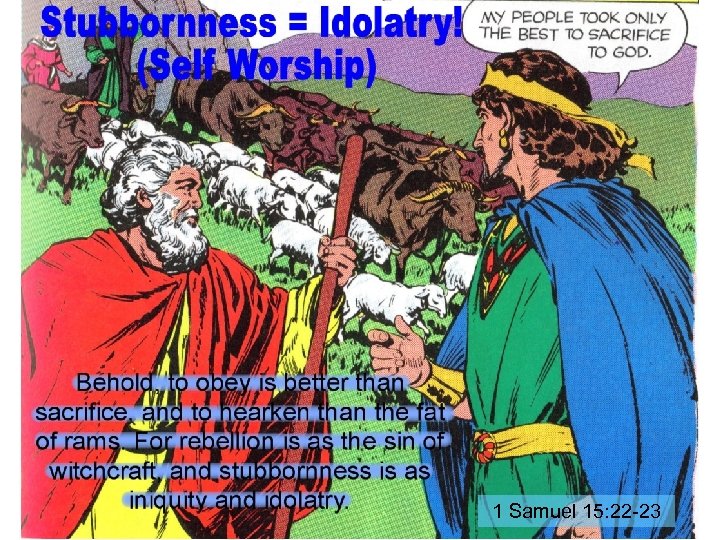 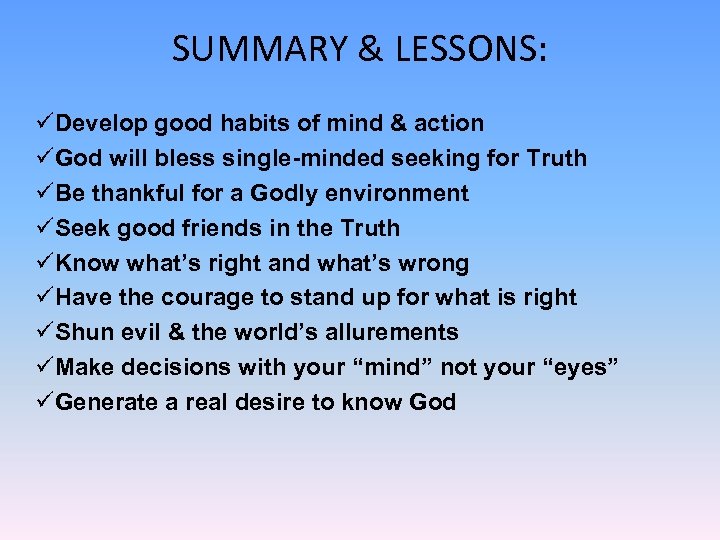 “Behold thy gods, O Israel, which brought thee up out of the land of Egypt. ”

Undoing the Legacy of Jeroboam I See 1 Kings 12: 26 -32 “Jeroboam the son of Nebat who made Israel to sin” – occurs at least 17 times in the Divine record! - God had ordained that Josiah (‘founded of Yah’) would undo what Jeroboam initiated. Major impact on many because of one man’s sin!

Who is the True God: Yahweh or Idols? I have declared the former things from the beginning; and they went forth out of my mouth, and I shewed them; I did them suddenly, and they came to pass. Because I knew that thou art obstinate, and thy neck is an iron sinew, and thy brow brass; I have even from the beginning declared it to thee; before it came to pass I shewed it thee: lest thou shouldest say, Mine idol hath done them, and my graven image, and my molten image, hath commanded them. Isaiah 48: 3 -5

The legacy of Manasseh (2 Kings 21) Ø did after the abominations of the heathen Ø built up again the high places which Hezekiah had destroyed Ø reared up altars for Baal Ø made a grove, as did Ahab king of Israel Ø worshipped all the host of heaven Ø built altars in the house of the LORD Ø made his son pass through the fire Ø observed times, used enchantments Ø dealt with familiar spirits and wizards Ø set a graven image of the grove that he had made in the house (of Yahweh) Ø seduced [the people] to do more evil than did the nations whom the LORD destroyed Ø shed innocent blood very much, till he had filled Jerusalem from one end to another

“a pathway is made by walking” v. 3 “seek” - #1875 ‘darash’ – to tread or frequent, to follow, seek, ask, and diligently inquire. - lit. ‘to beat a path’ – i. e. develop strong, godly habits of mind and behaviour. (He’s 16 years old) - ‘pathways of Godly thinking’ – a real, earnest focus everyday – diligence & regularity! NOT an occasional, casual, superficial interest in the Bible!

At 20 years old he’s ready to act, and he knows what to do with idols! (God rewards endeavour, and sends Josiah ‘help’ in the form of Jeremiah! See Jer. 1: 1 -2) 2 Chron. 34: 3 “purge” - #2891 ‘taher’ – to be bright, pure, physically sound, clear, unadulterated, uncontaminated – Literally to be free from foreign admixture! Josiah was trying to rid the land of ALL defiling influences! (How are we doing in our ‘circle of control’? )

Common Elements of all Idols: 1. An association with pleasure & things the flesh loves. 2. The power of suggestion in the images. Represented a “lifestyle”. 3. Visual!! Distracted people from God and His Ways. 4. Diverted people’s time, energy, money and affection from the one True God. 5. The fact there were MANY idols implicitly told people “It’s OK to only serve this idol part of the time, and another idol part of the time, and even serve God part of the time, if you like!” Contrast this last point the teaching of Scripture: There is only ONE true God, so give Him 100% of yourself, and make NO idols or images! He will tolerate NO rivals.

SUMMARY & LESSONS: üDevelop good habits of mind & action üGod will bless single-minded seeking for Truth üBe thankful for a Godly environment üSeek good friends in the Truth üKnow what’s right and what’s wrong üHave the courage to stand up for what is right üShun evil & the world’s allurements üMake decisions with your “mind” not your “eyes” üGenerate a real desire to know God