Over the Rainbow Written by E Y Harburg 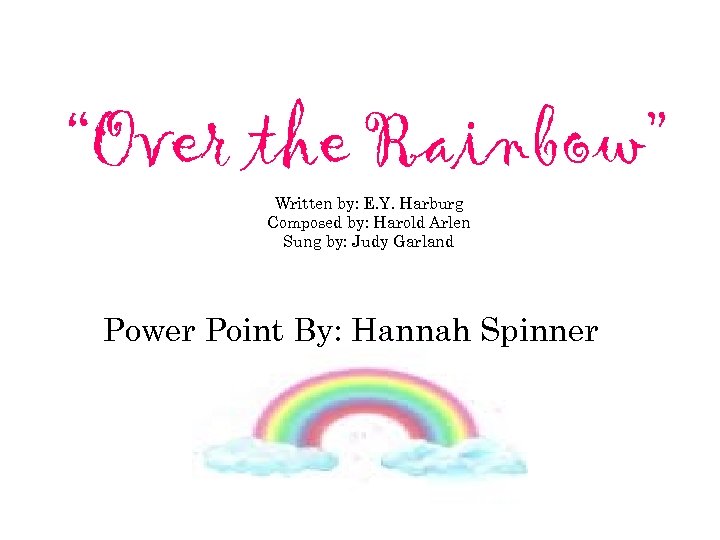 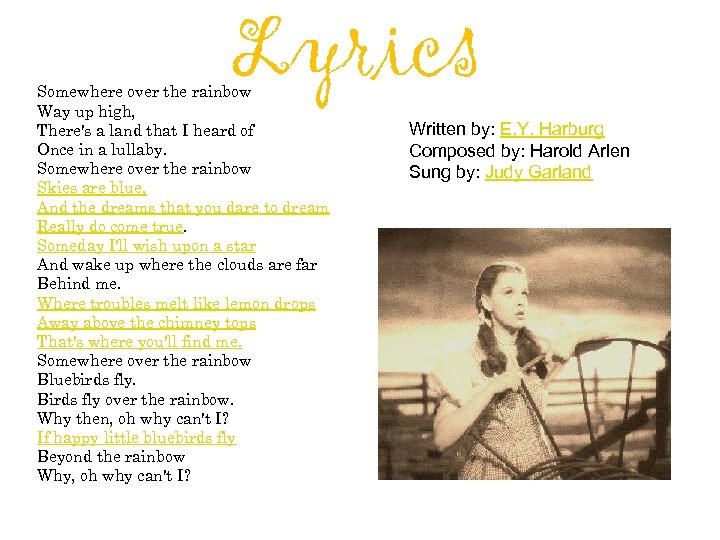 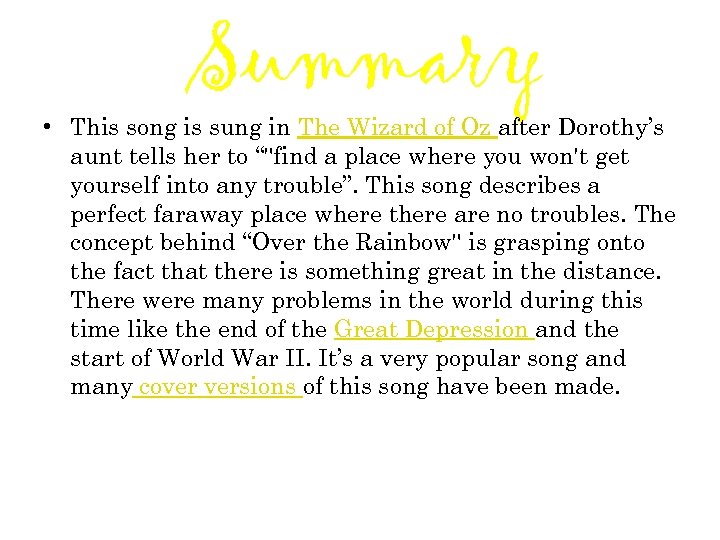 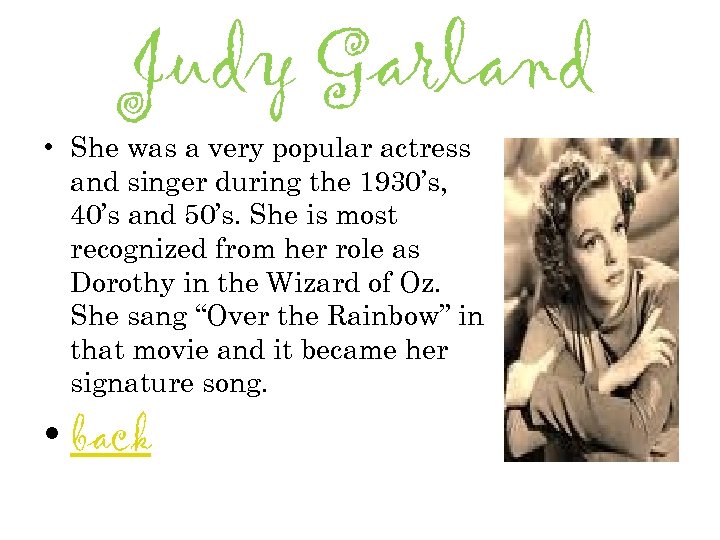 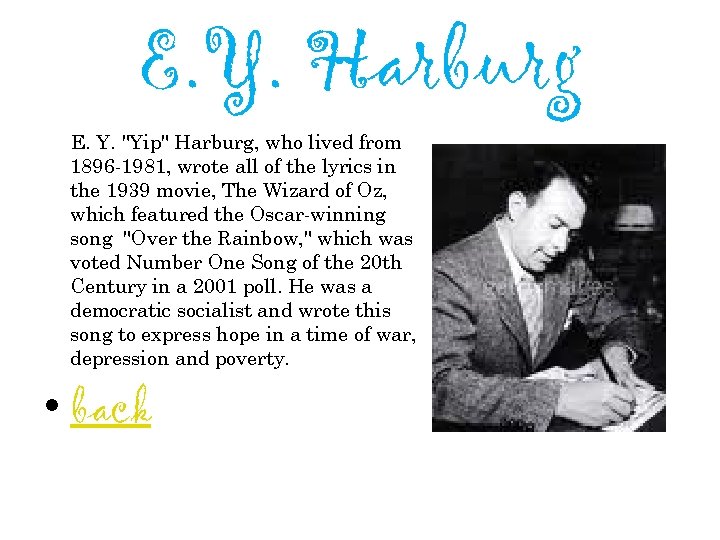 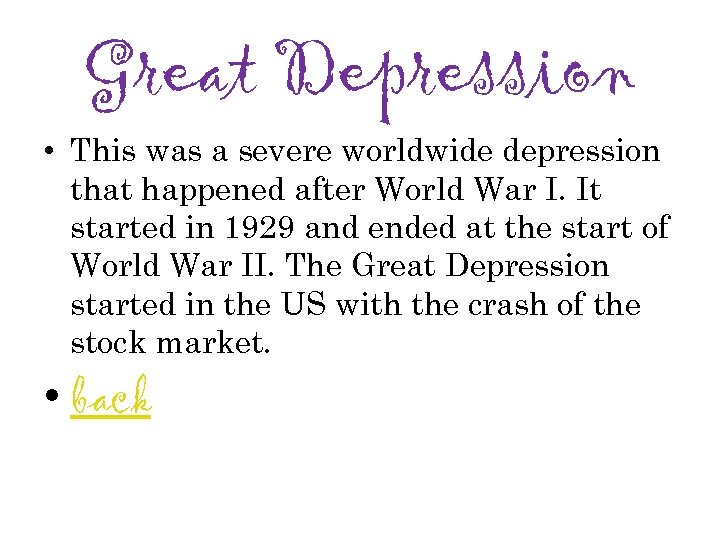 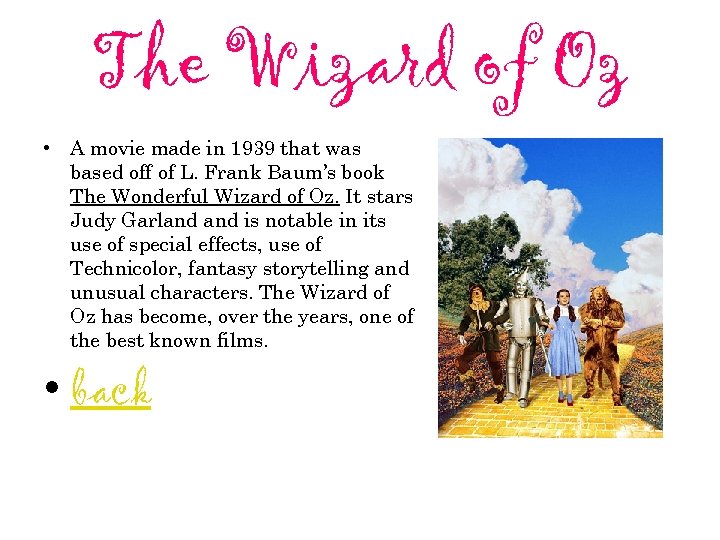 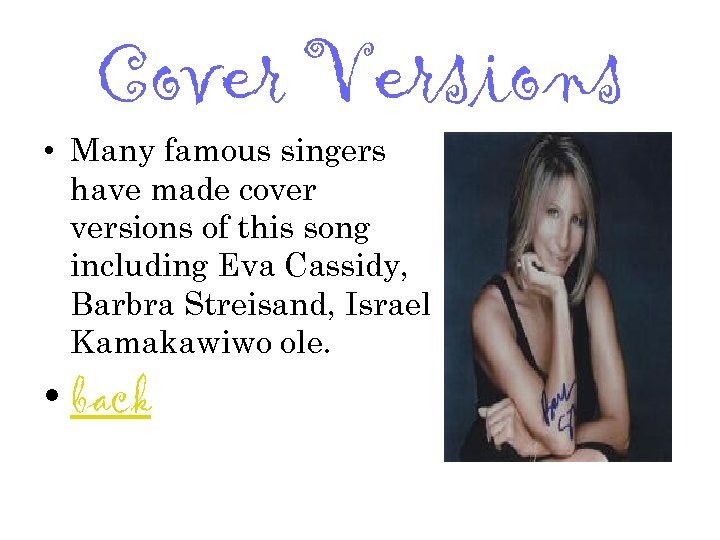 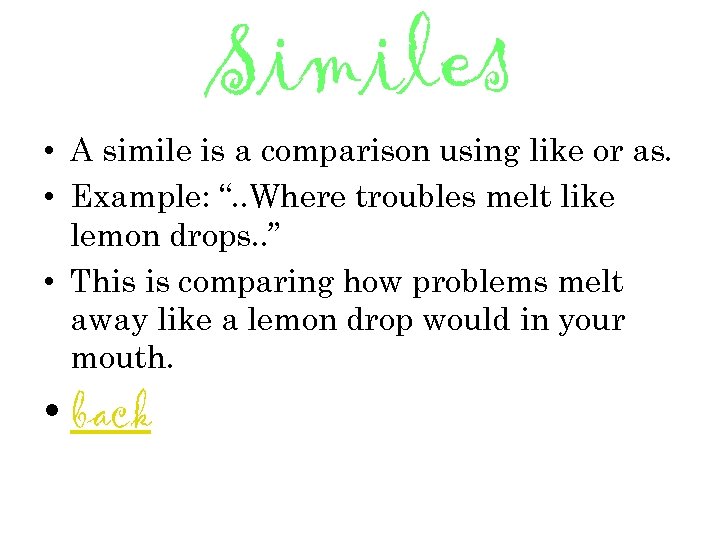 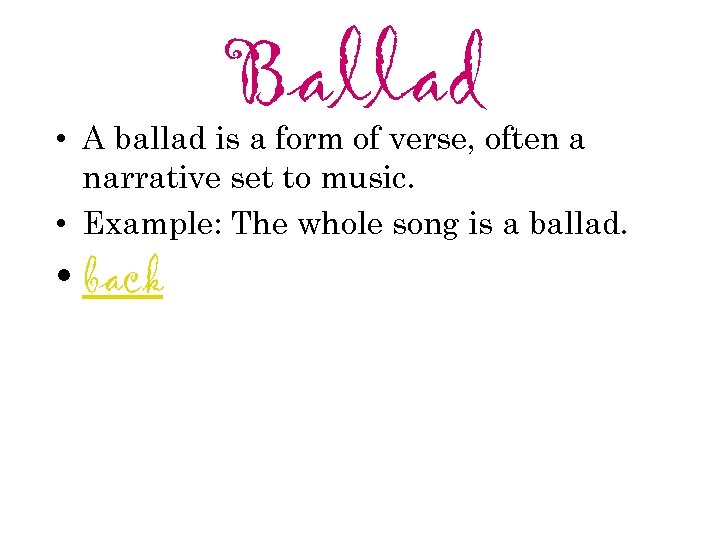 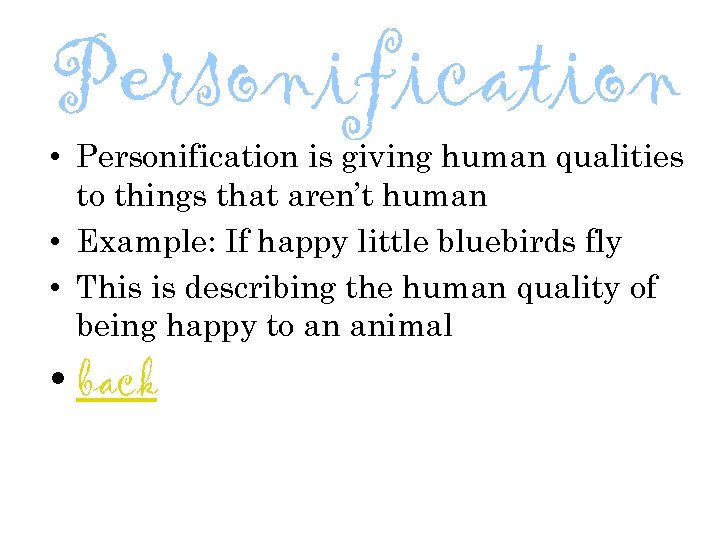 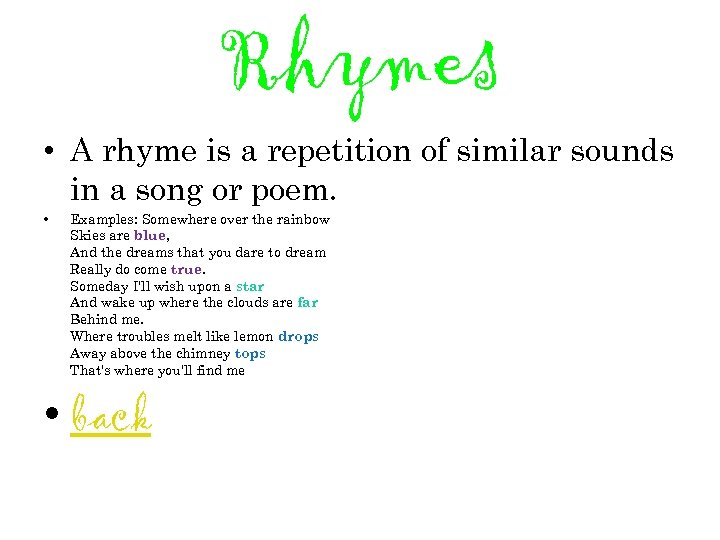 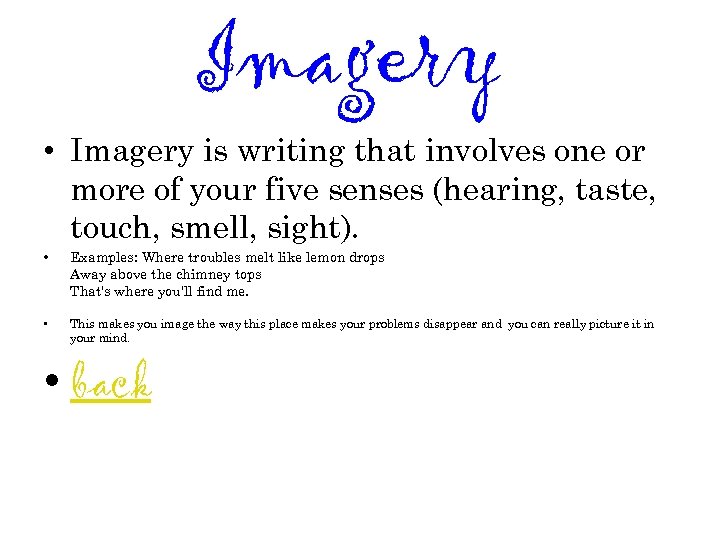 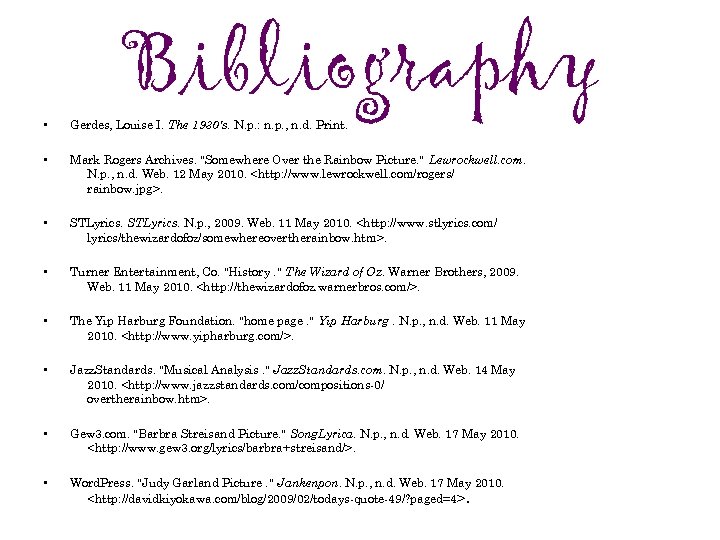 Скачать презентацию Over the Rainbow Written by E Y Harburg

Summary • This song is sung in The Wizard of Oz after Dorothy’s aunt tells her to “"find a place where you won't get yourself into any trouble”. This song describes a perfect faraway place where there are no troubles. The concept behind “Over the Rainbow" is grasping onto the fact that there is something great in the distance. There were many problems in the world during this time like the end of the Great Depression and the start of World War II. It’s a very popular song and many cover versions of this song have been made.

Judy Garland • She was a very popular actress and singer during the 1930’s, 40’s and 50’s. She is most recognized from her role as Dorothy in the Wizard of Oz. She sang “Over the Rainbow” in that movie and it became her signature song. • back

E. Y. Harburg E. Y. "Yip" Harburg, who lived from 1896 -1981, wrote all of the lyrics in the 1939 movie, The Wizard of Oz, which featured the Oscar-winning song "Over the Rainbow, " which was voted Number One Song of the 20 th Century in a 2001 poll. He was a democratic socialist and wrote this song to express hope in a time of war, depression and poverty. • back

The Wizard of Oz • A movie made in 1939 that was based off of L. Frank Baum’s book The Wonderful Wizard of Oz. It stars Judy Garland is notable in its use of special effects, use of Technicolor, fantasy storytelling and unusual characters. The Wizard of Oz has become, over the years, one of the best known films. • back

Cover Versions • Many famous singers have made cover versions of this song including Eva Cassidy, Barbra Streisand, Israel Kamakawiwo ole. • back

Similes • A simile is a comparison using like or as. • Example: “. . Where troubles melt like lemon drops. . ” • This is comparing how problems melt away like a lemon drop would in your mouth. • back

Ballad • A ballad is a form of verse, often a narrative set to music. • Example: The whole song is a ballad. • back

Rhymes • A rhyme is a repetition of similar sounds in a song or poem. • Examples: Somewhere over the rainbow Skies are blue, And the dreams that you dare to dream Really do come true. Someday I'll wish upon a star And wake up where the clouds are far Behind me. Where troubles melt like lemon drops Away above the chimney tops That's where you'll find me • back

Imagery • Imagery is writing that involves one or more of your five senses (hearing, taste, touch, smell, sight). • Examples: Where troubles melt like lemon drops Away above the chimney tops That's where you'll find me. • This makes you image the way this place makes your problems disappear and you can really picture it in your mind. • back

Compare and contrast the photos. Time over !