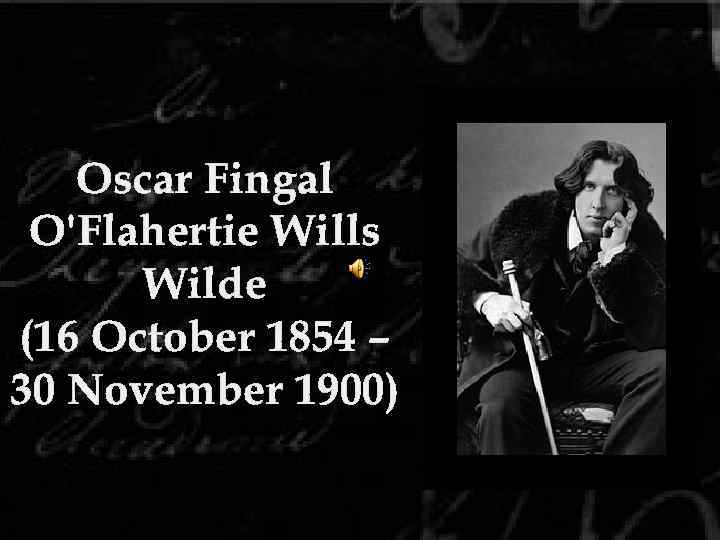 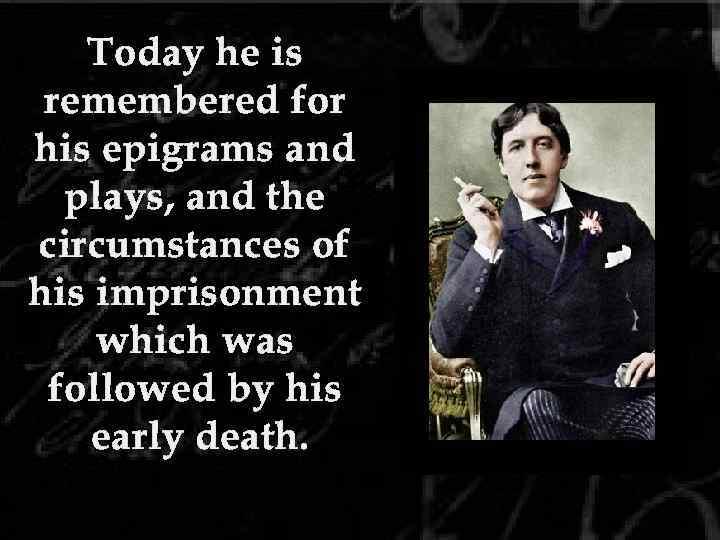 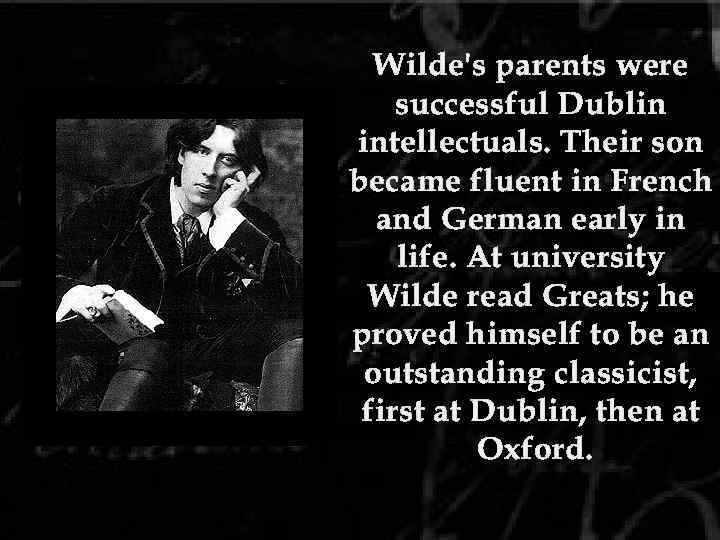 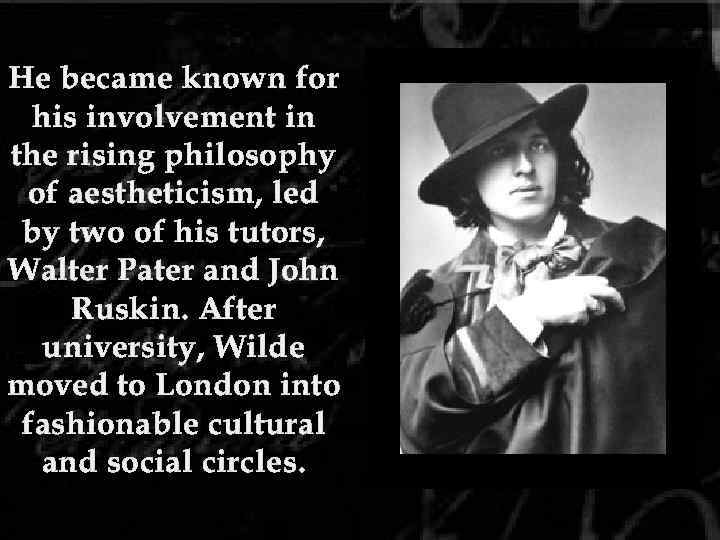 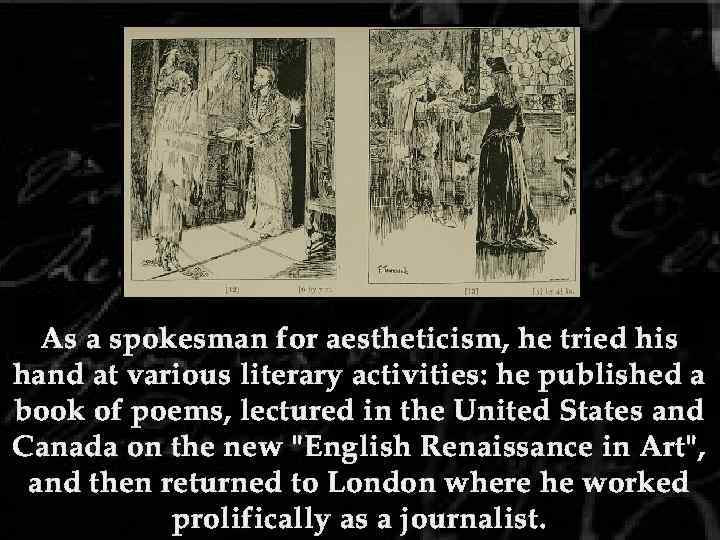 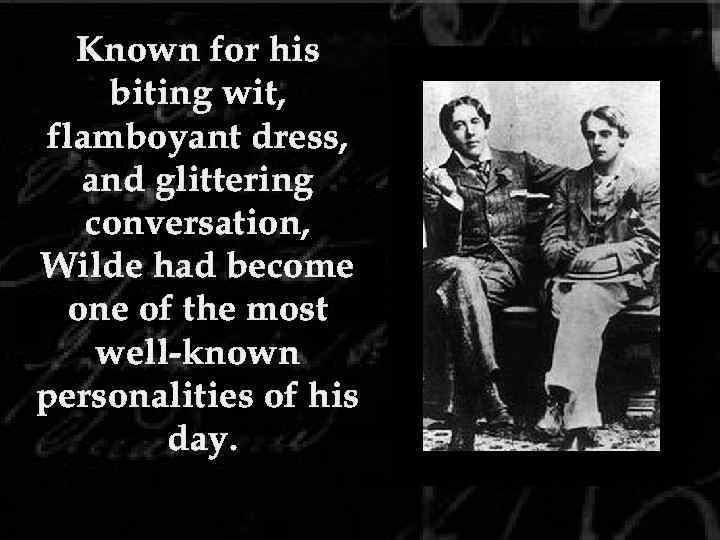 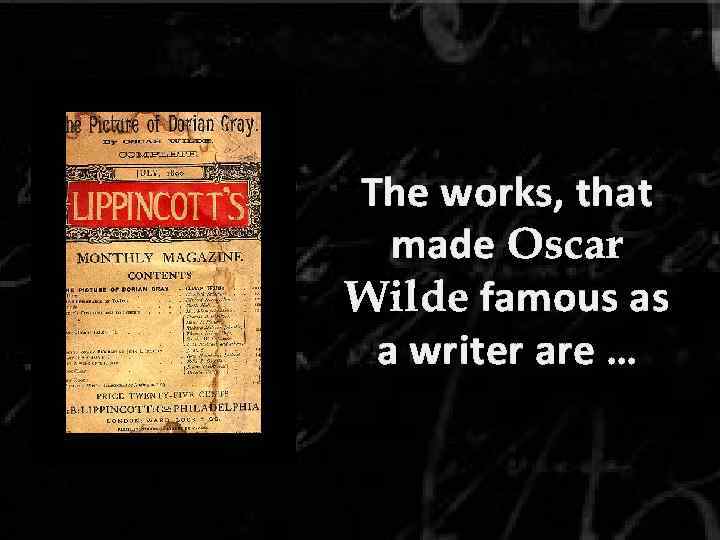 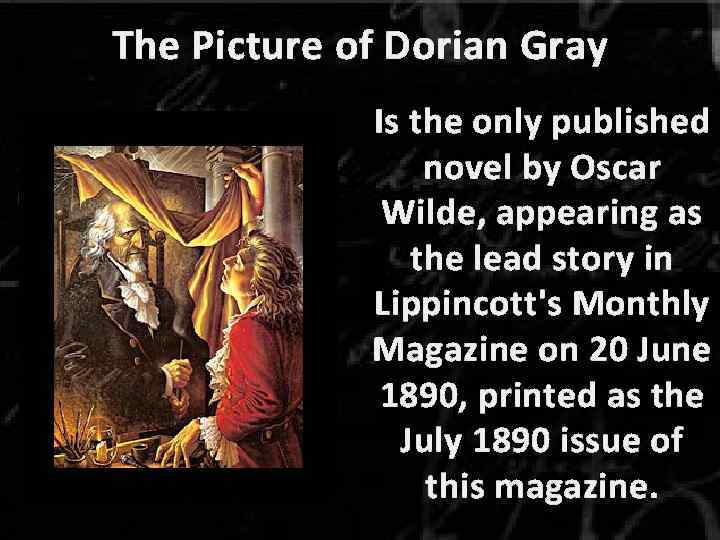 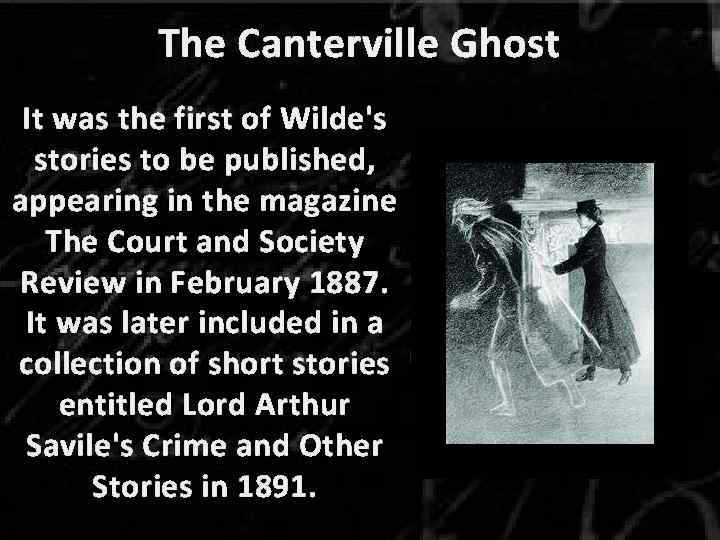 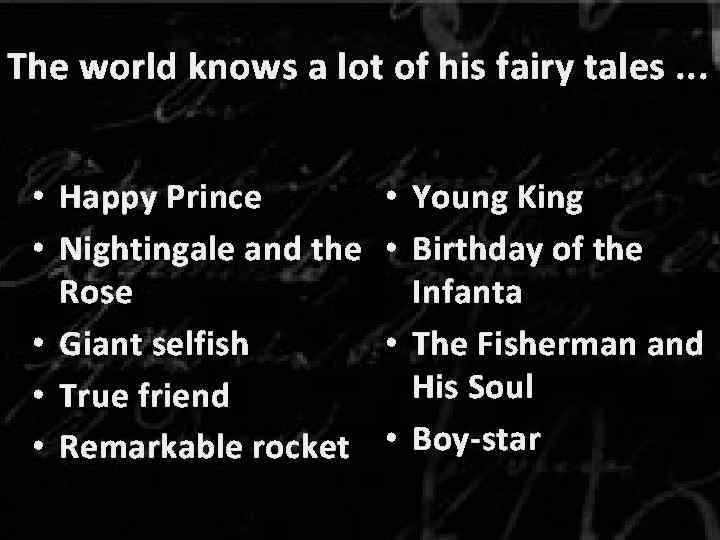 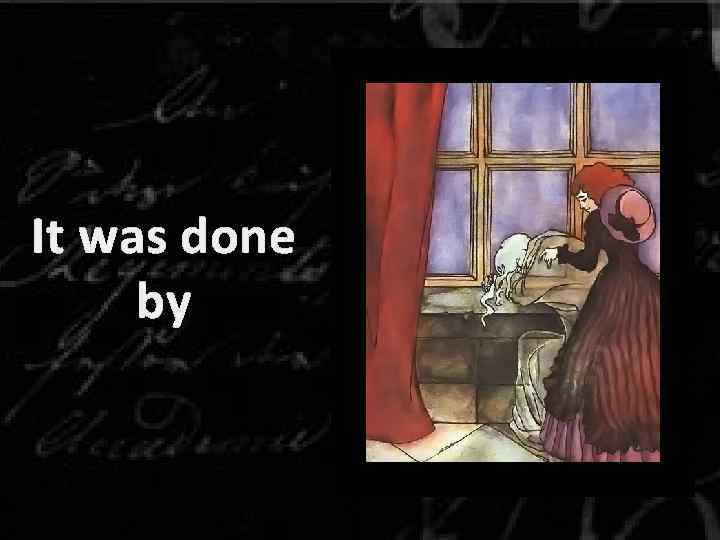 Oscar Wilde was an Irish writer and poet. After writing in different forms throughout the 1880 s, he became one of London's most popular playwrights in the early 1890 s.

Today he is remembered for his epigrams and plays, and the circumstances of his imprisonment which was followed by his early death.

Wilde's parents were successful Dublin intellectuals. Their son became fluent in French and German early in life. At university Wilde read Greats; he proved himself to be an outstanding classicist, first at Dublin, then at Oxford.

He became known for his involvement in the rising philosophy of aestheticism, led by two of his tutors, Walter Pater and John Ruskin. After university, Wilde moved to London into fashionable cultural and social circles.

As a spokesman for aestheticism, he tried his hand at various literary activities: he published a book of poems, lectured in the United States and Canada on the new "English Renaissance in Art", and then returned to London where he worked prolifically as a journalist.

Known for his biting wit, flamboyant dress, and glittering conversation, Wilde had become one of the most well-known personalities of his day.

The works, that made Oscar Wilde famous as a writer are …

The Picture of Dorian Gray Is the only published novel by Oscar Wilde, appearing as the lead story in Lippincott's Monthly Magazine on 20 June 1890, printed as the July 1890 issue of this magazine.

The Canterville Ghost It was the first of Wilde's stories to be published, appearing in the magazine The Court and Society Review in February 1887. It was later included in a collection of short stories entitled Lord Arthur Savile's Crime and Other Stories in 1891.

The world knows a lot of his fairy tales. . . • Happy Prince • Nightingale and the Rose • Giant selfish • True friend • Remarkable rocket • Young King • Birthday of the Infanta • The Fisherman and His Soul • Boy-star

It was done by

Colour symbolism in the novel “The Picture of