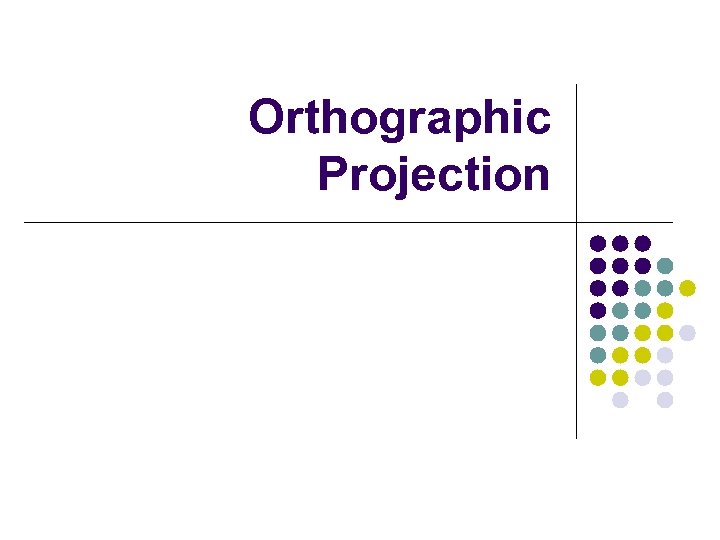 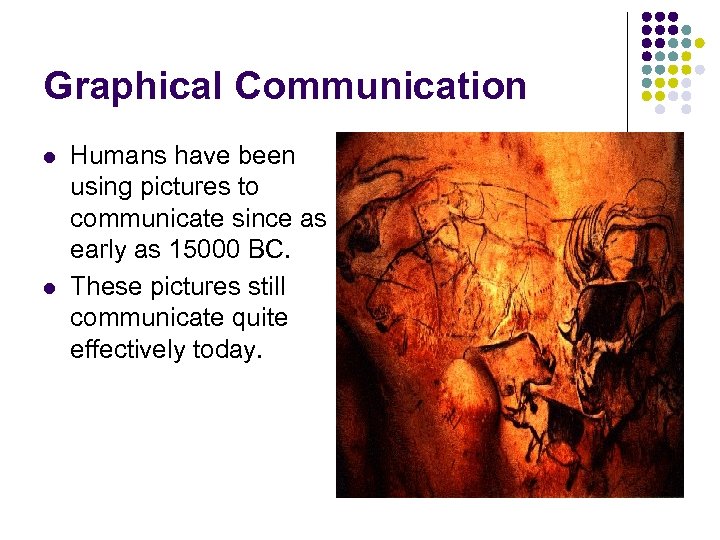 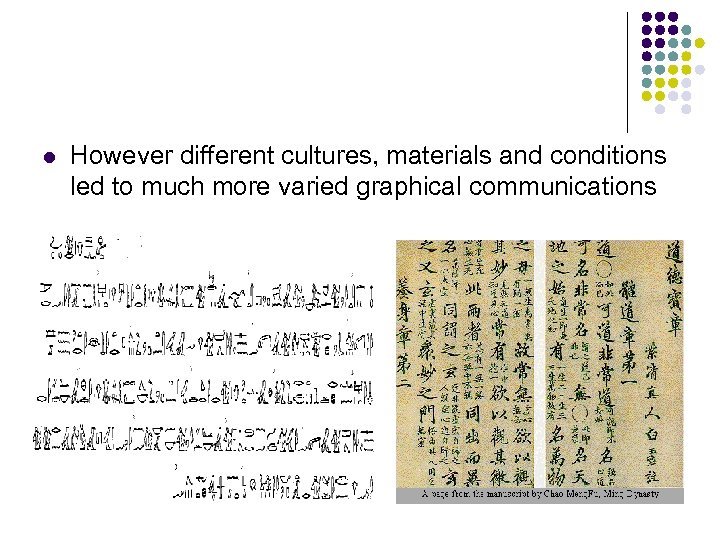 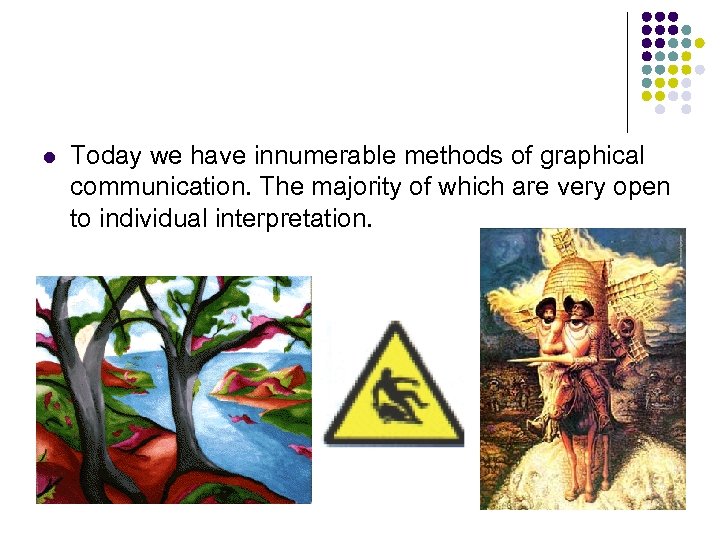 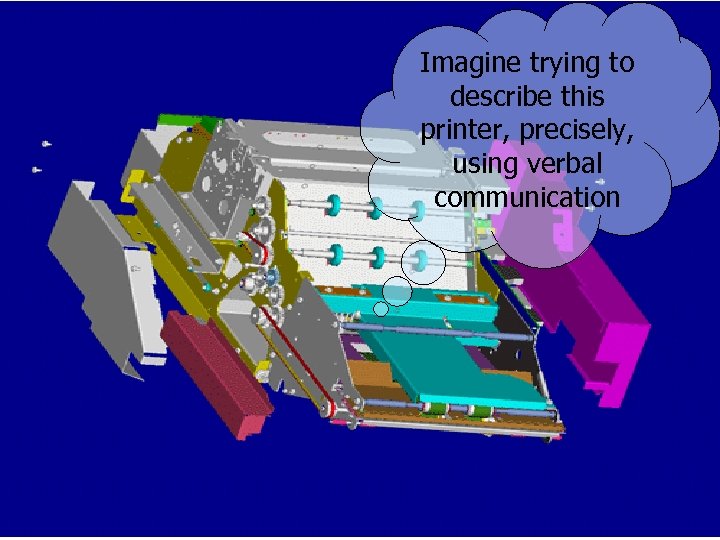 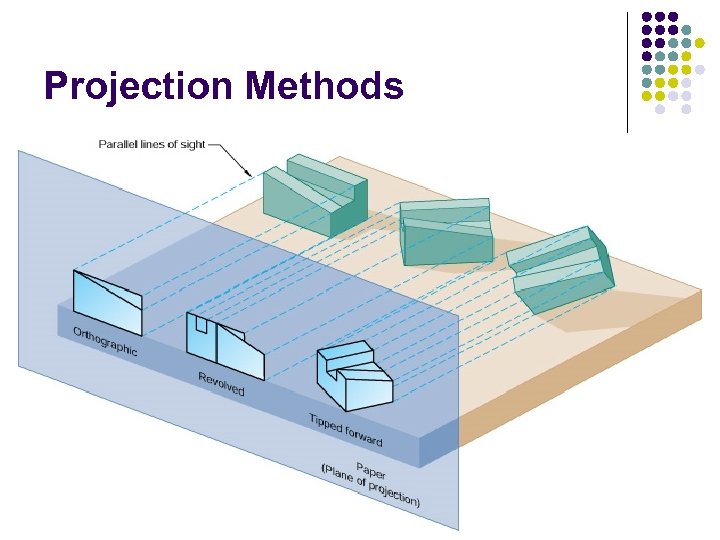 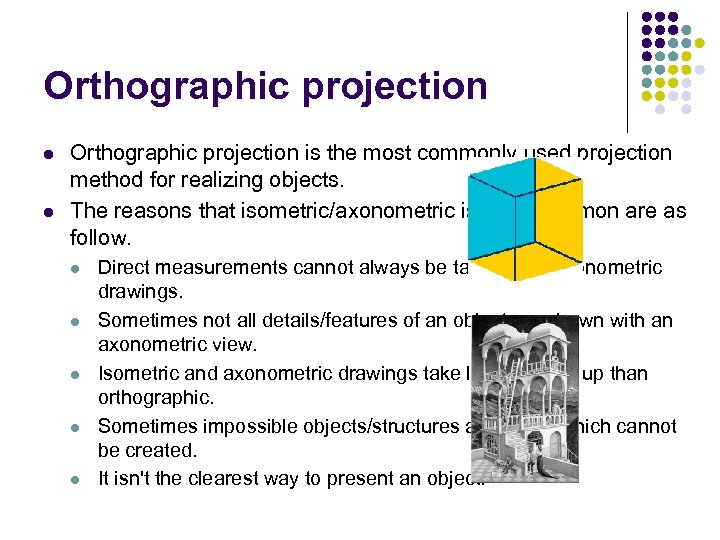 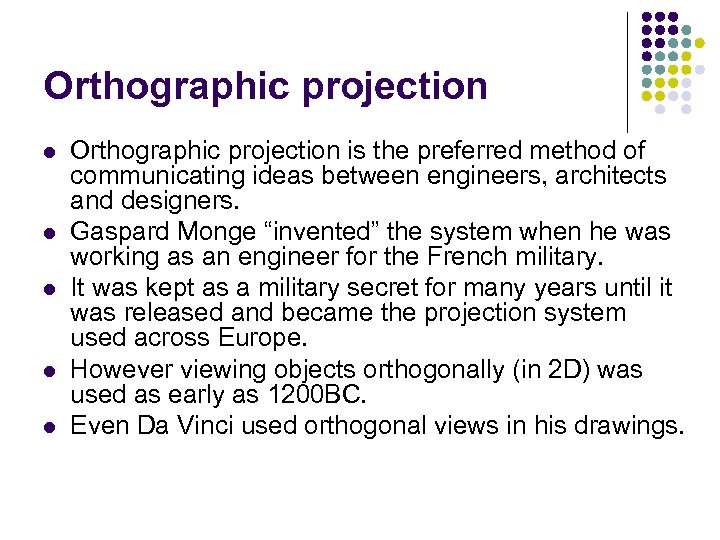 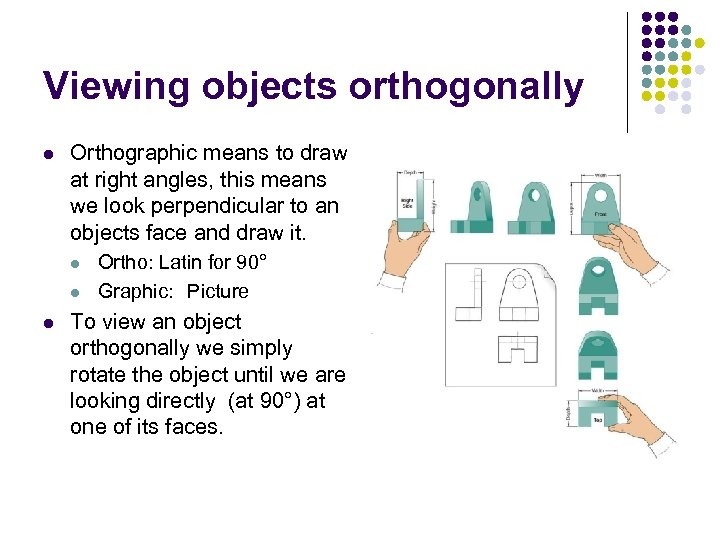 Graphical Communication l l Humans have been using pictures to communicate since as early as 15000 BC. These pictures still communicate quite effectively today.

l Today we have innumerable methods of graphical communication. The majority of which are very open to individual interpretation.

Orthographic projection l l l Orthographic projection is the preferred method of communicating ideas between engineers, architects and designers. Gaspard Monge “invented” the system when he was working as an engineer for the French military. It was kept as a military secret for many years until it was released and became the projection system used across Europe. However viewing objects orthogonally (in 2 D) was used as early as 1200 BC. Even Da Vinci used orthogonal views in his drawings.

Viewing objects orthogonally l Orthographic means to draw at right angles, this means we look perpendicular to an objects face and draw it. l l l Ortho: Latin for 90° Graphic: Picture To view an object orthogonally we simply rotate the object until we are looking directly (at 90°) at one of its faces.

1 Transformation of a Drawing

Cyclographic and stereographic projection What is important