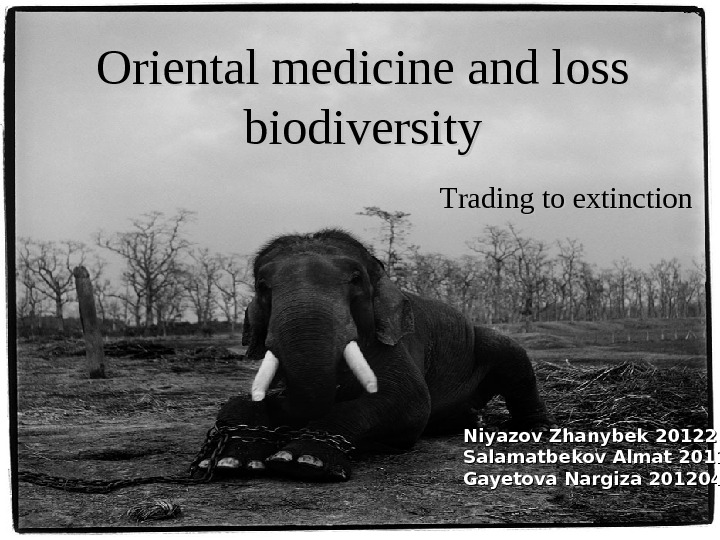 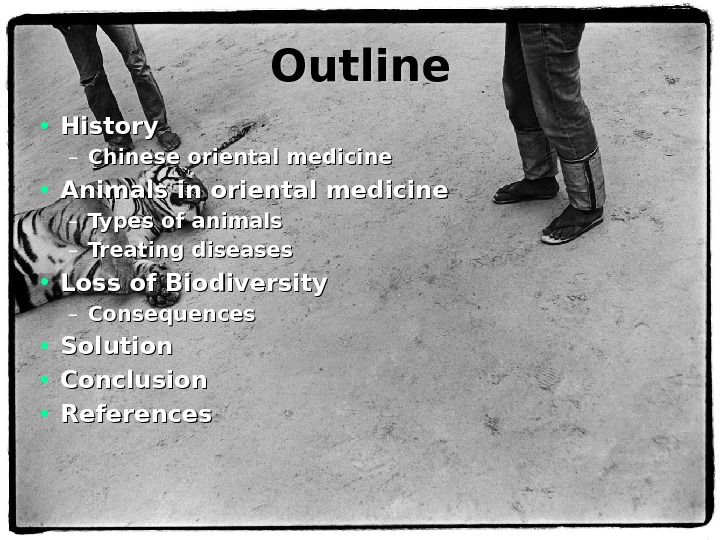 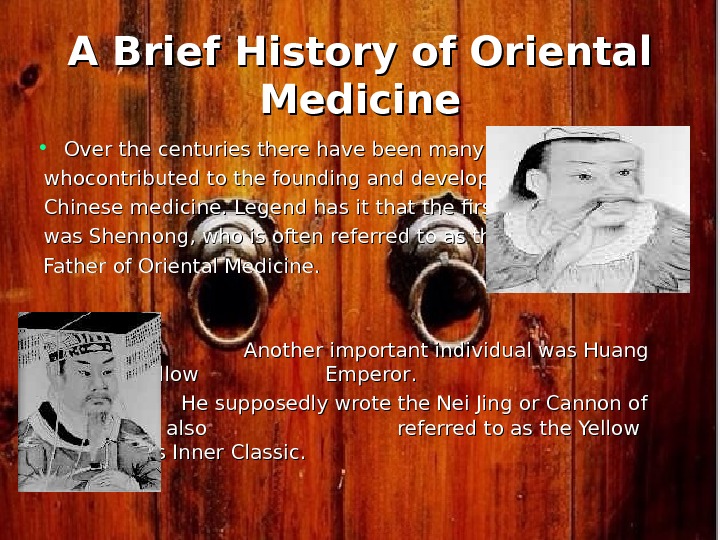 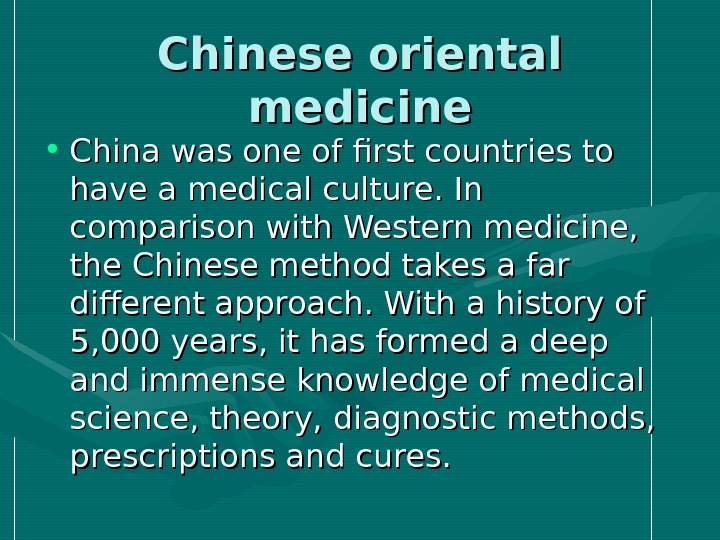 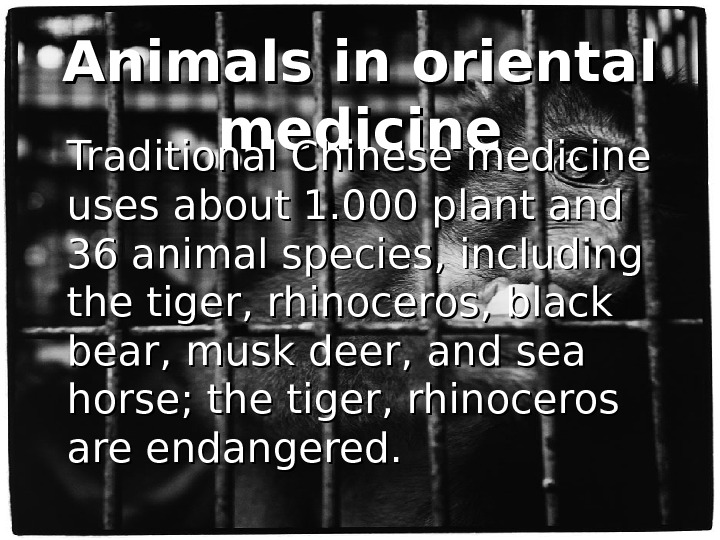 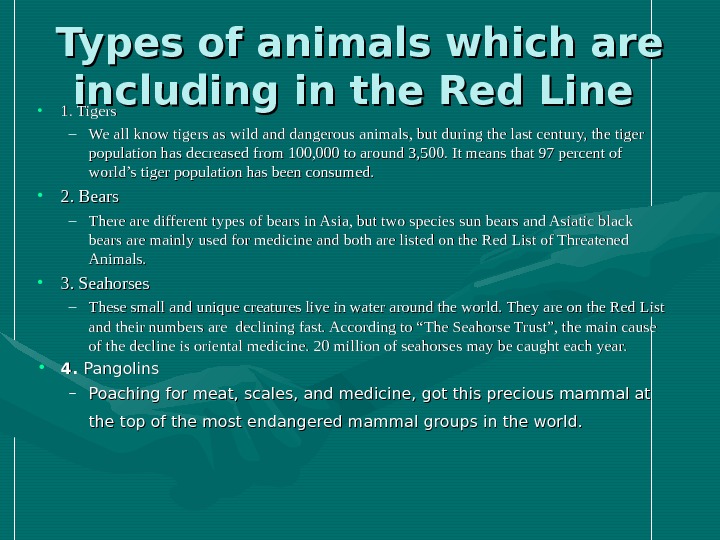 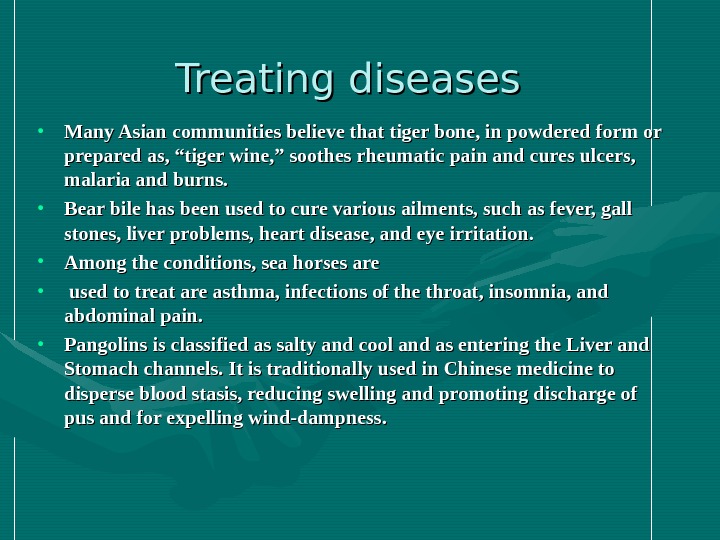 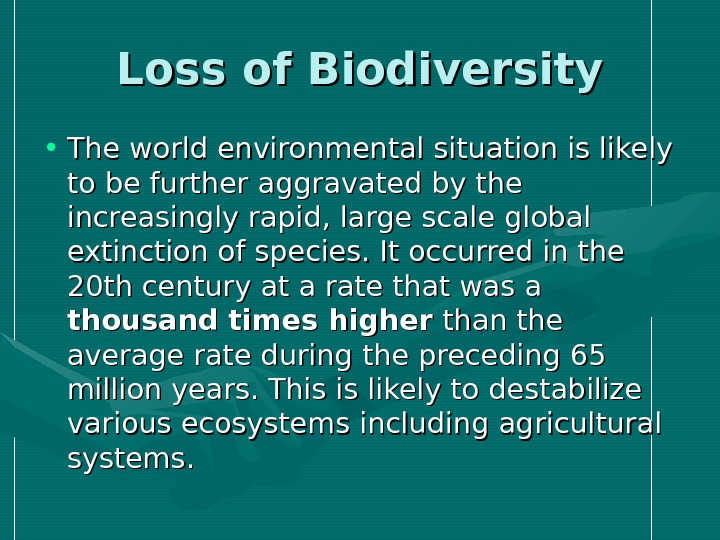 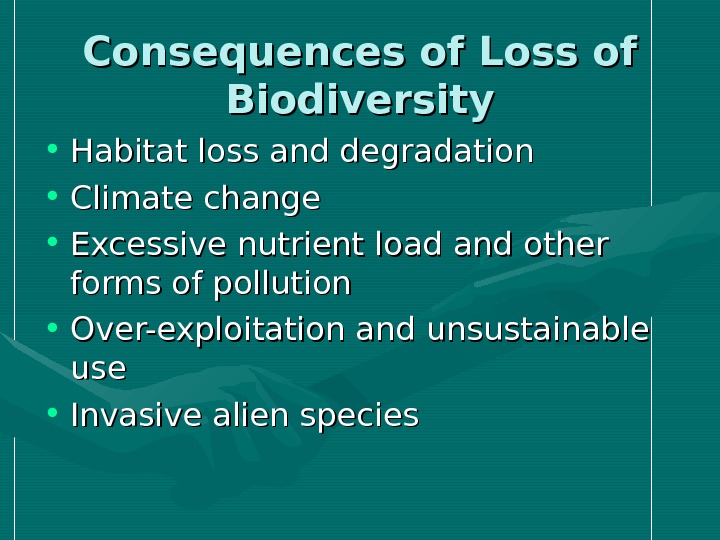 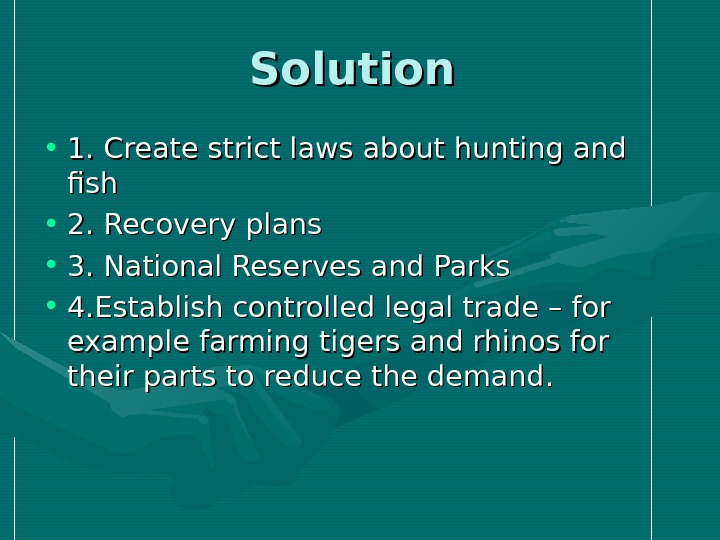 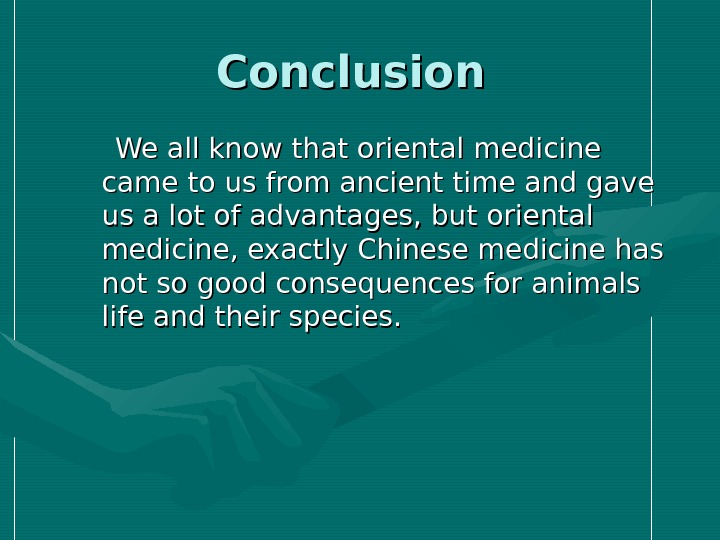 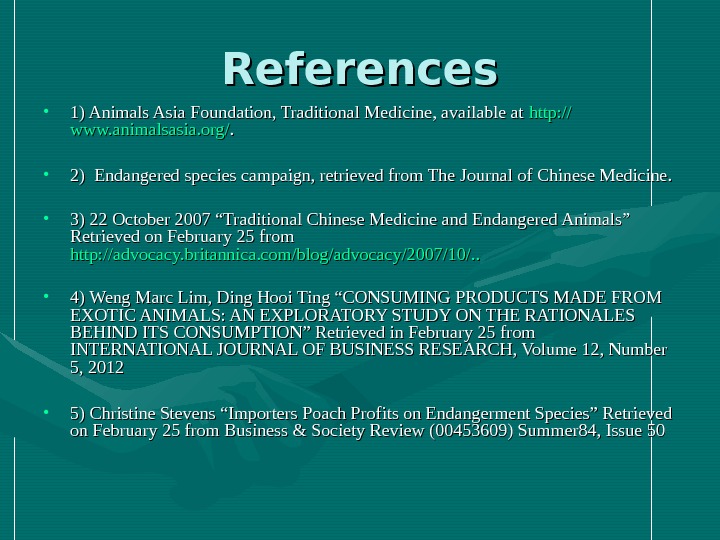 A Brief History of Oriental Medicine • Over the centuries there have been many individuals whocontributed to the founding and development of Chinese medicine. Legend has it that the first individual was Shennong, who is often referred to as the Father of Oriental Medicine. Another important individual was Huang Di, the Yellow Emperor. . He supposedly wrote the Nei Jing or Cannon of Medicine, also referred to as the Yellow Emperor’s Inner Classic.

Chinese oriental medicine • China was one of first countries to have a medical culture. In comparison with Western medicine, the Chinese method takes a far different approach. With a history of 5, 000 years, it has formed a deep and immense knowledge of medical science, theory, diagnostic methods, prescriptions and cures.

Types of animals which are including in the Red Line • 1. Tigers – We all know tigers as wild and dangerous animals, but during the last century, the tiger population has decreased from 100, 000 to around 3, 500. It means that 97 percent of world’s tiger population has been consumed. • 2. Bears – There are different types of bears in Asia, but two species sun bears and Asiatic black bears are mainly used for medicine and both are listed on the Red List of Threatened Animals. • 3. Seahorses – These small and unique creatures live in water around the world. They are on the Red List and their numbers are declining fast. According to “The Seahorse Trust”, the main cause of the decline is oriental medicine. 20 million of seahorses may be caught each year. • 4. 4. Pangolins – Poaching for meat, scales, and medicine, got this precious mammal at the top of the most endangered mammal groups in the world.

Treating diseases • Many Asian communities believe that tiger bone, in powdered form or prepared as, “tiger wine, ” soothes rheumatic pain and cures ulcers, malaria and burns. • Bear bile has been used to cure various ailments, such as fever, gall stones, liver problems, heart disease, and eye irritation. • Among the conditions, sea horses are • used to treat are asthma, infections of the throat, insomnia, and abdominal pain. • Pangolins is classified as salty and cool and as entering the Liver and Stomach channels. It is traditionally used in Chinese medicine to disperse blood stasis, reducing swelling and promoting discharge of pus and for expelling wind-dampness.

Loss of Biodiversity • The world environmental situation is likely to be further aggravated by the increasingly rapid, large scale global extinction of species. It occurred in the 20 th century at a rate that was a thousand times higher than the average rate during the preceding 65 million years. This is likely to destabilize various ecosystems including agricultural systems.