ORGANIC COMPOUNDS An element is any 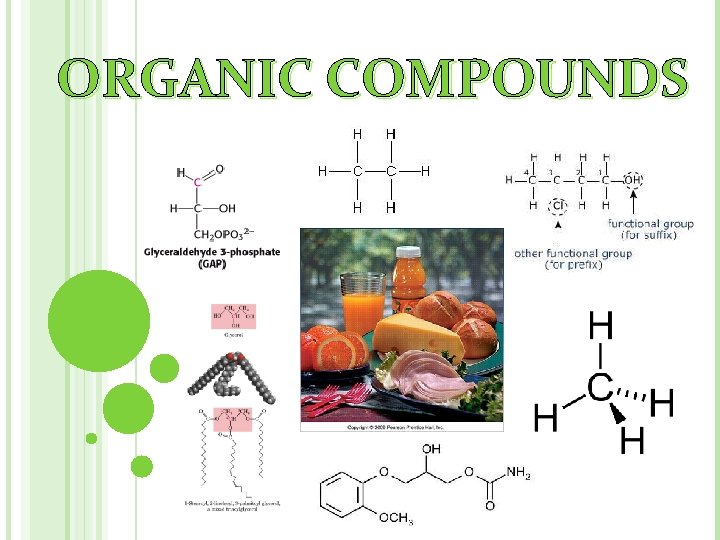 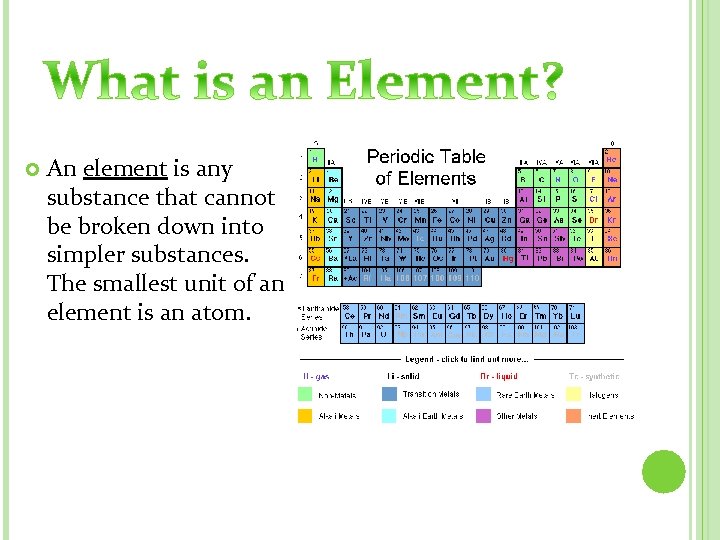 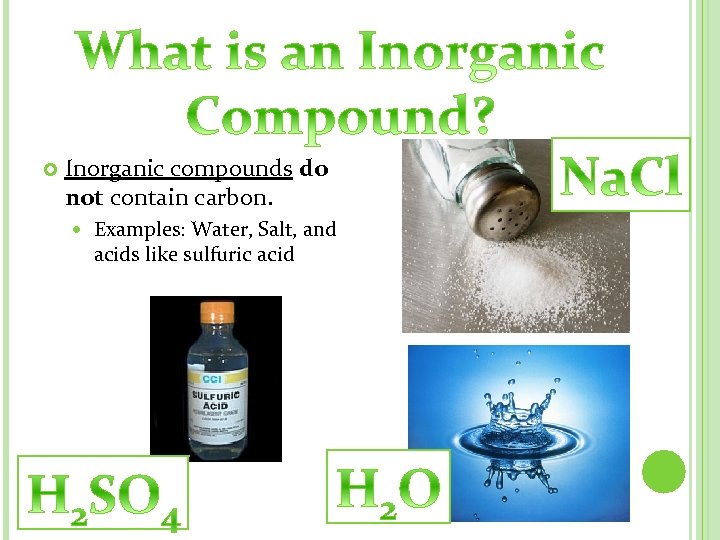 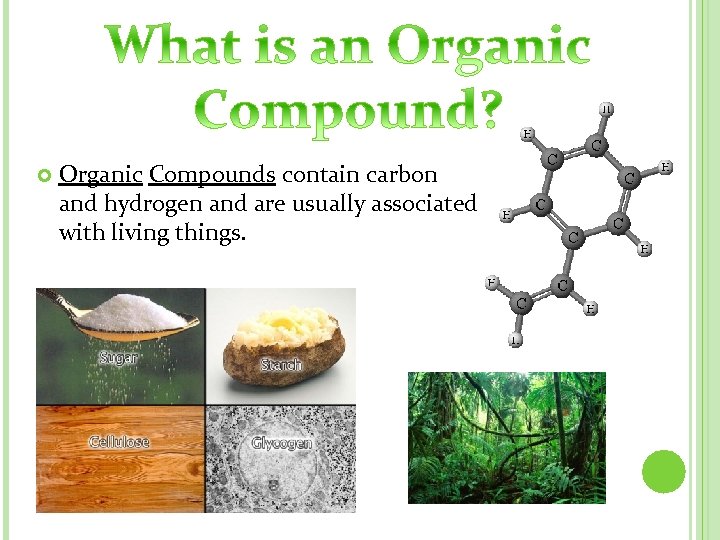 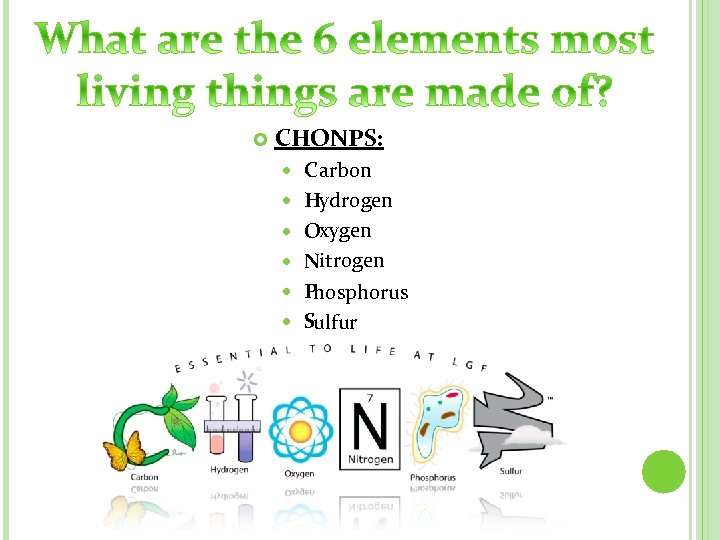 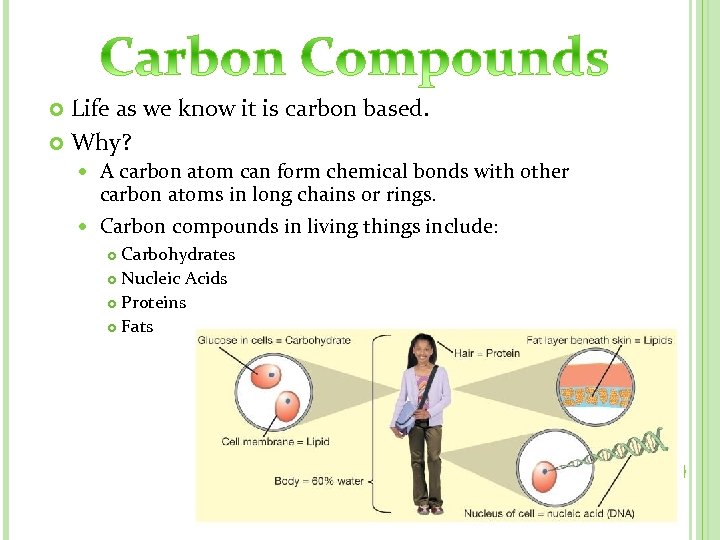 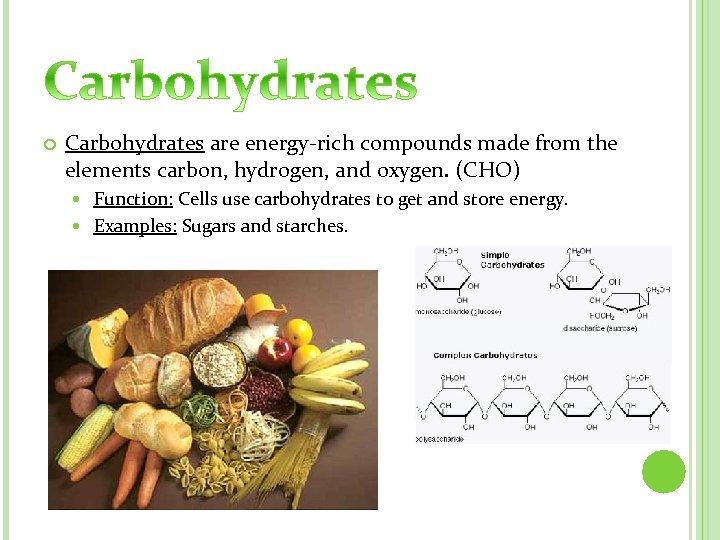 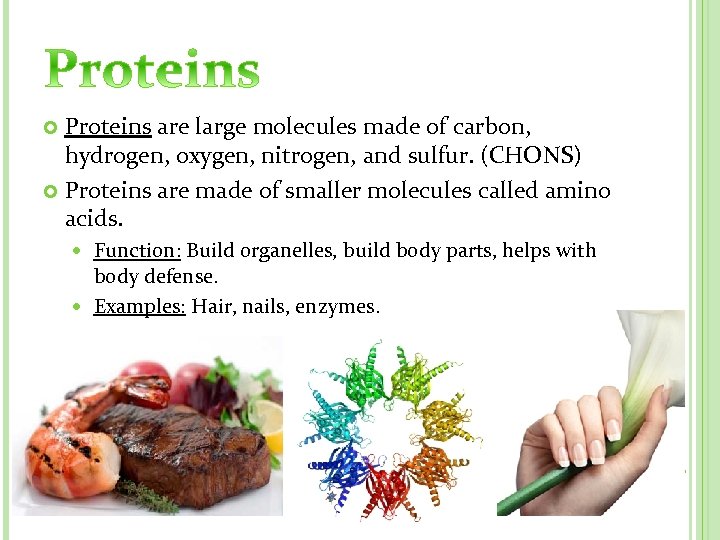 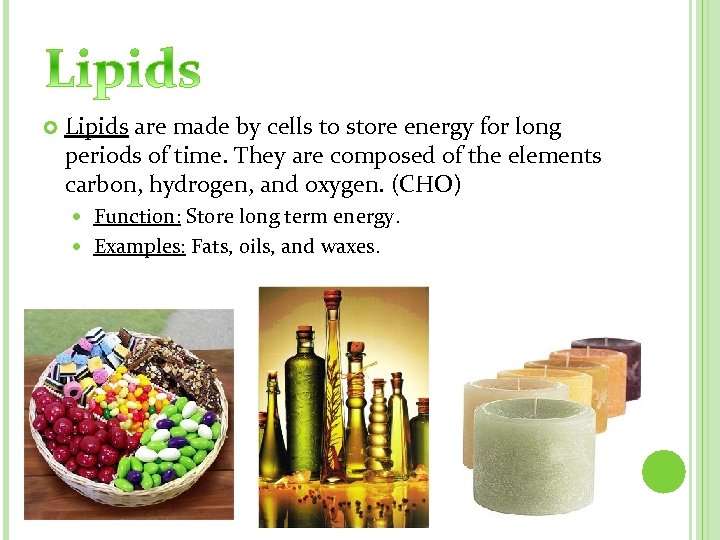 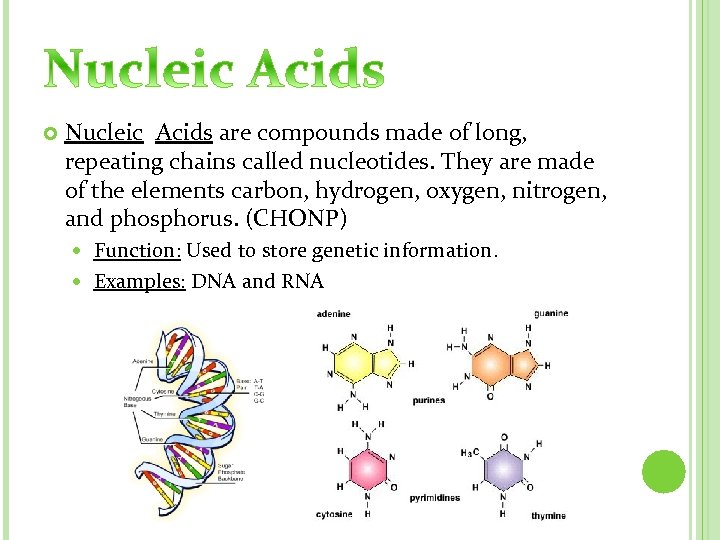 Скачать презентацию ORGANIC COMPOUNDS An element is any

A compound is any chemical that is made of two or more different elements.

Organic Compounds contain carbon and hydrogen and are usually associated with living things.

Life as we know it is carbon based. Why? A carbon atom can form chemical bonds with other carbon atoms in long chains or rings. Carbon compounds in living things include: Carbohydrates Nucleic Acids Proteins Fats

Carbohydrates are energy-rich compounds made from the elements carbon, hydrogen, and oxygen. (CHO) Function: Cells use carbohydrates to get and store energy. Examples: Sugars and starches.

Lipids are made by cells to store energy for long periods of time. They are composed of the elements carbon, hydrogen, and oxygen. (CHO) Function: Store long term energy. Examples: Fats, oils, and waxes.

Nucleic Acids are compounds made of long, repeating chains called nucleotides. They are made of the elements carbon, hydrogen, oxygen, nitrogen, and phosphorus. (CHONP) Function: Used to store genetic information. Examples: DNA and RNA