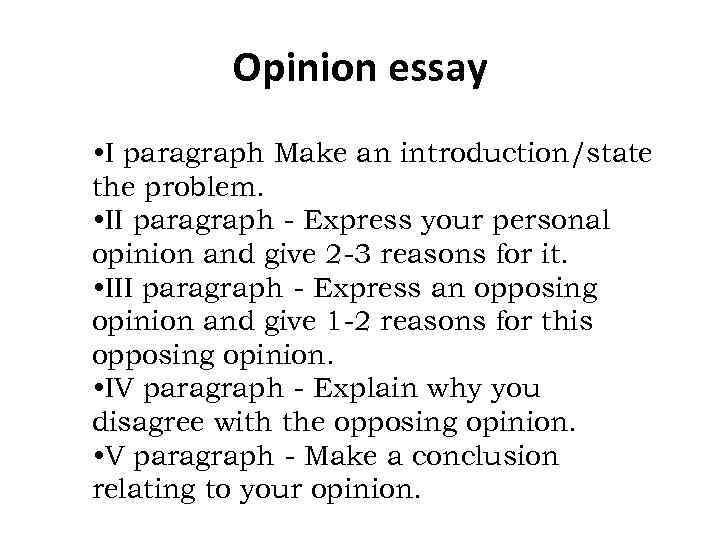 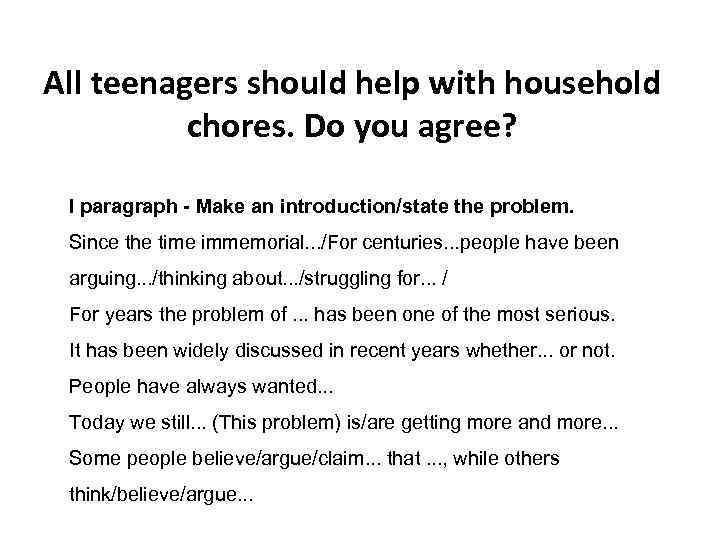 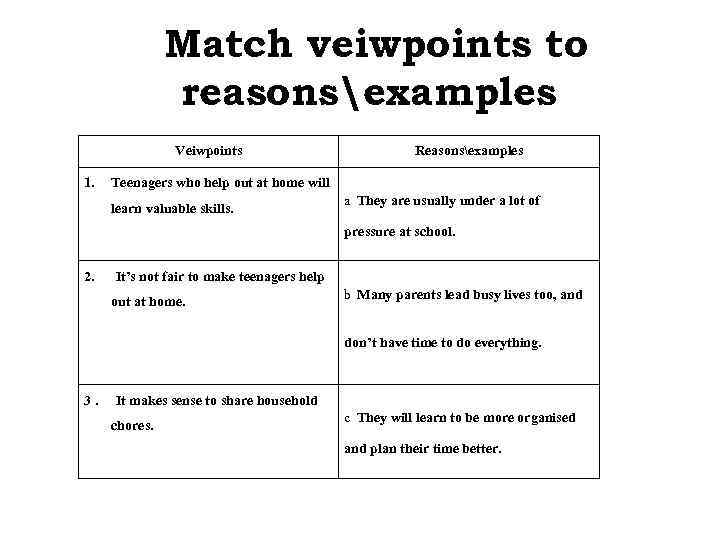 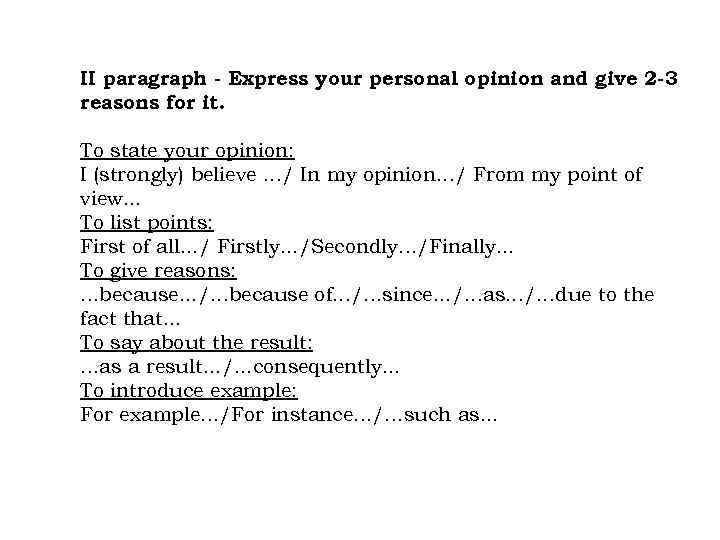 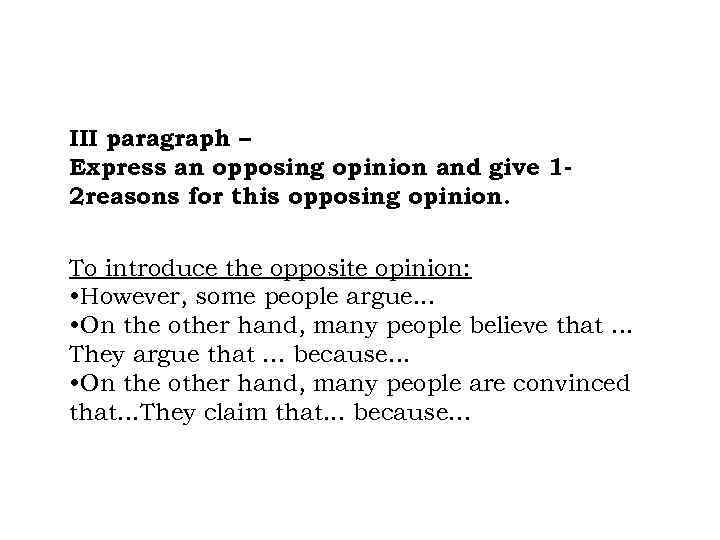 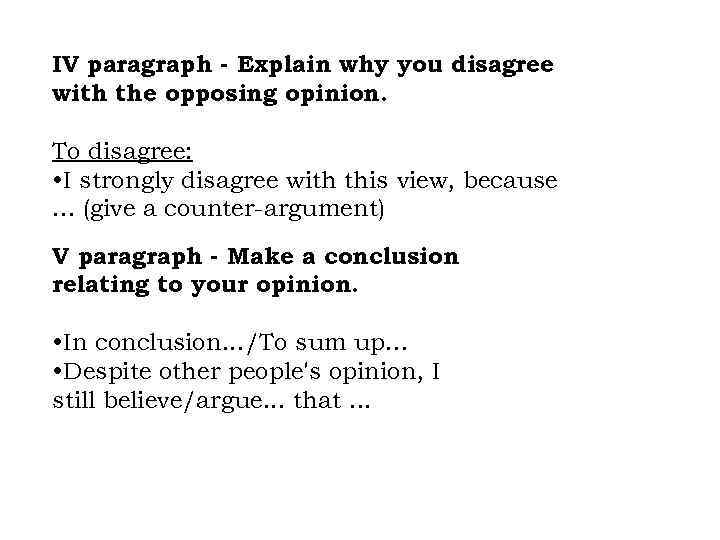 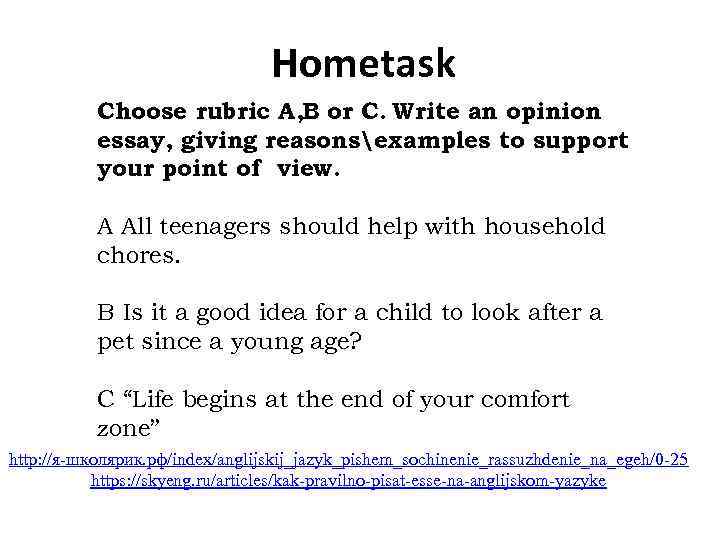 All teenagers should help with household chores. Do you agree? I paragraph - Make an introduction/state the problem. Since the time immemorial. . . /For centuries. . . people have been arguing. . . /thinking about. . . /struggling for. . . / For years the problem of. . . has been one of the most serious. It has been widely discussed in recent years whether. . . or not. People have always wanted. . . Today we still. . . (This problem) is/are getting more and more. . . Some people believe/argue/claim. . . that. . . , while others think/believe/argue. . .

Match veiwpoints to reasonsexamples Veiwpoints 1. Reasonsexamples Teenagers who help out at home will learn valuable skills. a They are usually under a lot of pressure at school. 2. It’s not fair to make teenagers help out at home. b Many parents lead busy lives too, and don’t have time to do everything. 3. It makes sense to share household chores. c They will learn to be more organised and plan their time better.

Hometask Choose rubric A, B or C. Write an opinion essay, giving reasonsexamples to support your point of view. A All teenagers should help with household chores. B Is it a good idea for a child to look after a pet since a young age? C “Life begins at the end of your comfort zone” http: //я-школярик. рф/index/anglijskij_jazyk_pishem_sochinenie_rassuzhdenie_na_egeh/0 -25 https: //skyeng. ru/articles/kak-pravilno-pisat-esse-na-anglijskom-yazyke