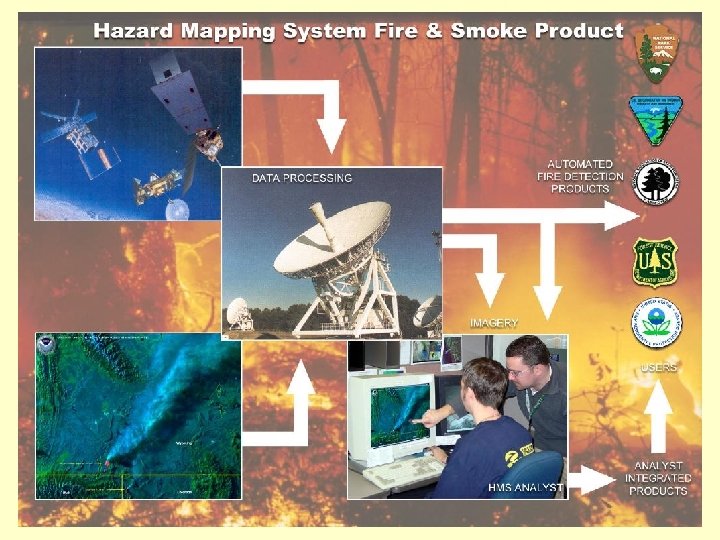 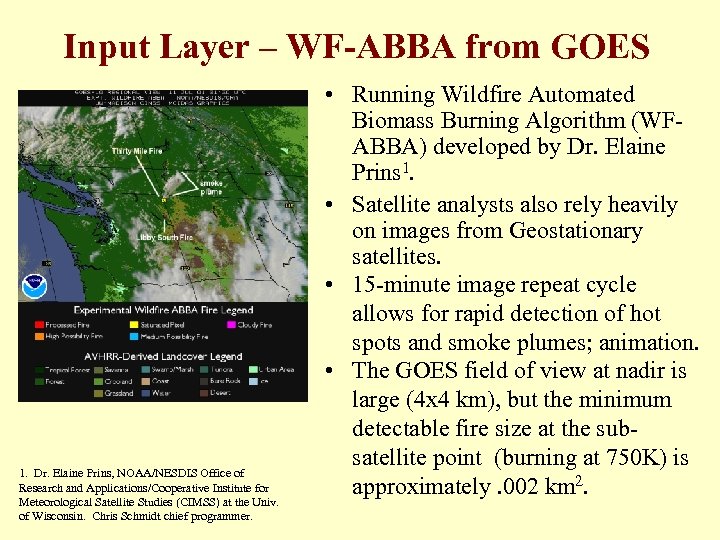 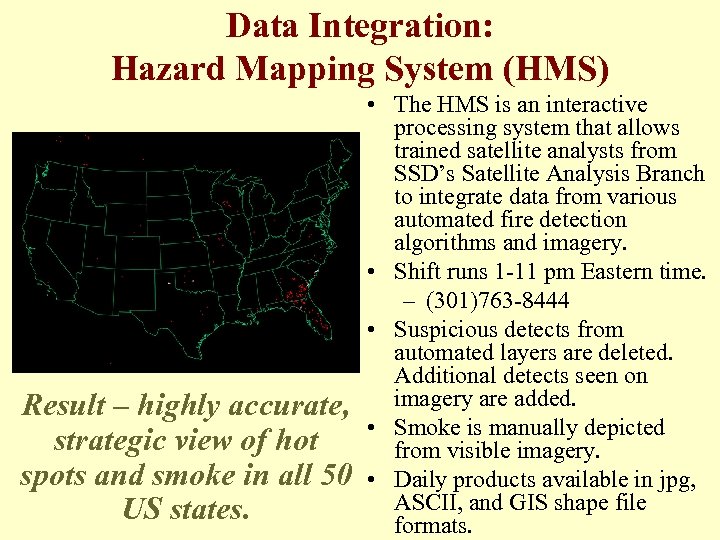 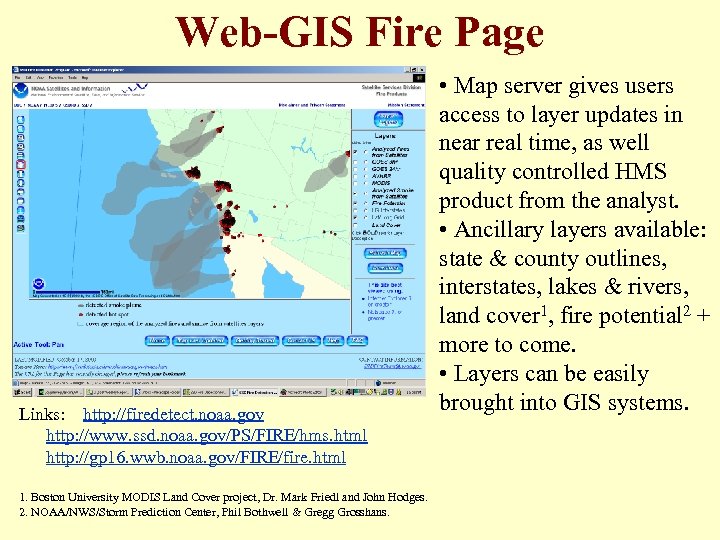 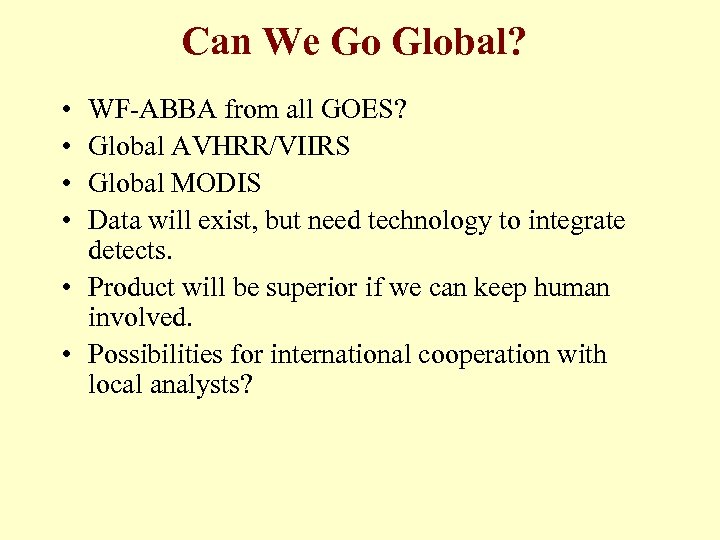 Hazard Mapping System (HMS) Fire and Smoke Detection Product • The fire program began in 1998, when smoke from Mexican fires blanketed the southern US. • Satellite Services Division’s (SSD’s) Satellite Analysis Branch began doing a manual fire analysis by analyzing GOES and polar AVHRR imagery. • The product continued over the next few years, focusing on major fire outbreaks within the US. • The Hazard Mapping System (HMS) was developed to integrate satellite imagery and automated fire detects into a daily fire and smoke product and allow for interactive analyst QC. § Full US coverage § The US HMS product became experimental in 2001 and operational in summer 2002.

International Efforts • For the period March – May 2004, SSD is hosting 2 Mexican meteorologists 1 to create a special Mexican HMS product. • After that period, the Mexican sector will be created when significant smoke impacts the US. • By summer 2004, special sectors over Canada and NE Russia will also be possible. • SSD is participant in the International Charter for Space and Major Disasters. Goal for 2006 is to be able to bring up special sectors anywhere in the world in the event of international crises. 1 Angel Refugio Teran and Rosa Alicia Torres from the Servicio Meteorologico Nacional

Can We Go Global? • • WF-ABBA from all GOES? Global AVHRR/VIIRS Global MODIS Data will exist, but need technology to integrate detects. • Product will be superior if we can keep human involved. • Possibilities for international cooperation with local analysts?

Harmful Hazardous Hazard is the potential

Fire-watch tower The tourists can visit a