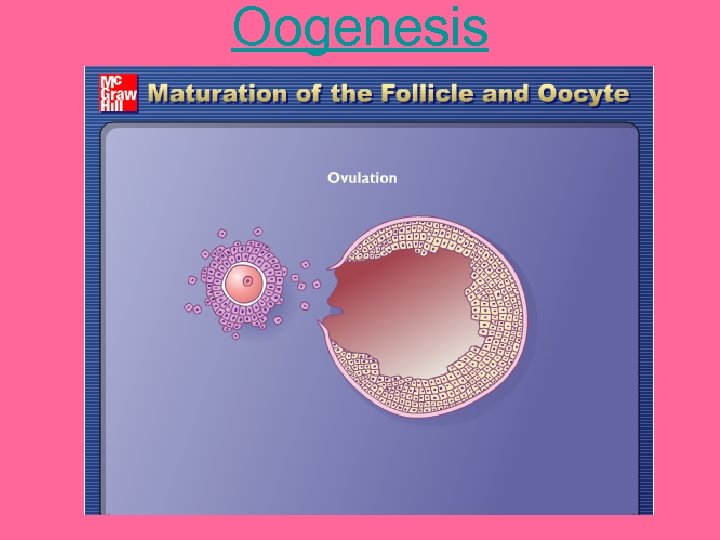 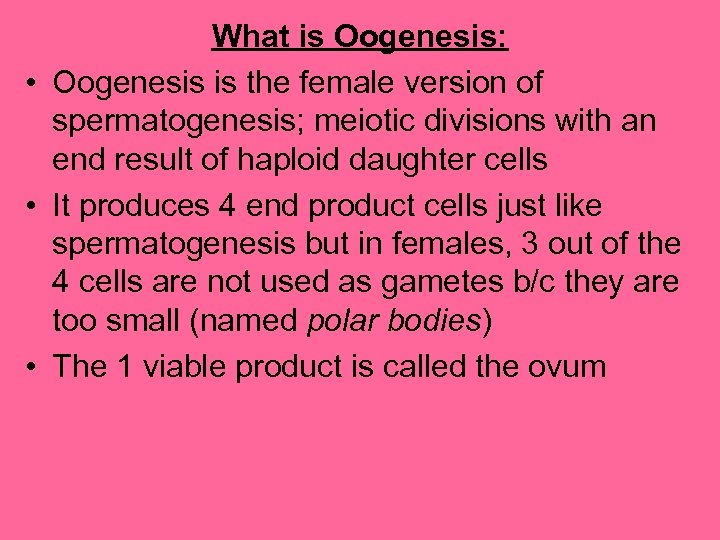 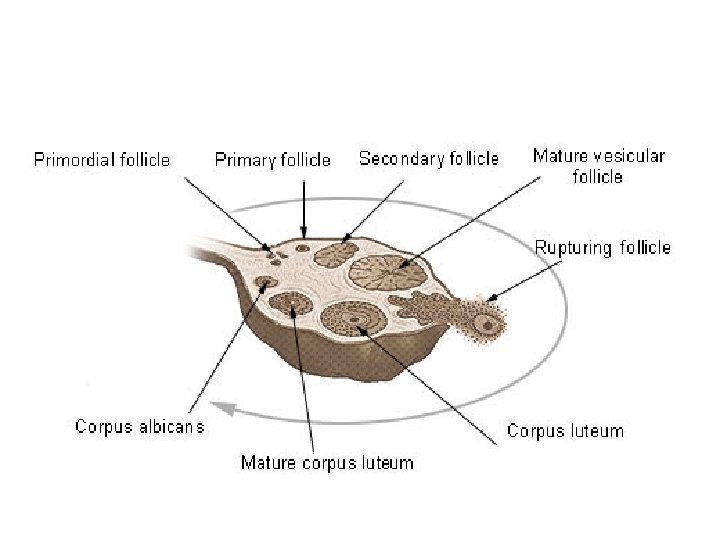 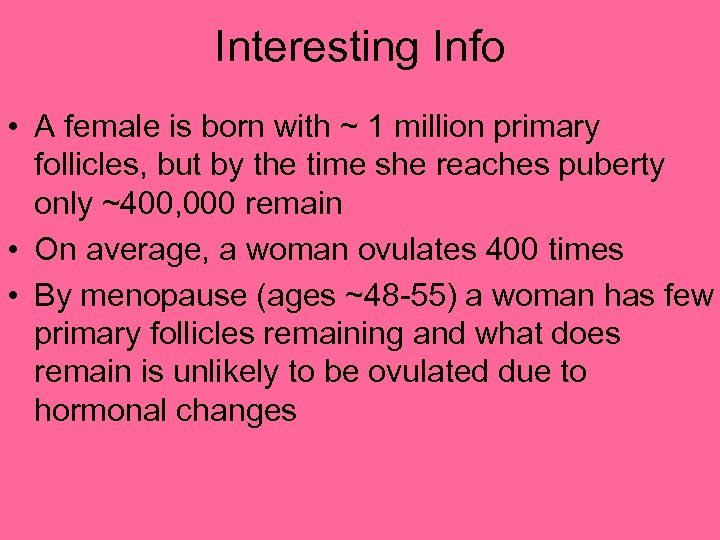 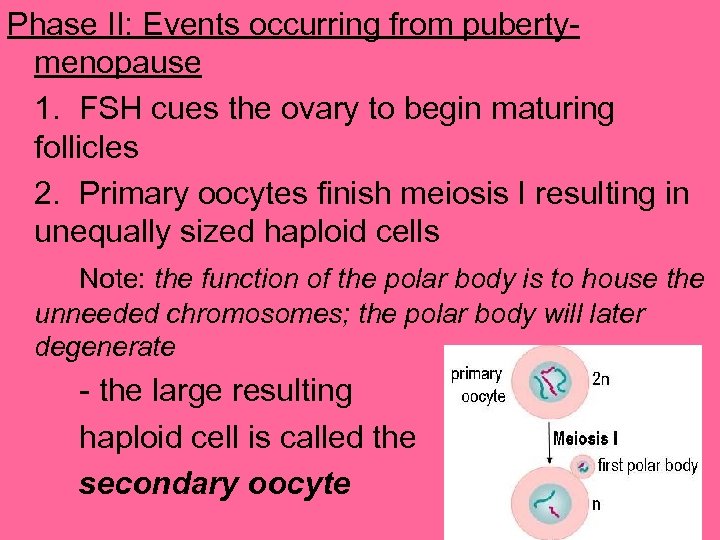 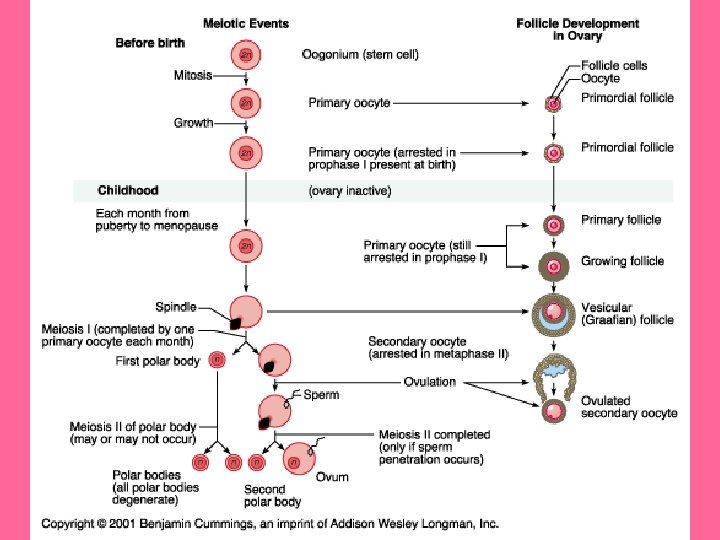 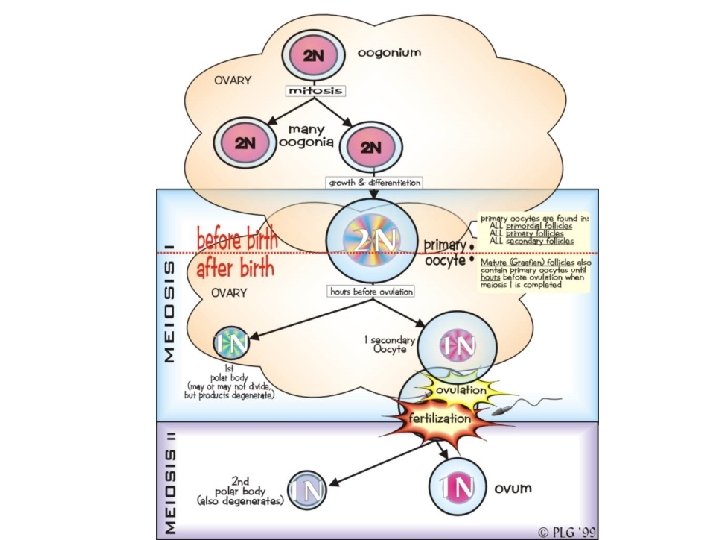 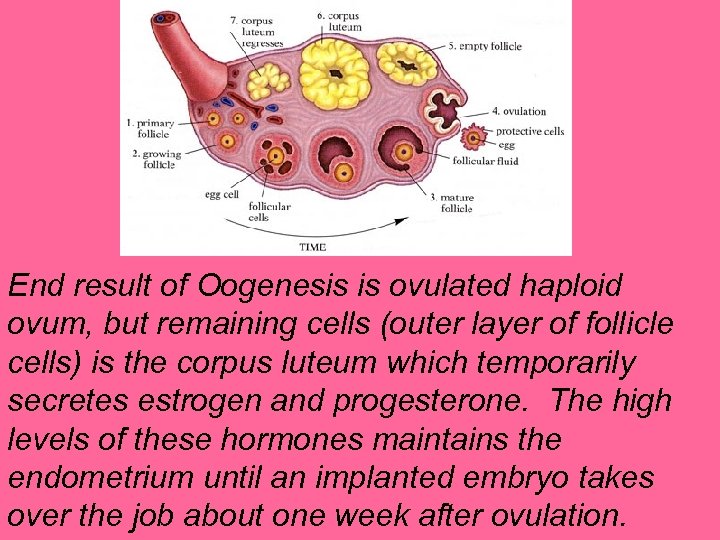 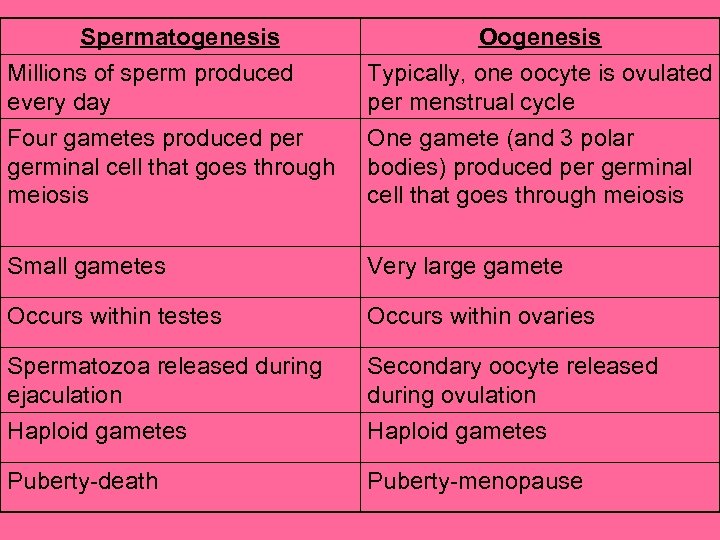 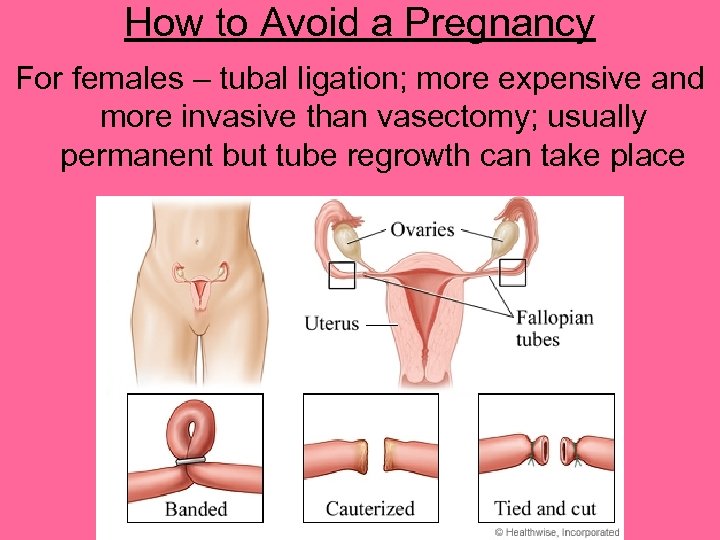 What is Oogenesis: • Oogenesis is the female version of spermatogenesis; meiotic divisions with an end result of haploid daughter cells • It produces 4 end product cells just like spermatogenesis but in females, 3 out of the 4 cells are not used as gametes b/c they are too small (named polar bodies) • The 1 viable product is called the ovum

Steps during Oogenesis Phase I: Events before birth 1. oogonia in ovaries (formed from germinal epithelium) undergo mitosis repeatedly in order to build up large numbers (diploid) 2. oogonia grow into larger cells called primary oocytes that begin meiosis I but the process stops at prophase I (diploid) 3. follicle cells undergo mitosis repeatedly and then a single layer of these cells surrounds each primary oocyte; entire structure called primary follicle

Interesting Info • A female is born with ~ 1 million primary follicles, but by the time she reaches puberty only ~400, 000 remain • On average, a woman ovulates 400 times • By menopause (ages ~48 -55) a woman has few primary follicles remaining and what does remain is unlikely to be ovulated due to hormonal changes

End result of Oogenesis is ovulated haploid ovum, but remaining cells (outer layer of follicle cells) is the corpus luteum which temporarily secretes estrogen and progesterone. The high levels of these hormones maintains the endometrium until an implanted embryo takes over the job about one week after ovulation.

How to Avoid a Pregnancy For females – tubal ligation; more expensive and more invasive than vasectomy; usually permanent but tube regrowth can take place