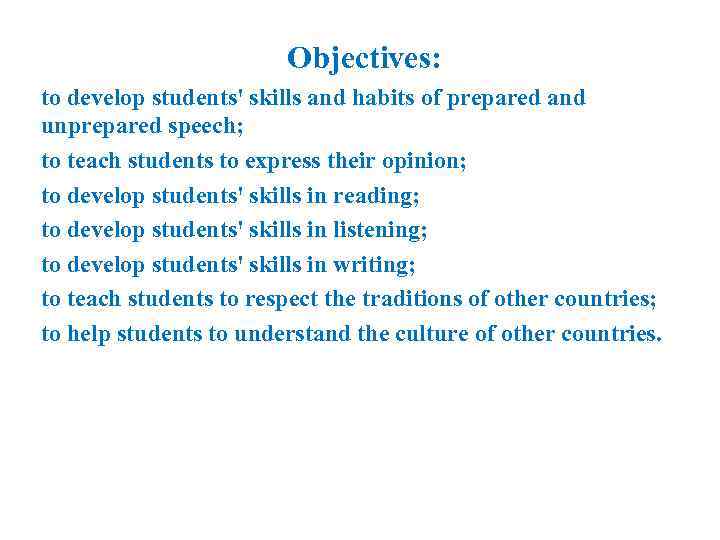 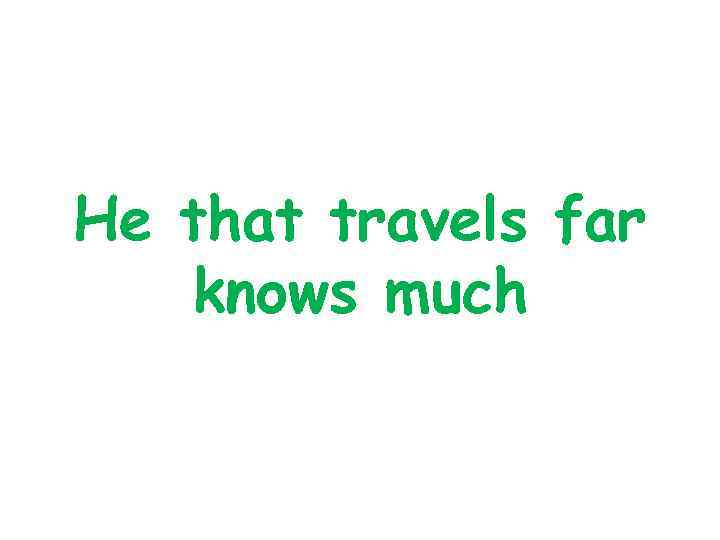 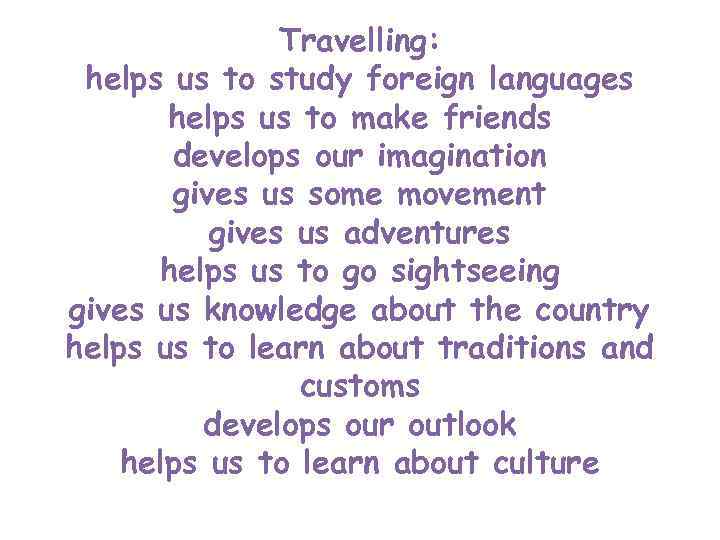 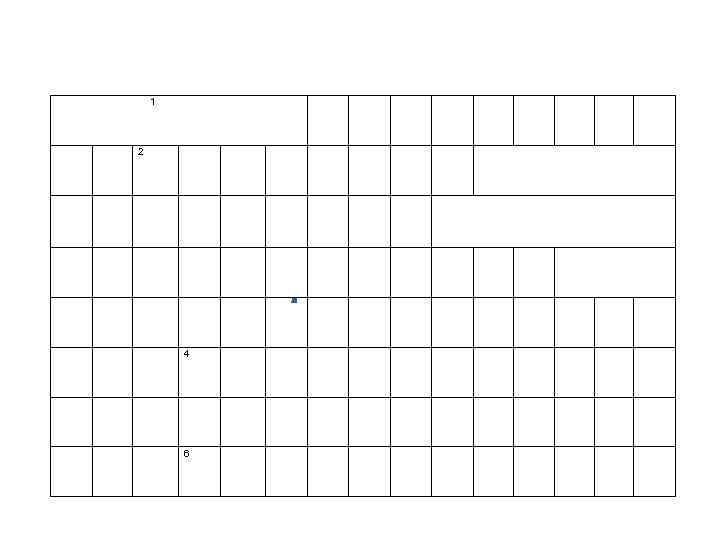 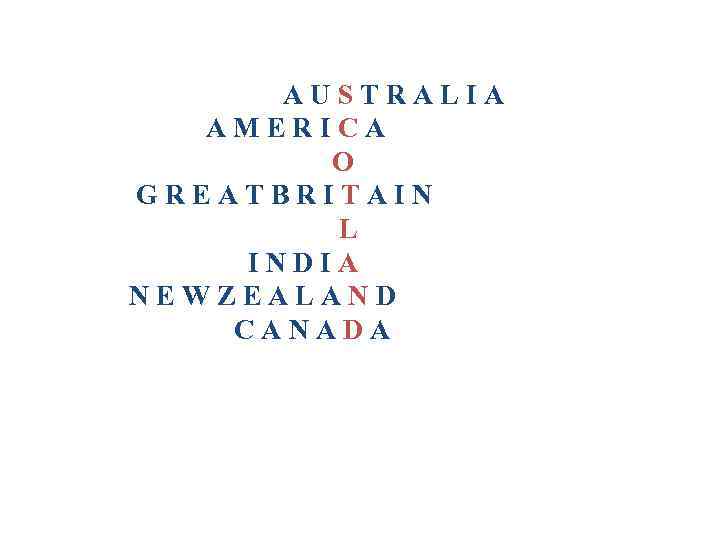 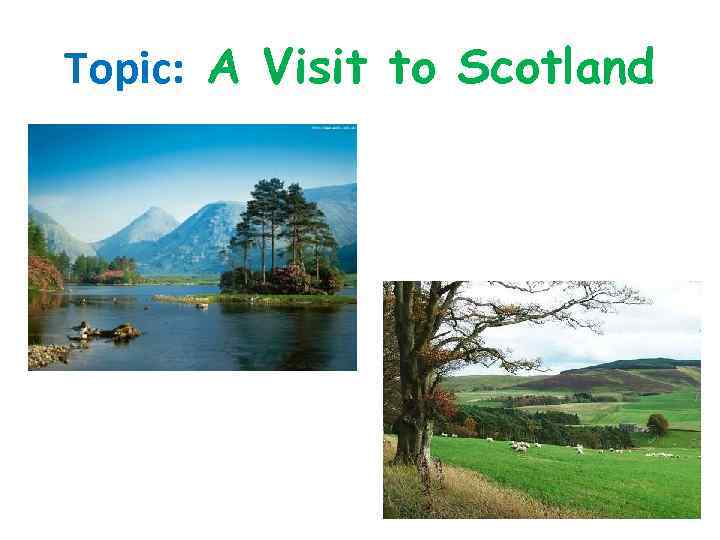 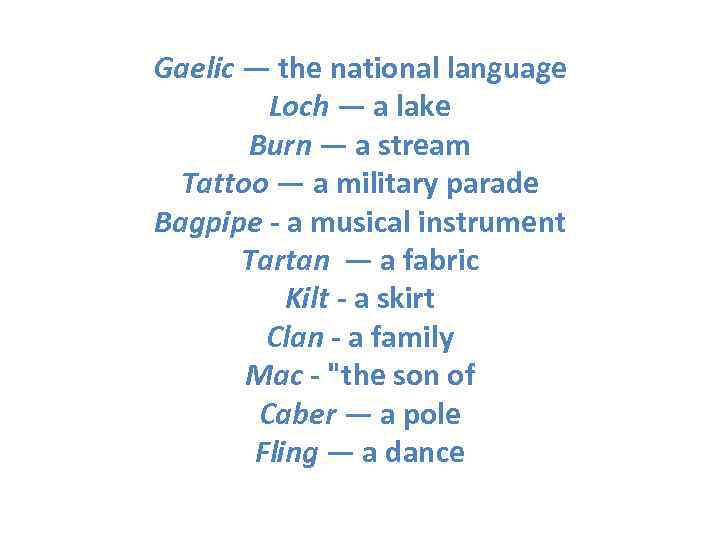 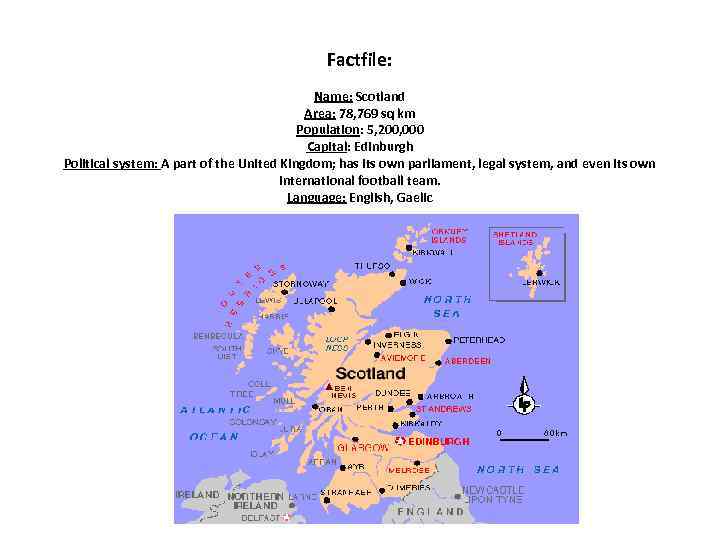 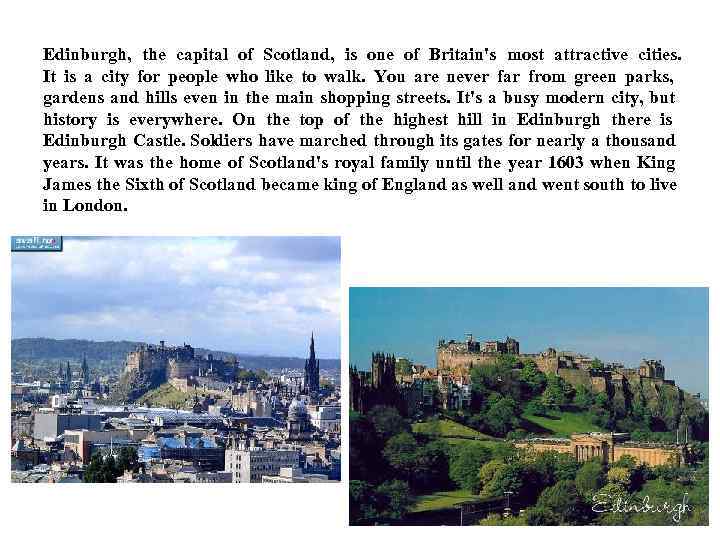 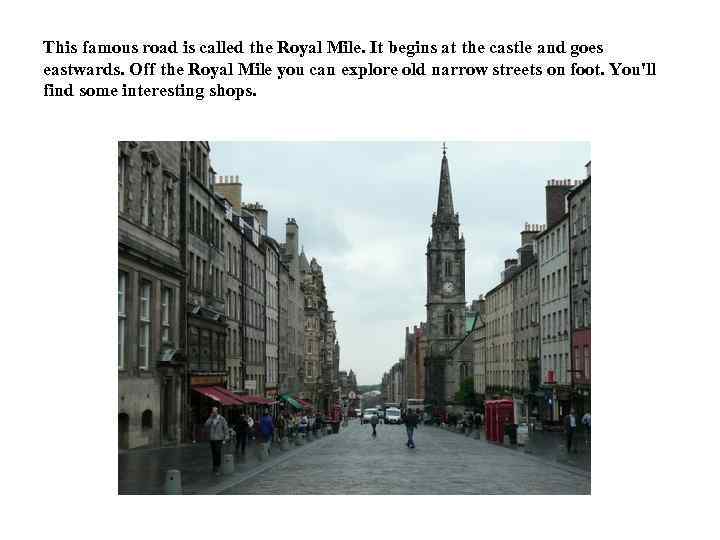 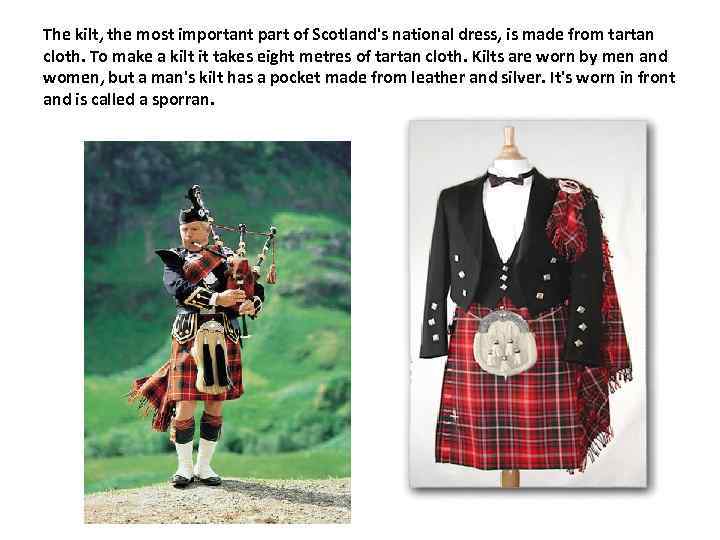 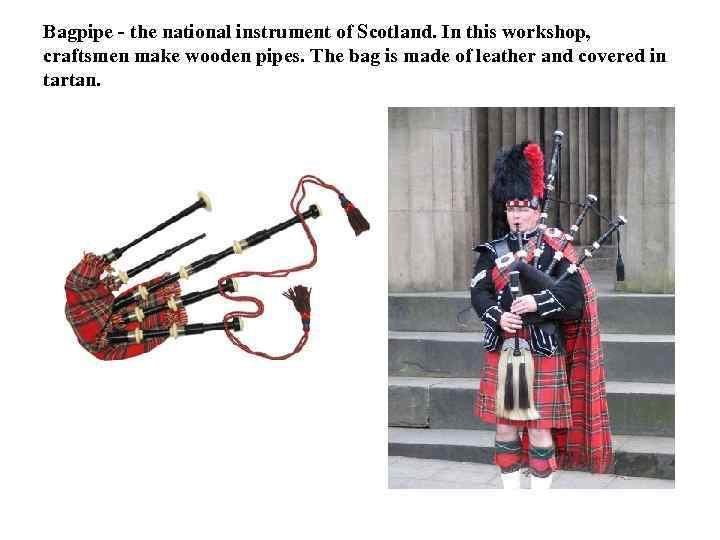 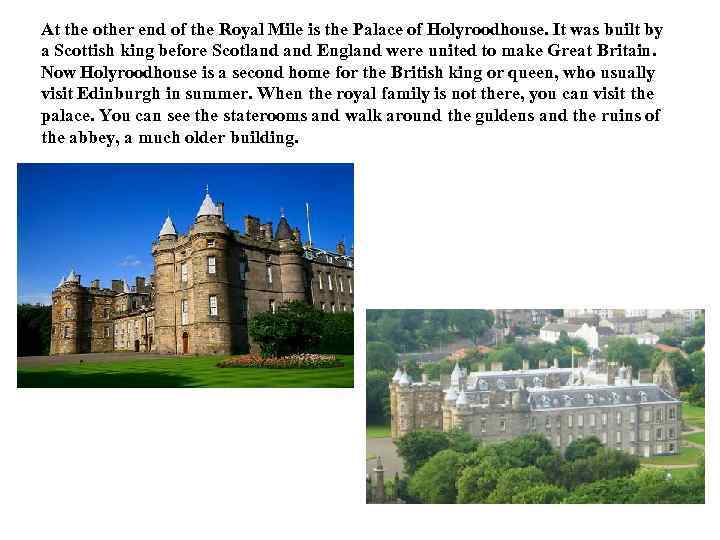 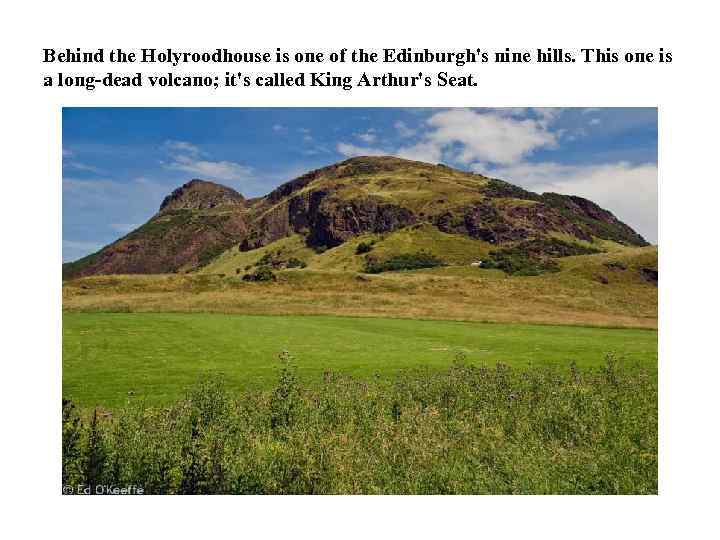 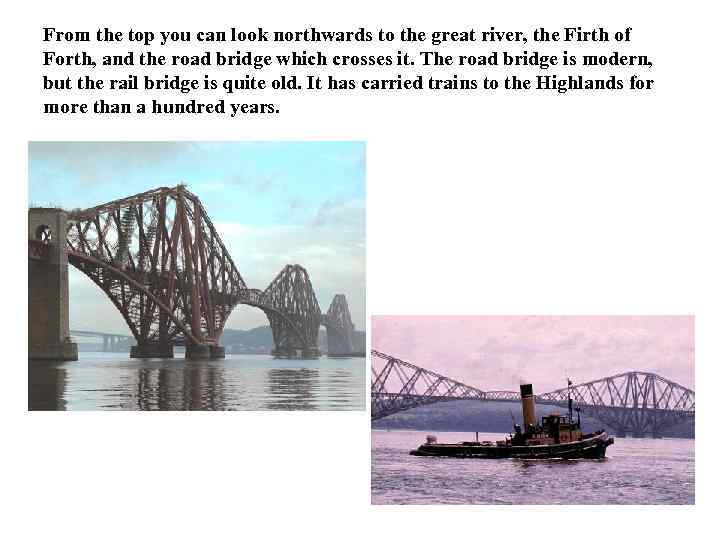 He that travels far knows much

Topic: A Visit to Scotland

Factfile: Name: Scotland Area: 78, 769 sq km Population: 5, 200, 000 Capital: Edinburgh Political system: A part of the United Kingdom; has its own parliament, legal system, and even its own international football team. Language: English, Gaelic

Edinburgh, the capital of Scotland, is one of Britain's most attractive cities. It is a city for people who like to walk. You are never far from green parks, gardens and hills even in the main shopping streets. It's a busy modern city, but history is everywhere. On the top of the highest hill in Edinburgh there is Edinburgh Castle. Soldiers have marched through its gates for nearly a thousand years. It was the home of Scotland's royal family until the year 1603 when King James the Sixth of Scotland became king of England as well and went south to live in London.

This famous road is called the Royal Mile. It begins at the castle and goes eastwards. Off the Royal Mile you can explore old narrow streets on foot. You'll find some interesting shops.

The kilt, the most important part of Scotland's national dress, is made from tartan cloth. To make a kilt it takes eight metres of tartan cloth. Kilts are worn by men and women, but a man's kilt has a pocket made from leather and silver. It's worn in front and is called a sporran.

Bagpipe - the national instrument of Scotland. In this workshop, craftsmen make wooden pipes. The bag is made of leather and covered in tartan.

At the other end of the Royal Mile is the Palace of Holyroodhouse. It was built by a Scottish king before Scotland England were united to make Great Britain. Now Holyroodhouse is a second home for the British king or queen, who usually visit Edinburgh in summer. When the royal family is not there, you can visit the palace. You can see the staterooms and walk around the guldens and the ruins of the abbey, a much older building.

Behind the Holyroodhouse is one of the Edinburgh's nine hills. This one is a long-dead volcano; it's called King Arthur's Seat.

From the top you can look northwards to the great river, the Firth of Forth, and the road bridge which crosses it. The road bridge is modern, but the rail bridge is quite old. It has carried trains to the Highlands for more than a hundred years.