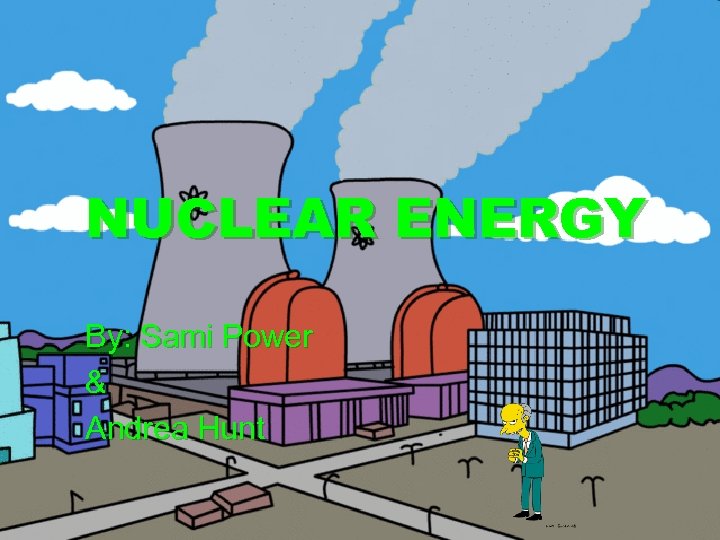 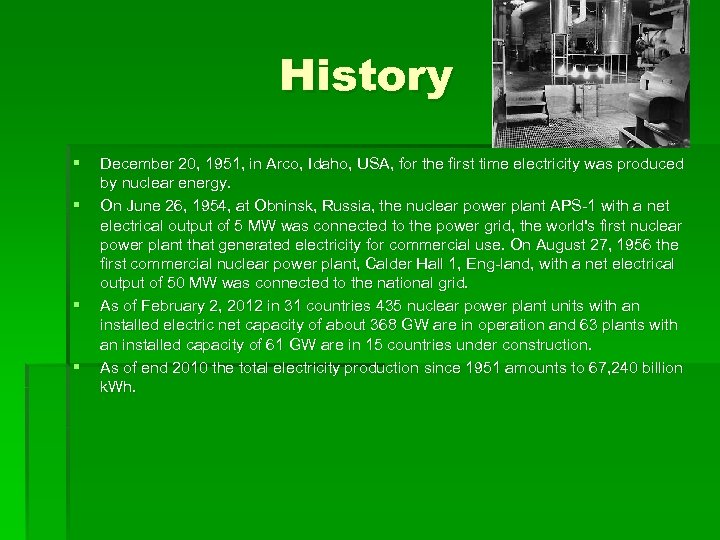 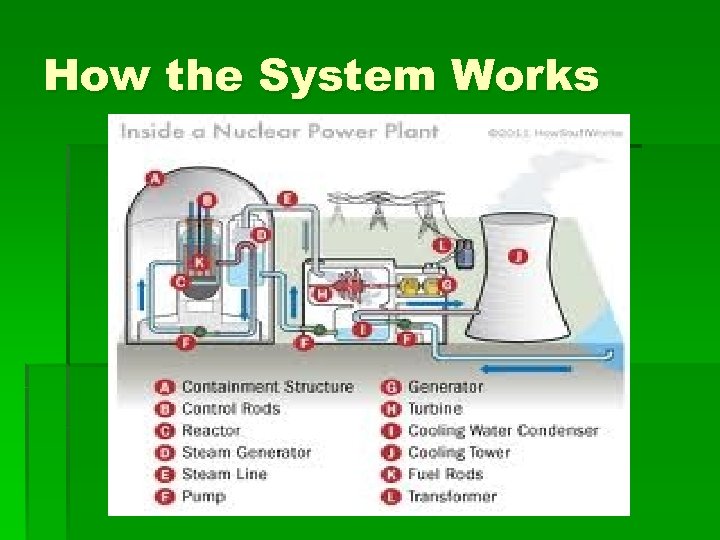 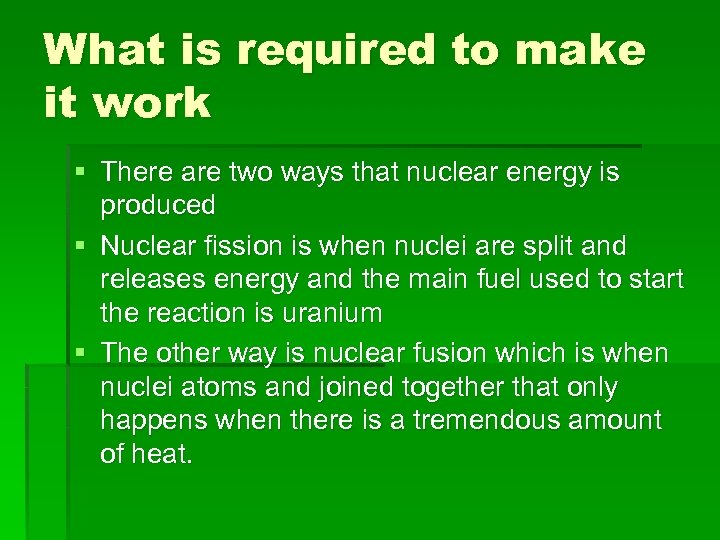 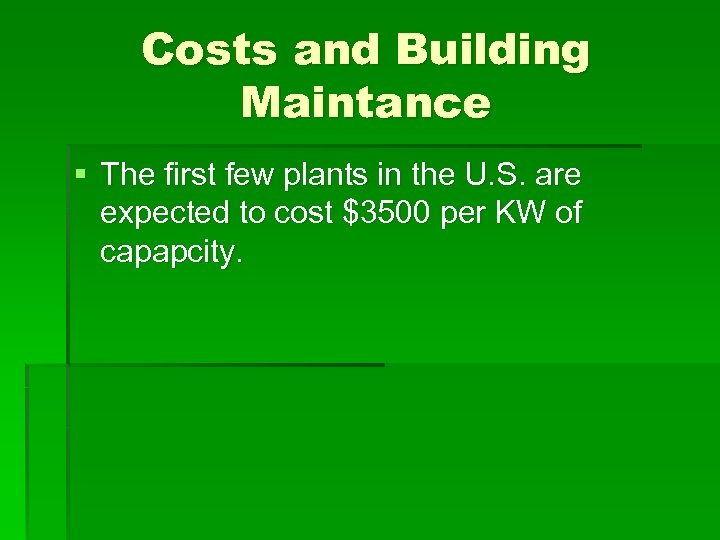 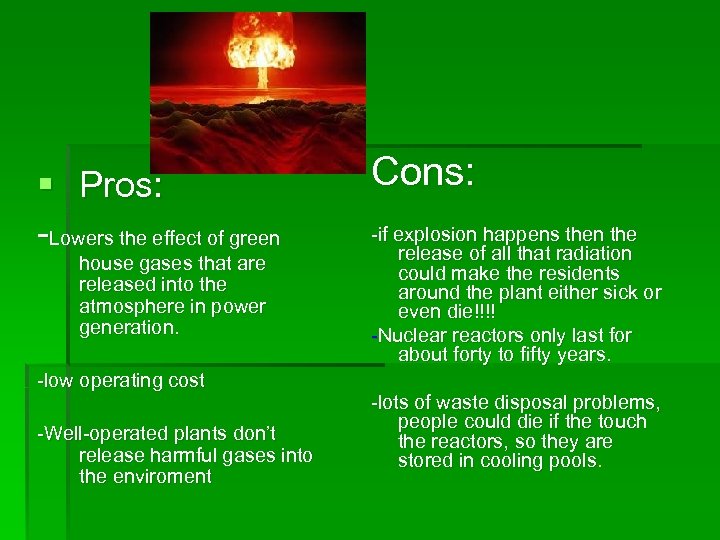 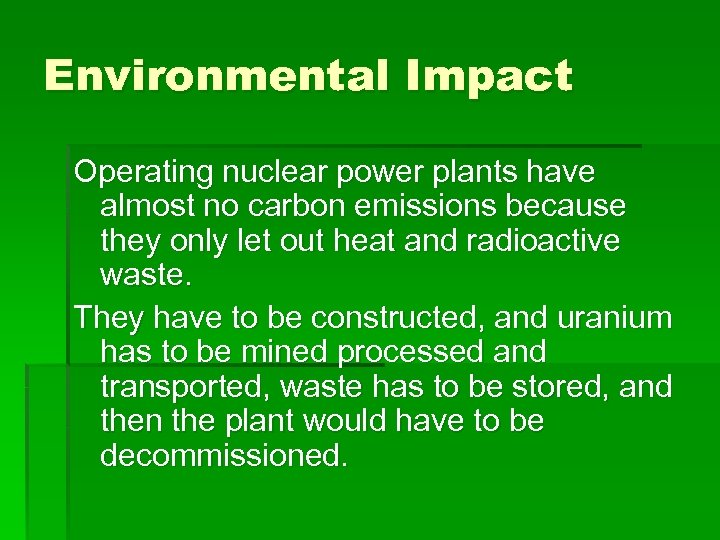 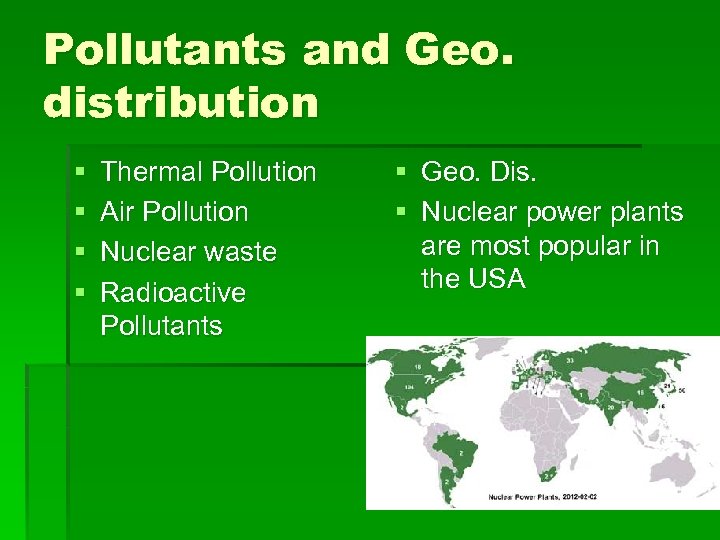 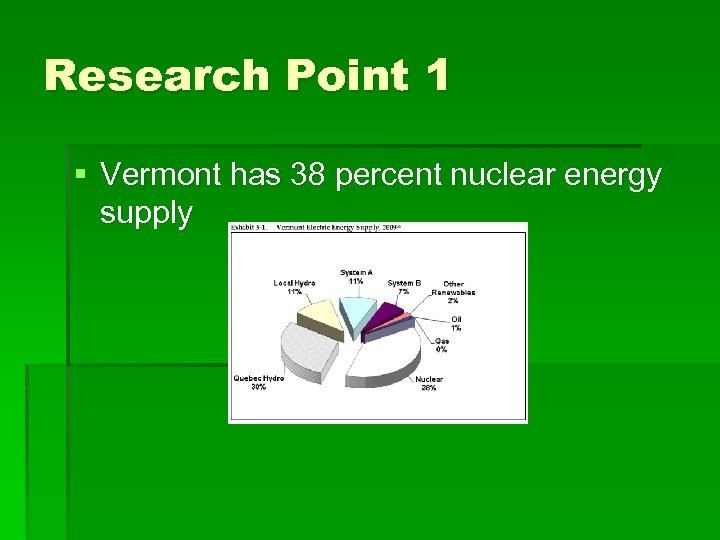 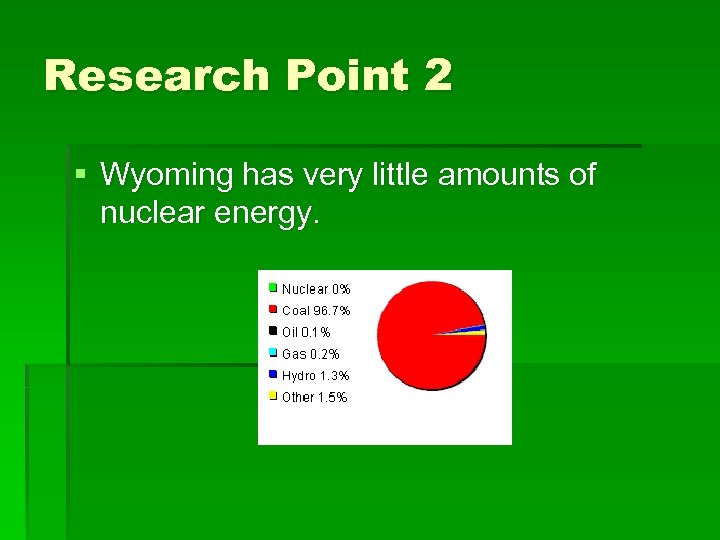 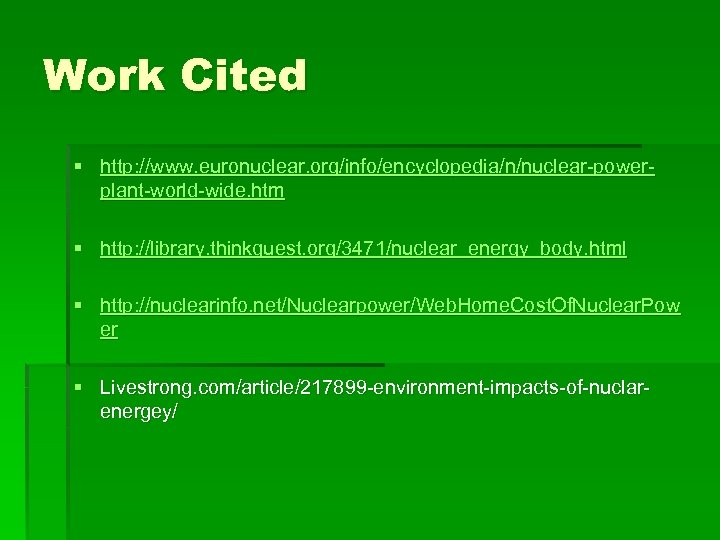 How the System Works

What is required to make it work § There are two ways that nuclear energy is produced § Nuclear fission is when nuclei are split and releases energy and the main fuel used to start the reaction is uranium § The other way is nuclear fusion which is when nuclei atoms and joined together that only happens when there is a tremendous amount of heat.

Costs and Building Maintance § The first few plants in the U. S. are expected to cost $3500 per KW of capapcity.

§ Pros: -Lowers the effect of green house gases that are released into the atmosphere in power generation. -low operating cost -Well-operated plants don’t release harmful gases into the enviroment Cons: -if explosion happens then the release of all that radiation could make the residents around the plant either sick or even die!!!! -Nuclear reactors only last for about forty to fifty years. -lots of waste disposal problems, people could die if the touch the reactors, so they are stored in cooling pools.

Environmental Impact Operating nuclear power plants have almost no carbon emissions because they only let out heat and radioactive waste. They have to be constructed, and uranium has to be mined processed and transported, waste has to be stored, and then the plant would have to be decommissioned.