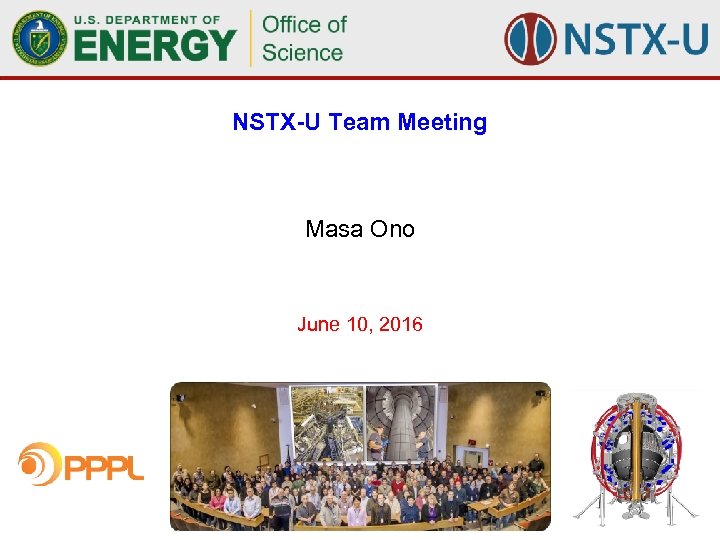 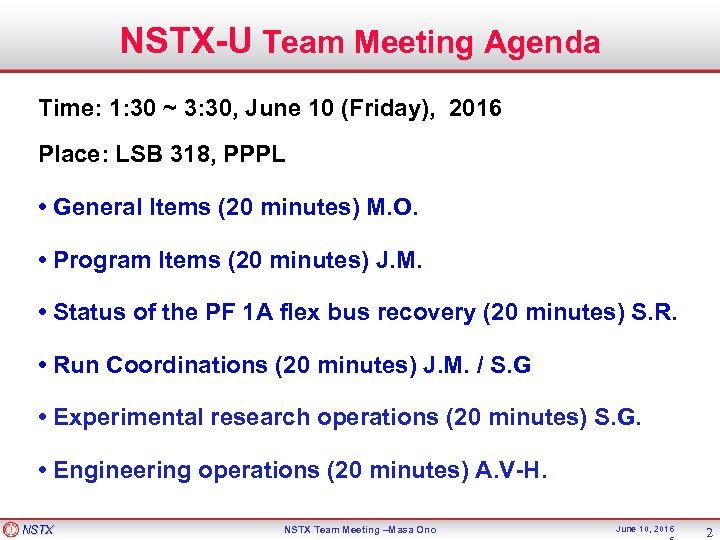 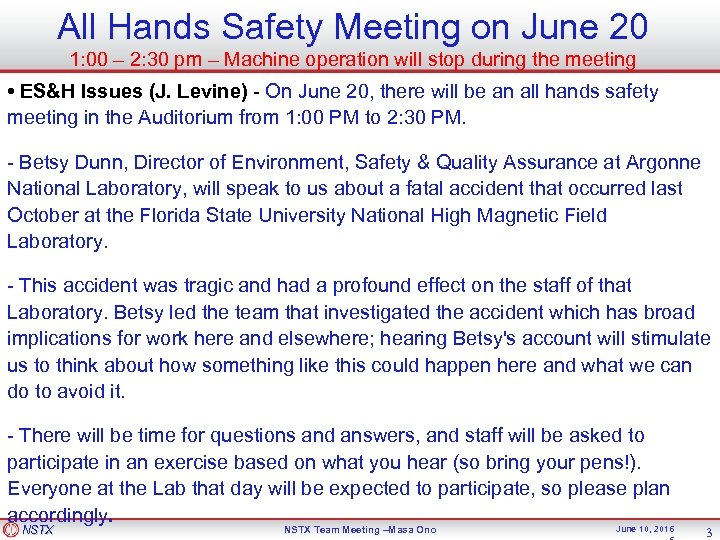 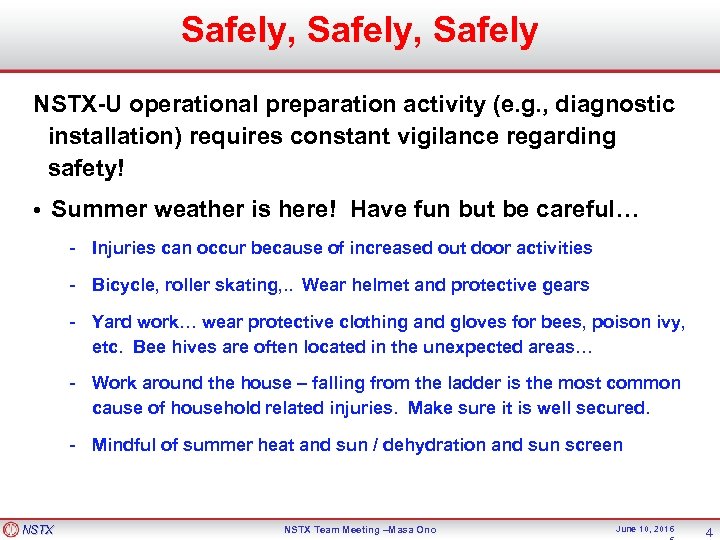 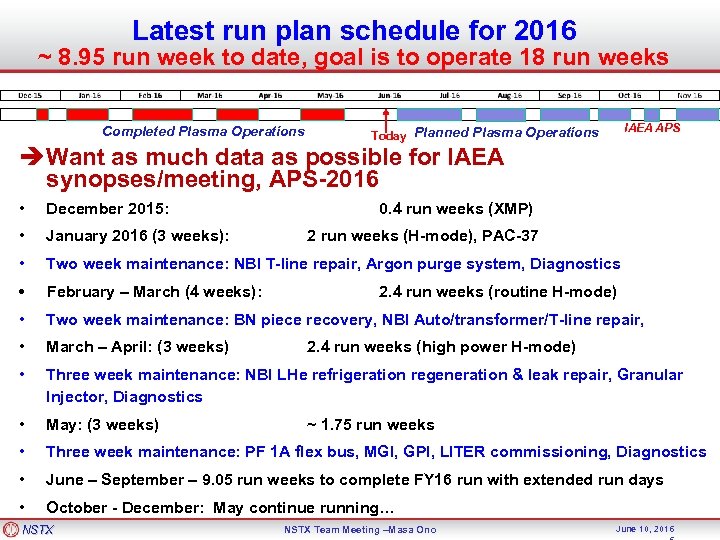 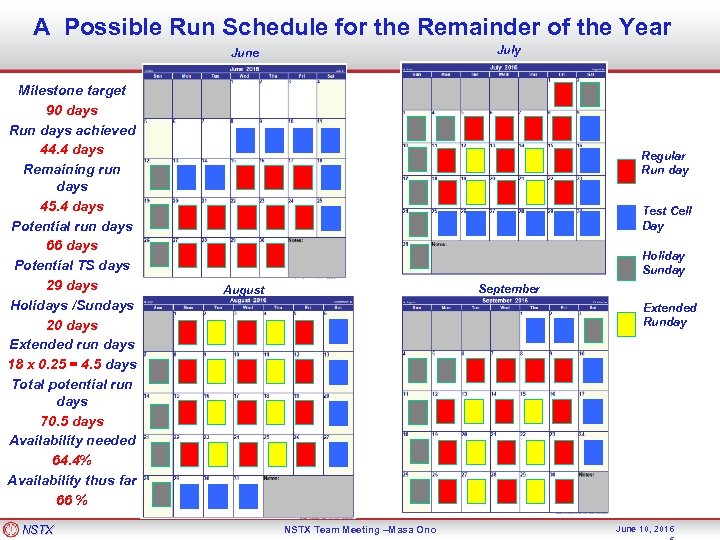 All Hands Safety Meeting on June 20 1: 00 – 2: 30 pm – Machine operation will stop during the meeting • ES&H Issues (J. Levine) - On June 20, there will be an all hands safety meeting in the Auditorium from 1: 00 PM to 2: 30 PM. - Betsy Dunn, Director of Environment, Safety & Quality Assurance at Argonne National Laboratory, will speak to us about a fatal accident that occurred last October at the Florida State University National High Magnetic Field Laboratory. - This accident was tragic and had a profound effect on the staff of that Laboratory. Betsy led the team that investigated the accident which has broad implications for work here and elsewhere; hearing Betsy's account will stimulate us to think about how something like this could happen here and what we can do to avoid it. - There will be time for questions and answers, and staff will be asked to participate in an exercise based on what you hear (so bring your pens!). Everyone at the Lab that day will be expected to participate, so please plan accordingly. NSTX Team Meeting –Masa Ono June 10, 2016 3