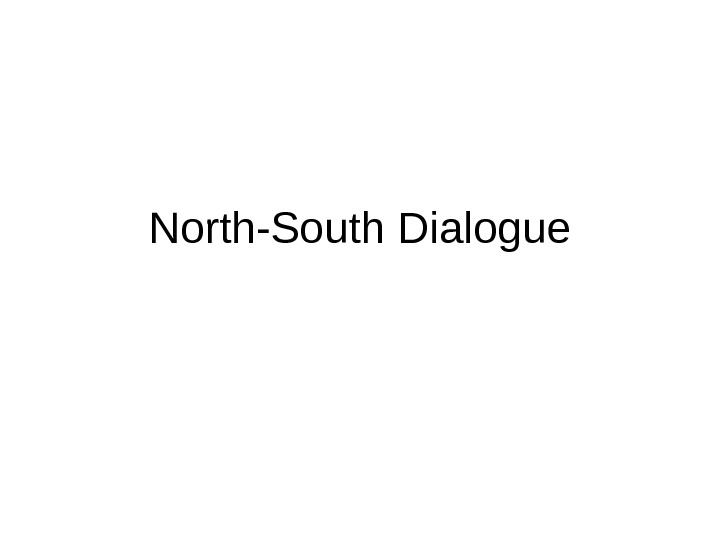 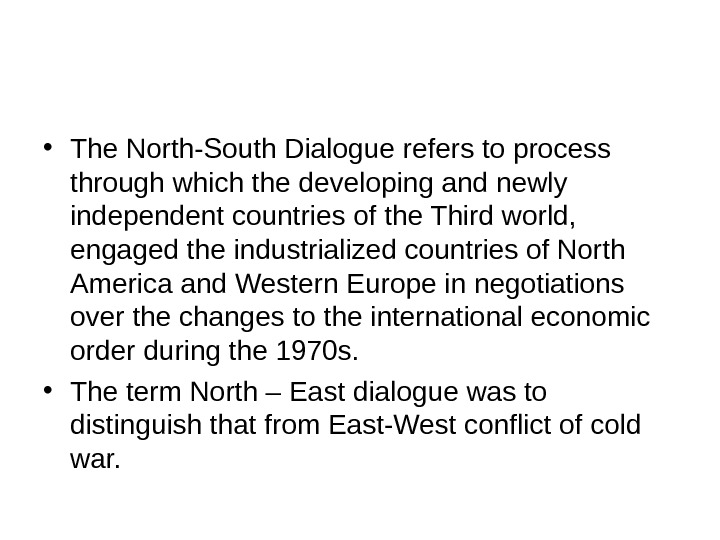 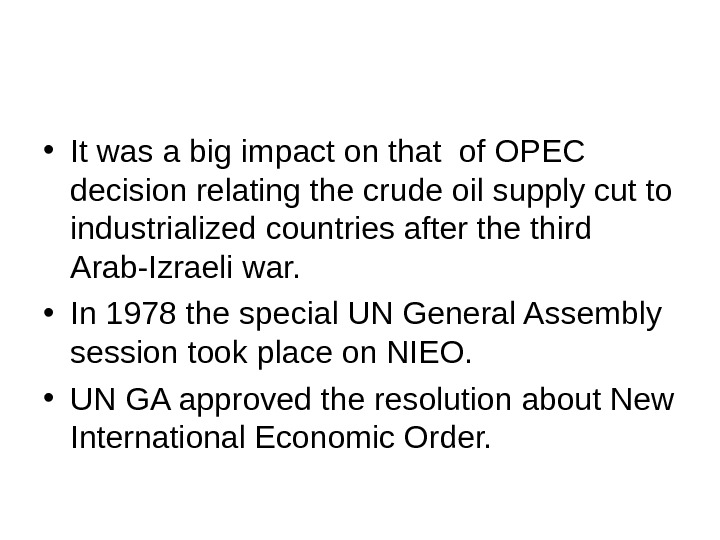 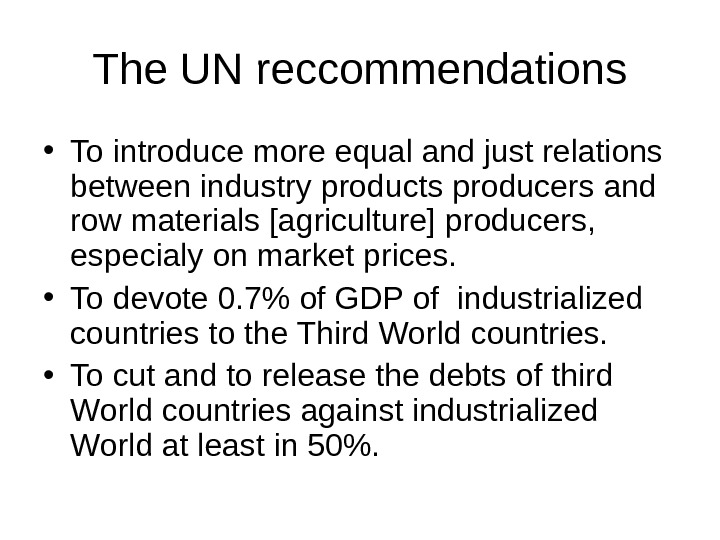 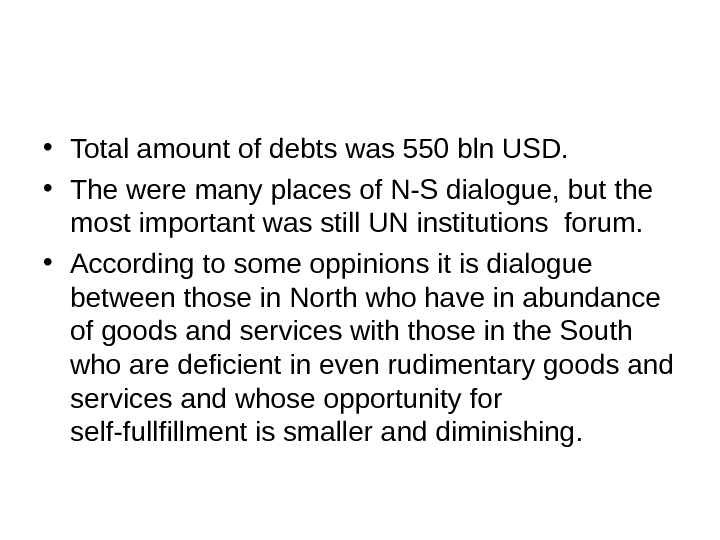 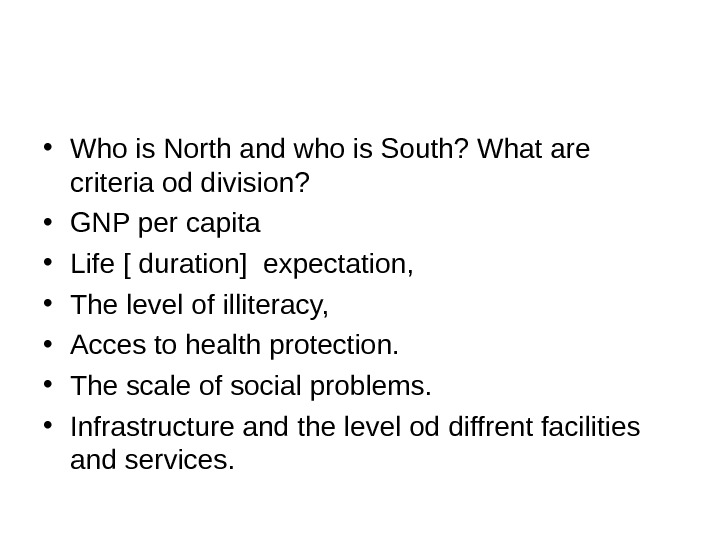 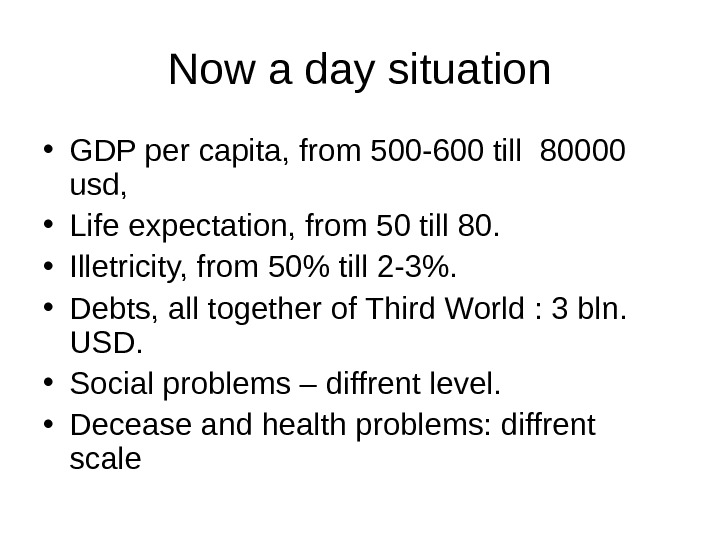 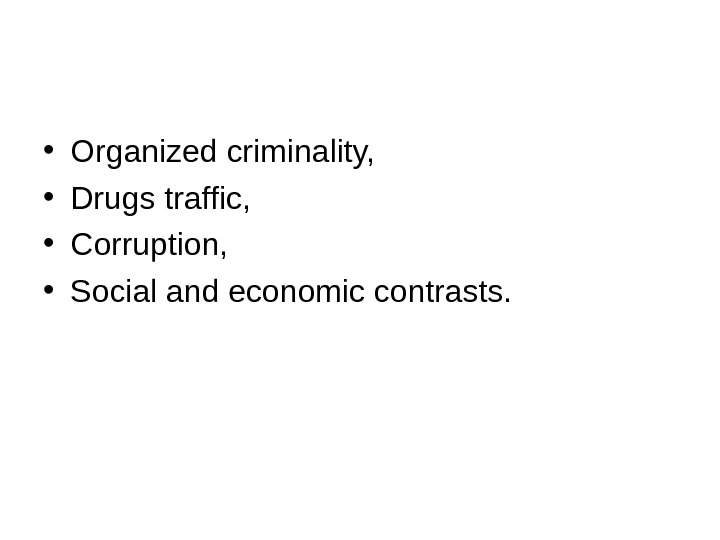 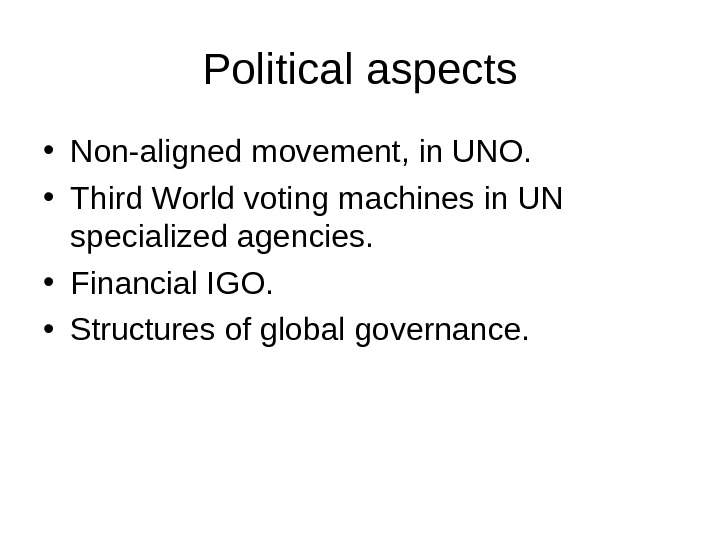 • The North-South Dialogue refers to process through which the developing and newly independent countries of the Third world, engaged the industrialized countries of North America and Western Europe in negotiations over the changes to the international economic order during the 1970 s. • The term North – East dialogue was to distinguish that from East-West conflict of cold war.

• It was a big impact on that of OPEC decision relating the crude oil supply cut to industrialized countries after the third Arab-Izraeli war. • In 1978 the special UN General Assembly session took place on NIEO. • UN GA approved the resolution about New International Economic Order.

• Total amount of debts was 550 bln USD. • The were many places of N-S dialogue, but the most important was still UN institutions forum. • According to some oppinions it is dialogue between those in North who have in abundance of goods and services with those in the South who are deficient in even rudimentary goods and services and whose opportunity for self-fullfillment is smaller and diminishing.

• Who is North and who is South? What are criteria od division? • GNP per capita • Life [ duration] expectation, • The level of illiteracy, • Acces to health protection. • The scale of social problems. • Infrastructure and the level od diffrent facilities and services.