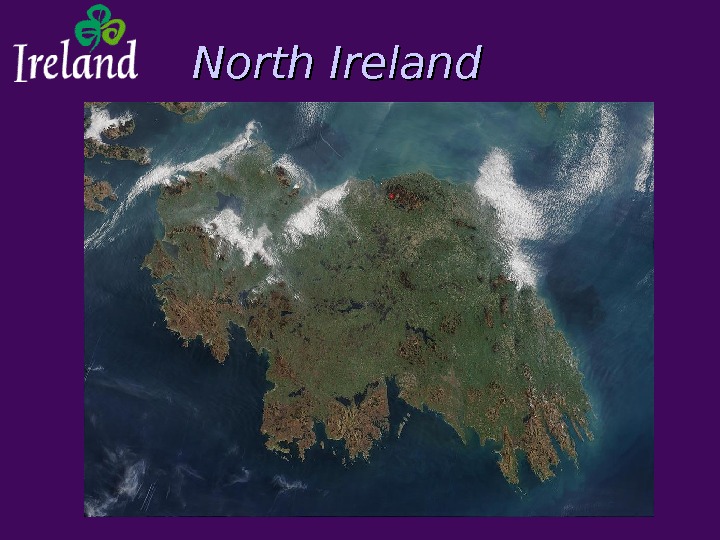 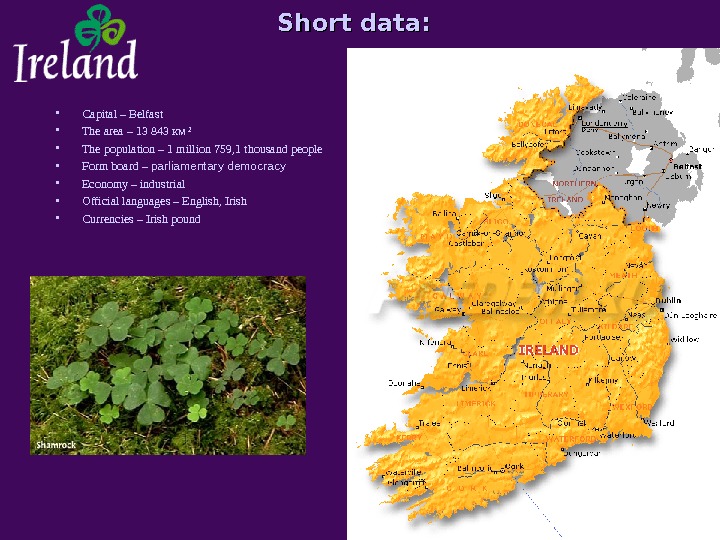 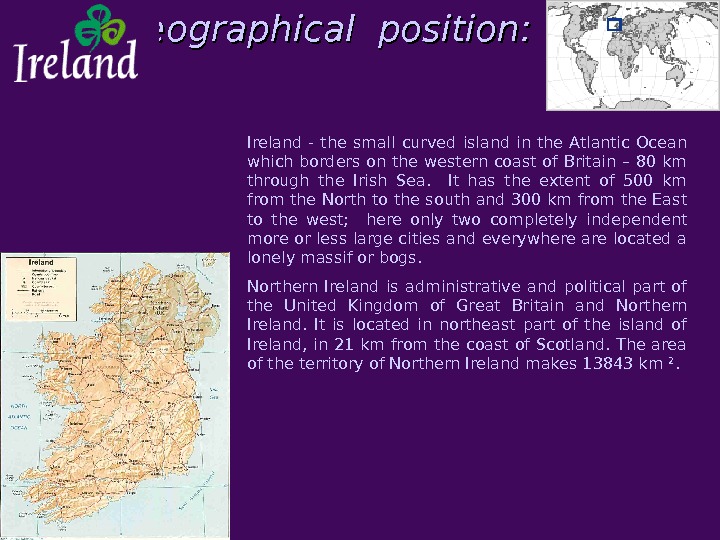 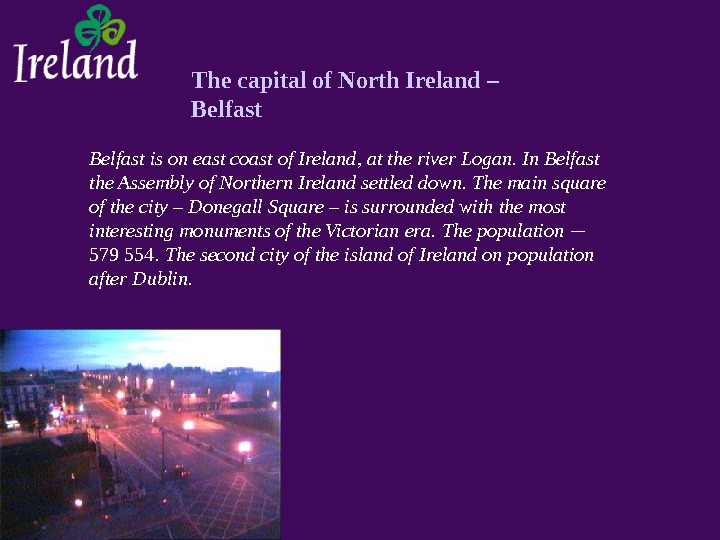 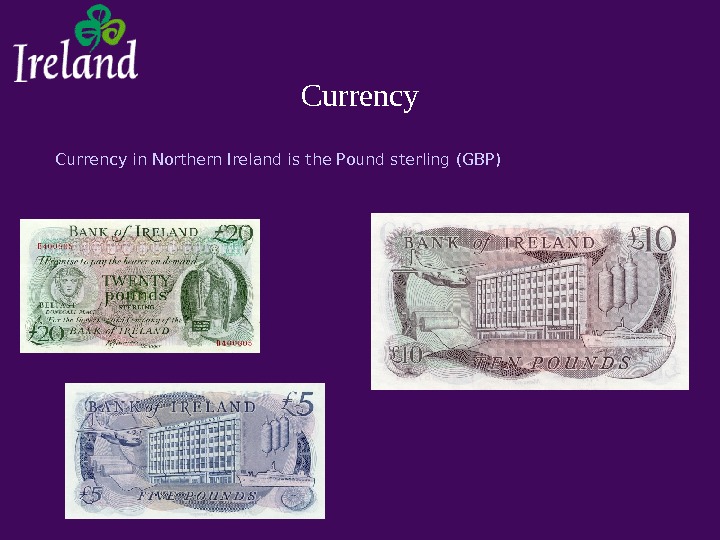 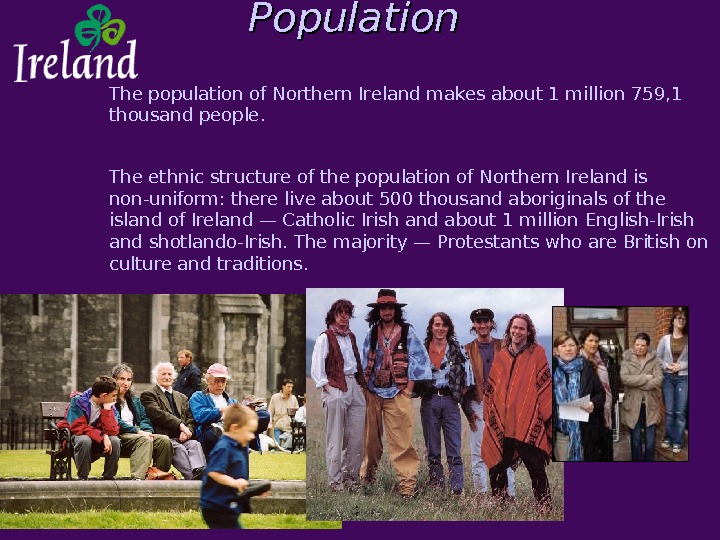 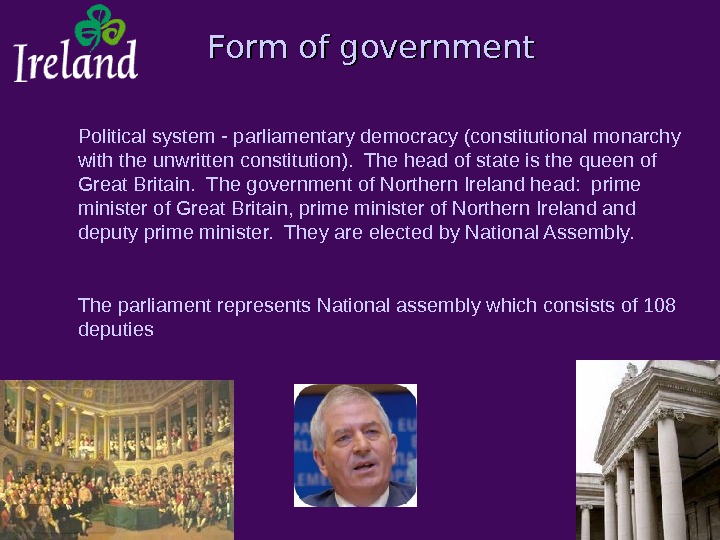 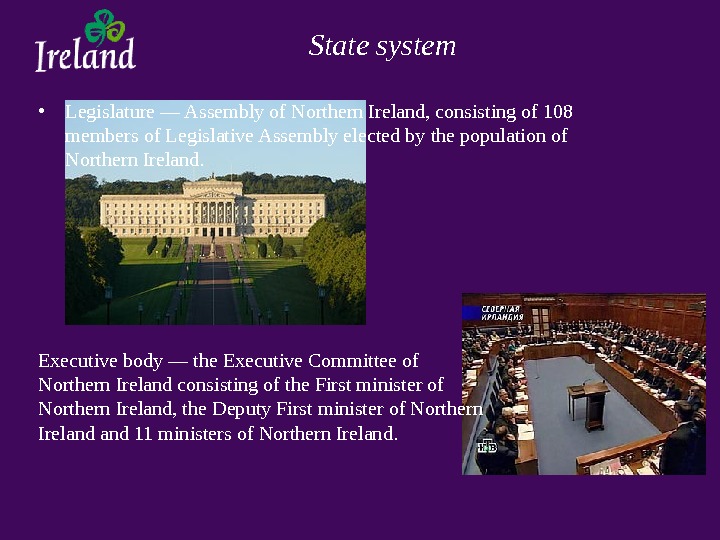 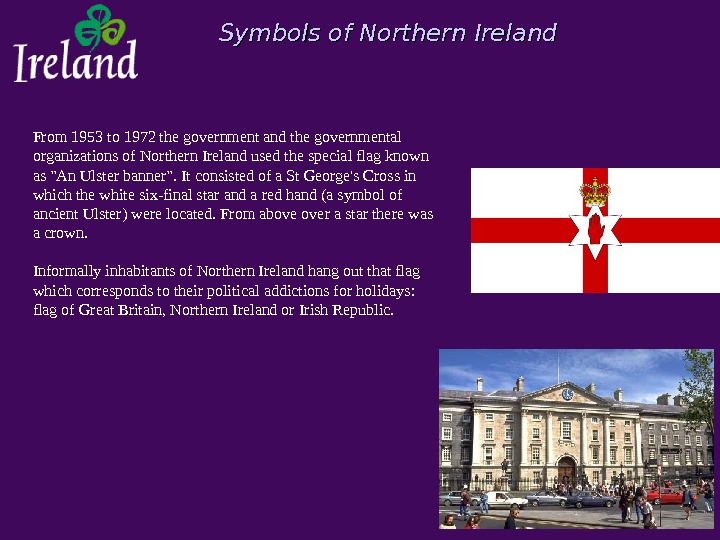 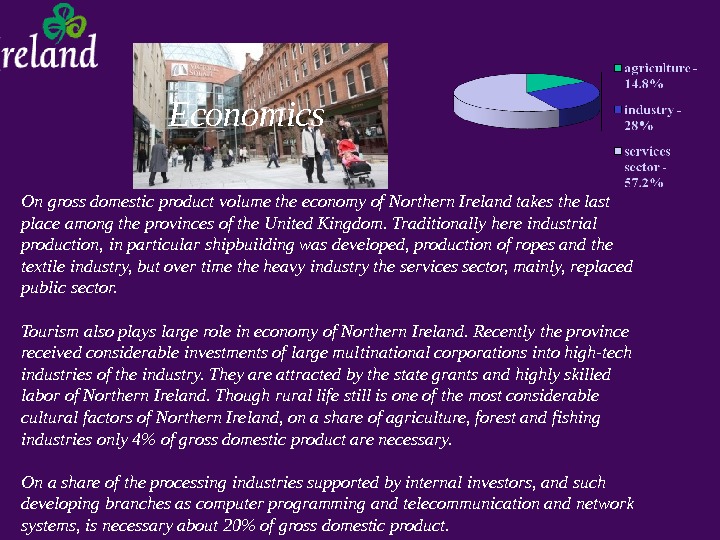 Geographical position: Ireland — the small curved island in the Atlantic Ocean which borders on the western coast of Britain – 80 km through the Irish Sea. It has the extent of 500 km from the North to the south and 300 km from the East to the west; here only two completely independent more or less large cities and everywhere are located a lonely massif or bogs. Northern Ireland is administrative and political part of the United Kingdom of Great Britain and Northern Ireland. It is located in northeast part of the island of Ireland, in 21 km from the coast of Scotland. The area of the territory of Northern Ireland makes 13843 km ².

The capital of North Ireland – Belfast is on east coast of Ireland, at the river Logan. In Belfast the Assembly of Northern Ireland settled down. The main square of the city – Donegall Square – is surrounded with the most interesting monuments of the Victorian era. The population — 579 554. The second city of the island of Ireland on population after Dublin.

Currency in Northern Ireland is the Pound sterling (GBP)

Languages and religions In Northern Ireland the only official language is English. The majority of inhabitants of the Republic of Ireland (95%) are parishioners of Catholic church, 2, 8% belong to Anglican church, 0, 4% — presviterianets, 0, 2% — methodologists, 0, 1% — Jews. In the Republic the freedom of worship is observed. Between Catholic and Protestant communities political and religious opposition remains.

Economics On gross domestic product volume the economy of Northern Ireland takes the last place among the provinces of the United Kingdom. Traditionally here industrial production, in particular shipbuilding was developed, production of ropes and the textile industry, but over time the heavy industry the services sector, mainly, replaced public sector. Tourism also plays large role in economy of Northern Ireland. Recently the province received considerable investments of large multinational corporations into high-tech industries of the industry. They are attracted by the state grants and highly skilled labor of Northern Ireland. Though rural life still is one of the most considerable cultural factors of Northern Ireland, on a share of agriculture, forest and fishing industries only 4% of gross domestic product are necessary. On a share of the processing industries supported by internal investors, and such developing branches as computer programming and telecommunication and network systems, is necessary about 20% of gross domestic product.