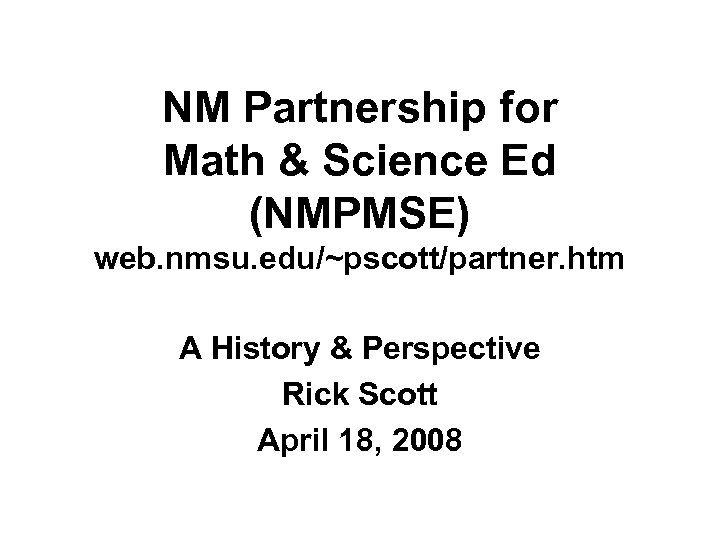 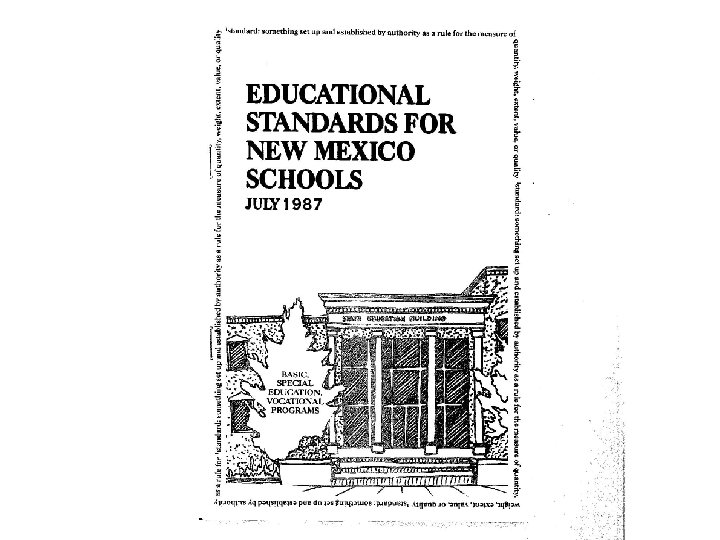 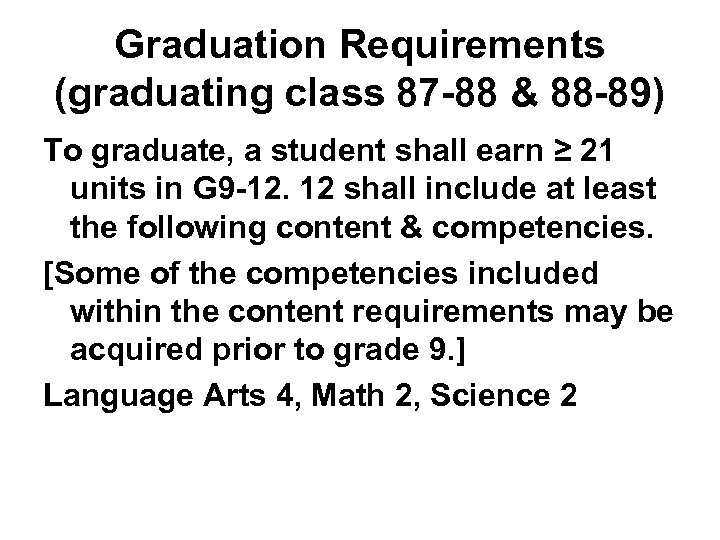 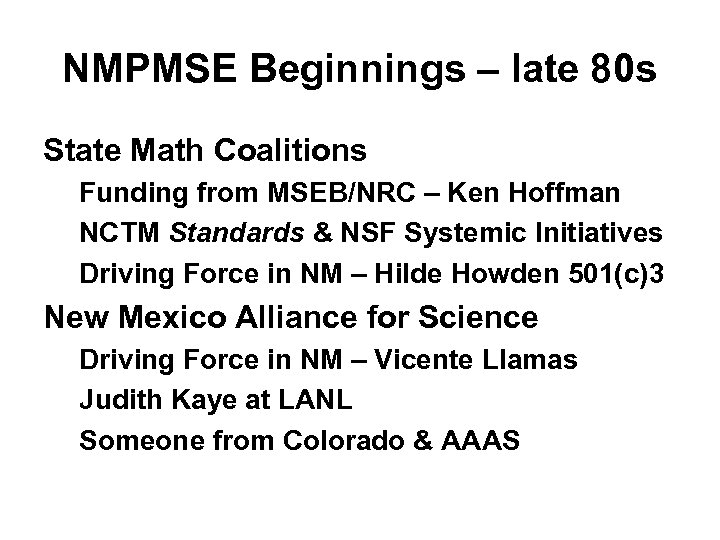 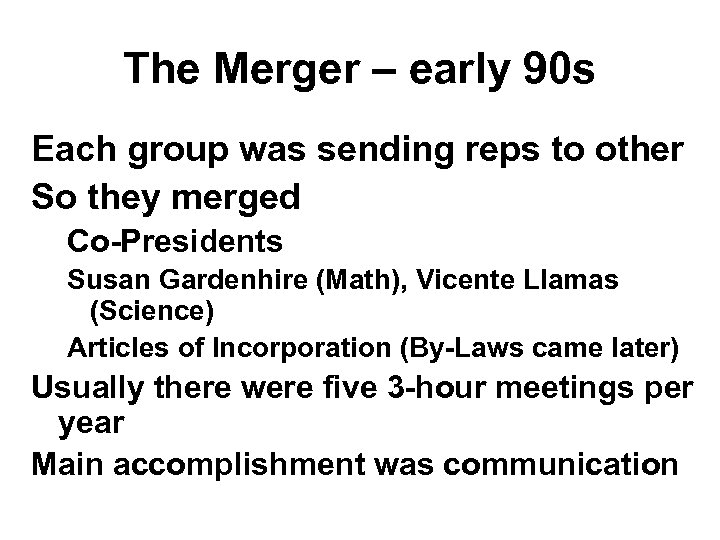 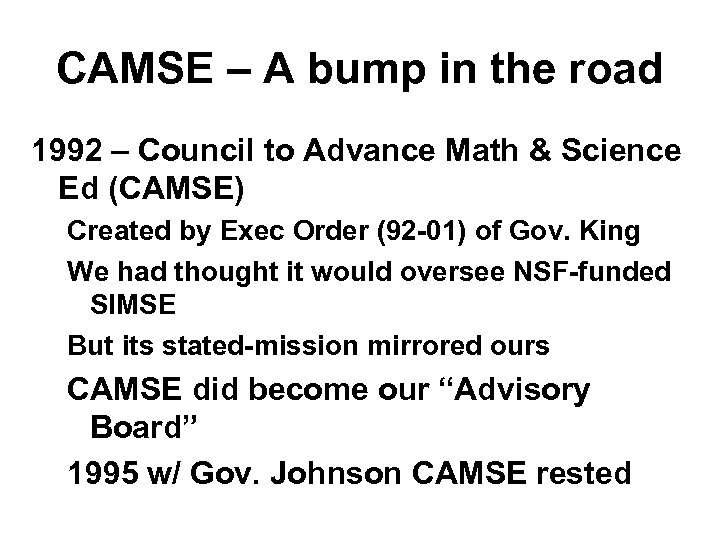 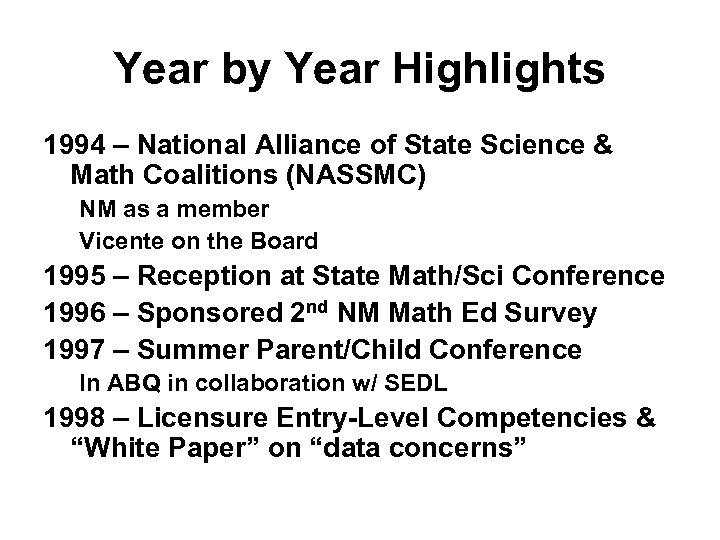 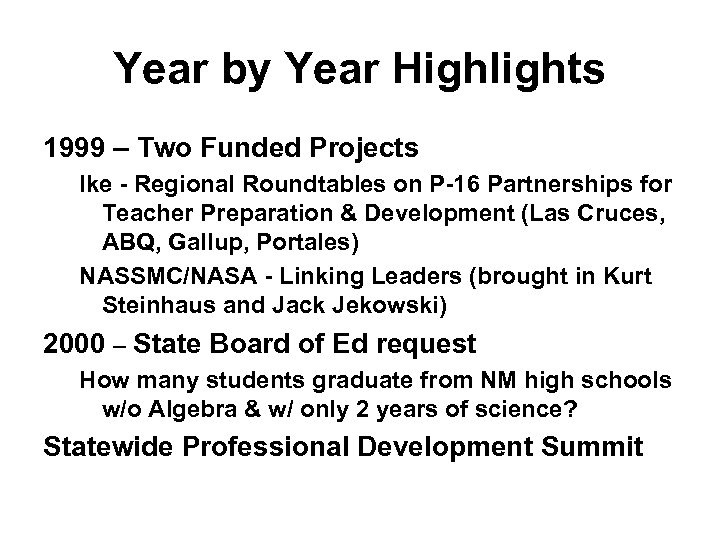 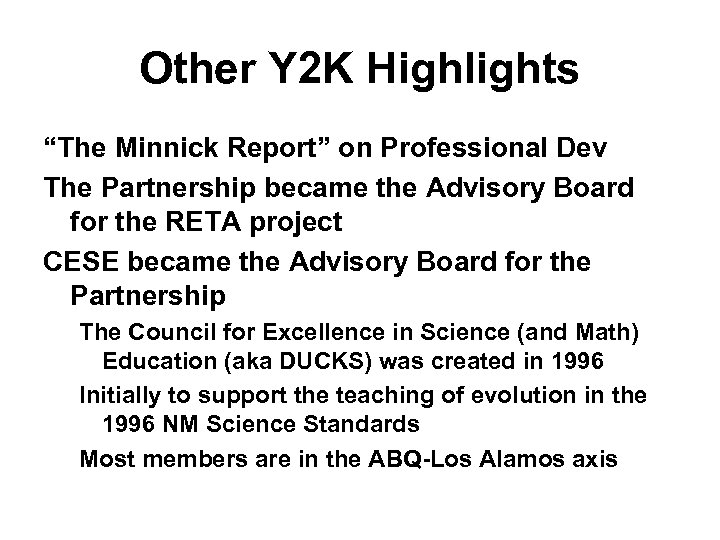 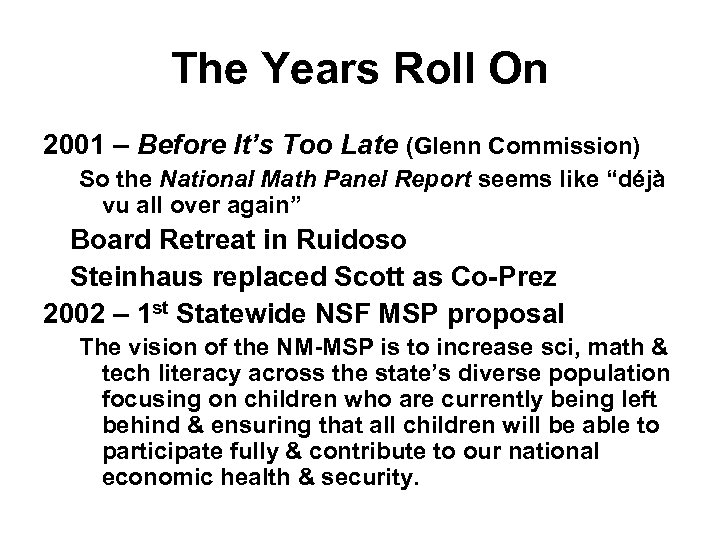 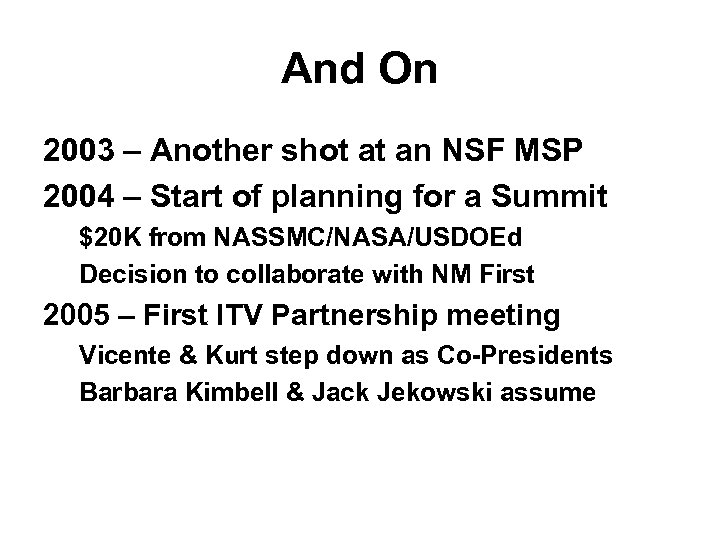 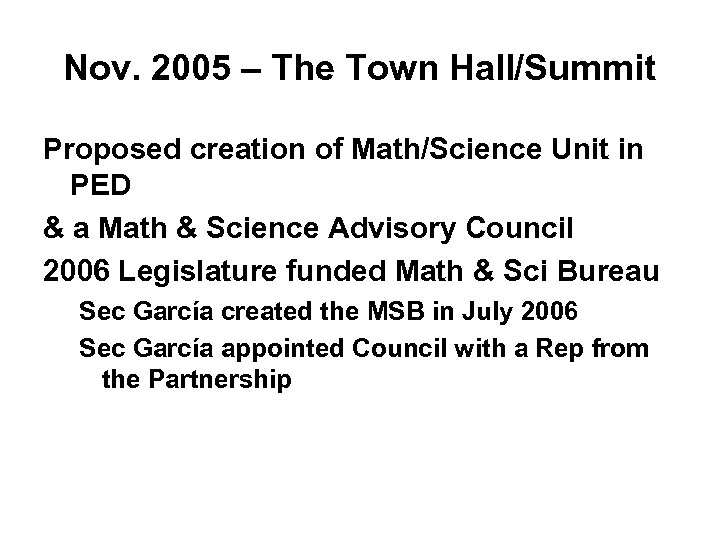 Graduation Requirements (graduating class 87 -88 & 88 -89) To graduate, a student shall earn ≥ 21 units in G 9 -12. 12 shall include at least the following content & competencies. [Some of the competencies included within the content requirements may be acquired prior to grade 9. ] Language Arts 4, Math 2, Science 2

The Merger – early 90 s Each group was sending reps to other So they merged Co-Presidents Susan Gardenhire (Math), Vicente Llamas (Science) Articles of Incorporation (By-Laws came later) Usually there were five 3 -hour meetings per year Main accomplishment was communication

CAMSE – A bump in the road 1992 – Council to Advance Math & Science Ed (CAMSE) Created by Exec Order (92 -01) of Gov. King We had thought it would oversee NSF-funded SIMSE But its stated-mission mirrored ours CAMSE did become our “Advisory Board” 1995 w/ Gov. Johnson CAMSE rested

The Years Roll On 2001 – Before It’s Too Late (Glenn Commission) So the National Math Panel Report seems like “déjà vu all over again” Board Retreat in Ruidoso Steinhaus replaced Scott as Co-Prez 2002 – 1 st Statewide NSF MSP proposal The vision of the NM-MSP is to increase sci, math & tech literacy across the state’s diverse population focusing on children who are currently being left behind & ensuring that all children will be able to participate fully & contribute to our national economic health & security.