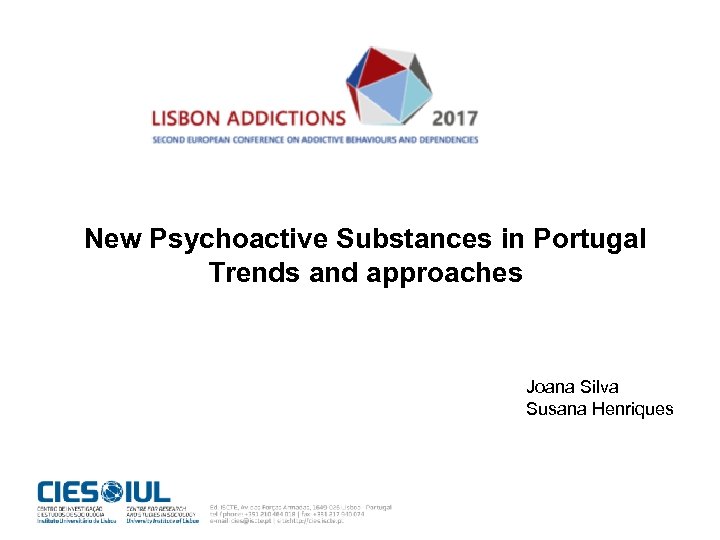 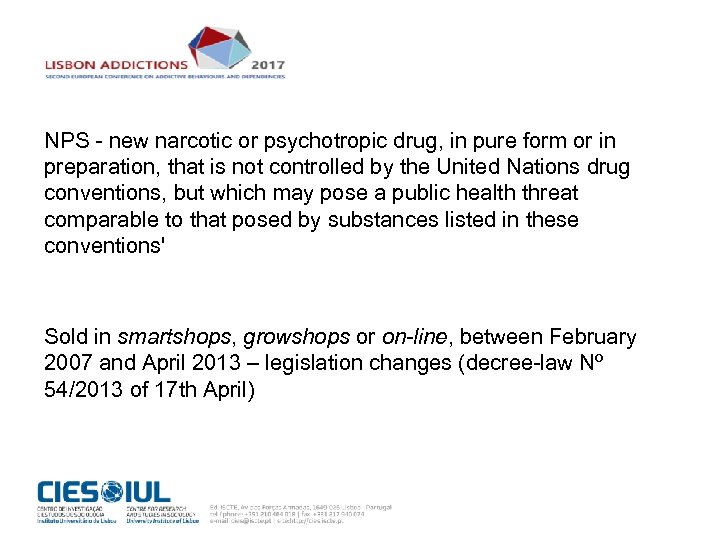 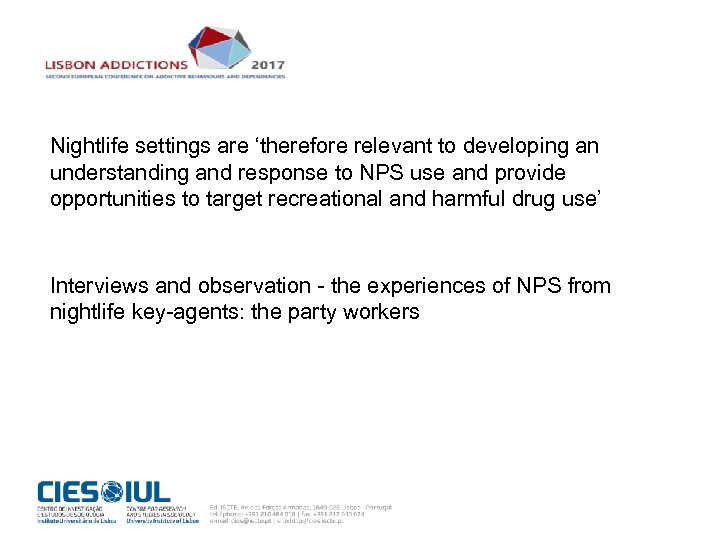 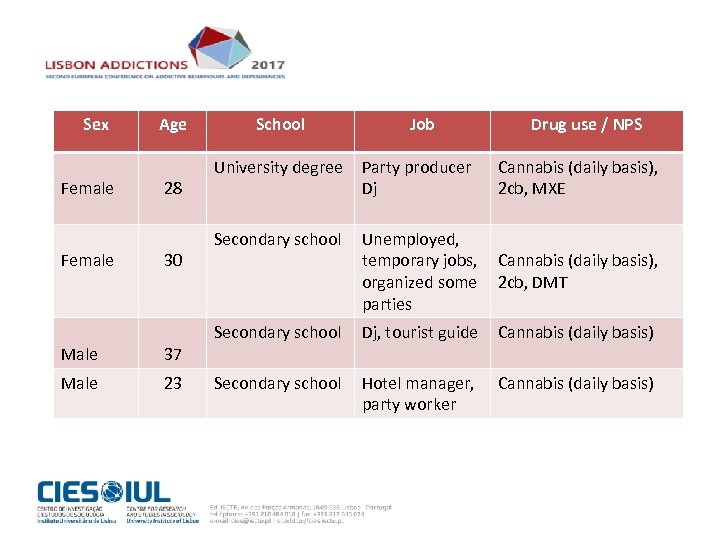 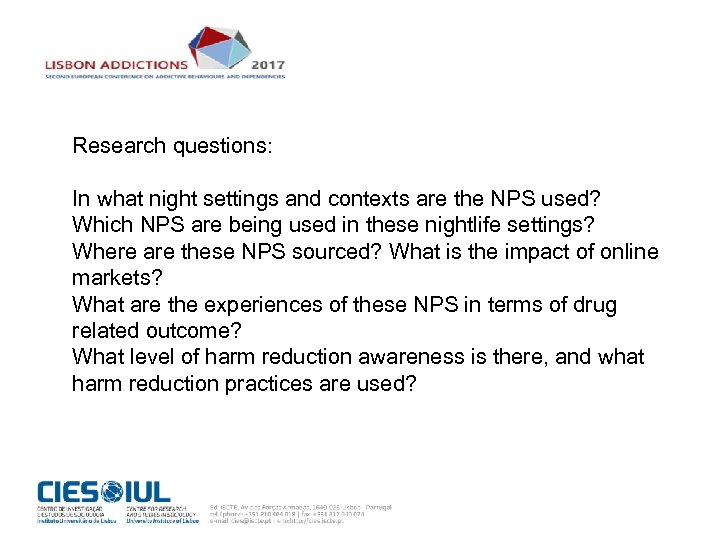 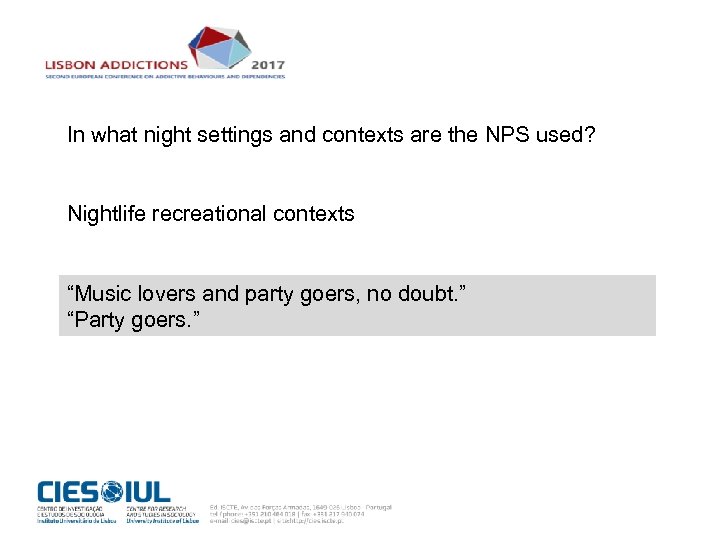 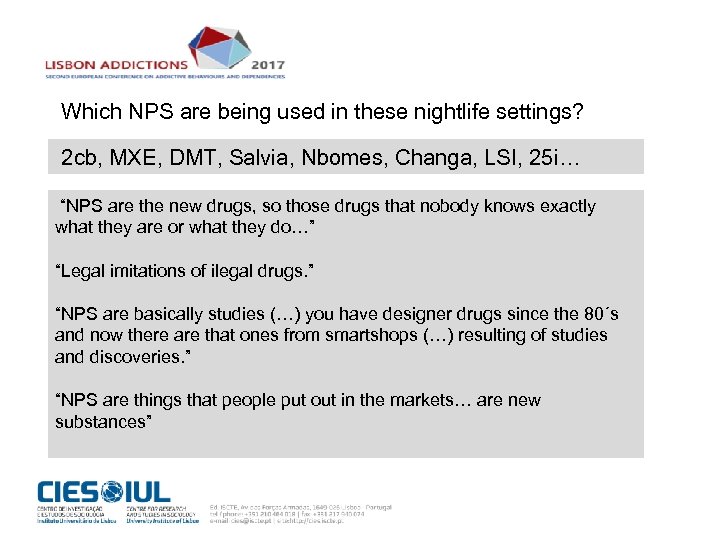 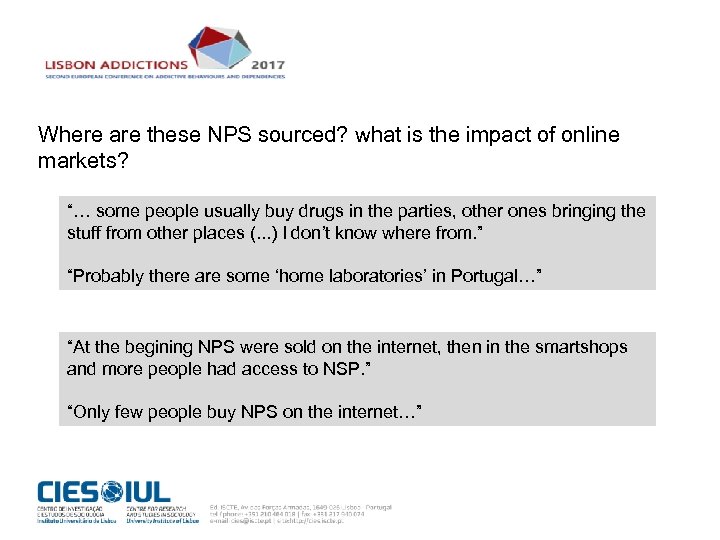 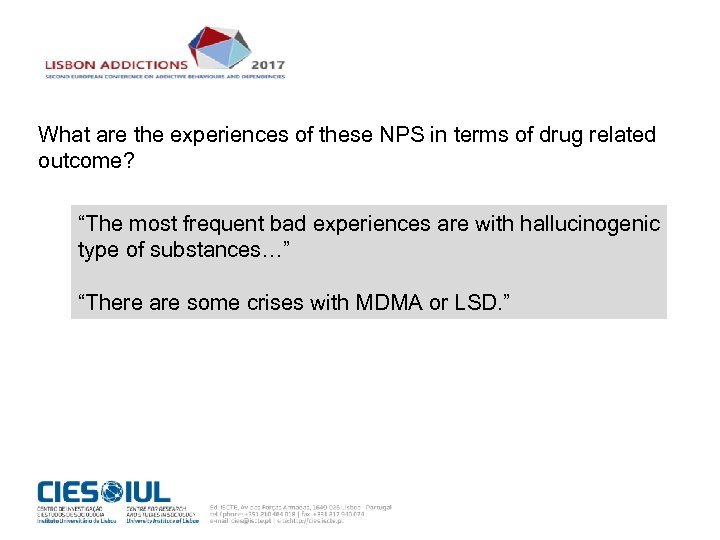 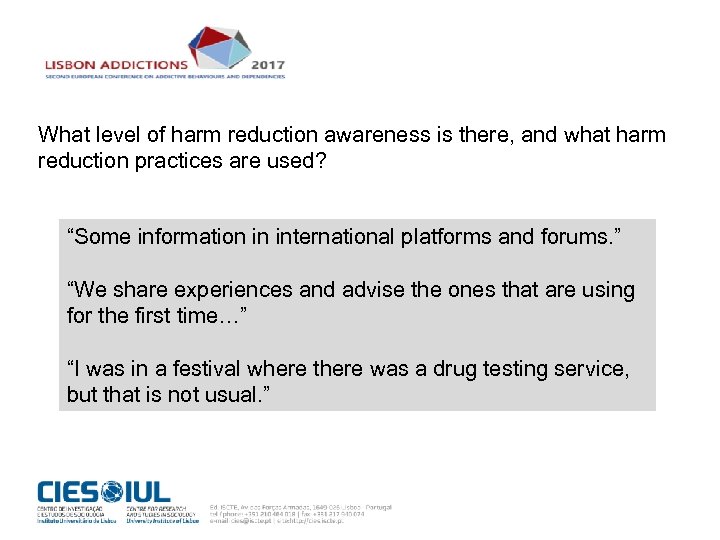 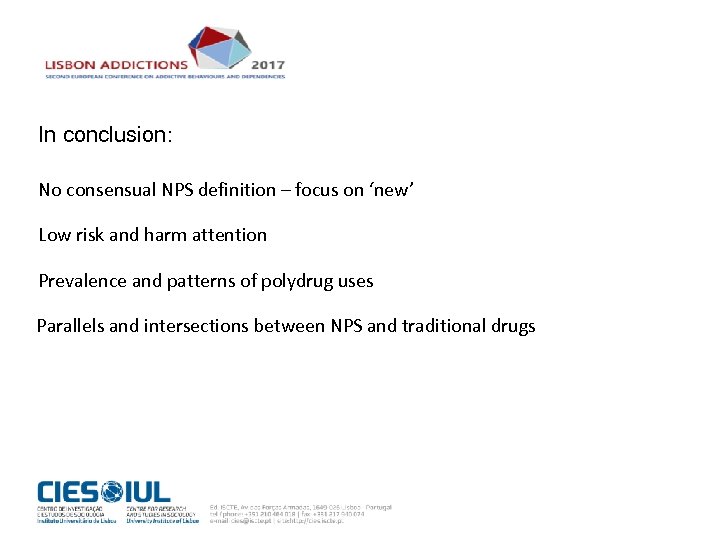 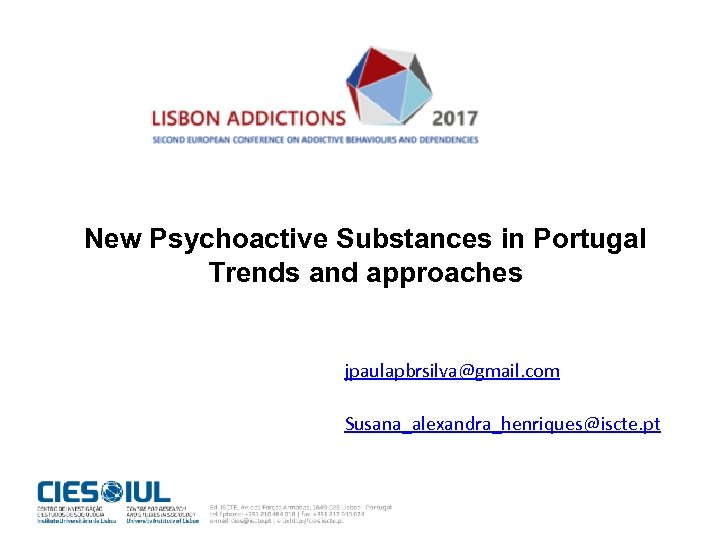 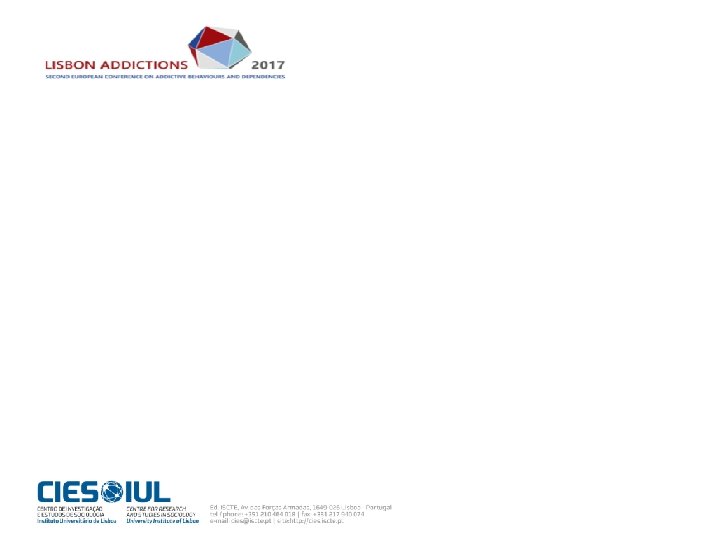 NPS - new narcotic or psychotropic drug, in pure form or in preparation, that is not controlled by the United Nations drug conventions, but which may pose a public health threat comparable to that posed by substances listed in these conventions' Sold in smartshops, growshops or on-line, between February 2007 and April 2013 – legislation changes (decree-law Nº 54/2013 of 17 th April)

Nightlife settings are ‘therefore relevant to developing an understanding and response to NPS use and provide opportunities to target recreational and harmful drug use’ Interviews and observation - the experiences of NPS from nightlife key-agents: the party workers

Research questions: In what night settings and contexts are the NPS used? Which NPS are being used in these nightlife settings? Where are these NPS sourced? What is the impact of online markets? What are the experiences of these NPS in terms of drug related outcome? What level of harm reduction awareness is there, and what harm reduction practices are used?

In what night settings and contexts are the NPS used? Nightlife recreational contexts “Music lovers and party goers, no doubt. ” “Party goers. ”

Which NPS are being used in these nightlife settings? 2 cb, MXE, DMT, Salvia, Nbomes, Changa, LSI, 25 i… “NPS are the new drugs, so those drugs that nobody knows exactly what they are or what they do…” “Legal imitations of ilegal drugs. ” “NPS are basically studies (…) you have designer drugs since the 80´s and now there are that ones from smartshops (…) resulting of studies and discoveries. ” “NPS are things that people put out in the markets… are new substances”

Where are these NPS sourced? what is the impact of online markets? “… some people usually buy drugs in the parties, other ones bringing the stuff from other places (. . . ) I don’t know where from. ” “Probably there are some ‘home laboratories’ in Portugal…” “At the begining NPS were sold on the internet, then in the smartshops and more people had access to NSP. ” “Only few people buy NPS on the internet…”

What are the experiences of these NPS in terms of drug related outcome? “The most frequent bad experiences are with hallucinogenic type of substances…” “There are some crises with MDMA or LSD. ”

What level of harm reduction awareness is there, and what harm reduction practices are used? “Some information in international platforms and forums. ” “We share experiences and advise the ones that are using for the first time…” “I was in a festival where there was a drug testing service, but that is not usual. ”

In conclusion: No consensual NPS definition – focus on ‘new’ Low risk and harm attention Prevalence and patterns of polydrug uses Parallels and intersections between NPS and traditional drugs