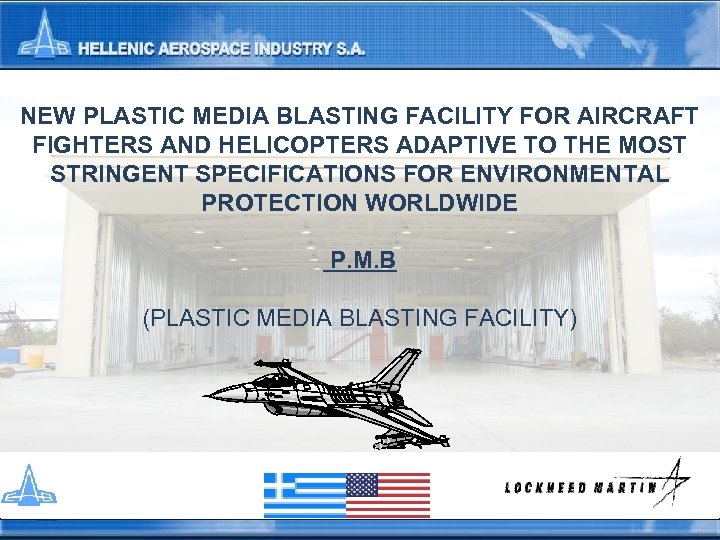 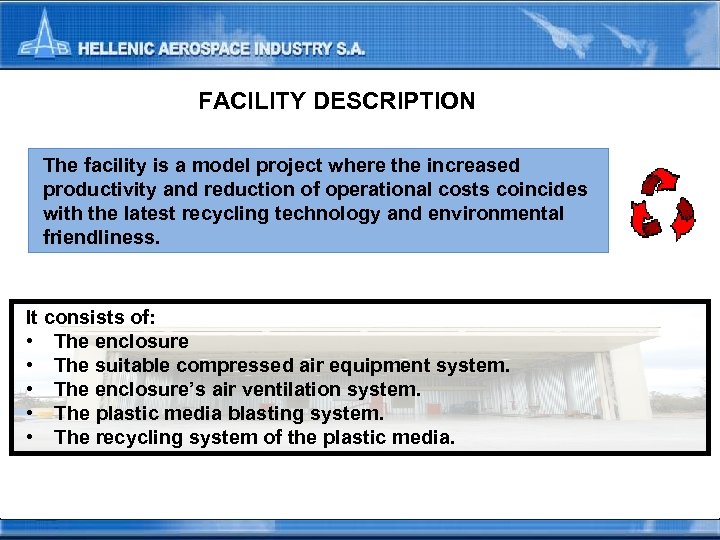 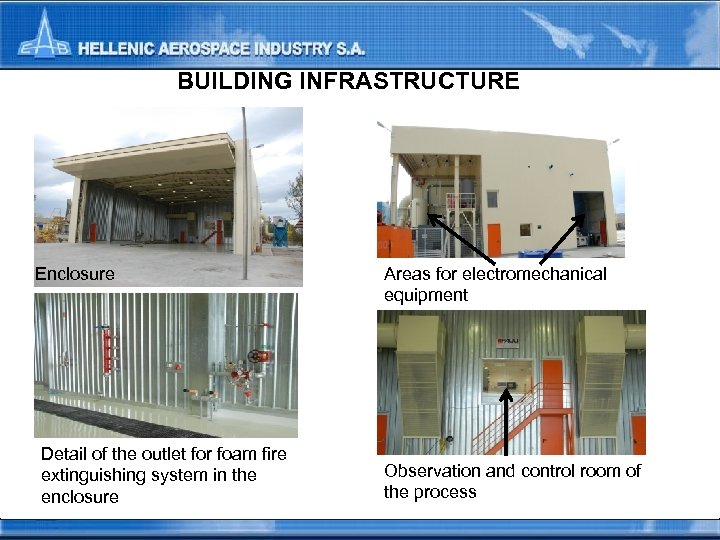 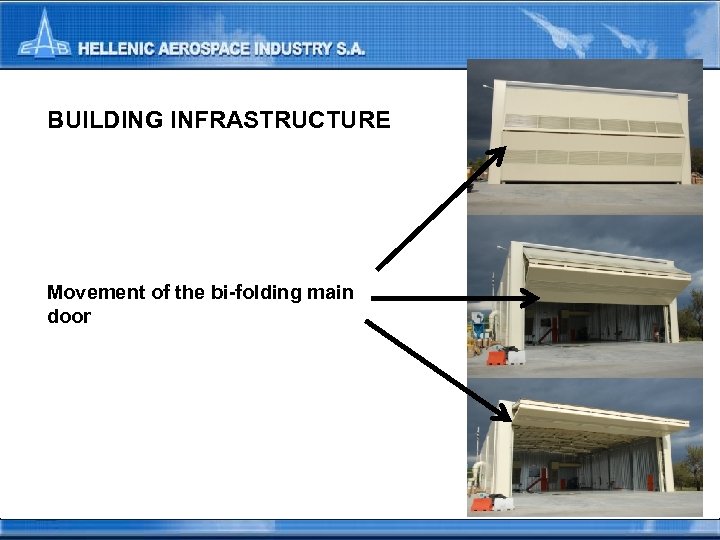 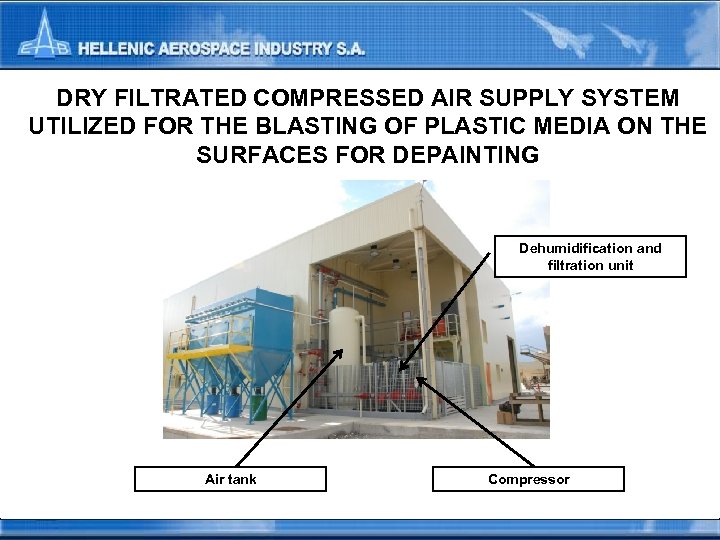 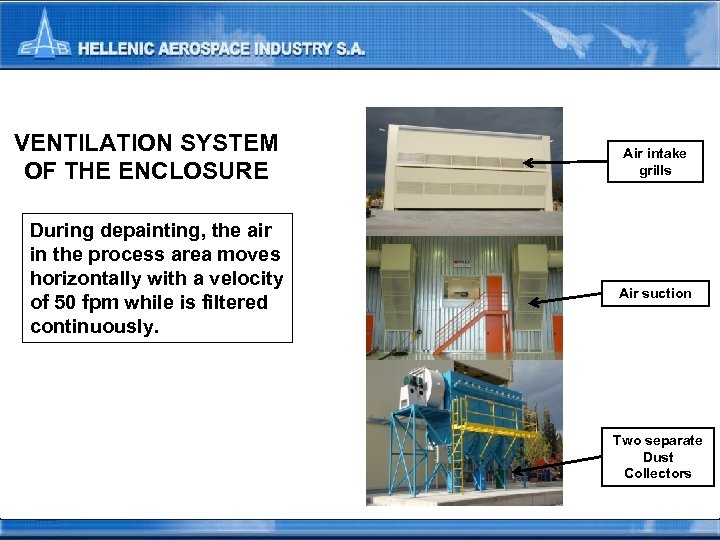 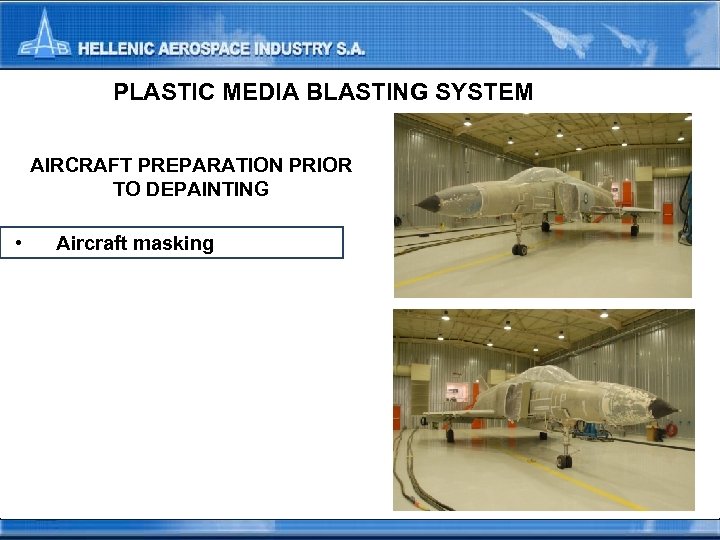 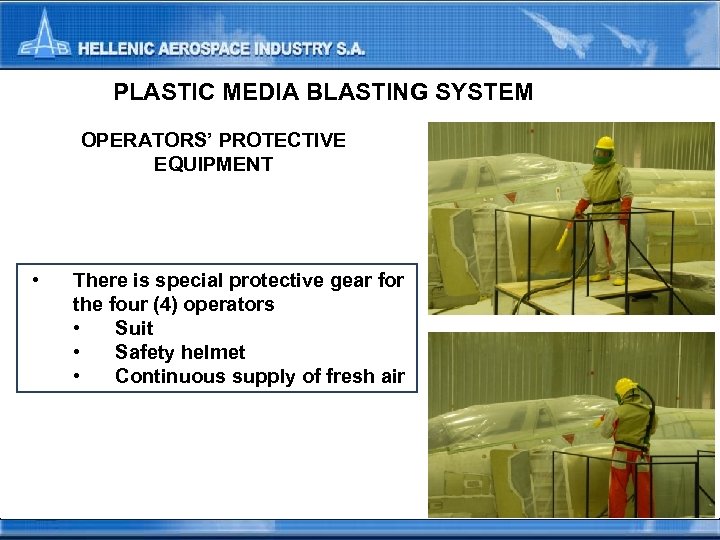 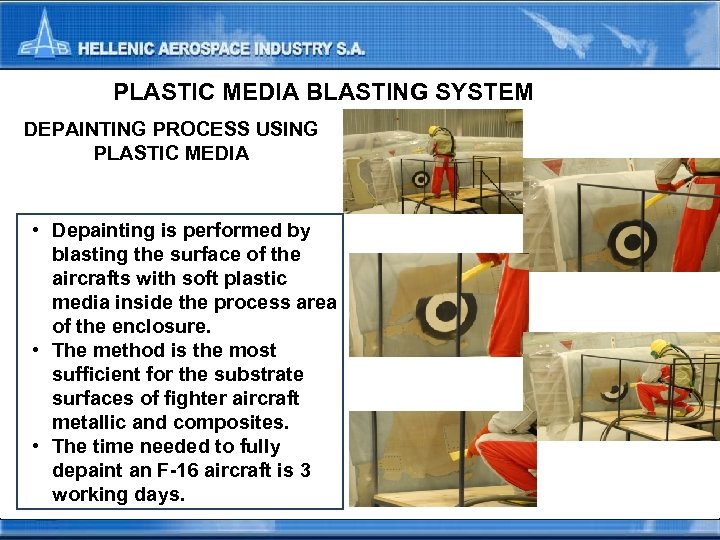 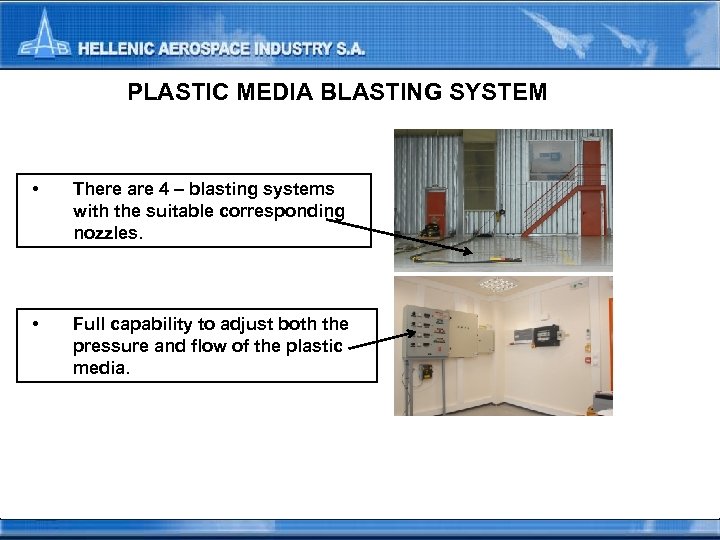 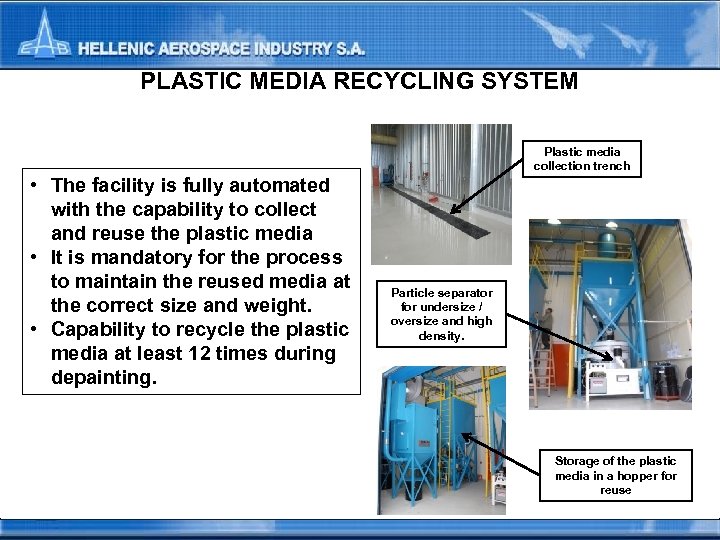 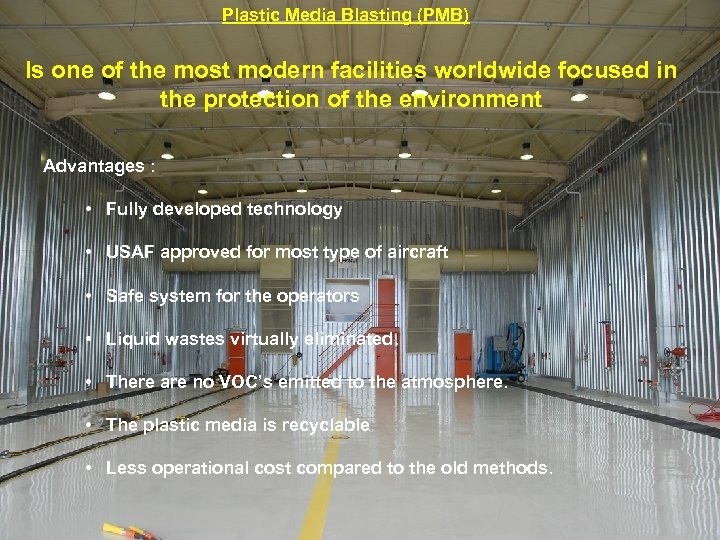 PROJECT’S MILESTONES IN BRIEF • On May 15, 2007 the three party MOA agreement between HAI – Lockheed – Emvatis was signed for the erection of the new depainting facility for fighters and helicopters. The Process equipment were provided by PAULI SYSTEMS • On June 11, 2007 the contractor Emvatis started at the site • On Dec. 5, 2007 the entire integrated facility was completed (building, equipment, training). • • The project was completed within a six month period, a record time due to the complexity and specialization of the equipment. The facility will be utilized immediately for the depainting of the U. S. F-16 fighters under the CCIP program and in parallel for the Hellenic fighters and other strategic alliances.

VENTILATION SYSTEM OF THE ENCLOSURE During depainting, the air in the process area moves horizontally with a velocity of 50 fpm while is filtered continuously. Air intake grills Air suction Two separate Dust Collectors

PLASTIC MEDIA BLASTING SYSTEM DEPAINTING PROCESS USING PLASTIC MEDIA • Depainting is performed by blasting the surface of the aircrafts with soft plastic media inside the process area of the enclosure. • The method is the most sufficient for the substrate surfaces of fighter aircraft metallic and composites. • The time needed to fully depaint an F-16 aircraft is 3 working days.

PLASTIC MEDIA BLASTING SYSTEM • There are 4 – blasting systems with the suitable corresponding nozzles. • Full capability to adjust both the pressure and flow of the plastic media.

Plastic Media Blasting (PMB) Is one of the most modern facilities worldwide focused in the protection of the environment Advantages : • Fully developed technology • USAF approved for most type of aircraft • Safe system for the operators • Liquid wastes virtually eliminated. • There are no VOC’s emitted to the atmosphere. • The plastic media is recyclable • Less operational cost compared to the old methods.