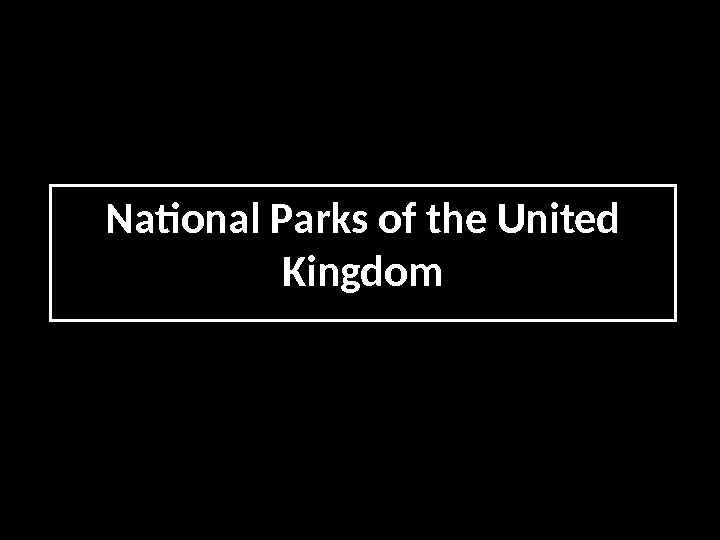 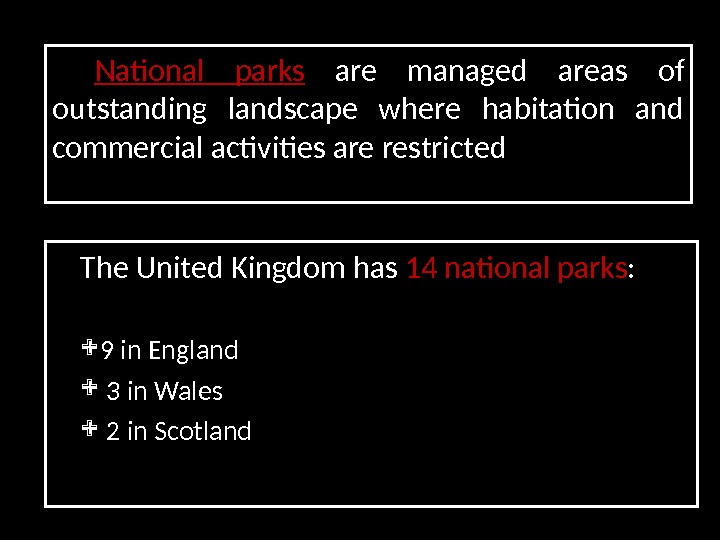 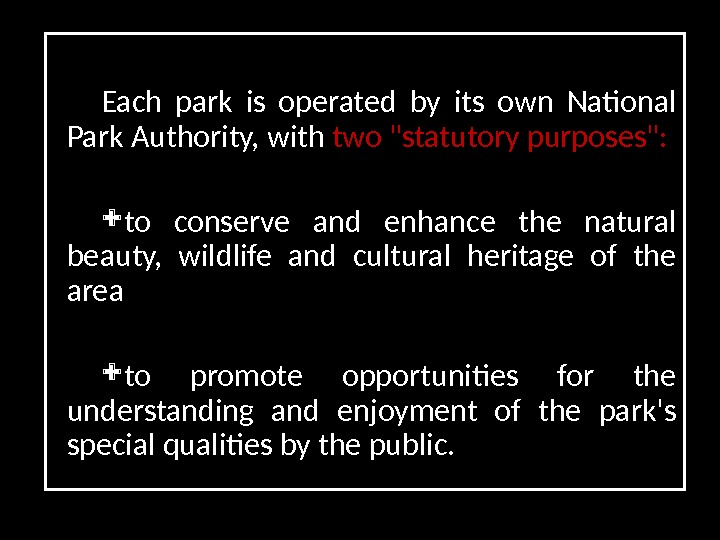 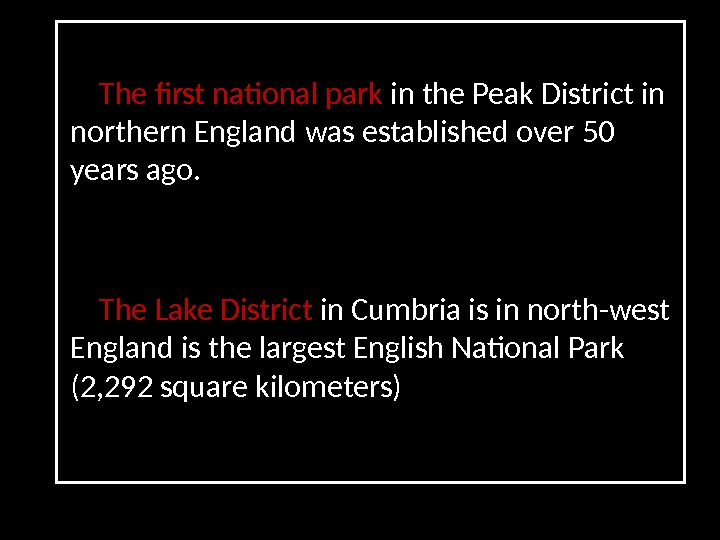 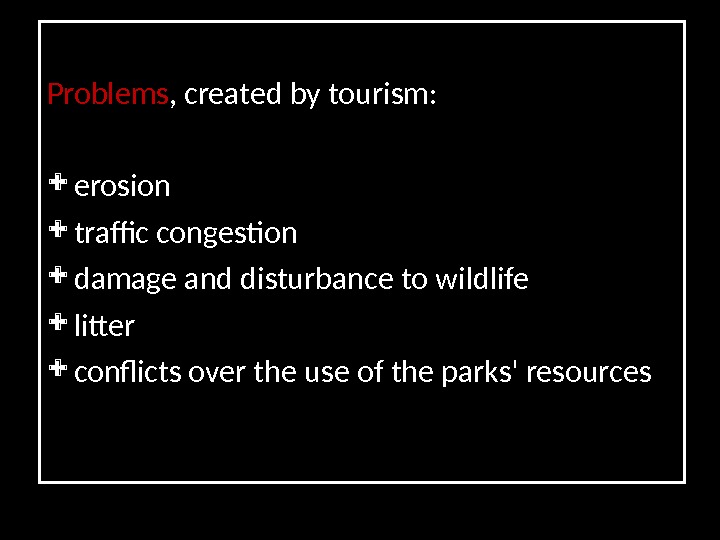 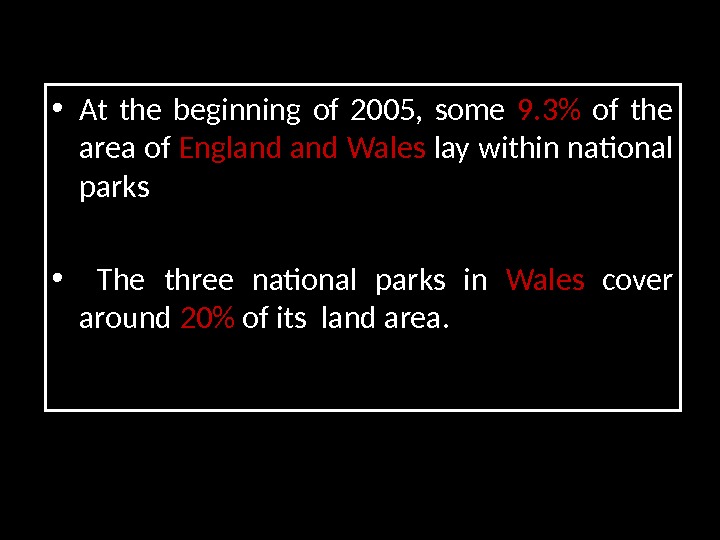 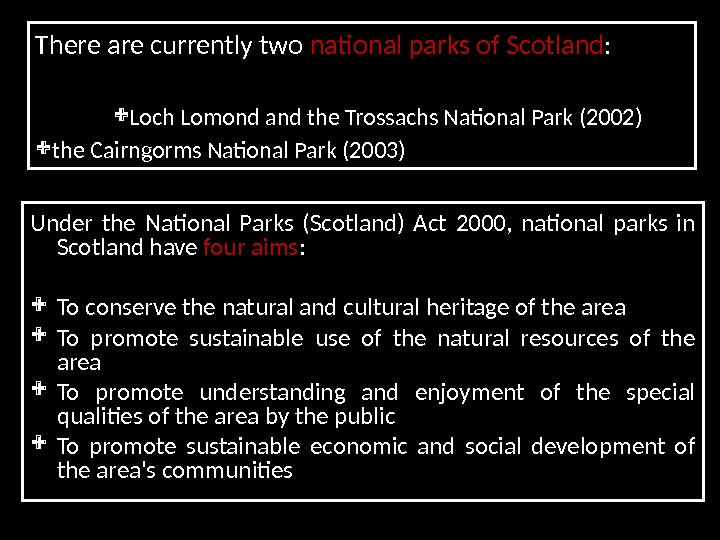 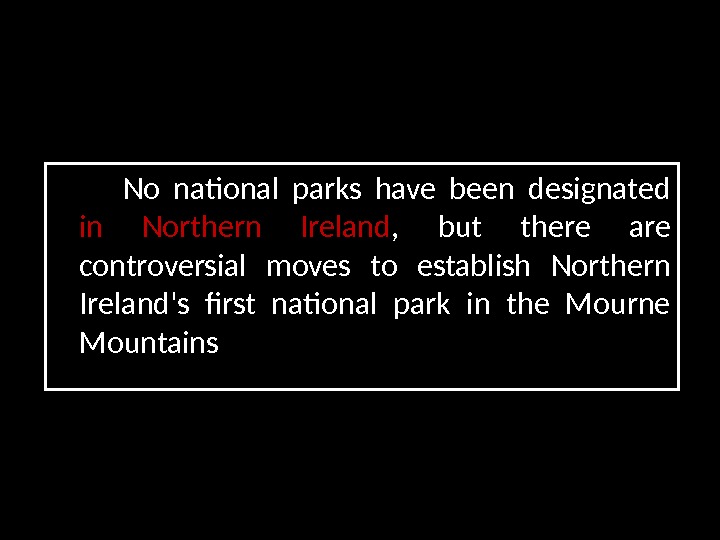 National Parks of the United Kingdom

The United Kingdom has 14 national parks : 9 in England 3 in Wales 2 in Scotland. National parks are managed areas of outstanding landscape where habitation and commercial activities are restricted

Each park is operated by its own National Park Authority, with two «statutory purposes»: to conserve and enhance the natural beauty, wildlife and cultural heritage of the area to promote opportunities for the understanding and enjoyment of the park’s special qualities by the public.

The first national park in the Peak District in northern England was established over 50 years ago. The Lake District in Cumbria is in north-west England is the largest English National Park (2, 292 square kilometers)

Problems , created by tourism: erosion traffic congestion d amage and disturbance to wildlife l itter conflicts over the use of the parks’ resources

• At the beginning of 2005, some 9. 3% of the area of England Wales lay within national parks • The three national parks in Wales cover around 20% of its land area.