Nathaniel Hawthorne Introduction to The Scarlet Letter The 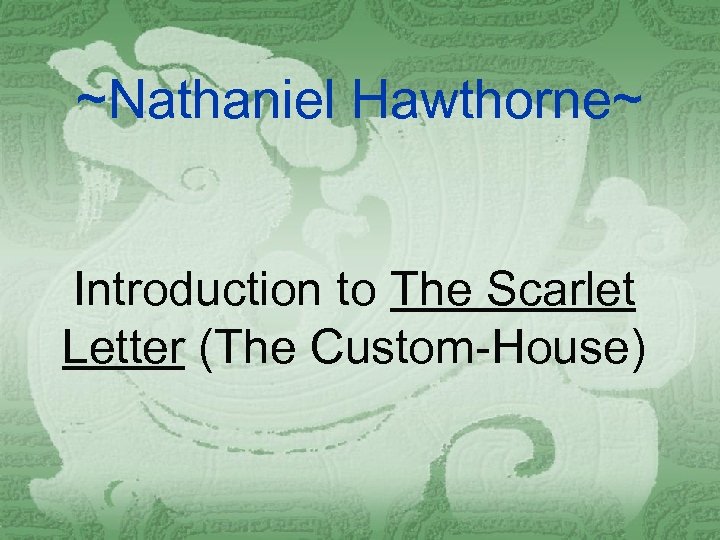 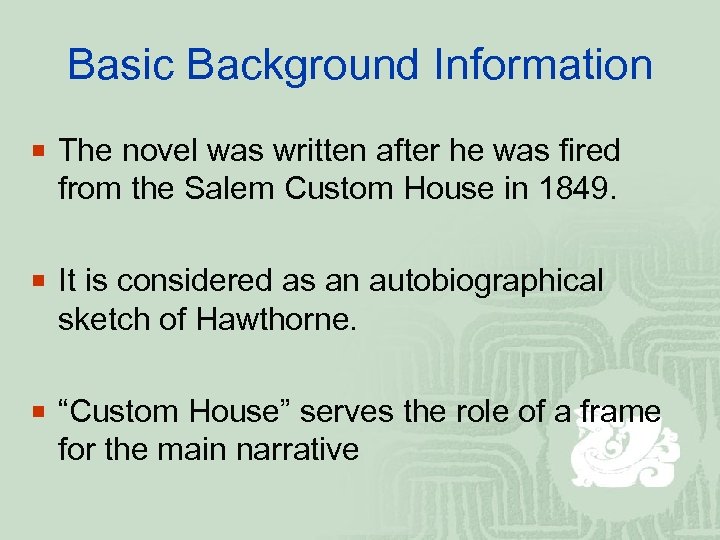 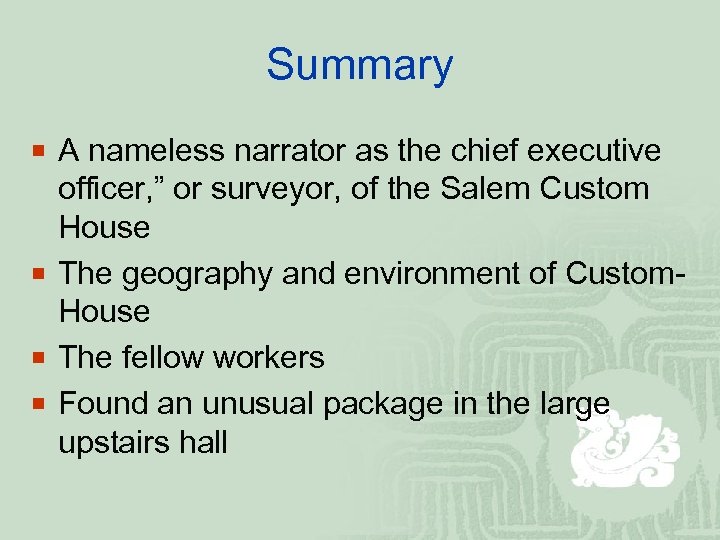 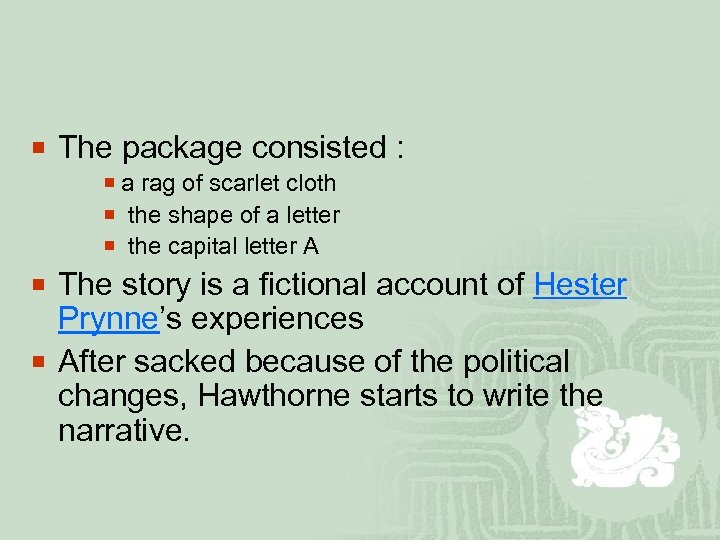 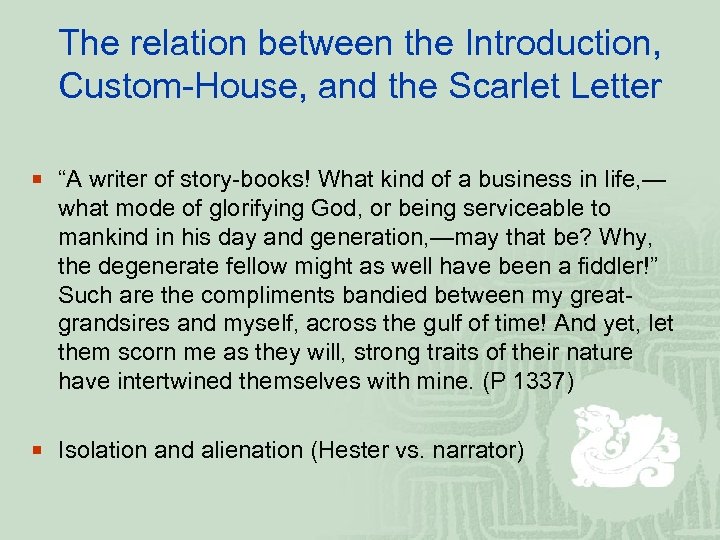 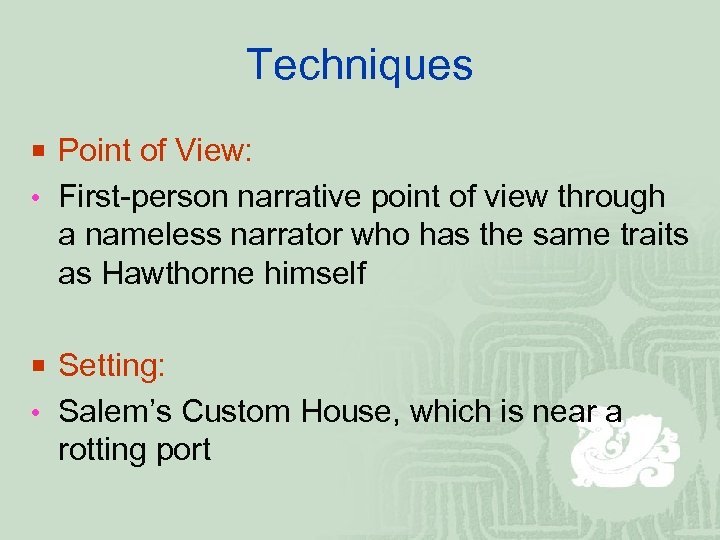 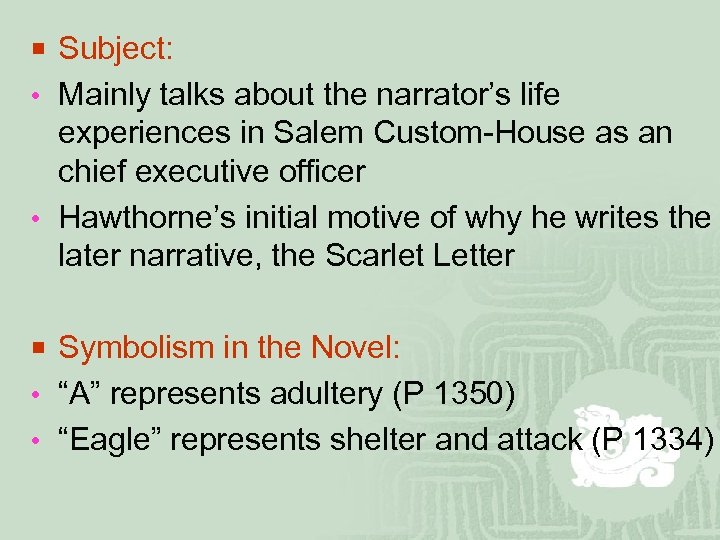 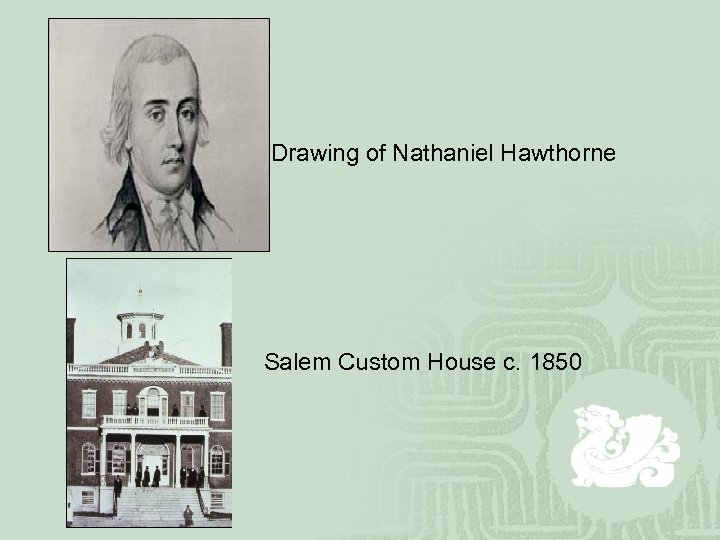 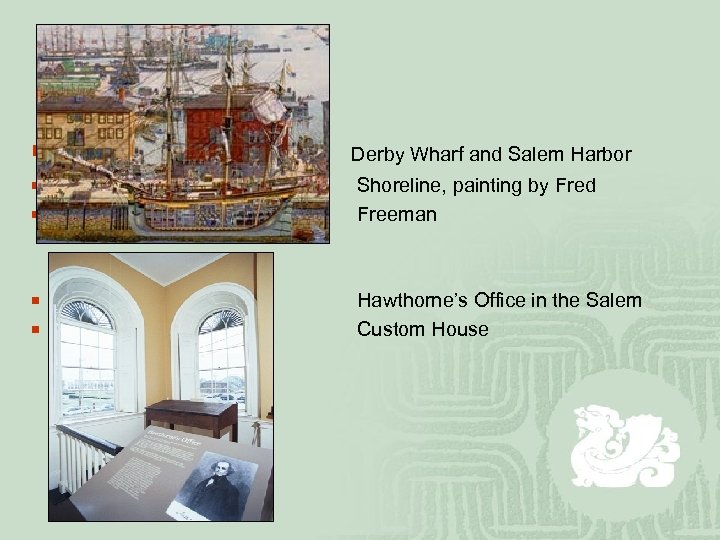 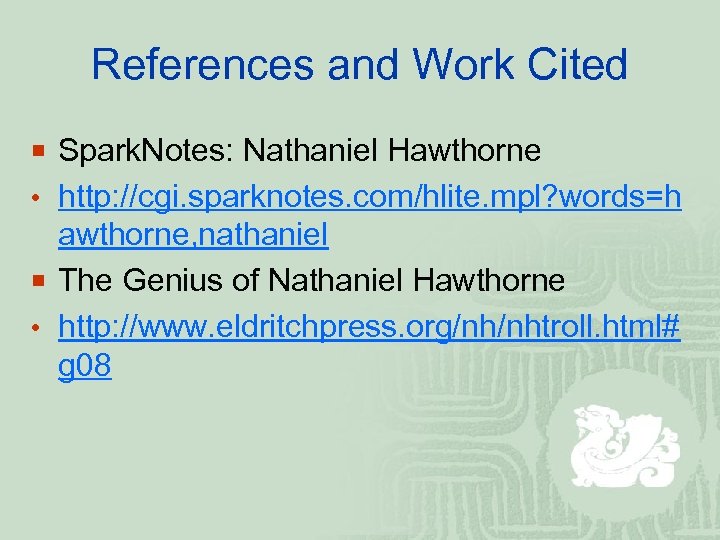 Скачать презентацию Nathaniel Hawthorne Introduction to The Scarlet Letter The

~Nathaniel Hawthorne~ Introduction to The Scarlet Letter (The Custom-House)

Basic Background Information ¡ The novel was written after he was fired from the Salem Custom House in 1849. ¡ It is considered as an autobiographical sketch of Hawthorne. ¡ “Custom House” serves the role of a frame for the main narrative

Summary ¡ A nameless narrator as the chief executive officer, ” or surveyor, of the Salem Custom House ¡ The geography and environment of Custom. House ¡ The fellow workers ¡ Found an unusual package in the large upstairs hall

¡ The package consisted : ¡ a rag of scarlet cloth ¡ the shape of a letter ¡ the capital letter A ¡ The story is a fictional account of Hester Prynne’s experiences ¡ After sacked because of the political changes, Hawthorne starts to write the narrative.

The relation between the Introduction, Custom-House, and the Scarlet Letter ¡ “A writer of story-books! What kind of a business in life, — what mode of glorifying God, or being serviceable to mankind in his day and generation, —may that be? Why, the degenerate fellow might as well have been a fiddler!” Such are the compliments bandied between my greatgrandsires and myself, across the gulf of time! And yet, let them scorn me as they will, strong traits of their nature have intertwined themselves with mine. (P 1337) ¡ Isolation and alienation (Hester vs. narrator)

Techniques ¡ Point of View: • First-person narrative point of view through a nameless narrator who has the same traits as Hawthorne himself ¡ Setting: • Salem’s Custom House, which is near a rotting port

¡ Subject: • Mainly talks about the narrator’s life experiences in Salem Custom-House as an chief executive officer • Hawthorne’s initial motive of why he writes the later narrative, the Scarlet Letter ¡ Symbolism in the Novel: • “A” represents adultery (P 1350) • “Eagle” represents shelter and attack (P 1334)