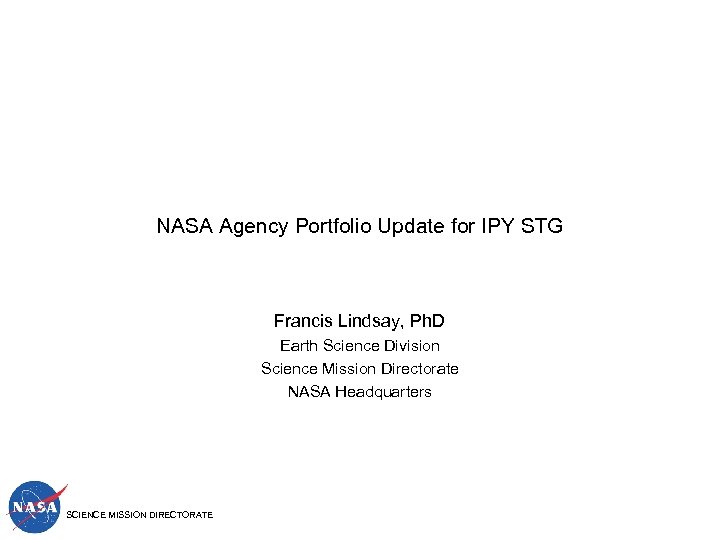 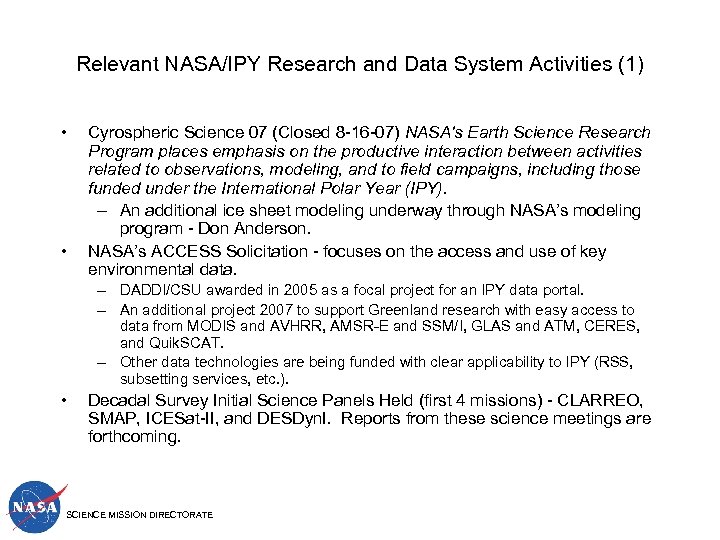 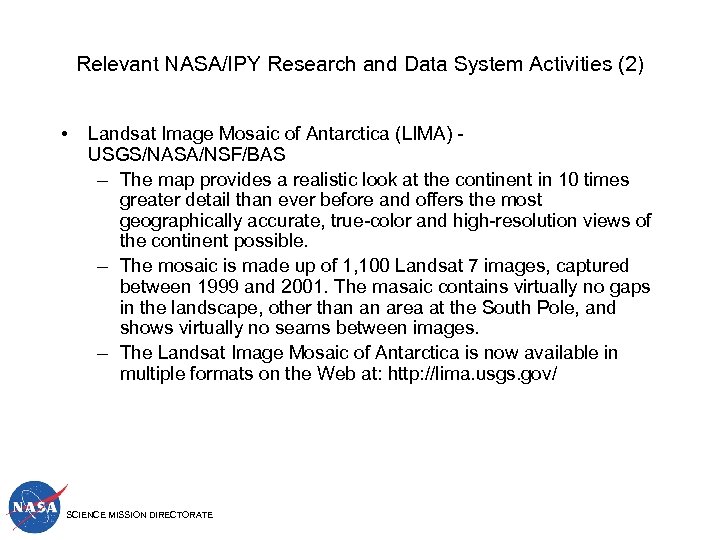 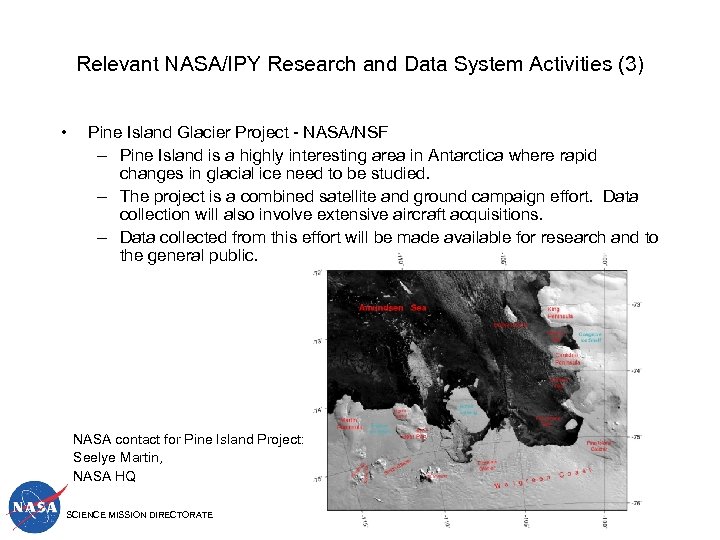 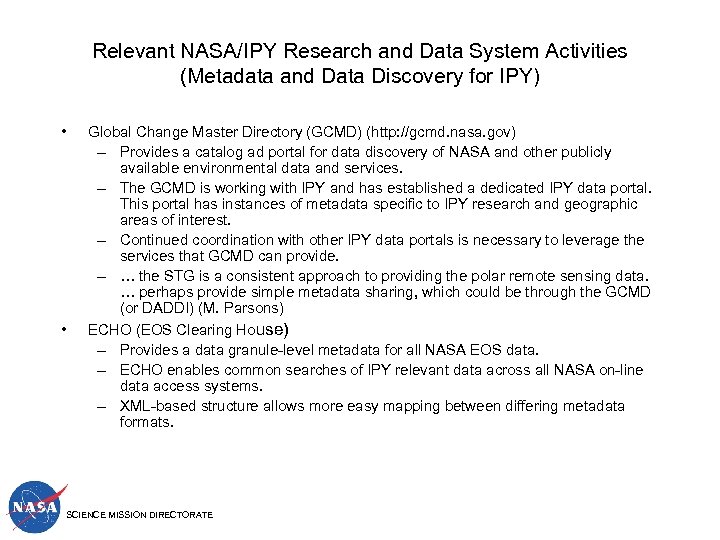 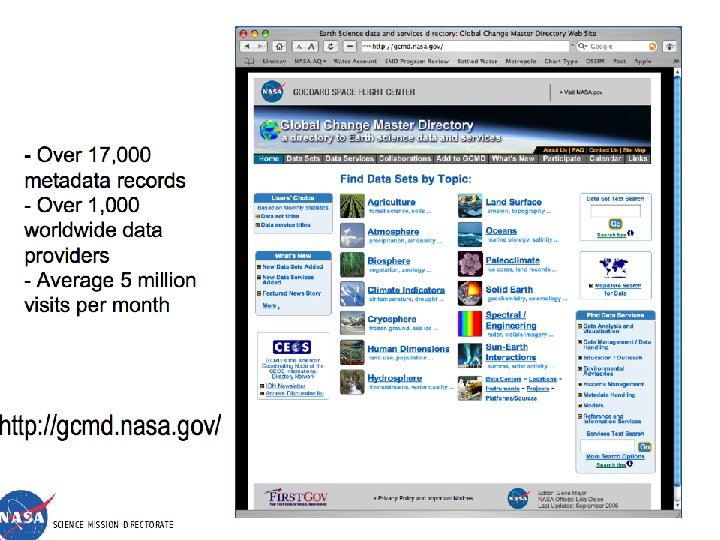 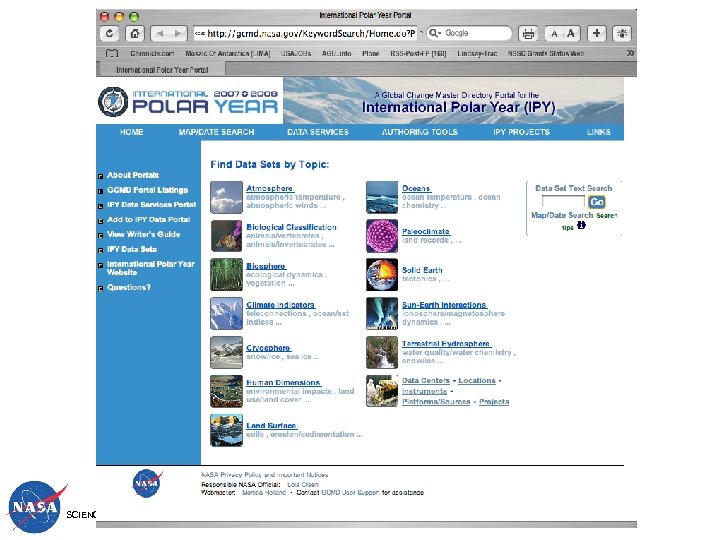 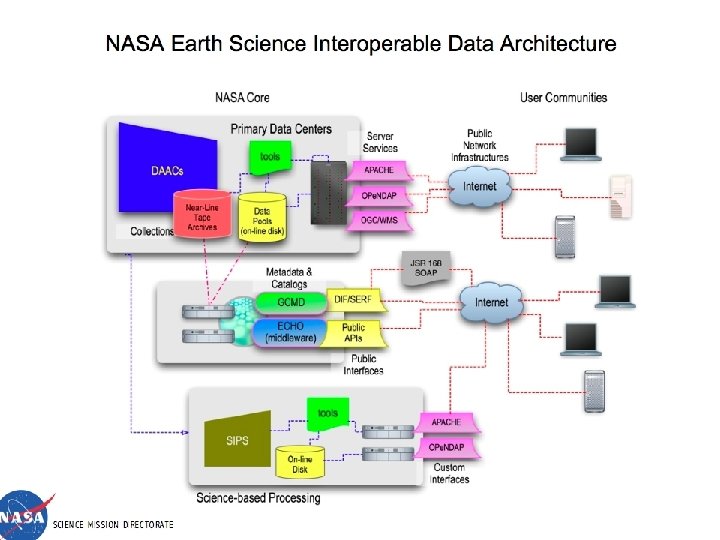 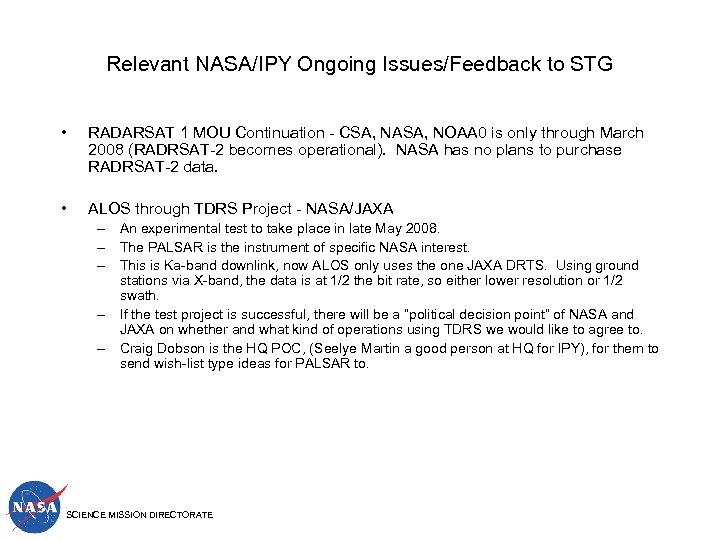 Relevant NASA/IPY Research and Data System Activities (2) • Landsat Image Mosaic of Antarctica (LIMA) USGS/NASA/NSF/BAS – The map provides a realistic look at the continent in 10 times greater detail than ever before and offers the most geographically accurate, true-color and high-resolution views of the continent possible. – The mosaic is made up of 1, 100 Landsat 7 images, captured between 1999 and 2001. The masaic contains virtually no gaps in the landscape, other than an area at the South Pole, and shows virtually no seams between images. – The Landsat Image Mosaic of Antarctica is now available in multiple formats on the Web at: http: //lima. usgs. gov/ SCIENCE MISSION DIRECTORATE

Relevant NASA/IPY Ongoing Issues/Feedback to STG • RADARSAT 1 MOU Continuation - CSA, NASA, NOAA 0 is only through March 2008 (RADRSAT-2 becomes operational). NASA has no plans to purchase RADRSAT-2 data. • ALOS through TDRS Project - NASA/JAXA – An experimental test to take place in late May 2008. – The PALSAR is the instrument of specific NASA interest. – This is Ka-band downlink, now ALOS only uses the one JAXA DRTS. Using ground stations via X-band, the data is at 1/2 the bit rate, so either lower resolution or 1/2 swath. – If the test project is successful, there will be a “political decision point” of NASA and JAXA on whether and what kind of operations using TDRS we would like to agree to. – Craig Dobson is the HQ POC, (Seelye Martin a good person at HQ for IPY), for them to send wish-list type ideas for PALSAR to. SCIENCE MISSION DIRECTORATE