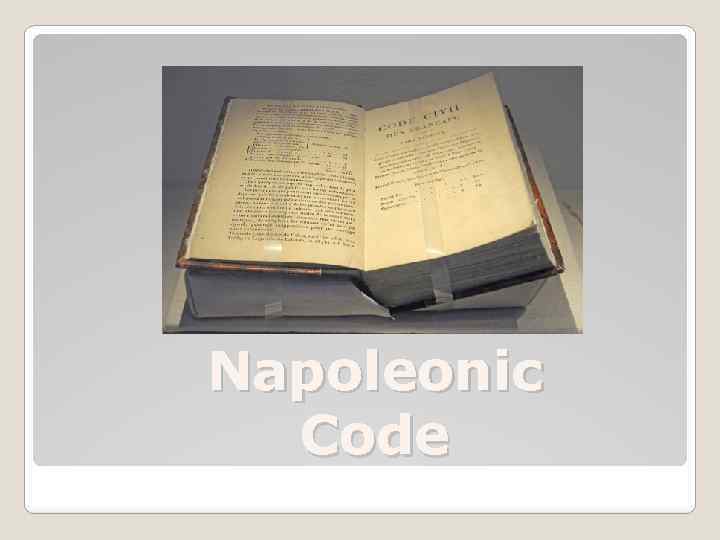 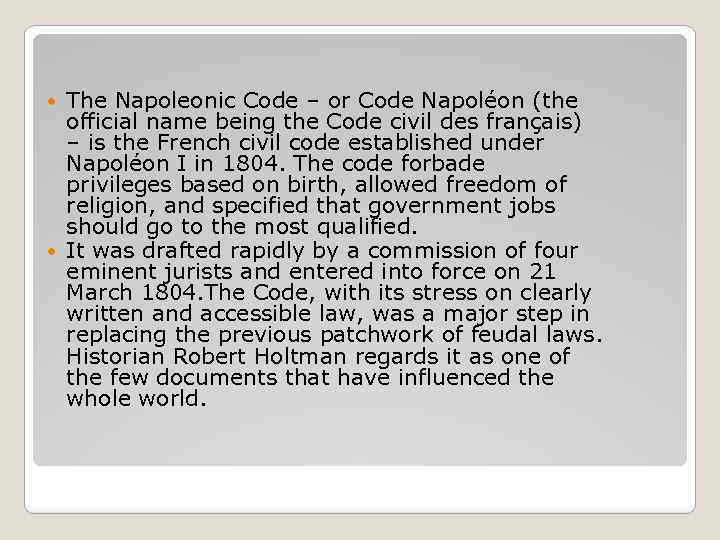 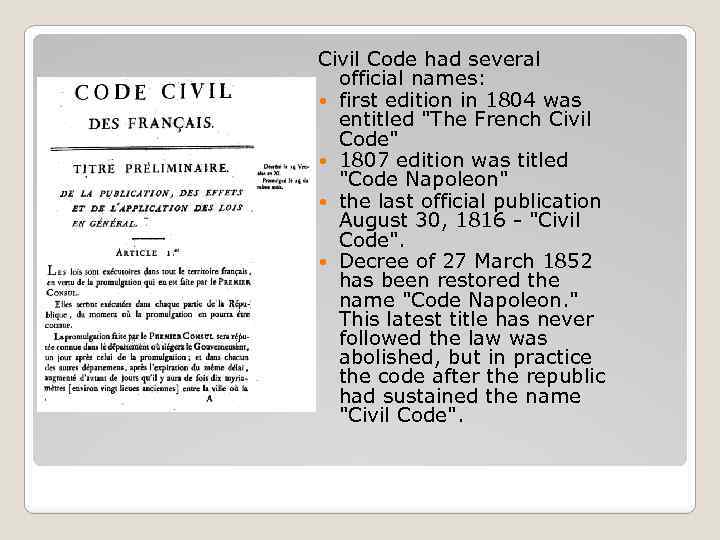 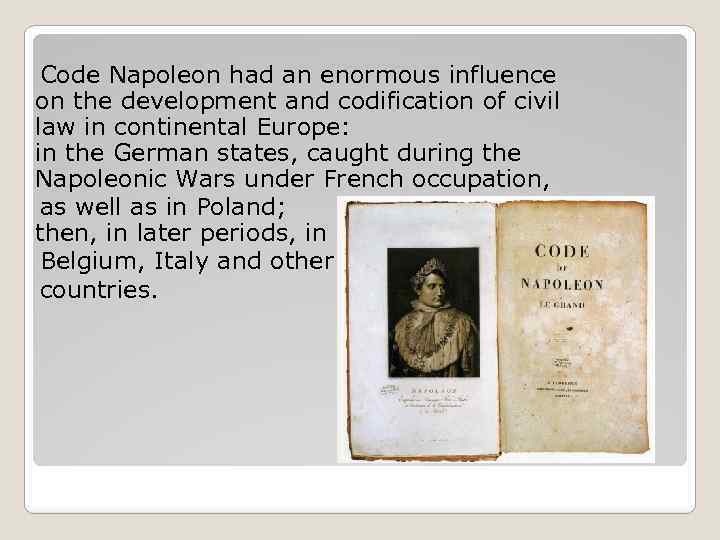 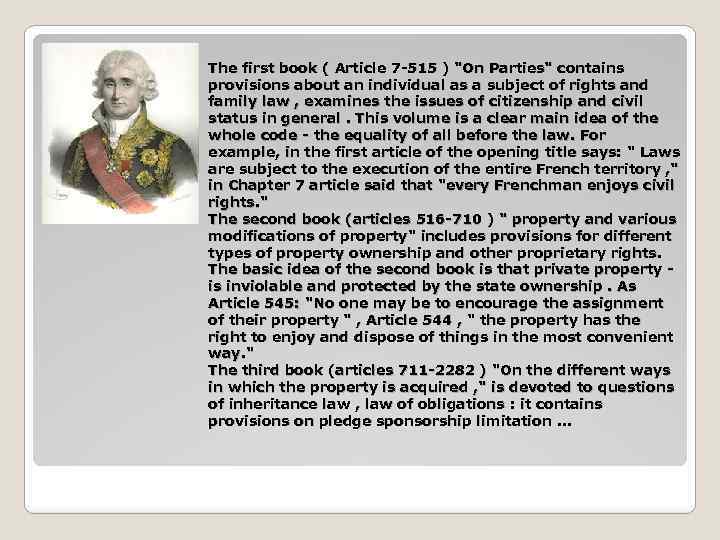 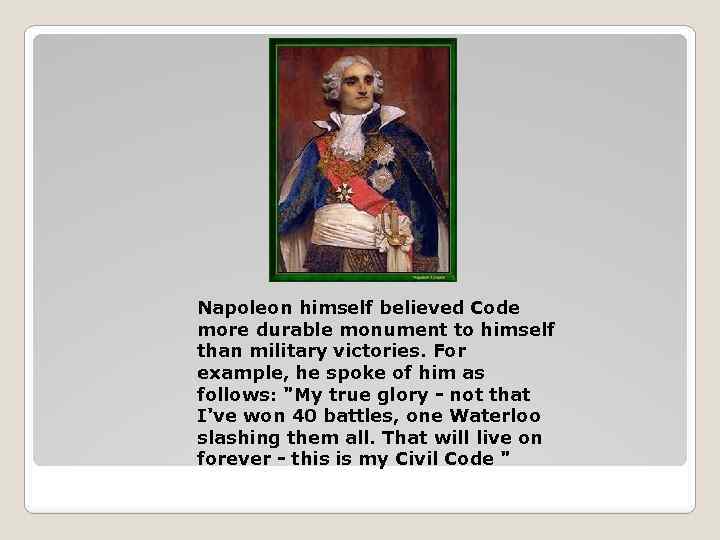 The Napoleonic Code ‒ or Code Napoléon (the official name being the Code civil des français) ‒ is the French civil code established under Napoléon I in 1804. The code forbade privileges based on birth, allowed freedom of religion, and specified that government jobs should go to the most qualified. It was drafted rapidly by a commission of four eminent jurists and entered into force on 21 March 1804. The Code, with its stress on clearly written and accessible law, was a major step in replacing the previous patchwork of feudal laws. Historian Robert Holtman regards it as one of the few documents that have influenced the whole world.

Civil Code had several official names: first edition in 1804 was entitled "The French Civil Code" 1807 edition was titled "Code Napoleon" the last official publication August 30, 1816 - "Civil Code". Decree of 27 March 1852 has been restored the name "Code Napoleon. " This latest title has never followed the law was abolished, but in practice the code after the republic had sustained the name "Civil Code".

Code Napoleon had an enormous influence on the development and codification of civil law in continental Europe: in the German states, caught during the Napoleonic Wars under French occupation, as well as in Poland; then, in later periods, in Belgium, Italy and other countries.

The first book ( Article 7 -515 ) "On Parties" contains provisions about an individual as a subject of rights and family law , examines the issues of citizenship and civil status in general. This volume is a clear main idea of the whole code - the equality of all before the law. For example, in the first article of the opening title says: " Laws are subject to the execution of the entire French territory , " in Chapter 7 article said that "every Frenchman enjoys civil rights. " The second book (articles 516 -710 ) " property and various modifications of property" includes provisions for different types of property ownership and other proprietary rights. The basic idea of the second book is that private property is inviolable and protected by the state ownership. As Article 545: "No one may be to encourage the assignment of their property " , Article 544 , " the property has the right to enjoy and dispose of things in the most convenient way. " The third book (articles 711 -2282 ) "On the different ways in which the property is acquired , " is devoted to questions of inheritance law , law of obligations : it contains provisions on pledge sponsorship limitation. . .

Napoleon himself believed Code more durable monument to himself than military victories. For example, he spoke of him as follows: "My true glory - not that I've won 40 battles, one Waterloo slashing them all. That will live on forever - this is my Civil Code "