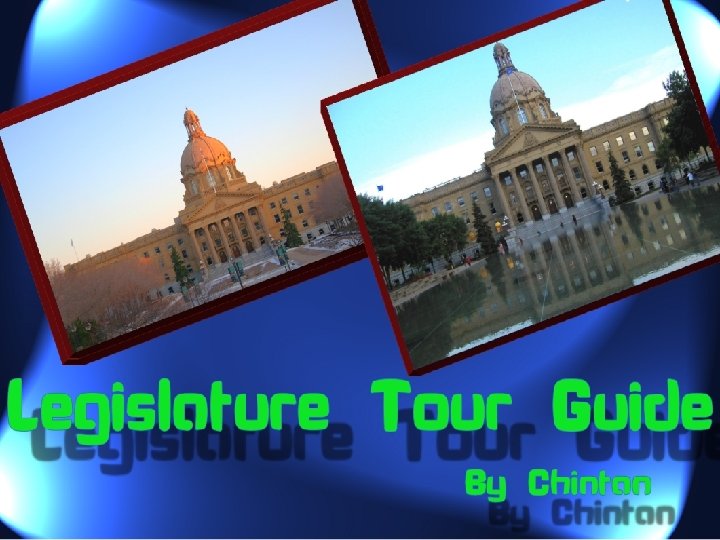 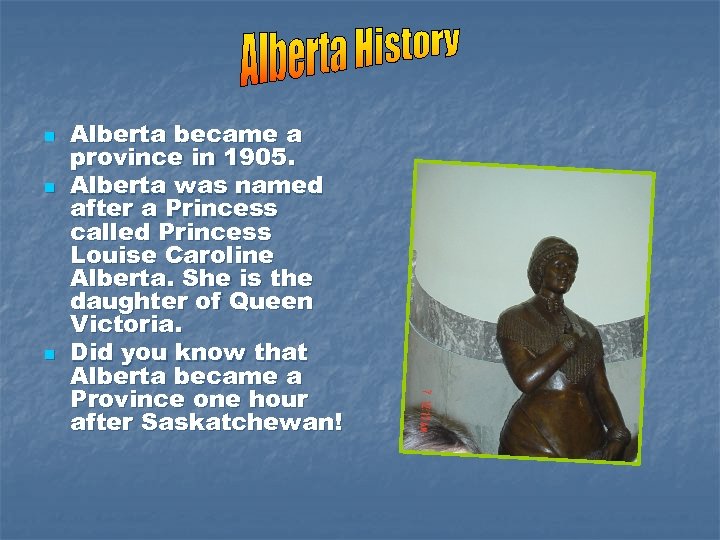 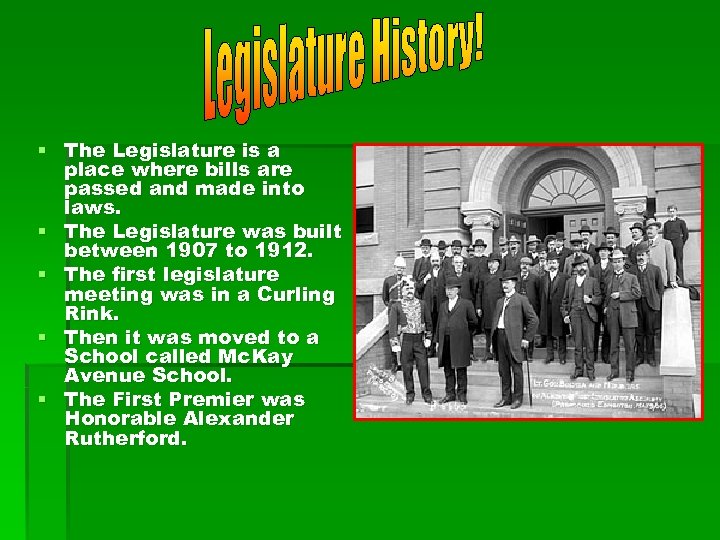 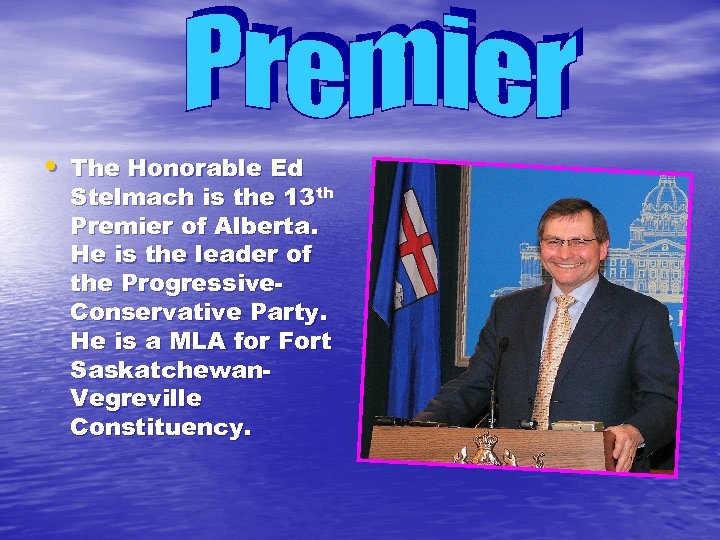 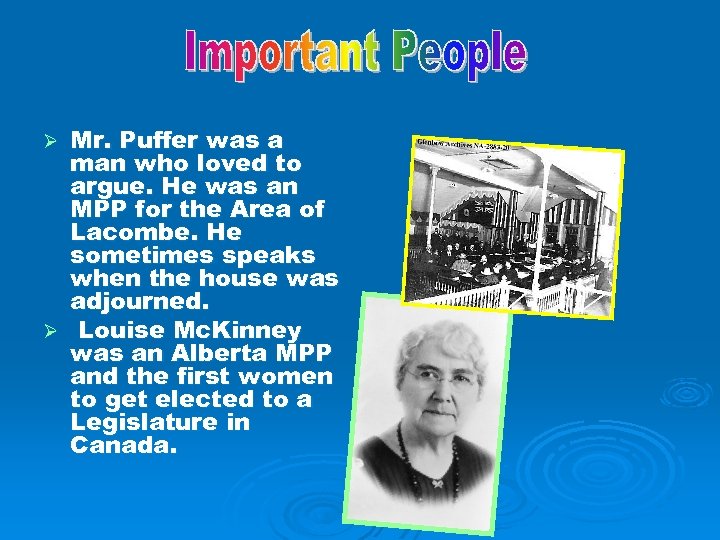 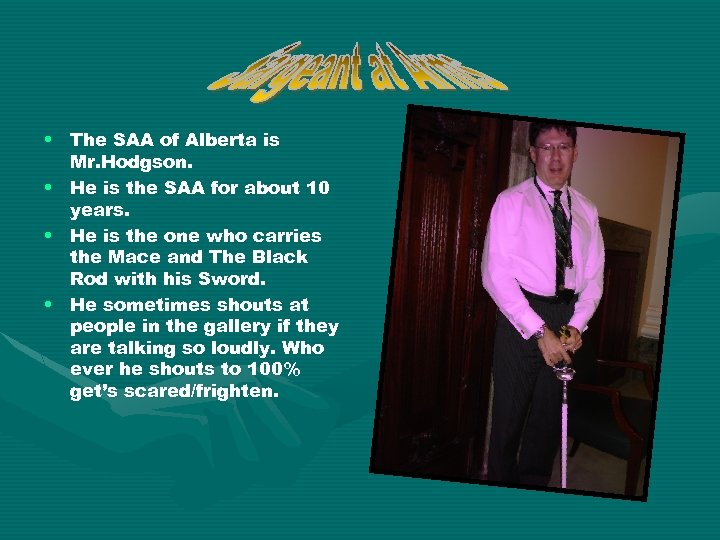 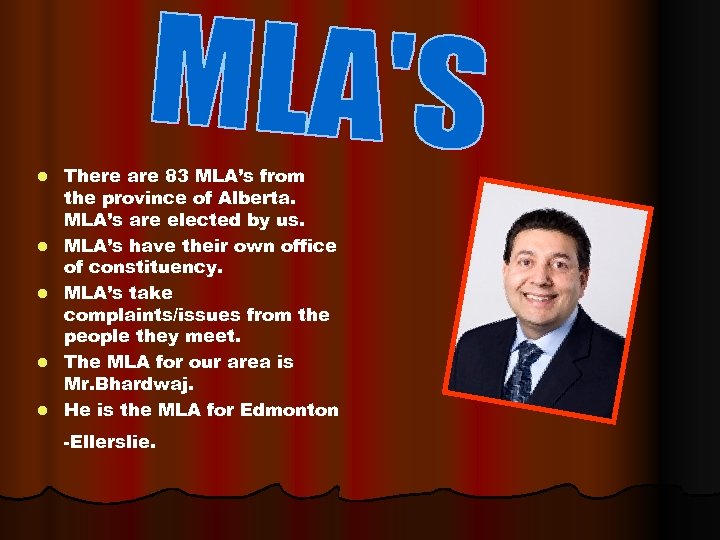 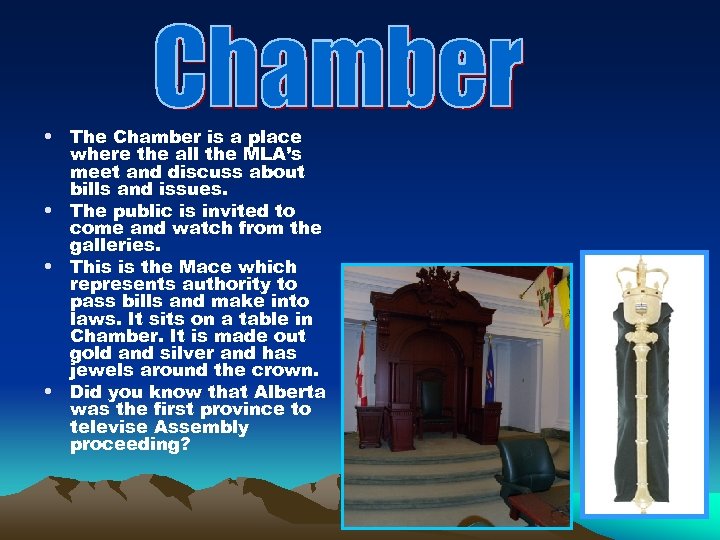 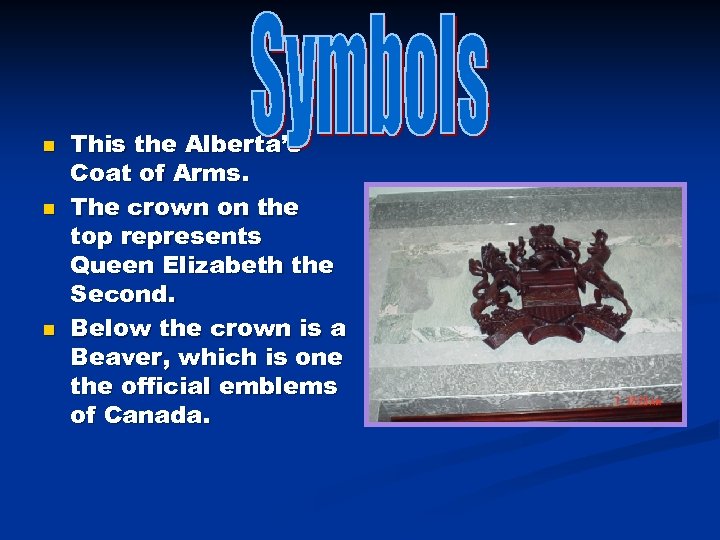 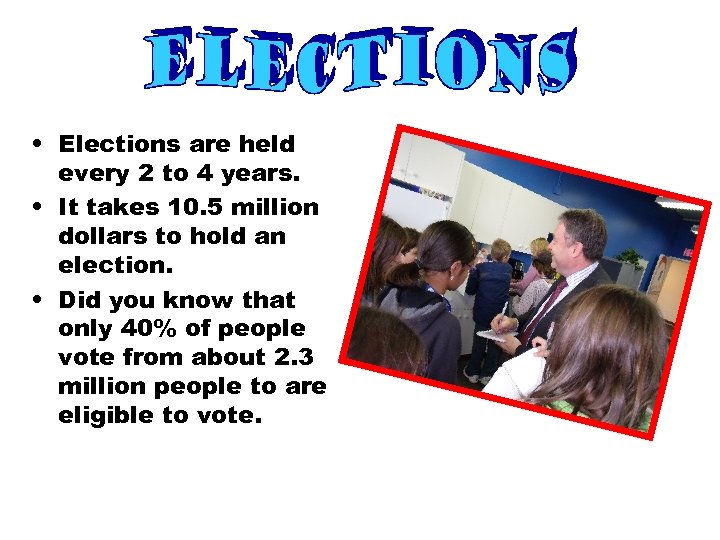 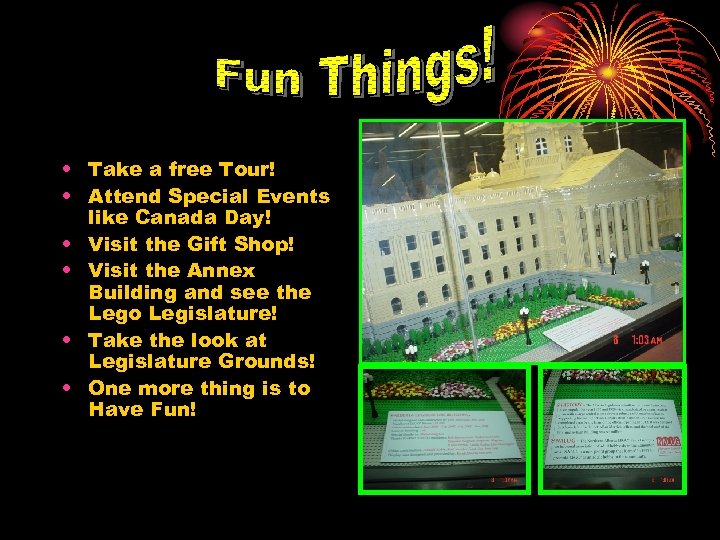 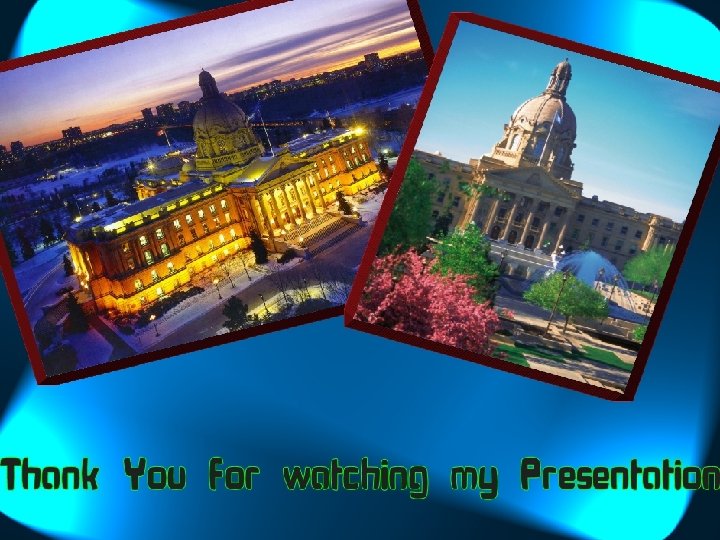 n n n Alberta became a province in 1905. Alberta was named after a Princess called Princess Louise Caroline Alberta. She is the daughter of Queen Victoria. Did you know that Alberta became a Province one hour after Saskatchewan!

§ The Legislature is a place where bills are passed and made into laws. § The Legislature was built between 1907 to 1912. § The first legislature meeting was in a Curling Rink. § Then it was moved to a School called Mc. Kay Avenue School. § The First Premier was Honorable Alexander Rutherford.

• The Honorable Ed Stelmach is the 13 th Premier of Alberta. He is the leader of the Progressive. Conservative Party. He is a MLA for Fort Saskatchewan. Vegreville Constituency.

Mr. Puffer was a man who loved to argue. He was an MPP for the Area of Lacombe. He sometimes speaks when the house was adjourned. Ø Louise Mc. Kinney was an Alberta MPP and the first women to get elected to a Legislature in Canada. Ø

• The SAA of Alberta is Mr. Hodgson. • He is the SAA for about 10 years. • He is the one who carries the Mace and The Black Rod with his Sword. • He sometimes shouts at people in the gallery if they are talking so loudly. Who ever he shouts to 100% get’s scared/frighten.

l l l There are 83 MLA’s from the province of Alberta. MLA’s are elected by us. MLA’s have their own office of constituency. MLA’s take complaints/issues from the people they meet. The MLA for our area is Mr. Bhardwaj. He is the MLA for Edmonton -Ellerslie.

• The Chamber is a place where the all the MLA’s meet and discuss about bills and issues. • The public is invited to come and watch from the galleries. • This is the Mace which represents authority to pass bills and make into laws. It sits on a table in Chamber. It is made out gold and silver and has jewels around the crown. • Did you know that Alberta was the first province to televise Assembly proceeding?

n n n This the Alberta’s Coat of Arms. The crown on the top represents Queen Elizabeth the Second. Below the crown is a Beaver, which is one the official emblems of Canada.

• Elections are held every 2 to 4 years. • It takes 10. 5 million dollars to hold an election. • Did you know that only 40% of people vote from about 2. 3 million people to are eligible to vote.

• Take a free Tour! • Attend Special Events like Canada Day! • Visit the Gift Shop! • Visit the Annex Building and see the Lego Legislature! • Take the look at Legislature Grounds! • One more thing is to Have Fun!