Must FTAs Be Vehicles For Discrimination Presentation at 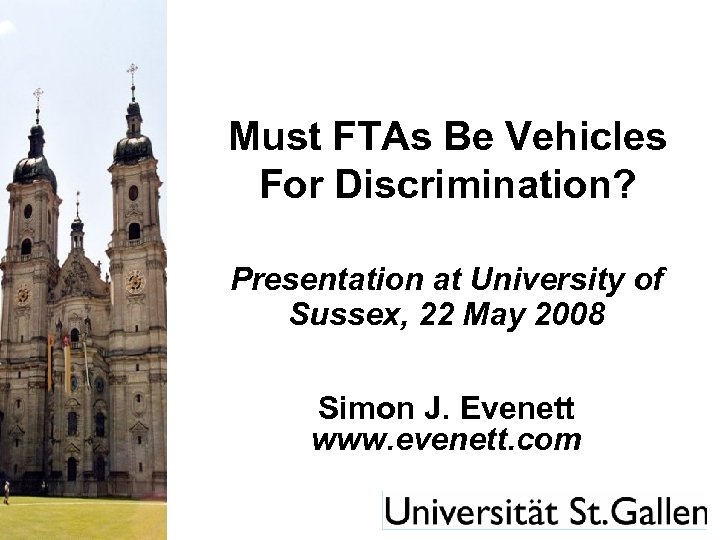 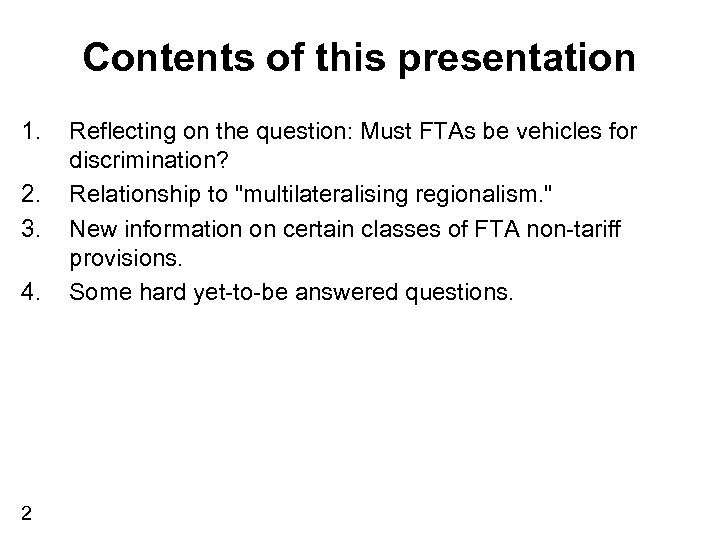 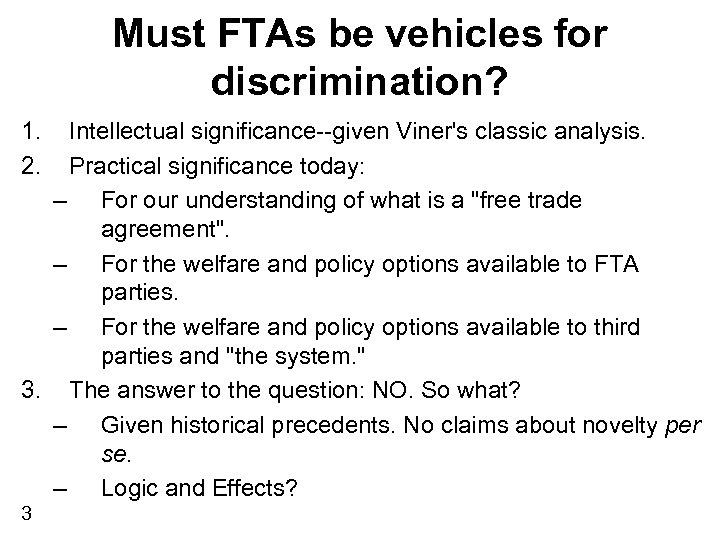 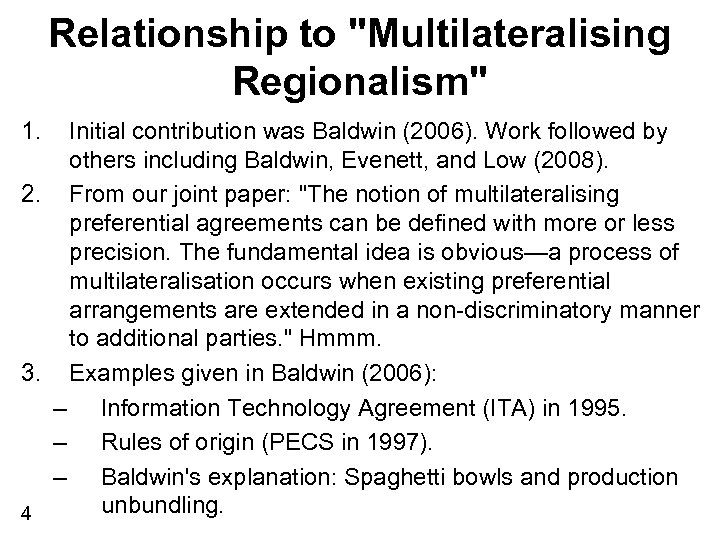 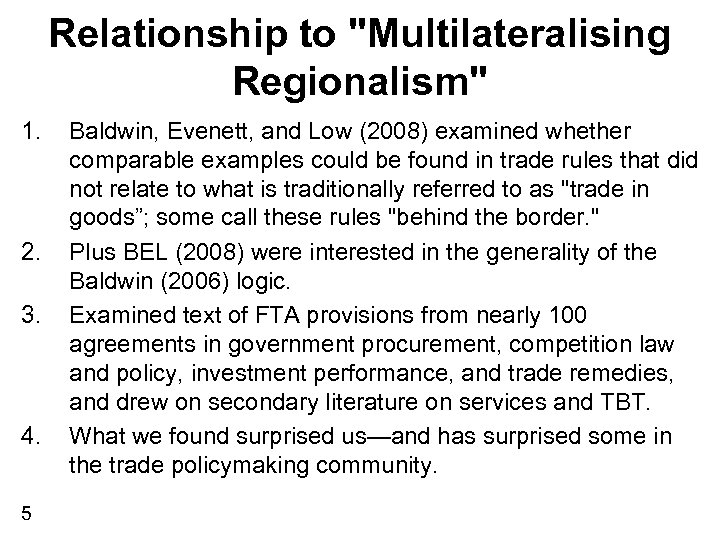 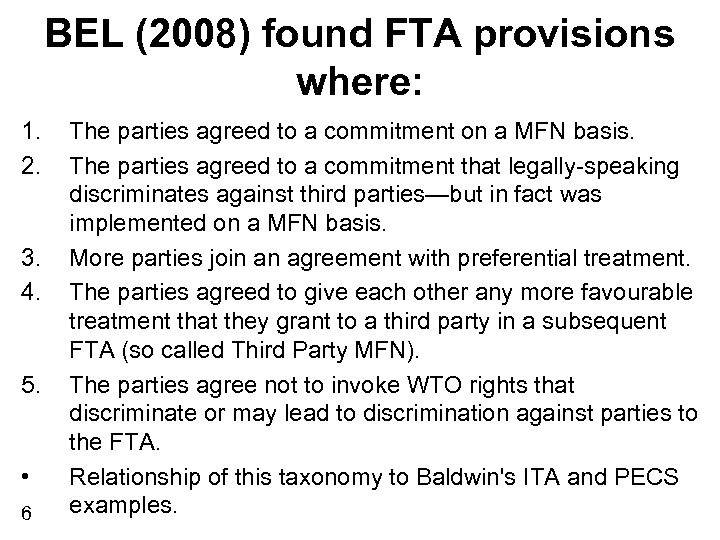 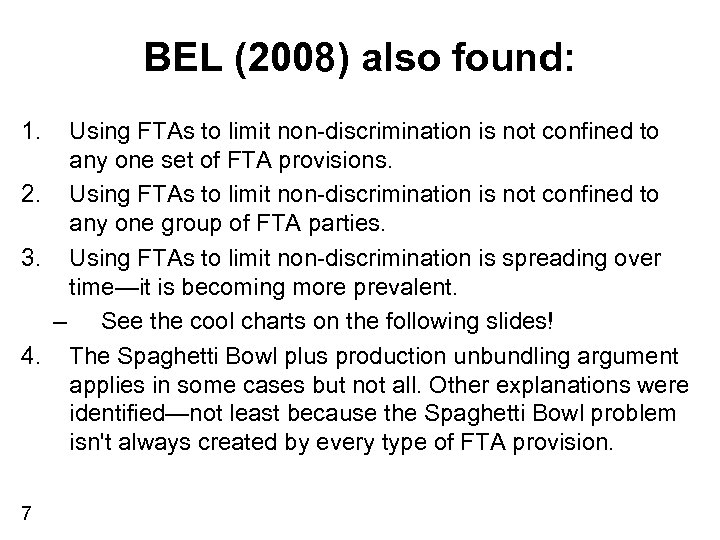 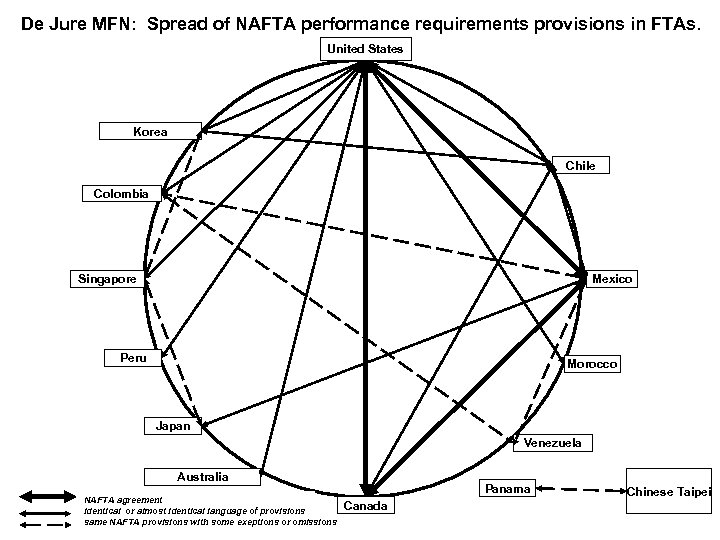 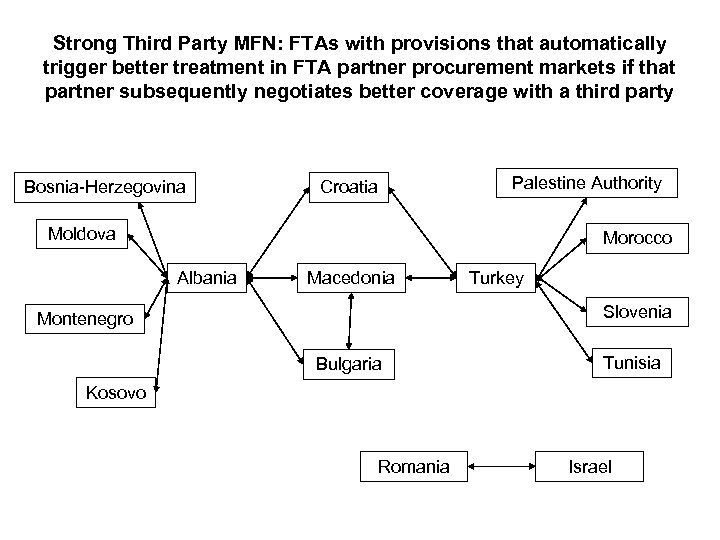 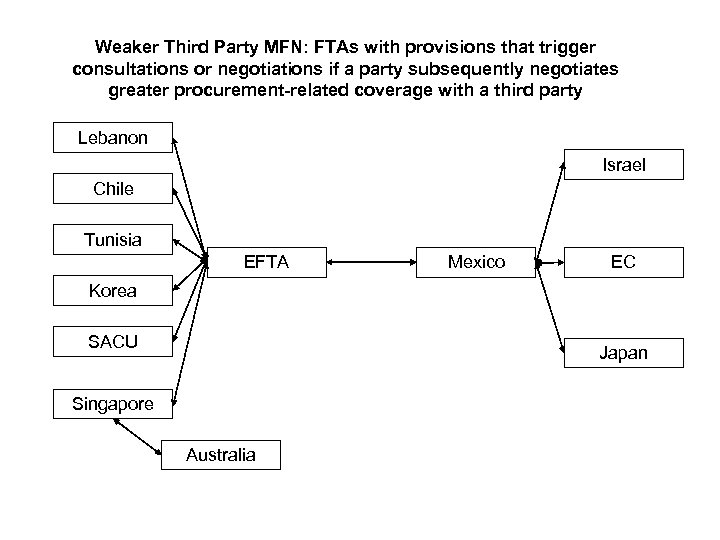 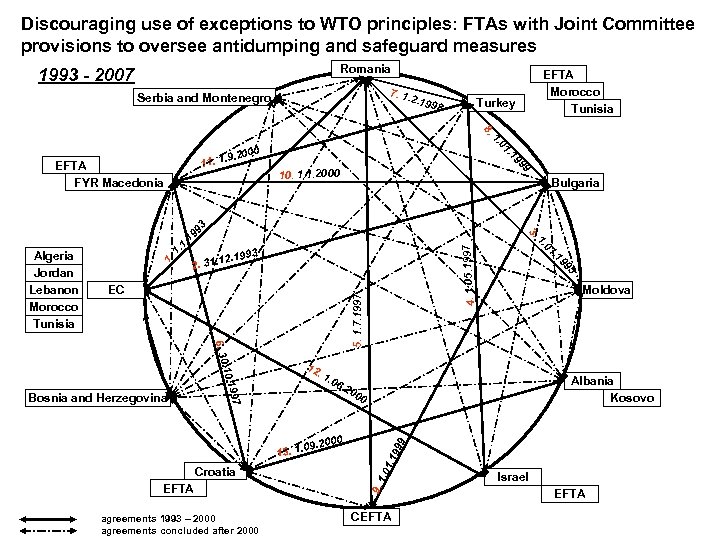 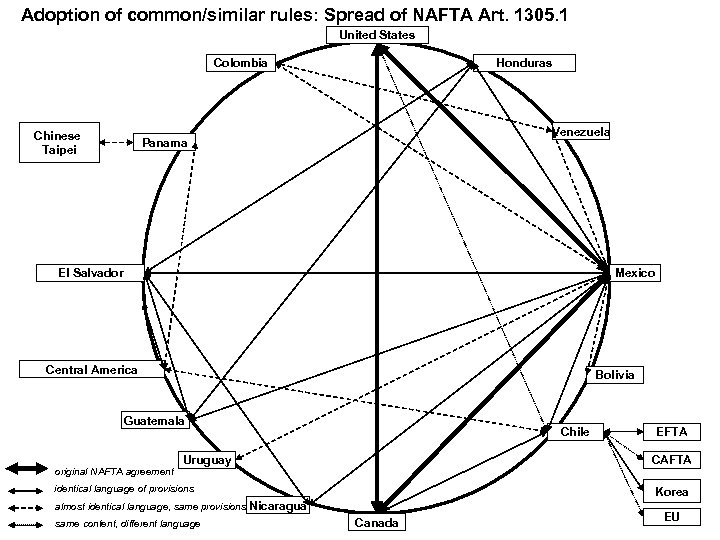 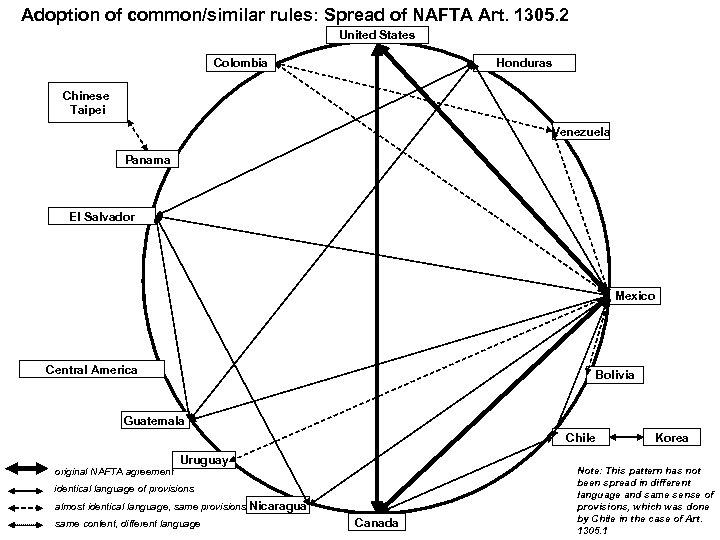 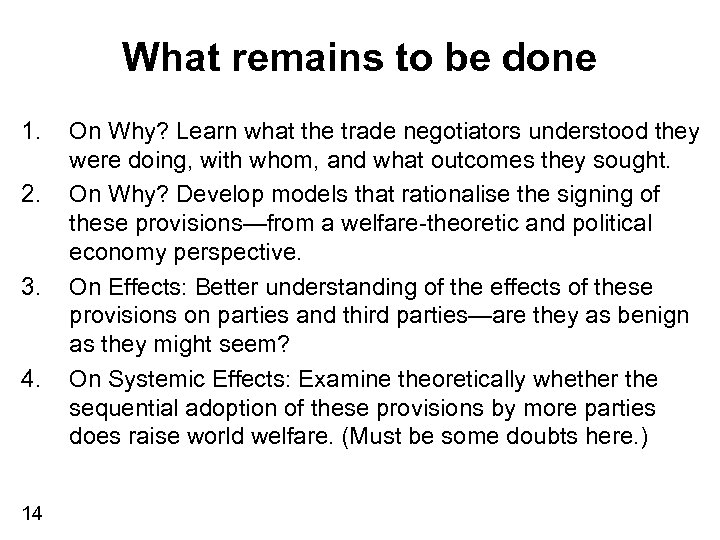 Скачать презентацию Must FTAs Be Vehicles For Discrimination Presentation at

Must FTAs Be Vehicles For Discrimination? Presentation at University of Sussex, 22 May 2008 Simon J. Evenett www. evenett. com

Contents of this presentation 1. 2. 3. 4. 2 Reflecting on the question: Must FTAs be vehicles for discrimination? Relationship to "multilateralising regionalism. " New information on certain classes of FTA non-tariff provisions. Some hard yet-to-be answered questions.

Relationship to "Multilateralising Regionalism" 1. Initial contribution was Baldwin (2006). Work followed by others including Baldwin, Evenett, and Low (2008). 2. From our joint paper: "The notion of multilateralising preferential agreements can be defined with more or less precision. The fundamental idea is obvious—a process of multilateralisation occurs when existing preferential arrangements are extended in a non-discriminatory manner to additional parties. " Hmmm. 3. Examples given in Baldwin (2006): – Information Technology Agreement (ITA) in 1995. – Rules of origin (PECS in 1997). – Baldwin's explanation: Spaghetti bowls and production unbundling. 4

Relationship to "Multilateralising Regionalism" 1. 2. 3. 4. 5 Baldwin, Evenett, and Low (2008) examined whether comparable examples could be found in trade rules that did not relate to what is traditionally referred to as "trade in goods”; some call these rules "behind the border. " Plus BEL (2008) were interested in the generality of the Baldwin (2006) logic. Examined text of FTA provisions from nearly 100 agreements in government procurement, competition law and policy, investment performance, and trade remedies, and drew on secondary literature on services and TBT. What we found surprised us—and has surprised some in the trade policymaking community.

What remains to be done 1. 2. 3. 4. 14 On Why? Learn what the trade negotiators understood they were doing, with whom, and what outcomes they sought. On Why? Develop models that rationalise the signing of these provisions—from a welfare-theoretic and political economy perspective. On Effects: Better understanding of the effects of these provisions on parties and third parties—are they as benign as they might seem? On Systemic Effects: Examine theoretically whether the sequential adoption of these provisions by more parties does raise world welfare. (Must be some doubts here. )