Music of the United Kingdom The music 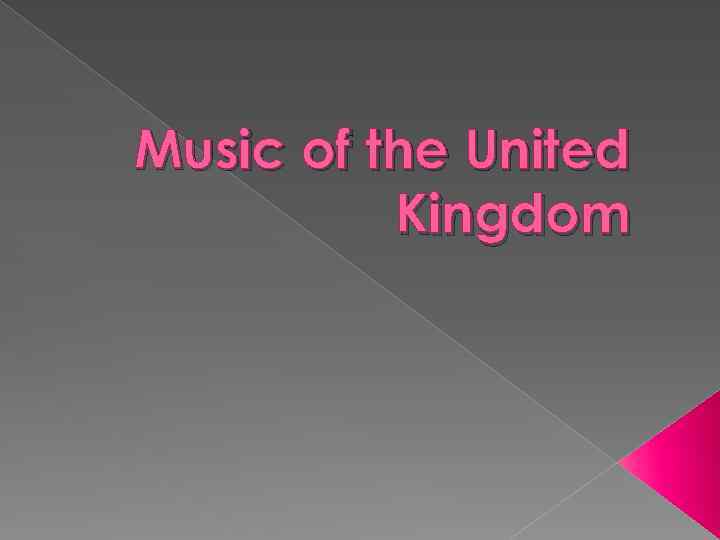 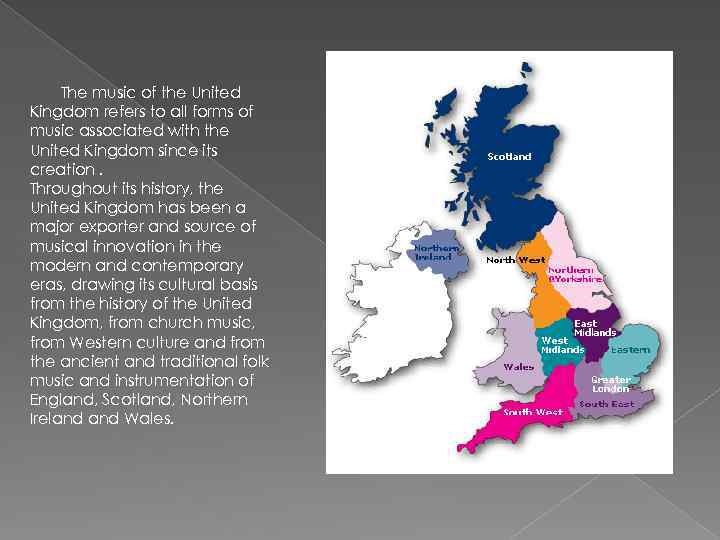 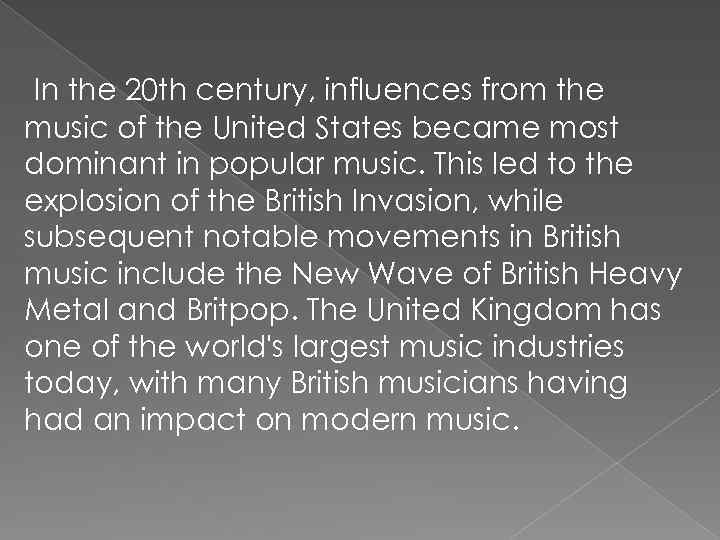 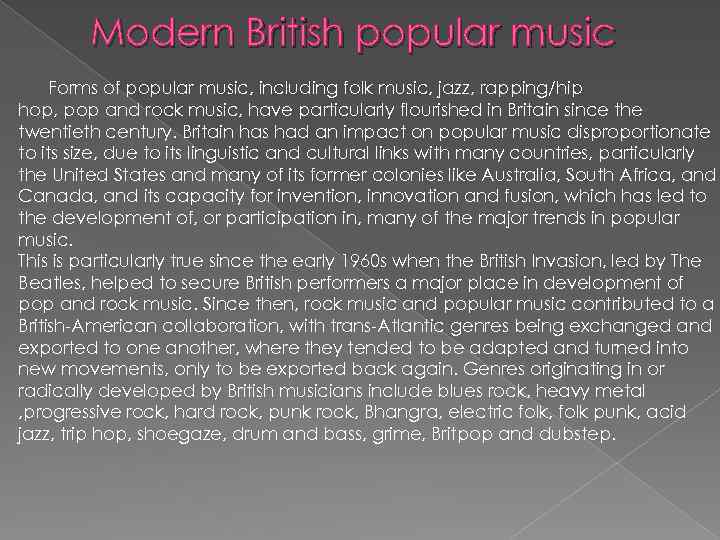 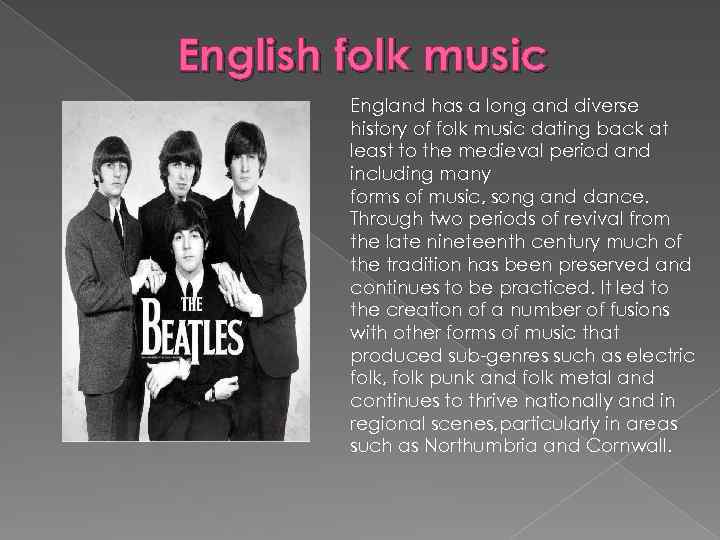 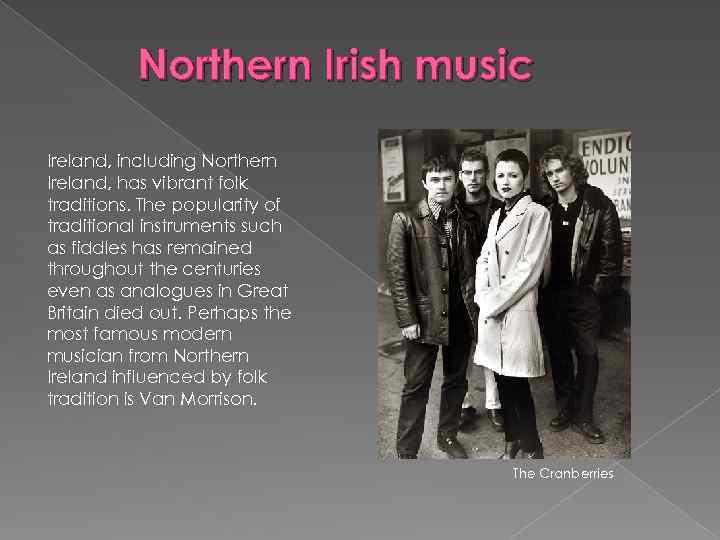 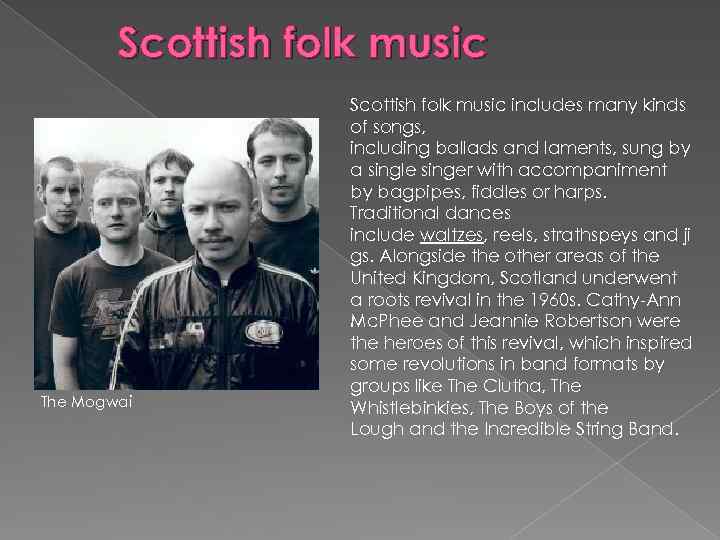 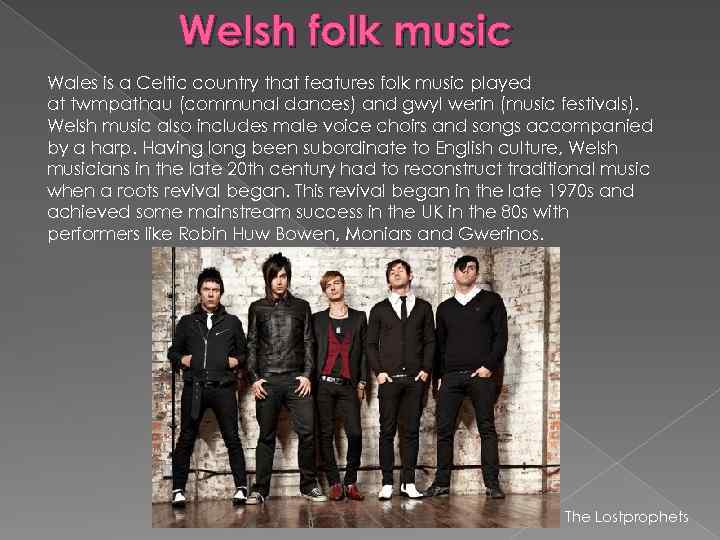 Скачать презентацию Music of the United Kingdom The music

Music of the United Kingdom

In the 20 th century, influences from the music of the United States became most dominant in popular music. This led to the explosion of the British Invasion, while subsequent notable movements in British music include the New Wave of British Heavy Metal and Britpop. The United Kingdom has one of the world's largest music industries today, with many British musicians having had an impact on modern music.

Modern British popular music Forms of popular music, including folk music, jazz, rapping/hip hop, pop and rock music, have particularly flourished in Britain since the twentieth century. Britain has had an impact on popular music disproportionate to its size, due to its linguistic and cultural links with many countries, particularly the United States and many of its former colonies like Australia, South Africa, and Canada, and its capacity for invention, innovation and fusion, which has led to the development of, or participation in, many of the major trends in popular music. This is particularly true since the early 1960 s when the British Invasion, led by The Beatles, helped to secure British performers a major place in development of pop and rock music. Since then, rock music and popular music contributed to a British-American collaboration, with trans-Atlantic genres being exchanged and exported to one another, where they tended to be adapted and turned into new movements, only to be exported back again. Genres originating in or radically developed by British musicians include blues rock, heavy metal , progressive rock, hard rock, punk rock, Bhangra, electric folk, folk punk, acid jazz, trip hop, shoegaze, drum and bass, grime, Britpop and dubstep.

English folk music England has a long and diverse history of folk music dating back at least to the medieval period and including many forms of music, song and dance. Through two periods of revival from the late nineteenth century much of the tradition has been preserved and continues to be practiced. It led to the creation of a number of fusions with other forms of music that produced sub-genres such as electric folk, folk punk and folk metal and continues to thrive nationally and in regional scenes, particularly in areas such as Northumbria and Cornwall.

Northern Irish music Ireland, including Northern Ireland, has vibrant folk traditions. The popularity of traditional instruments such as fiddles has remained throughout the centuries even as analogues in Great Britain died out. Perhaps the most famous modern musician from Northern Ireland influenced by folk tradition is Van Morrison. The Cranberries

Scottish folk music The Mogwai Scottish folk music includes many kinds of songs, including ballads and laments, sung by a single singer with accompaniment by bagpipes, fiddles or harps. Traditional dances include waltzes, reels, strathspeys and ji gs. Alongside the other areas of the United Kingdom, Scotland underwent a roots revival in the 1960 s. Cathy-Ann Mc. Phee and Jeannie Robertson were the heroes of this revival, which inspired some revolutions in band formats by groups like The Clutha, The Whistlebinkies, The Boys of the Lough and the Incredible String Band.

Welsh folk music Wales is a Celtic country that features folk music played at twmpathau (communal dances) and gwyl werin (music festivals). Welsh music also includes male voice choirs and songs accompanied by a harp. Having long been subordinate to English culture, Welsh musicians in the late 20 th century had to reconstruct traditional music when a roots revival began. This revival began in the late 1970 s and achieved some mainstream success in the UK in the 80 s with performers like Robin Huw Bowen, Moniars and Gwerinos. The Lostprophets