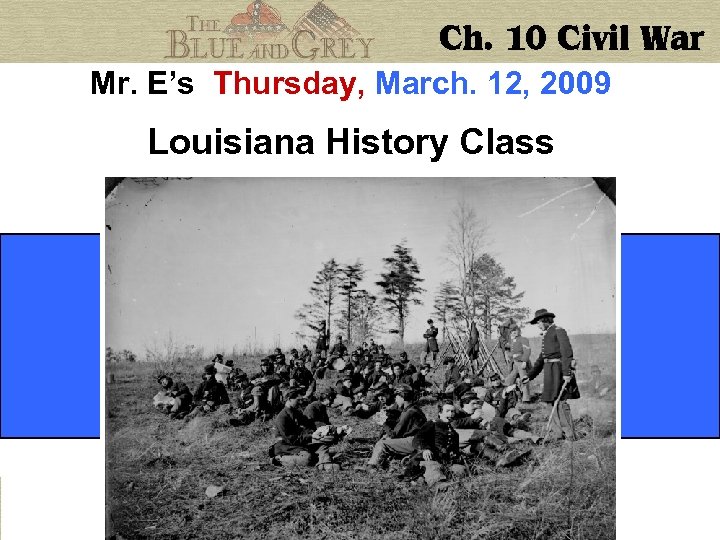 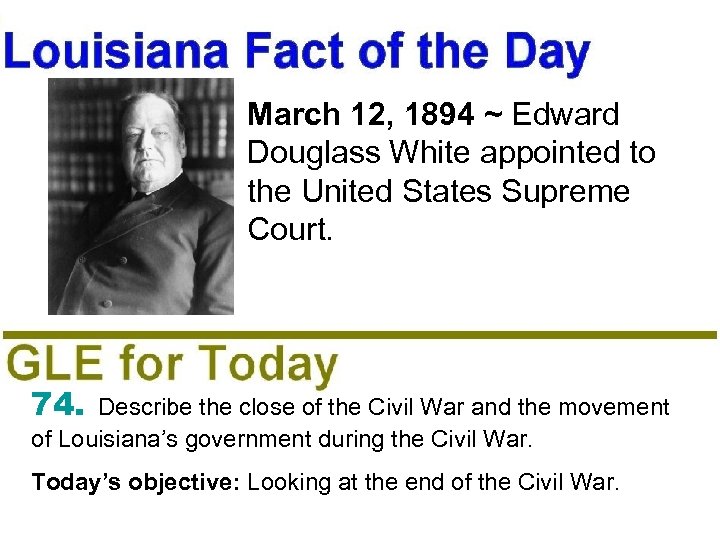 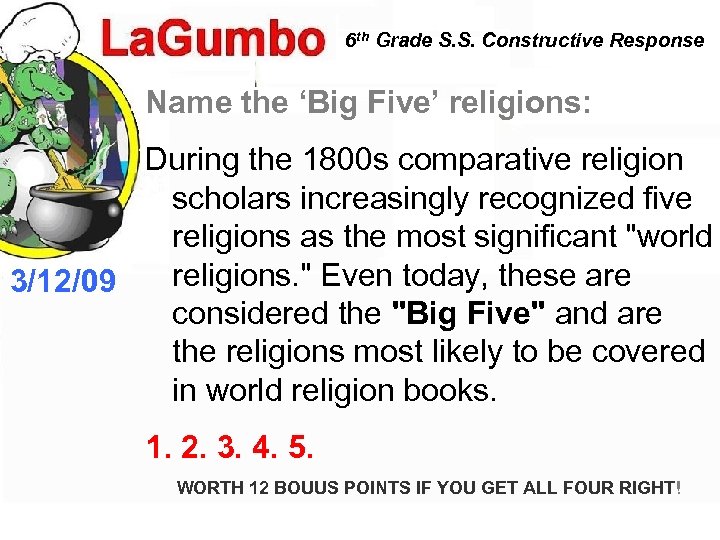 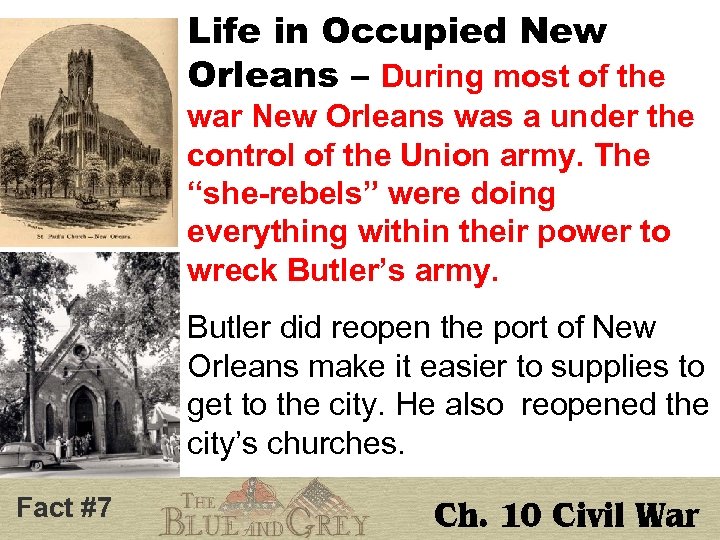 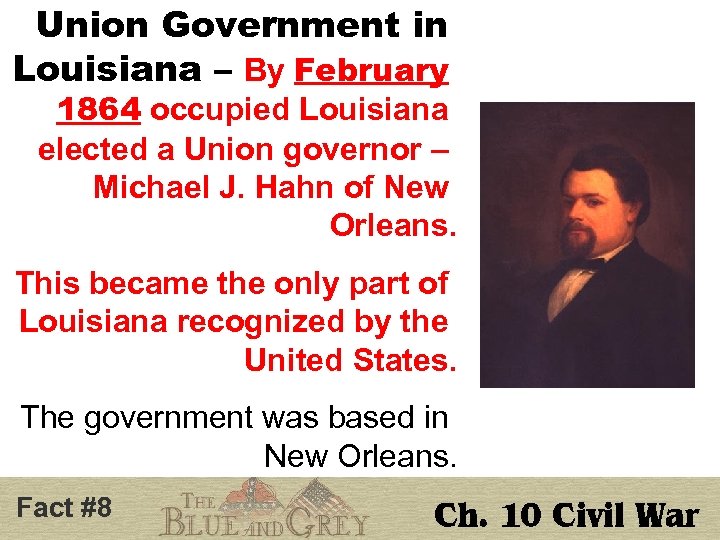 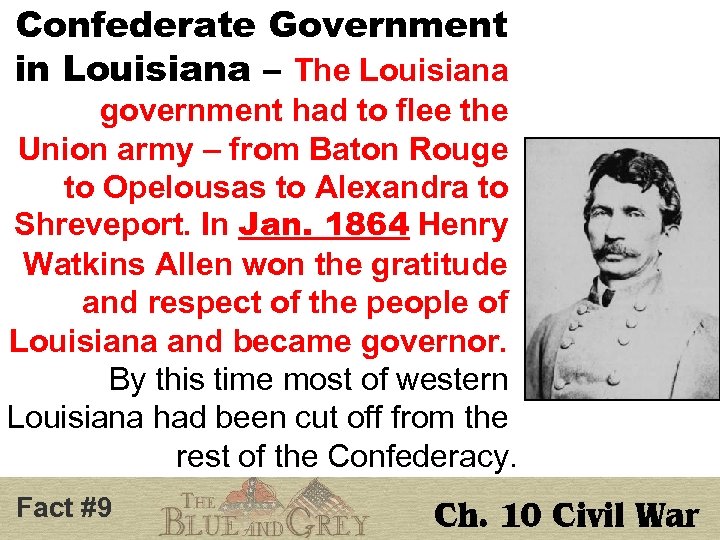 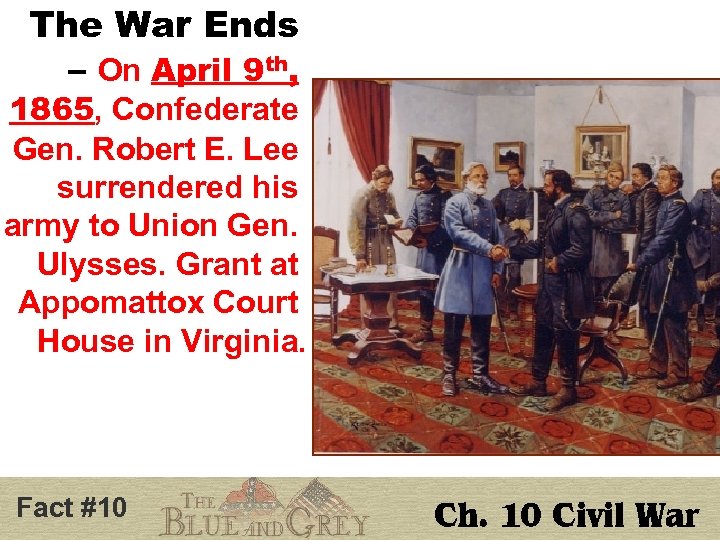 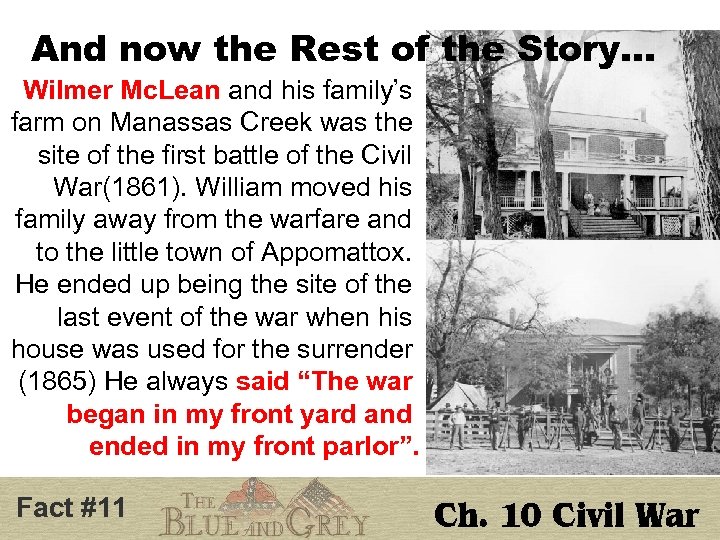 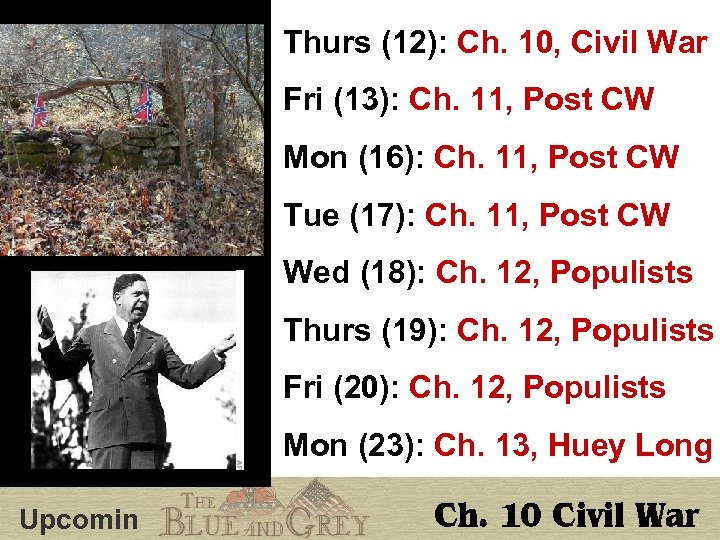 March 12, 1894 ~ Edward Douglass White appointed to the United States Supreme Court. 74. Describe the close of the Civil War and the movement of Louisiana’s government during the Civil War. Today’s objective: Looking at the end of the Civil War.

6 th Grade S. S. Constructive Response Name the ‘Big Five’ religions: During the 1800 s comparative religion scholars increasingly recognized five religions as the most significant "world religions. " Even today, these are 3/12/09 considered the "Big Five" and are the religions most likely to be covered in world religion books. 1. 2. 3. 4. 5. WORTH 12 BOUUS POINTS IF YOU GET ALL FOUR RIGHT!

Life in Occupied New Orleans – During most of the war New Orleans was a under the control of the Union army. The “she-rebels” were doing everything within their power to wreck Butler’s army. Butler did reopen the port of New Orleans make it easier to supplies to get to the city. He also reopened the city’s churches. Fact #7

Union Government in Louisiana – By February 1864 occupied Louisiana elected a Union governor – Michael J. Hahn of New Orleans. This became the only part of Louisiana recognized by the United States. The government was based in New Orleans. Fact #8

Confederate Government in Louisiana – The Louisiana government had to flee the Union army – from Baton Rouge to Opelousas to Alexandra to Shreveport. In Jan. 1864 Henry Watkins Allen won the gratitude and respect of the people of Louisiana and became governor. By this time most of western Louisiana had been cut off from the rest of the Confederacy. Fact #9

And now the Rest of the Story… Wilmer Mc. Lean and his family’s farm on Manassas Creek was the site of the first battle of the Civil War(1861). William moved his family away from the warfare and to the little town of Appomattox. He ended up being the site of the last event of the war when his house was used for the surrender (1865) He always said “The war began in my front yard and ended in my front parlor”. Fact #11