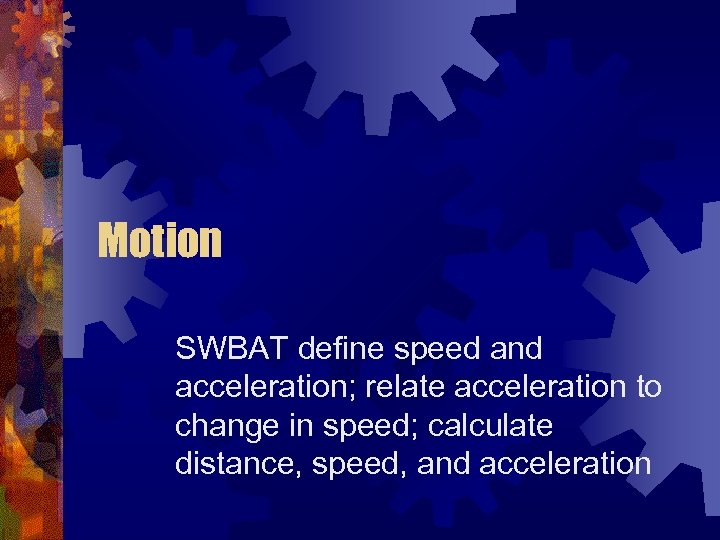 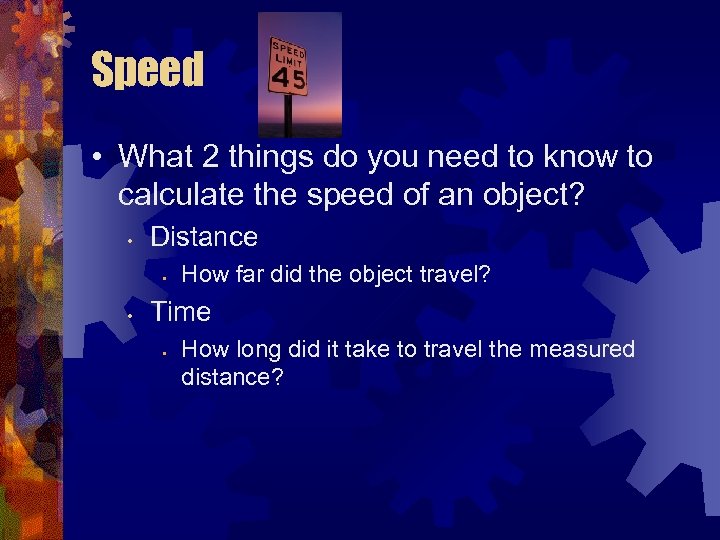 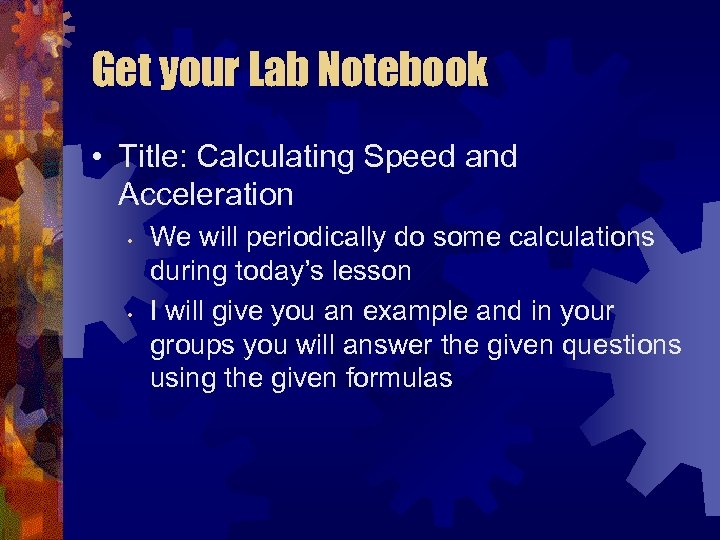 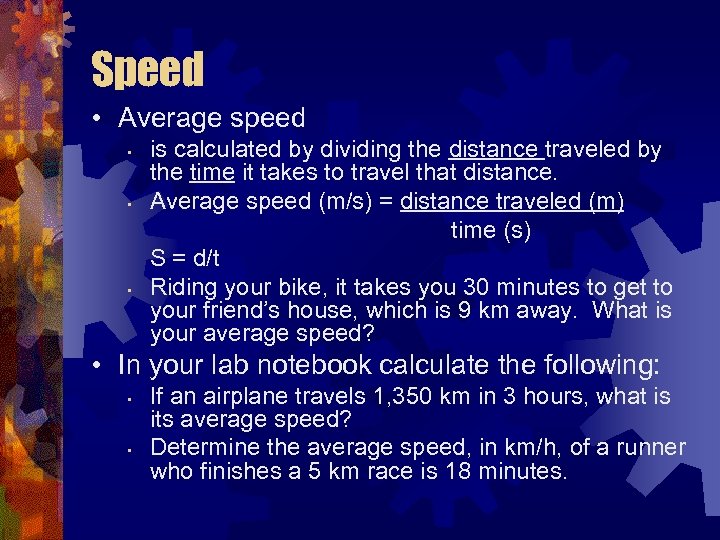 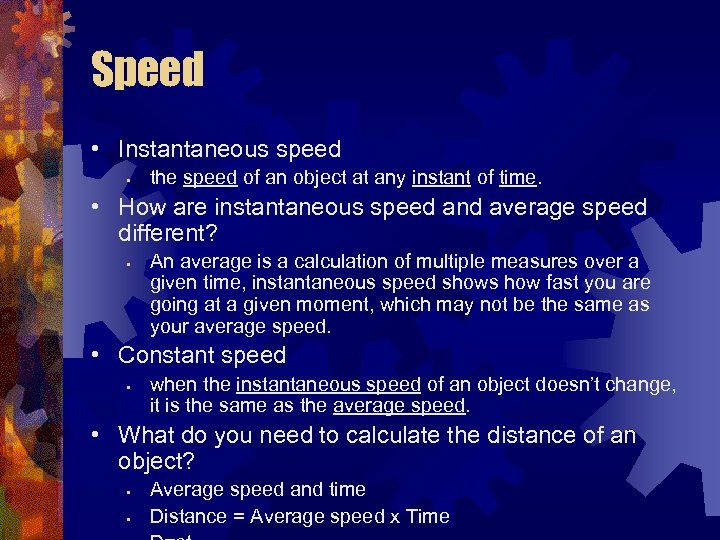 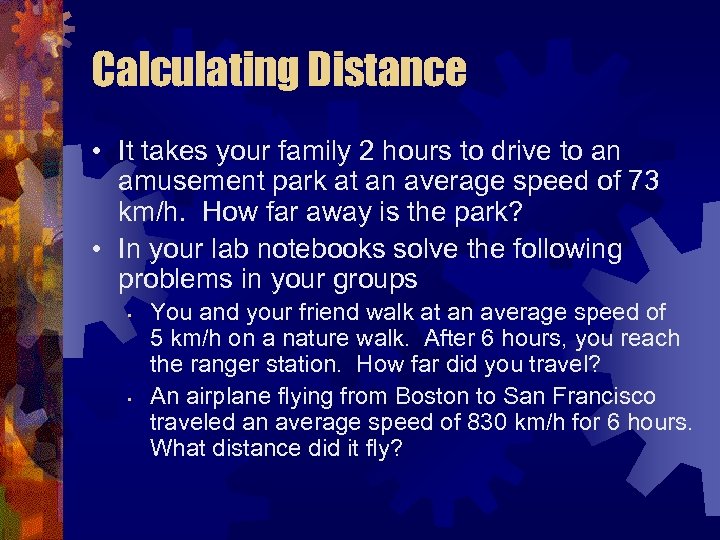 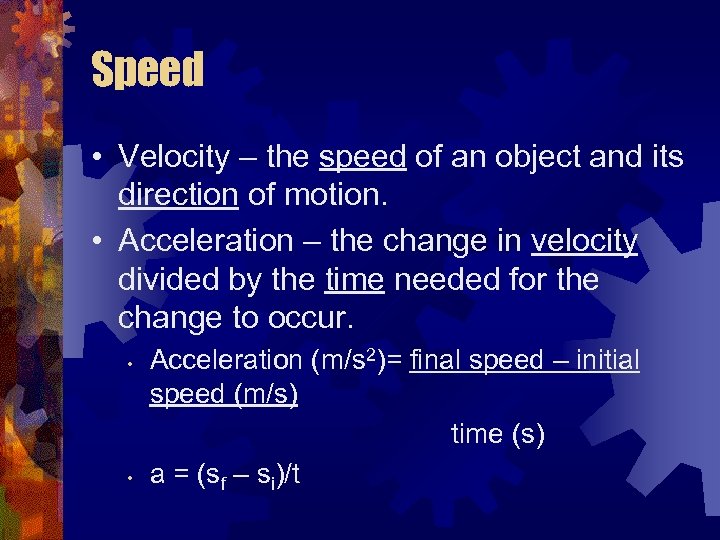 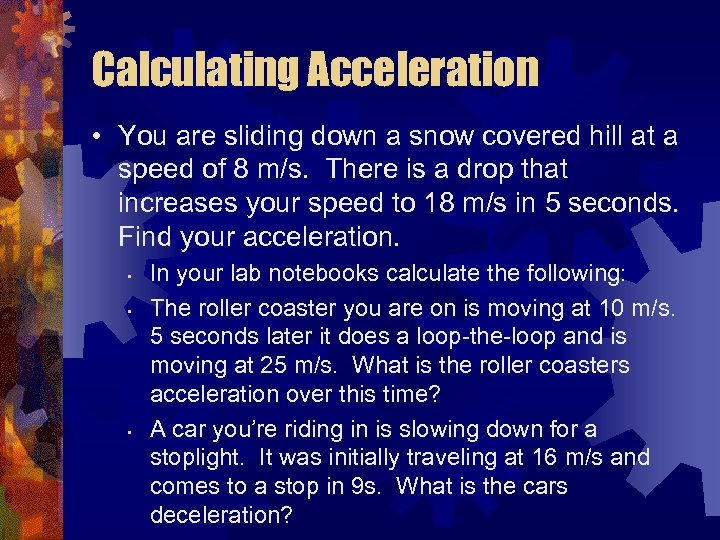 Speed • What 2 things do you need to know to calculate the speed of an object? • Distance • • How far did the object travel? Time • How long did it take to travel the measured distance?

Get your Lab Notebook • Title: Calculating Speed and Acceleration • • We will periodically do some calculations during today’s lesson I will give you an example and in your groups you will answer the given questions using the given formulas

Calculating Distance • It takes your family 2 hours to drive to an amusement park at an average speed of 73 km/h. How far away is the park? • In your lab notebooks solve the following problems in your groups • • You and your friend walk at an average speed of 5 km/h on a nature walk. After 6 hours, you reach the ranger station. How far did you travel? An airplane flying from Boston to San Francisco traveled an average speed of 830 km/h for 6 hours. What distance did it fly?

Speed • Velocity – the speed of an object and its direction of motion. • Acceleration – the change in velocity divided by the time needed for the change to occur. • • Acceleration (m/s 2)= final speed – initial speed (m/s) time (s) a = (sf – si)/t

Calculating Acceleration • You are sliding down a snow covered hill at a speed of 8 m/s. There is a drop that increases your speed to 18 m/s in 5 seconds. Find your acceleration. • • • In your lab notebooks calculate the following: The roller coaster you are on is moving at 10 m/s. 5 seconds later it does a loop-the-loop and is moving at 25 m/s. What is the roller coasters acceleration over this time? A car you’re riding in is slowing down for a stoplight. It was initially traveling at 16 m/s and comes to a stop in 9 s. What is the cars deceleration?