Morals in Political Thought The Case of Georg 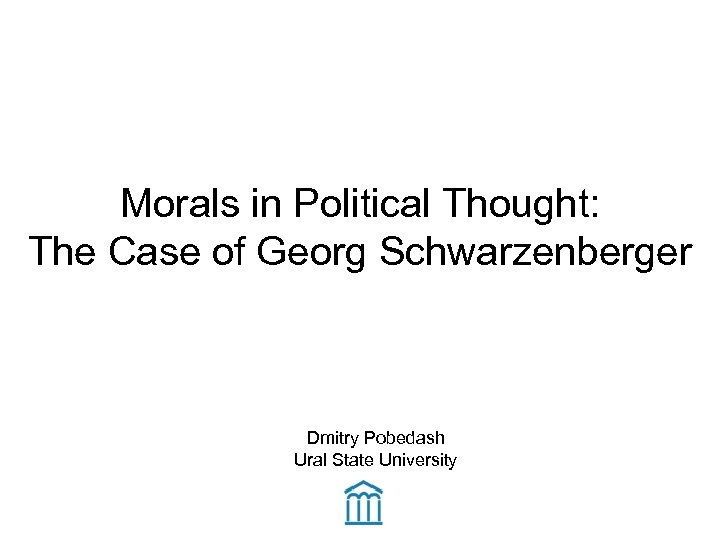 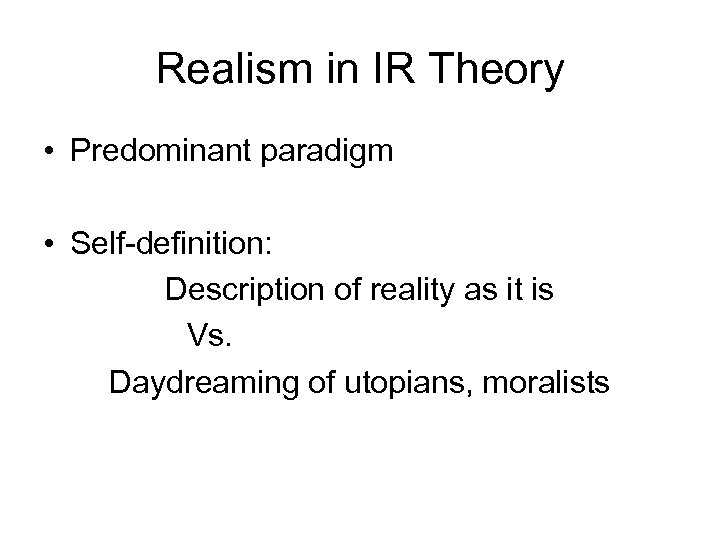 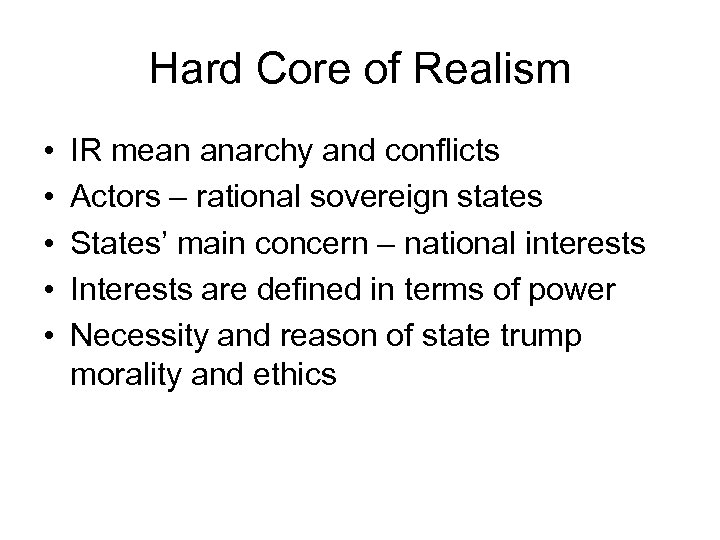 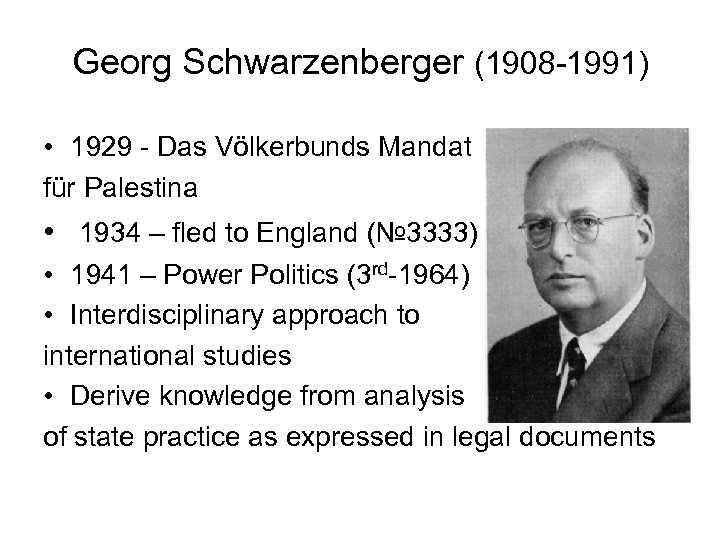 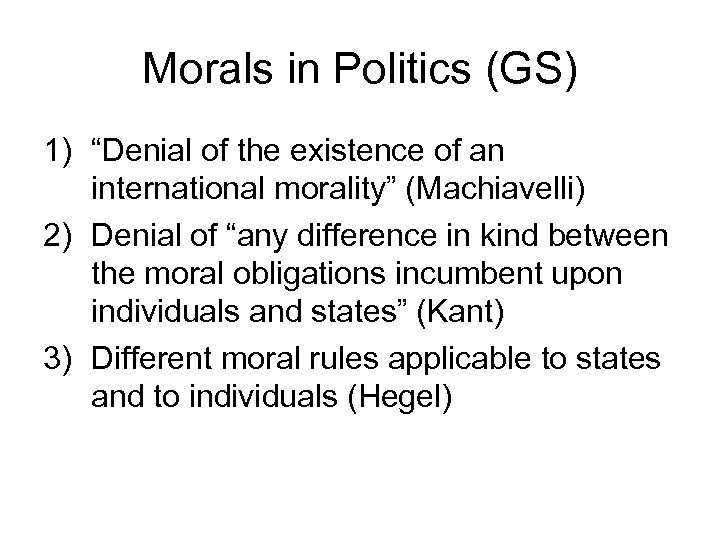 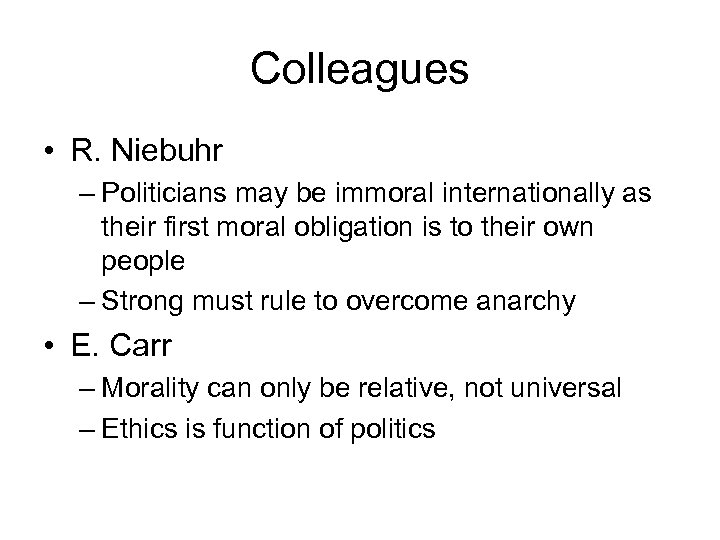 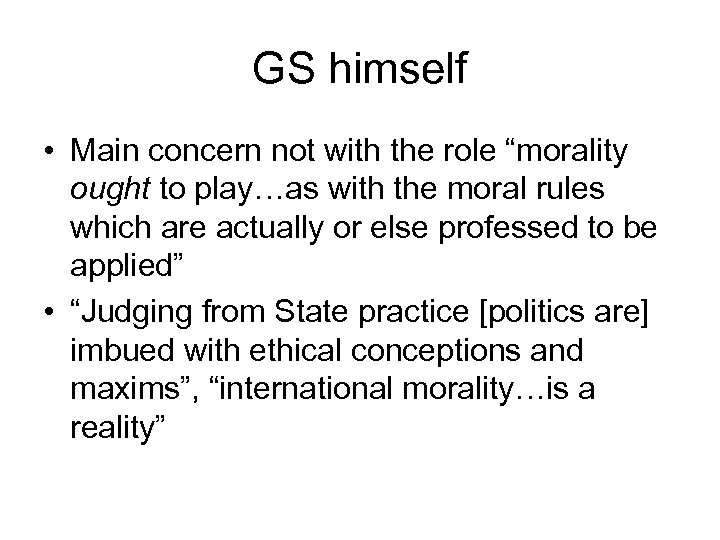 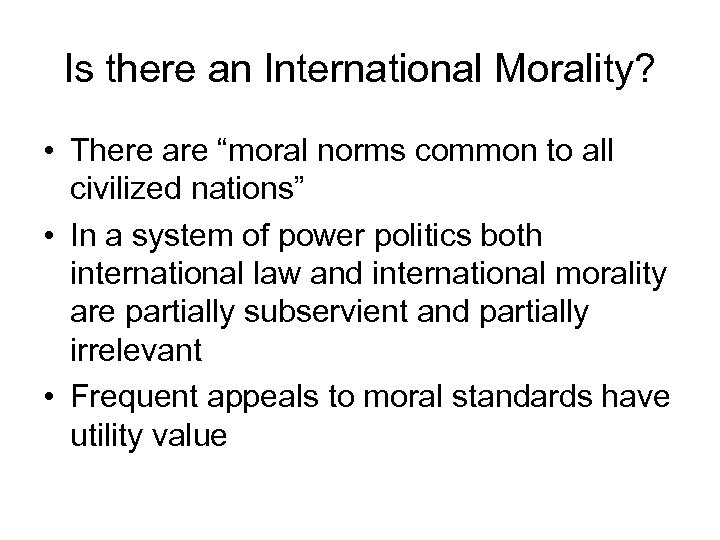 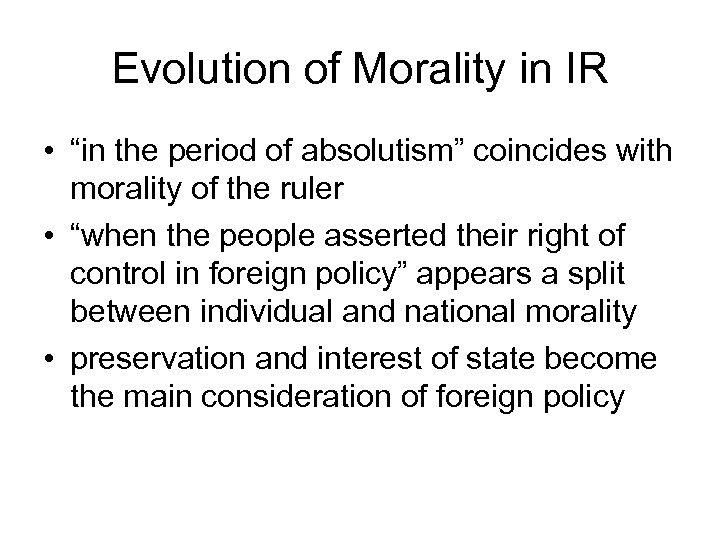 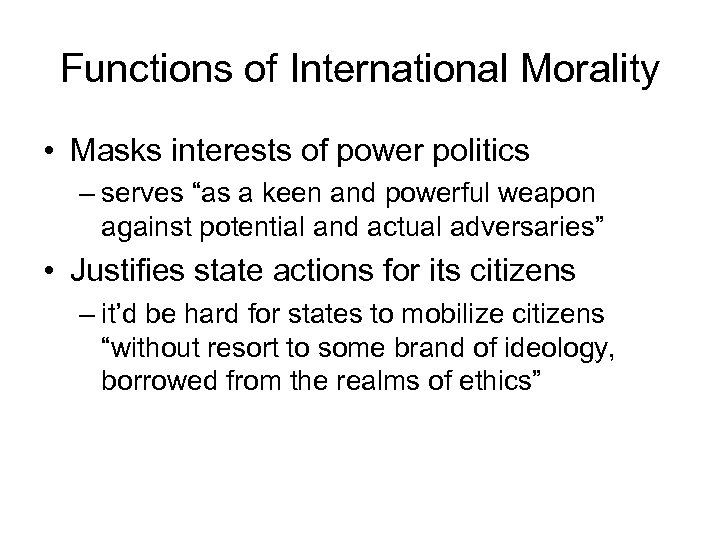 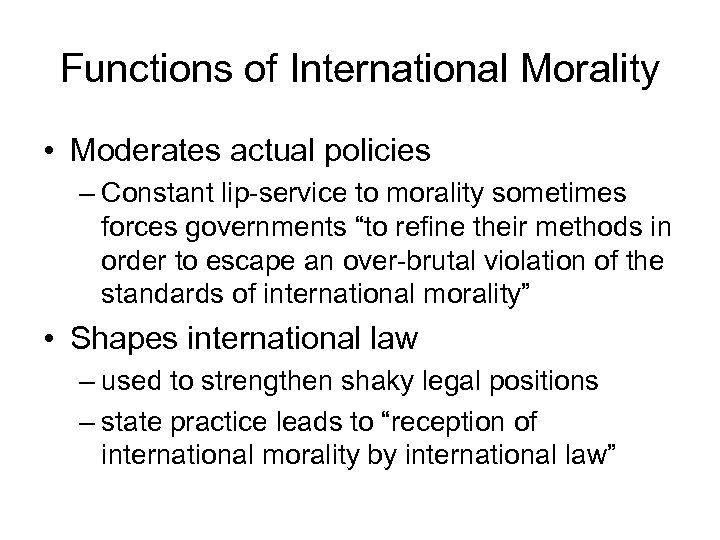 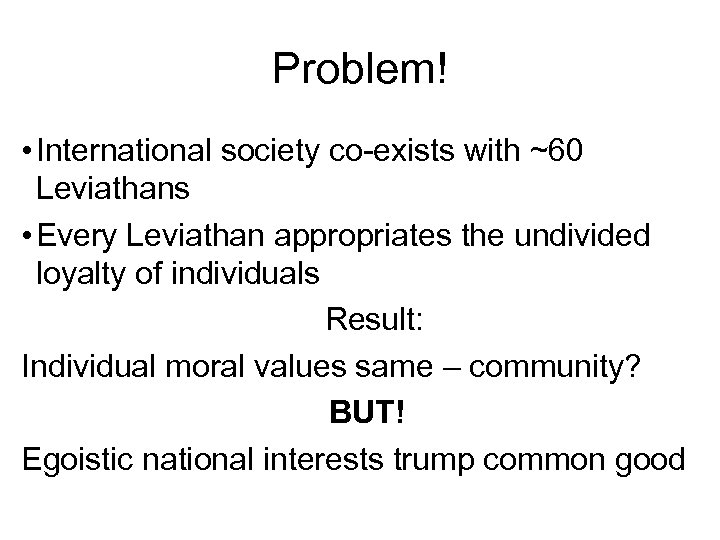 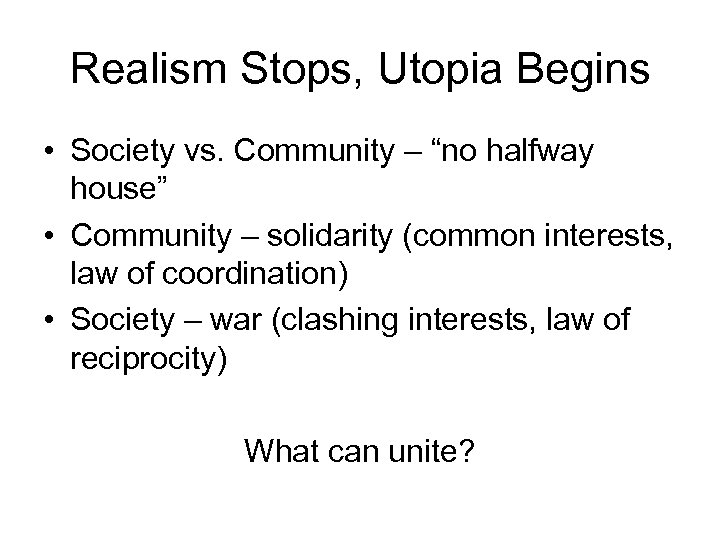 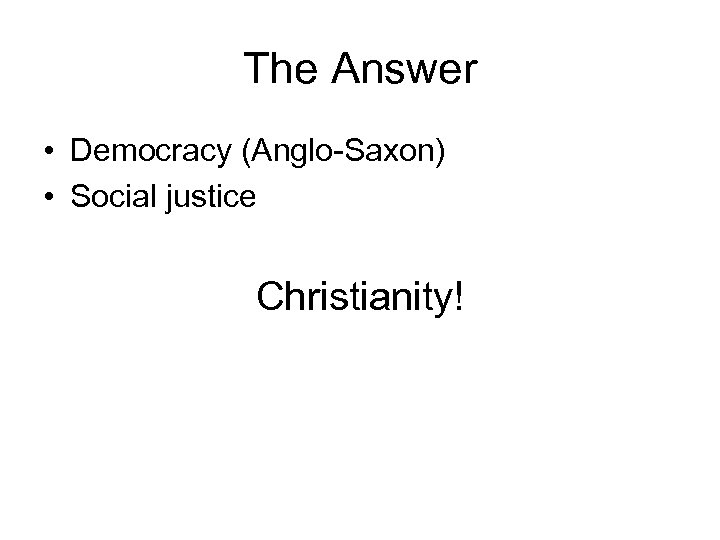 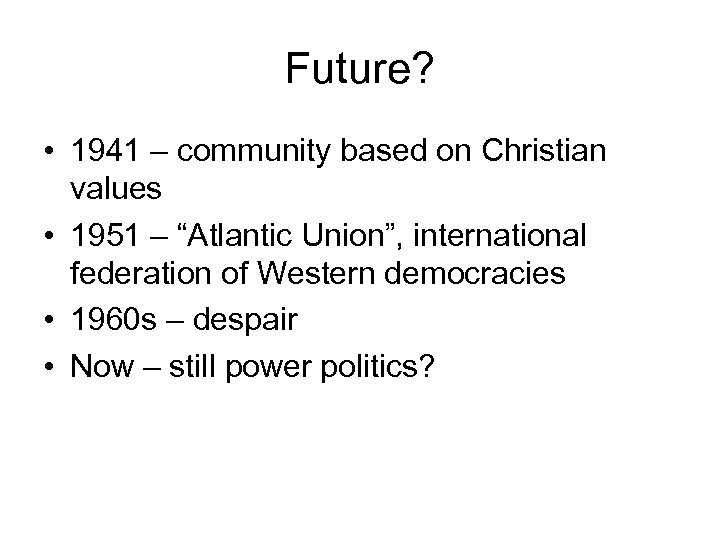 Скачать презентацию Morals in Political Thought The Case of Georg

Realism in IR Theory • Predominant paradigm • Self-definition: Description of reality as it is Vs. Daydreaming of utopians, moralists

Colleagues • R. Niebuhr – Politicians may be immoral internationally as their first moral obligation is to their own people – Strong must rule to overcome anarchy • E. Carr – Morality can only be relative, not universal – Ethics is function of politics

GS himself • Main concern not with the role “morality ought to play…as with the moral rules which are actually or else professed to be applied” • “Judging from State practice [politics are] imbued with ethical conceptions and maxims”, “international morality…is a reality”

Is there an International Morality? • There are “moral norms common to all civilized nations” • In a system of power politics both international law and international morality are partially subservient and partially irrelevant • Frequent appeals to moral standards have utility value

Functions of International Morality • Masks interests of power politics – serves “as a keen and powerful weapon against potential and actual adversaries” • Justifies state actions for its citizens – it’d be hard for states to mobilize citizens “without resort to some brand of ideology, borrowed from the realms of ethics”